Part two of Paul Fearnley looking back on Ronnie Peterson, via his number one mechanic 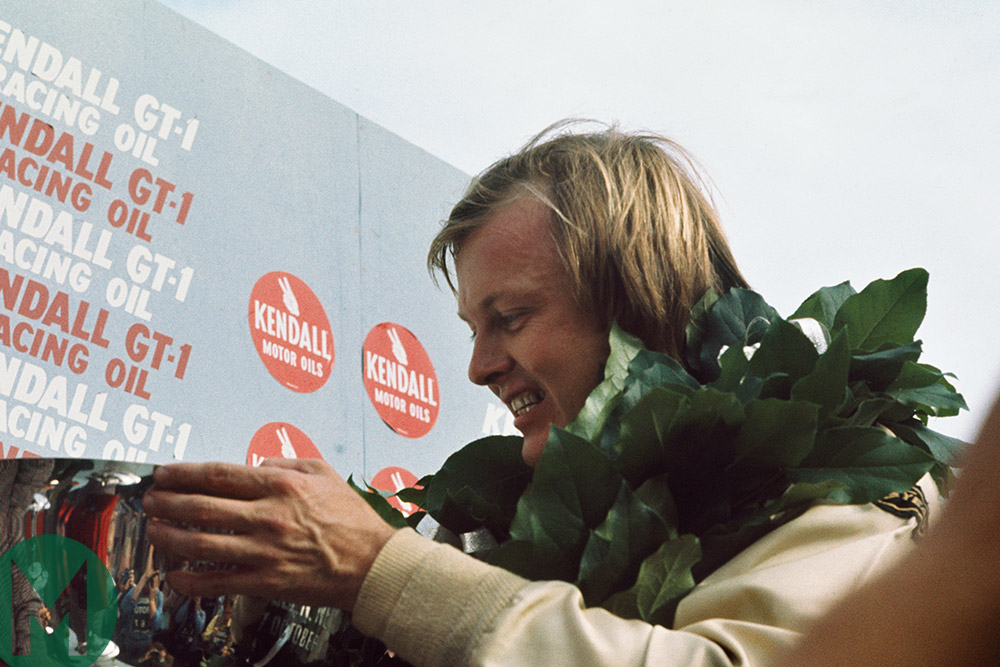 Keith Leighton was the engineer/fabricator/mechanic whom Ronnie Peterson insisted join him at Team Lotus in 1973.

They’d “grown up together” at March in Formula 2 and developed a strong bond as ‘Mad Ronald’ morphed into ‘Superswede’.

“I’d spent 1972 in F2 with Ron Dennis’s Rondel Racing,” says Leighton. “I’d signed a contract with him – but suddenly I found myself talking with Colin Chapman and [his team manager] Peter Warr in Chapman’s office: ‘Ronnie wants this to happen…’”

As had been the case at March in F2 in 1971, the beneficial effect of Leighton’s presence was not instantaneous: Peterson failed to score in the first four GPs.

Meanwhile, his reigning world champion team-mate Emerson Fittipaldi won three of those races. The last of which was achieved – despite a slow rear puncture – in a car prepared by Leighton.

“I’d been testing with ‘Emmo’ at Zolder the week before and he loved the car,” he explains. “He then travelled directly to Barcelona while I packed up and drove down there.”

This was to be the first GP for the Lotus 72’s E update.

“I was delayed at Spanish customs – never a nice experience – and didn’t arrive until Saturday morning. By which time there was a real panic on: ‘Emerson wants to drive your car!’ That was news to me. No mobile phones, don’t forget.”

There had been two timed sessions on Friday and only one now remained.

“Had it not been Ronnie at the wheel, we’d have been killed.”

Peterson qualified comfortably on pole – the hurried Fittipaldi could do no better than the fourth row – and ran away with the race until his gearbox jammed after 56 (of 75) laps.

“A nut on a pinion bearing had been backed off for a split pin to be inserted – not something I would have done – and it failed,” explains Leighton.

Peterson’s bad luck continued – despite Keith’s renewed presence – at his home GP at Anderstorp when he was denied victory on the last lap by a puncture.

At the next race, however, he played a canny game at Paul Ricard to score his maiden GP victory after letting an impatient Fittipaldi past, who then rammed Jody Scheckter’s leading McLaren.

The power within Team Lotus was shifting, according to Leighton: “Emerson was ‘done with it’ after his practice crash at Zandvoort [in July]. Ronnie had suffered a big loss at Interlagos when a rear wheel broke. And Emerson had taken note. When he suffered a similar failure – a front wheel rather than a rear – he was pissed and wanted out.”

The Brazilian withdrew early from the Dutch GP because of his ankle injuries and Peterson lost the race when in a bid to overcome yet more gearbox gremlins he buzzed his DFV with six laps to go.

“Ronnie should have been world champion that year,” says Leighton. “He was so bloody fast.” Hence those nine poles from 15 starts.

Though wins came at a rush at the season’s end – Austria, Italy and United States – Peterson would finish third in the final standings behind Tyrrell’s Jackie Stewart and Fittipaldi.

“I remember Ronnie really letting his hair down at Seneca Lodge after his win at Watkins Glen,” says Leighton.

Yet all was not rosy in the Peterson/Lotus garden.

“Chapman and Warr would sit in the conference room waffling about what they should try next: rising rate, anti-dive, total bullshit. Complete stabs in the dark. Fantasy stuff.

“The car would be different every time Ronnie got in it and he’d be like, ‘What’s going on?’ He could and would drive around problems but this was too much – 10 changes at a time – even for him.

“Ronnie was the best driver I worked with”

“So, between the Canadian and US GPs, we went testing – no Chapman, no Warr – and again, bit by bit, we made the car super fast and he loved it.”

There was, however, another problem looming. Something that Team Lotus knew nothing about let alone had control over.

Its 72 had been designed around tailored soft Firestones. When the latter withdrew – and then changed its mind, albeit too late for Lotus – Goodyear continued to favour the car in 1973.

“Emerson, the world champion, was its preferred tester,” says Leighton. “But, of course, he moved to McLaren for 1974. [And new champion Stewart had retired.] Its M23 was very different and needed a larger-diameter front tyre with a stronger construction and gradually Goodyear went in that direction.”

This left 72, with its inboard brakes, unable to heat the front tyres – “and Ronnie absolutely hated understeer. If he could get a car into a corner, we knew how well he could get it out. We all saw that at Woodcote in ’73.

“Sort of protecting him from himself.” 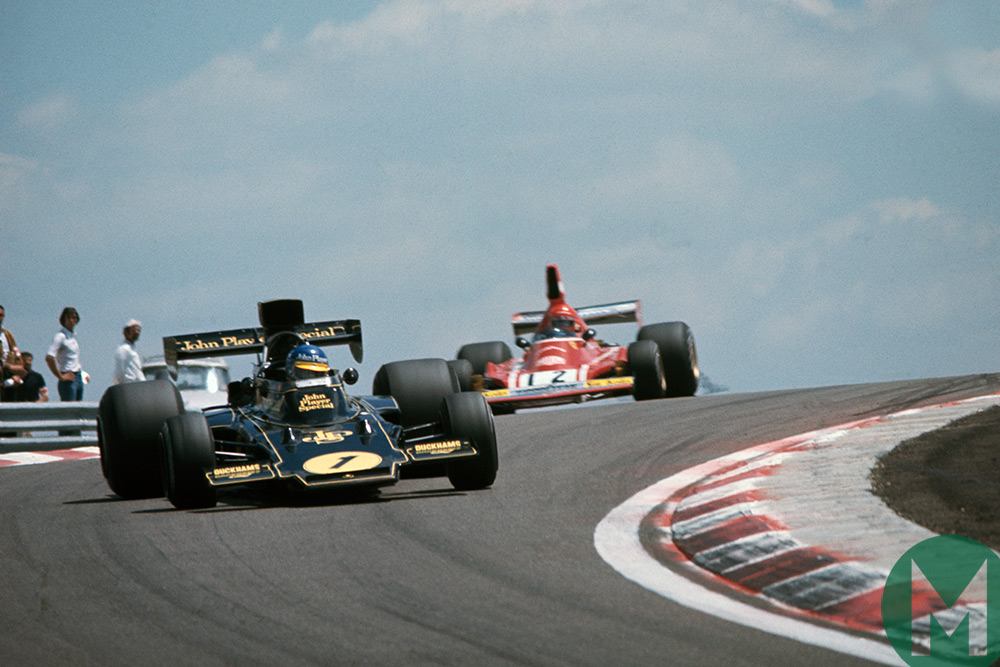 “Dijon was the best,” says Leighton. “Chapman had pretty much given up, thrown down his clipboard and said, ‘Frankly we’re wasting our time!’

“Ronnie reckoned the only way to make the car work was to fit wider-track front suspension but Chapman rubbished that before leaving for his hotel.

“We changed the car overnight; I had to make a rollbar from two short ones, cutting and welding them. The next morning Chapman told us it was junk and that it wasn’t going to work – but that’s how the car raced; it made the front end bite more.

“And we won – and we used the same set-up to win at Monza, too. But Chapman didn’t like that sort of thing happening to him.”

The venerable 72 was totally eclipsed by 1975 and working relationships began to fracture.

Peterson hung on for 1976 in order to assess the replacement design – and returned to March after one GP in the disastrous 77 ‘adjustacar’ – but Leighton had left at the end of 1975 to set up a fabrications shop in Norfolk.

“He took me around the Nürburgring in a BMW CSL in 1970. He didn’t then know the circuit well yet was really hauling ass. In the pouring rain. We approached what he thought was a fourth-gear right but which turned out to be a second-gear left. We scrambled through somehow, looked at each other and burst out laughing.

“Had it not been Ronnie at the wheel, we’d have been killed.”

Ronnie Peterson died through no fault of his own 40 years ago this week.