Whenever I’m watching a Grand Prix I’m trying to come up with a ‘story of the race’ for every driver. It begins at the start and ends wherever they do – bullet points of places gained or lost from lights out, through the pit stops, their tyre performance, any crashes and bashes, thrills and spills.

There are some days, though, when the technical, lap by lap nitty gritty just isn’t relevant and it simply comes to down to human emotions. Sunday was one of those days. 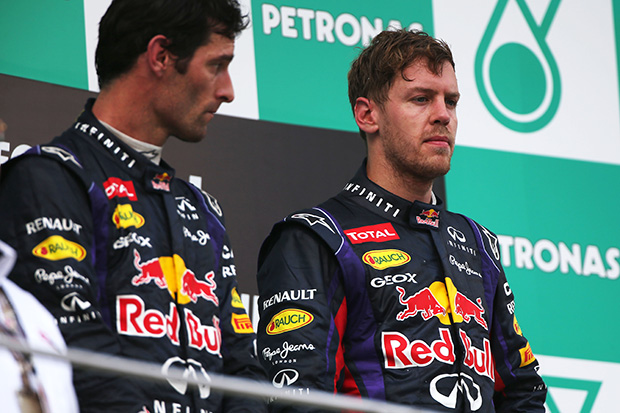 I must admit, I was feeling the pressure while waiting to speak to Sebastian Vettel and Mark Webber. I would have just three questions to sum up everything – the emotions, the politics and the repercussions. But before I could apply my brain to that I had to interview the other 20 drivers and at that point they don’t care what else has been happening on track if it hasn’t affected them. They’ve just finished their own energy-sapping 56 lap race and have their own tales of excitement – or excuses – and it’s important to get those questions right too. Interviewing the other guys meant that I couldn’t watch the podium interviews and we never get to hear the press conference so it is difficult to judge the atmosphere before the drivers arrive in front of you.

Out of the top three, it was Mark Webber who came to me first. I always enjoy interviewing him; he is thoughtful, intelligent and has a much wider view of sport and the world. I’m not sure whether that view comes with age or maybe from moving so far away from home to pursue his dreams, but he always gives an honest and direct reply to any questions and that’s all an interviewer can ask for.

It was clear that he was emotional, trying to be restrained and yet clearly wanting to get his point across. He spoke about respect between himself and Vettel, about having to let Sebastian win in the days when team orders were banned. When I asked him if he was confident he would ever be allowed to challenge for a championship if he stayed at Red Bull he said he’d been asking himself the same question in the last 15 laps of the race. 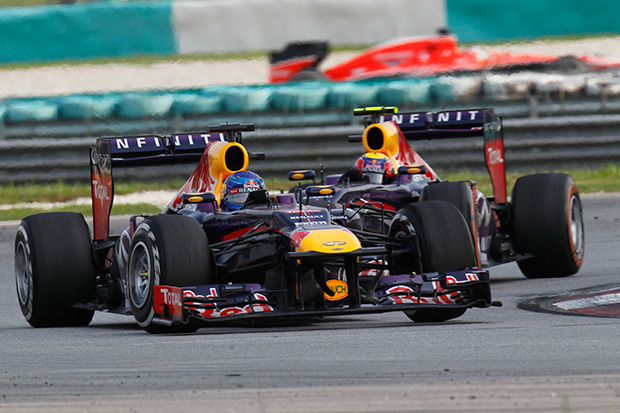 To drive at those speeds with such precision in the colossal heat and finish second with that level of emotion and turmoil going on inside your brain is incredible.

I was next in line after the German TV crews to get Sebastian, but Lewis Hamilton came to me first. I had a brief but good interview with him and he was another who was hardly bursting with joy to be on the podium, saying it should’ve been Nico Rosberg instead. During my final question I was having to signal to Vettel’s PR to keep him there as he was obviously pretty keen to leave. Missing questioning the triple world champion was not an option for me. I did feel bad for Lewis as I wrapped up the conversation so I could bring in Vettel but he understands and maybe he was just glad not be the story on this particular day!

On came Vettel. Firstly, I wanted him to confirm that the order not to pass Mark had been given. It sounds pretty basic, but that question formed the rest of the interview. He said he did receive the order and as soon as he said that, I was free to challenge him on it and ask why he chose to ignore it. I’ve always found Vettel to be great in front of the camera and a pleasure to talk to, but as the interview went on and he realised how big the story had become, he started to look increasingly awkward, even ashamed by the end.

While Mark stood tall, open and angry, Sebastian was head down and apologetic. He said he wasn’t happy to win and that he wouldn’t sleep easily. But Mark wasn’t happy to finish second and I’m sure he wouldn’t be drifting off into a relaxed slumber that night either. 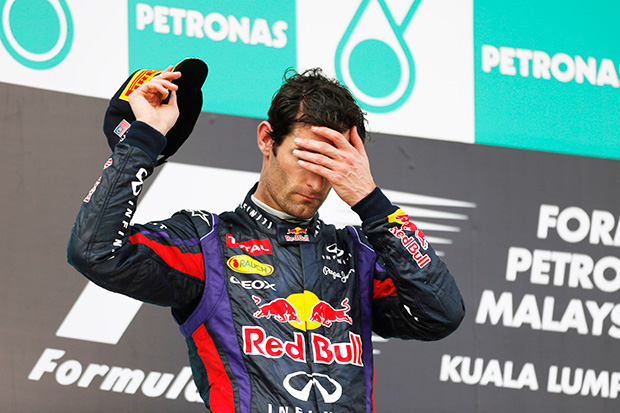 I don’t remember ever interviewing a more disheartened top four drivers. Even in Germany when Felipe Massa was told the infamous words “Fernando is faster than you”, Alonso still celebrated the win – although he had to play the part as team orders were not allowed.

If you can’t enjoy a victory then you would question the point of winning. The point is that if Sebastian Vettel goes on to win the championship by just seven points then this black cloud will suddenly have a thick silver lining and the matter will be forgotten by all those who benefit.

It certainly won’t be forgotten by others, including many more drivers than simply Mark Webber. To win races and championships you don’t have to be a nice guy on track, history proves that. It is all about where your priorities lie, winning championships or winning friends? Did Michael Schumacher lose sleep over some of his on-track antics? Who knows, but I imagine his seven world championships still give him plenty of sweet dreams.

Michael and Sebastian are friends. Just look how Schumacher moved over in Brazil last season to let his fellow German get the points he needed to win the championship. That is something which still riles Ferrari, even though Vettel would have got past eventually. 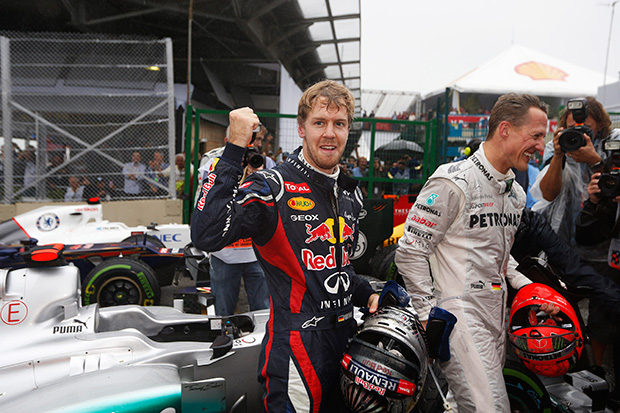 If Sebastian needs counsel he has the retired Schumacher. If Mark needs an ally then he has his friend and ubiquitous championship contender Fernando Alonso and that might be a lot more damaging to Vettel in the long run.

Mark Webber might not win a world championship and he might not be able to stop Sebastian Vettel from claiming his fourth title but one thing is for sure, he certainly won’t help him win it again. Those days ended on lap 43 on Sunday March 24, 2013.