It sounds as though Mallory Park is in a bit of a pickle. Verbal decibels have reached danger level in a row over its number of days’ usage and the noise that they generate. Its operator wants more of the former, to remain, it insists, viable in these straitened economic times, while some locals want less of the latter.

Test days have been cancelled, as have public meetings. And there is speculation that the site in Leicestershire has been earmarked for a housing estate. Circuit owner Chris Meek, a former lap record-holder, insists that he has not been approached about any such sale and that the amount of money mentioned in news stories wouldn’t even cover a deposit.

Despite the Chinese whispers, it’s undeniable that Mallory is having to revisit its working practices and the concerns that they create among its neighbours. This is hardly surprising given that the current creaking agreement has been in place since 1985. That’s a remarkable statistic when you consider how shouty the noise debate has become in recent times. 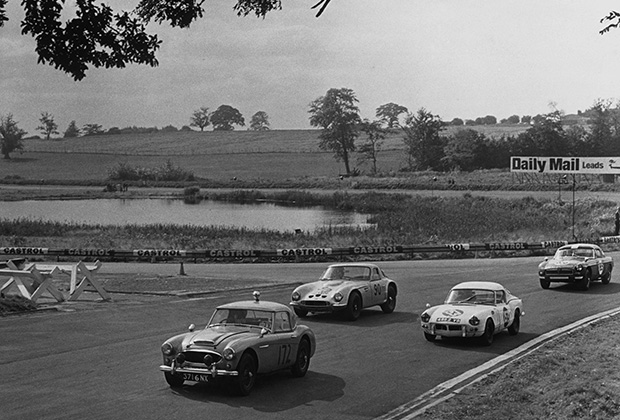 It does seem odd that you can buy a house close to a motor racing circuit and then complain about the mechanised row drifting over your fence or hedge. As someone who used to live at the end of a Heathrow runway, I am inclined to write: tough!

That’s a sentiment I once expressed to a lady who bought a house on the boundary of a cricket ground and complained on the day that she moved in about a ball landing in her garden. I took the opportunity to also snarkily point out that her new abode was directly beyond deep midwicket, a scoring area beloved by 2nd XI sloggers.

She refused to return the ball.

Fortunately, I will not be involved in the Mallory Park negotiations.

I should also point out that, according to Hinckley & Bosworth Borough Council, the complainants are not all new residents; some have lived in nearby Kirkby Mallory village for many years.

The same council document alludes to physical threats and to concerns over people from outside the borough flooding it to express their support for the circuit. The former is completely unacceptable: from either side. The latter is understandable from both points of view. 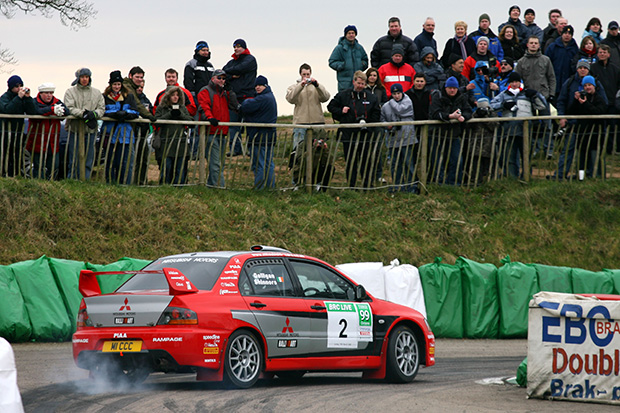 As motor sport fans, we feel compelled to help. It’s important, however, that we express our viewpoint while maintaining both an emotional and physical distance. Wading in won’t help. A resolution will require calm heads and reasoned argument. It’s been done before – 28 years ago – and so it can be done again, even though attitudes have changed and apparently hardened since.

Let’s hope the figures that I’ve read are opening bids with room for manoeuvre.

Let’s hope the matter can be kept out of the courts. For that way lie delay, disaster and disappointment.

And let’s hope that this year is not Mallory Park’s last. For it has packed a lot into its 1.35 miles during the preceding 57.

Actually, there has been a sporting venue at this former WWII RAF Standby Landing Ground – the lake in the middle is a later addition – since 1948. Initially it was used for horse trotting, and then for grasstracking – bikes and sidecars – before being metalled in 1955.

Mallory as we know it was opened in April 1956 by Bob Gerard, the redoubtable, bespectacled Leicester racer who twice came within a place of scoring a World Championship point in 1950 aboard his highly developed pre-war ERA. 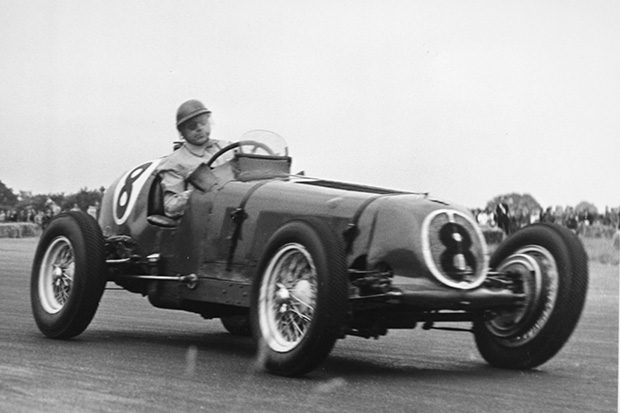 The inaugural meeting was for motorbikes and, in truth, the two- and three-wheeled brigades have had the greater affinity with the place: the British Touring Car Championship stopped its visits after 1982; the British Superbike Championship attended as recently as 2010.

John Surtees, Bob McIntyre, Mike Hailwood and Barry Sheene have won there. The most famous bike victory, however, was scored by Derby’s John ‘Mooneyes’ Cooper, whose BSA Rocket, cheered to the echo by 50,000, pipped the supposedly unbeatable MV Agusta of multiple world champion Giacomo Agostini at the 1971 Race of the Year.

In 1962, Surtees, now in his guise of racing driver, won the International 2000 Guineas on Whit Monday to give Lola its only Formula 1 victory under its own name. Jim Clark had put his Lotus 25 on pole but was never in the hunt because of fading oil pressure.

Pure F1 did not return until the national Aurora AFX Championship of 1978, with Geoff Lees giving local marque Ensign a victory. The series returned later that year and Queenslander Bruce Allison won, I kid you not, the Dave Lee Travis Trophy in a March 781. 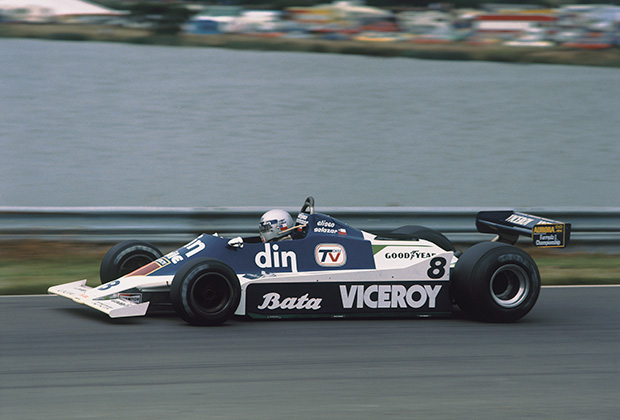 This compact track was – sorry, is – better suited to nimble Formula 2s and the cheeky Minis of John Rhodes, Warwick Banks and John Handley, plus the Saab 96 of Björn Rothstein and BMW 700 of Hubert Hahne. The latter pair fought an epic three-hour battle in 1963 in what was the ETCC’s fourth ever round. 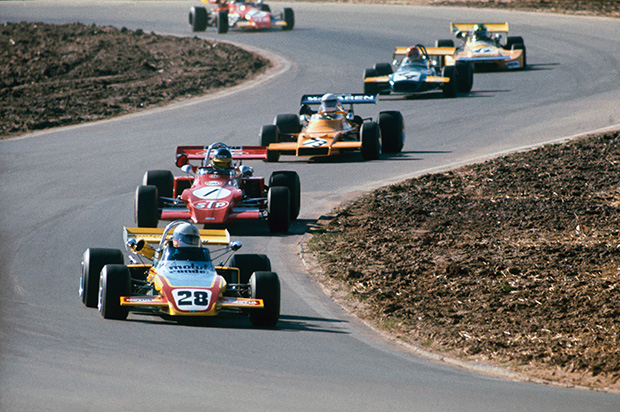 Mallory Park’s future is what really matters. But its history – even the farcical land-and-lake invasion by the Bay City Rollers’ hysterical teenaged Tartan Army at a 1975 Radio 1 Fun Day – is an inextricable part of why it matters.

As a total by the by, I noticed that the International 2000 Guineas was the 11th of 22 non-championship F1 races held in 1962. These races took the sport through from January to December, and from South Africa to South Africa via New Zealand, Belgium, Norfolk, Sussex, Pau, Liverpool, Northants, the Bay of Naples, SE20, Champagne, Solitude, Sweden, Sicily, Denmark, Cheshire, Mexico and an airfield in Western Australia.

And that year’s winner of my Non-Championship World Championship was: Jim Clark. His 58.5 points included four outright victories – plus one he shared with Team Lotus colleague Trevor Taylor in Mexico – and a trio of second places.

The other race-winners were Willy Mairesse (two for Ferrari) and – all with one each – Lorenzo Bandini, Masten Gregory, Dan Gurney, Stirling Moss, Surtees and Maurice Trintignant. 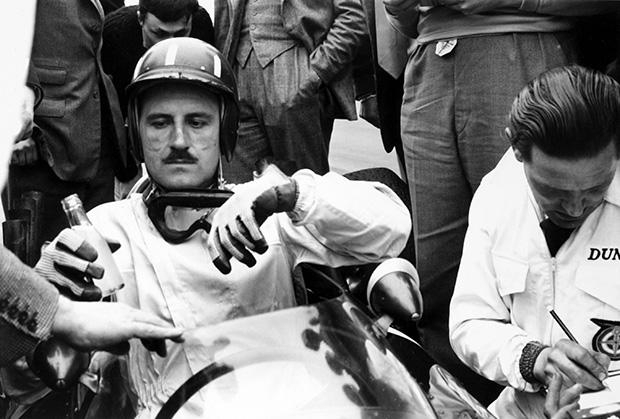 But there was a twist. My concurrent eight-round British Non-Championship Championship – with rounds at Snet, Goodwood (twice on the same day,) Aintree, Silverstone, Mallory and Crystal Palace (held on the same day), plus Oulton Park – was won by a single point by: Graham Hill, the man who would pip Clark to that year’s real World Championship.

While Clark was retiring at Mallory Park in June – a similar problem would really cost him dear at East London in December – Hill was in the process of winning the four-cylinder class in Rob Walker’s Lotus 18/21. His third place that day made all the difference.

In my hypothetical world at least. Life is so much more straightforward there.