Imagine you wanted to start an F1 team. I expect it’s a notion many of us have idly dreamed about. You have a microscopic fraction of the money of the big teams and precisely zero experience of racing at the top level. But somehow you manage to persuade a talented engineer to leave his steady job and join your happy ship of enthusiastic amateurs. 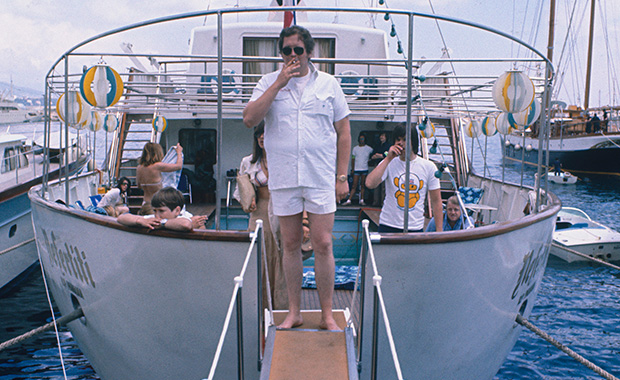 He designs you a car which is to be driven by a young tearaway you’re sure would have some potential if only he’d stop crashing. The establishment shuns you as the collection of feckless public school dilettantes you appear to be, an image you do little to discourage. Indeed you charter yachts in the Monaco harbour and turn up in the paddock in a Rolls-Royce.

And yet despite all their money, their experience, technology, facilities and manpower, your car is quicker than theirs and, after a couple of false starts and in only your third ever race as a constructor, you beat them hollow.

As a script it would be dismissed as pure hokum, a puerile fantasy without so much as a fingernail’s grasp on the real world. Life just isn’t like that.

But it was, and a mere 40 years ago. It is as well the history of Hesketh Racing is so well documented because were there not the footage, the articles and the happily still fully functioning memories of most of those who were there at the time, you’d be accused of making up it up, or at least distorting its reality to such an extent it had become a work of fiction. 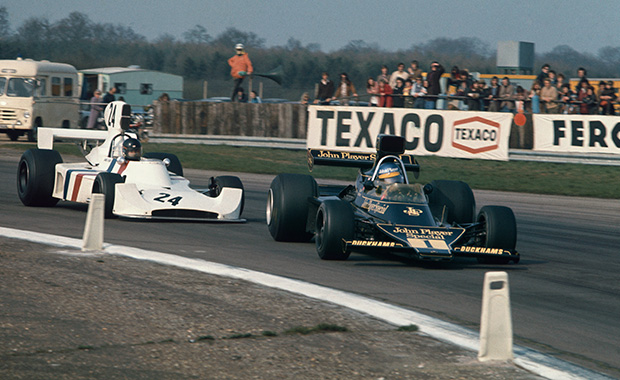 But in 1974 James Hunt really did win a Formula 1 race in only Hesketh’s third race with its own car, and against Brabham, McLaren, BRM, Surtees and a certain mad Ronald Peterson in a JPS Lotus.

I mention all this now because that very Hesketh, Dr Harvey Postlethwaite’s first original design for the team, is to be sold by RM Auctions at its Monaco sale on May 10. It’s an extraordinary sale with a catalogue so big and heavy it could have been dropped by a travelling encyclopaedia salesman and the Hesketh is likely to be a long, long way from its most expensive lot.

The value of F1 machines is notoriously difficult to predict, but with an estimate of €400,000-€700,000 this white slice of British racing heritage does seem priced to excite. This is, after all, the car in which James Hunt, having been left on the line at the Daily Express International Trophy at Silverstone, battled back from 15th place to take the lead from Superswede in a move of such breathtaking audacity down the inside at 160mph into the old Woodcote bend that when you watch it on YouTube (you need to search for Murray Walker’s touching 1993 eulogy to the recently departed Hunt), you’ll rank it up there with Hӓkkinen on Schumacher at Spa or Senna on most of the field at Donington. 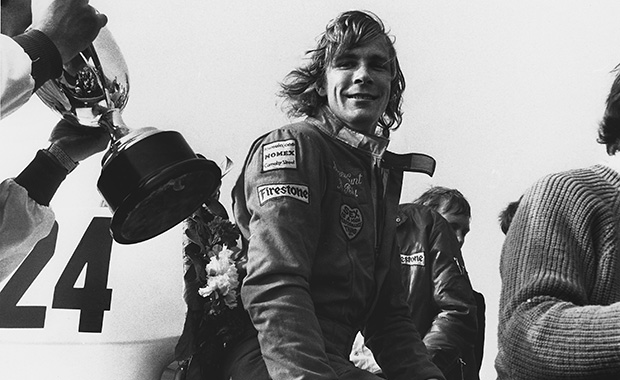 I shall be in the crowd on May 10, hands firmly by my sides, to see what happens to it. I would love it to be bought by an enthusiast who’ll drive the wheels off it, rather than it being left as something to be looked at. That is not what Doc Postlethwaite would have had in mind at all.

In the meantime if you’d like to be reminded in rather greater detail of a story you really couldn’t make up, I’ve spoken to Lord Hesketh and Bubbles Horsley – the two principle surviving protagonists of Hesketh Racing and been granted a few laps of Donington in the car too. It’s all in the next issue of Motor Sport and I hope you feel I’ve done justice both to the car, its sorely missed driver, and that extraordinary collection of mavericks who brought it into existence.