Max Verstappen had Paul Fearnley enthralled at Interlagos, bringing to mind some of the sport’s most gifted 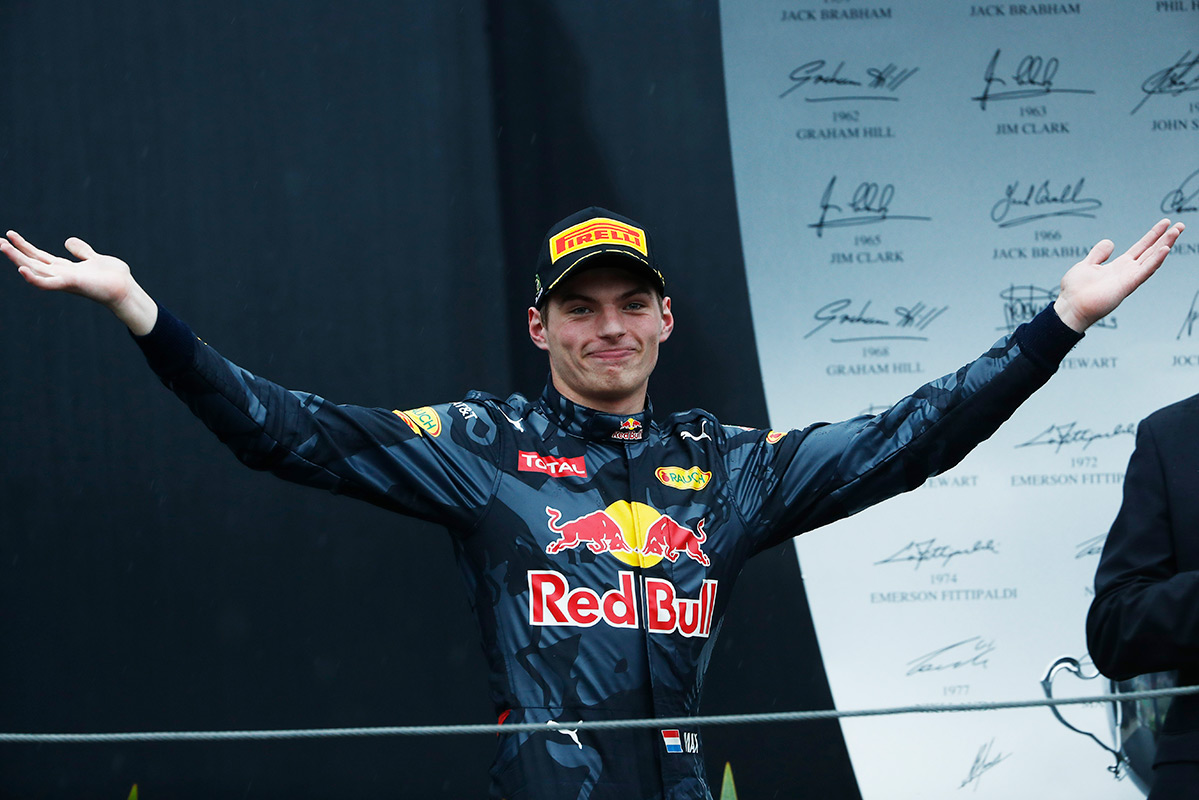 I refer to Gilles, although Jacques to be fair had his moments, as Michael Schumacher would attest: Estoril’s Parabolica, 1996.

(Twenty years ago! Of which, more anon.)

Not Mansell (too melodramatic). Not Senna (too fundamental). Not Schumacher (too efficient). Not Hamilton (since 2008 too much like Mansell).

No, not since Gilles has a racing driver grabbed my attention like Max Verstappen has.

His parents named him well.

That youthfulness is an undoubted constituent of my thralldom. Who of us for whom summer is fading into autumn doesn’t yearn for a teenager’s spring of eternal hope?

But freakish talent – if you are good enough, you are old enough – is the clincher: the ability to find grip and gaps where others lose theirs or choose to mind their business.

On a grisly Sao Paulo day and barely acceptable tyres that saw world champions Fernando Alonso, Kimi Räikkönen and Sebastian Vettel on the grass or in the wall, the newest member of Formula 1’s elite – whether they like it or not (and not that Max seems to care) – ran rings: down the inside; around the outside; from way back; from beneath a gearbox; lunges and lances – all apparently under perfect control.

Even when he lost it he managed to gather it, in breathtaking, buttock-clenching style.

“My heart rate went up a little.” I would have had a cardiac. pic.twitter.com/fpKQvAweXU

Being in a Red Bull helped – downforce has it upsides in a downpour – and Daniel Ricciardo had his moments on Sunday.

Indeed the brilliant Australian has this season generally held sway over his precocious, late-coming team-mate. It was he who should have won in Spain; and in Monaco, too, where he was mesmeric in the rain whereas Verstappen crashed twice in a single weekend.

But the latter’s audacious pass of the former at Interlagos felt like a sea change. There were extenuating circumstances – but who remembers those on so memorable an occasion.

Laid-back Ricciardo might have to make his big-money move sooner rather than later.

If now he gets the chance.

Even Hamilton, serene in victory in Brazil – “Silverstone in 2008 was way harder than this” – must know that Verstappen holds the future’s keys; that it will arrive sooner rather than later.

Villeneuve, in contrast, was still in-waiting three years after loyally sitting behind world champion-elect team-mate Jody Scheckter at Monza. Dogged by Ferrari dogs thereafter, his naïveté was brutally revealed just two weeks before his death at Zolder in 1982.

Despite his age, Verstappen appears more worldly than the Québecois ex-snowmobile racer ever did in his 32 years. Though that, of course, was a constituent of Villeneuve’s charm. 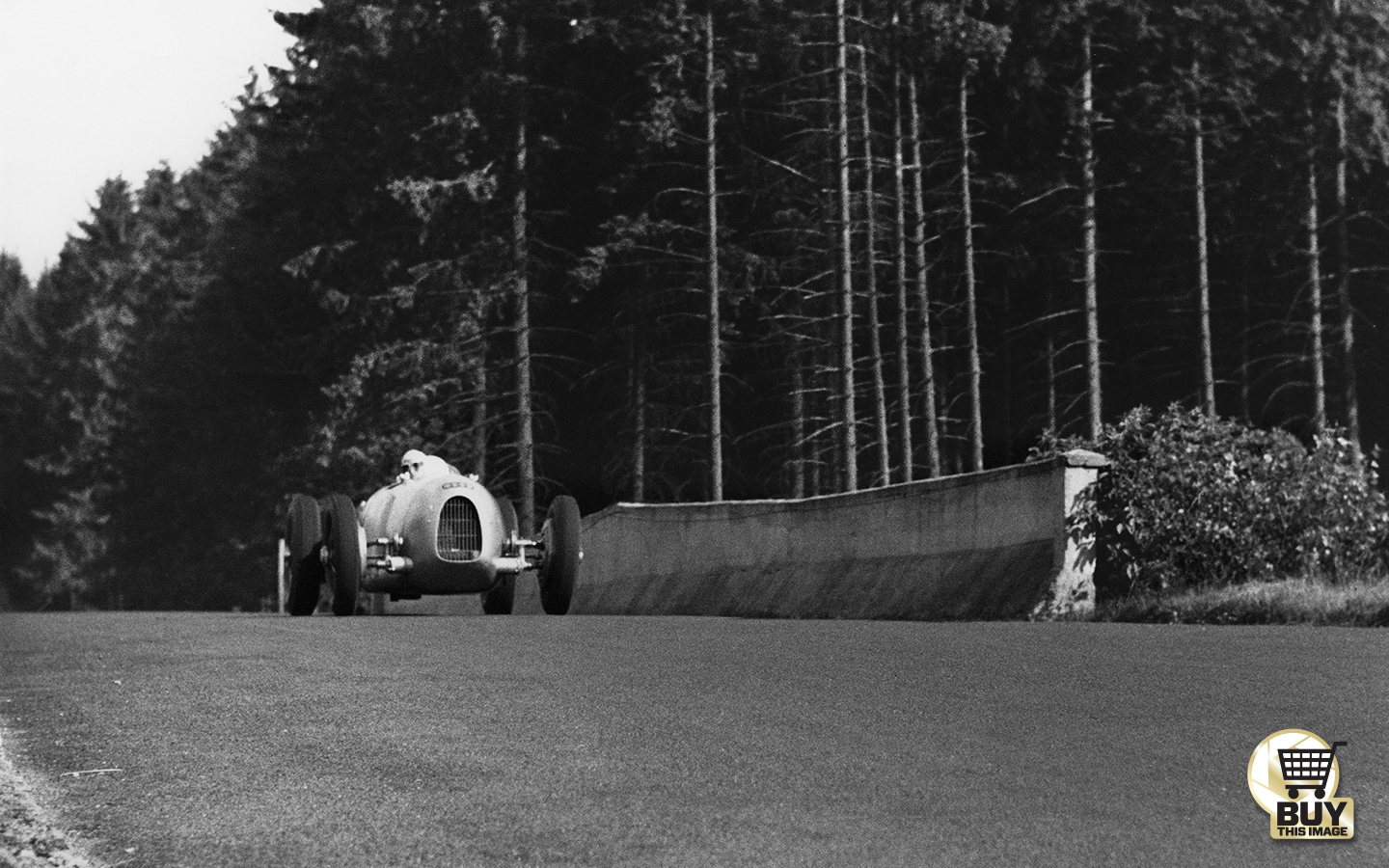 The original German wunderkind was 25 when he went wheel-to-wheel with established ace Rudolf Caracciola for victory at the Nürburgring’s 1935 Eifelrennen.

This wet-dry race was only Rosemeyer’s second at the wheel of a car as opposed to astride a motorbike.

Having come within a fumbled gear change of being humbled by the insouciant Rosemeyer, Caracciola wagged an admonishing finger – Vettel didn’t invent it – and issued a warning – “Next time use your head!” – before huffily ‘awarding’ him a cocktail stick.

Rosemeyer, who was seen chewing it with a grin in the immediate aftermath, cheekily wore this ‘trophy’ on his lapel for weeks thereon.

To be fair to ‘Caratsch’ he cannot have known how good Rosemeyer was; that his performance was no fluke.

By the 1936 Eifelrennen, however, there could be no doubt. Using a sixth sense denied his rivals, Tazio Nuvolari among them, Rosemeyer cleaved the mist in a Valkyrian performance that caught the mood.

When later that same season Caracciola baulked him during the Swiss Grand Prix at Bremgarten – another circuit not for the faint of heart – the victorious Rosemeyer, his was a golden year, accosted Rudi in a hotel elevator and took him to task.

To be fair to ‘Caratsch’ they had been battling for position. But at least now the air was cleared and the mutual respect between the Mercedes-Benz and Auto Union stars shone thereafter.

Indeed Caracciola’s was the only voice Rosemeyer might have listened to on 28 January 1938, another grey day. Sadly, with a grin, he waved away his friend’s urging for caution and set off along the autobahn.

There would be no return run. 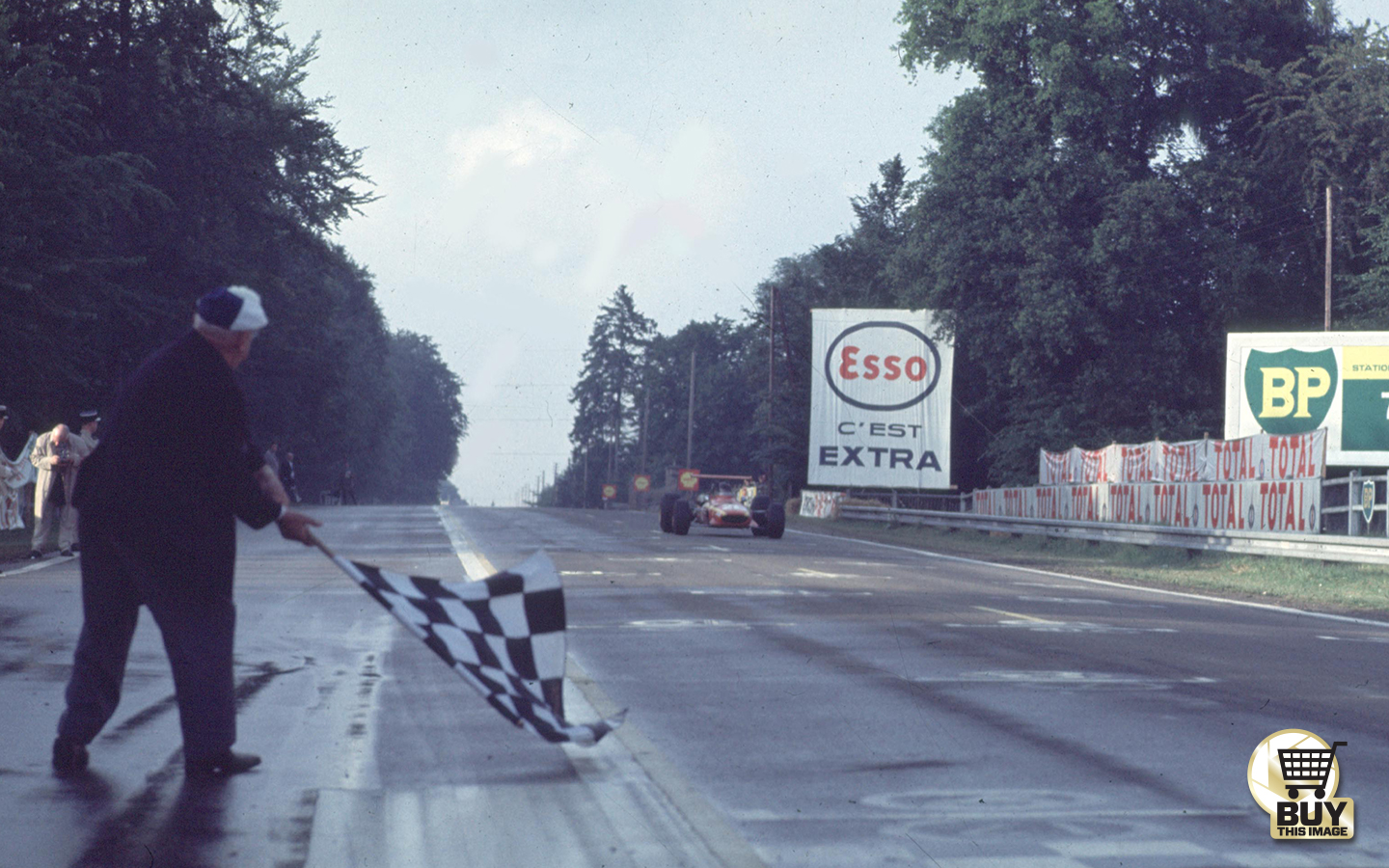 Jacky Ickx was another precocious talent with a fatalistic streak and a knack for rubbing up his peers.

When Ferrari split its strategy for Rouen’s wet French GP of 1968, Chris Amon was left high and stranded on dries while 23-year-old Ickx, tackling his seventh GP in an F1 car, gave a master class on ‘deep river’ Firestones to win by almost a lap.

And it was a performance mature beyond his 21 years and 73 days in the rain of Monza of 2008 that allowed Vettel to convert his potential energy.

He’s ridden the wave brilliantly since. But at Interlagos didn’t it almost crash against an irresistible force, parked immovably but briefly at the apex before surging away over the hill?

As we wait for their mutual respect to emerge – it could take a while because Vettel’s gloom appears to be deepening – here’s to the Max.