It took several rounds of a tightly-contested 2021 season but Max Verstappen and Lewis Hamilton finally came to blows at Silverstone, with the Red Bull driver crashing heavily as a result.

The championship leader was taken to the medical centre and then on to hospital, after what was said to be a 51g crash. Verstappen said Hamilton had made a “dangerous move”. His team boss, Christian Horner accused Hamilton of “dirty driving”,

Mercedes argued that Hamilton was alongside at Copse, when Verstappen was nudged off, but stewards judged that he was at fault and gave him a 10sec penalty.

Horner said that he thought the verdict was “pretty light” and that he should have been given a stop-go penalty.

Hamilton went on to win the race in a dramatic finale and faced further criticism from Verstappen who said that his celebrations were “disrespectful and unsportsmanlike” while he was still in hospital. The Dutchman has since said that he has been cleared to return home.

Glad I’m ok. Very disappointed with being taken out like this. The penalty given does not help us and doesn’t do justice to the dangerous move Lewis made on track. Watching the celebrations while still in hospital is disrespectful and unsportsmanlike behavior but we move on pic.twitter.com/iCrgyYWYkm

The start of the race saw Hamilton replicating Verstappen’s strong start from the sprint race and the pair almost had contact into Turn One.

The Mercedes driver was able to get the better run through The Loop and they almost touched again down the Wellington Straight but Verstappen held the lead still.

Out of Luffield and the Mercedes driver was the one on the charge and with a dive to the inside down the old pit straight, Hamilton took to the inside line and Verstappen tried to cover him off. 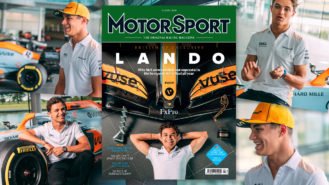 Behind the shoot: our Lando Norris cover

The challenge was to illustrate our British Grand Prix issue with a striking, unique image that captured the hopes of a home crowd that would be filling the Silverstone stands.…

The smallest of touches from Merc front left to Red Bull right rear resulted in contact and the pitching of the Red Bull into a high-speed crash into the wall on the outside of Copse.

Charles Leclerc took the lead of the race as the safety car was deployed and Verstappen extracted himself out of the car under his own power, albeit fairly winded from the shunt.

He was taken to the medical centre by ambulance for further examination and was then transferred to hospital for further checks, including a CT scan after reportedly feeling light-headed.

With the tyre barriers knocked out of place, the race was red flagged for repairs. Cars were led into the pit lane on lap three and the race was restarted around 40 minutes later. 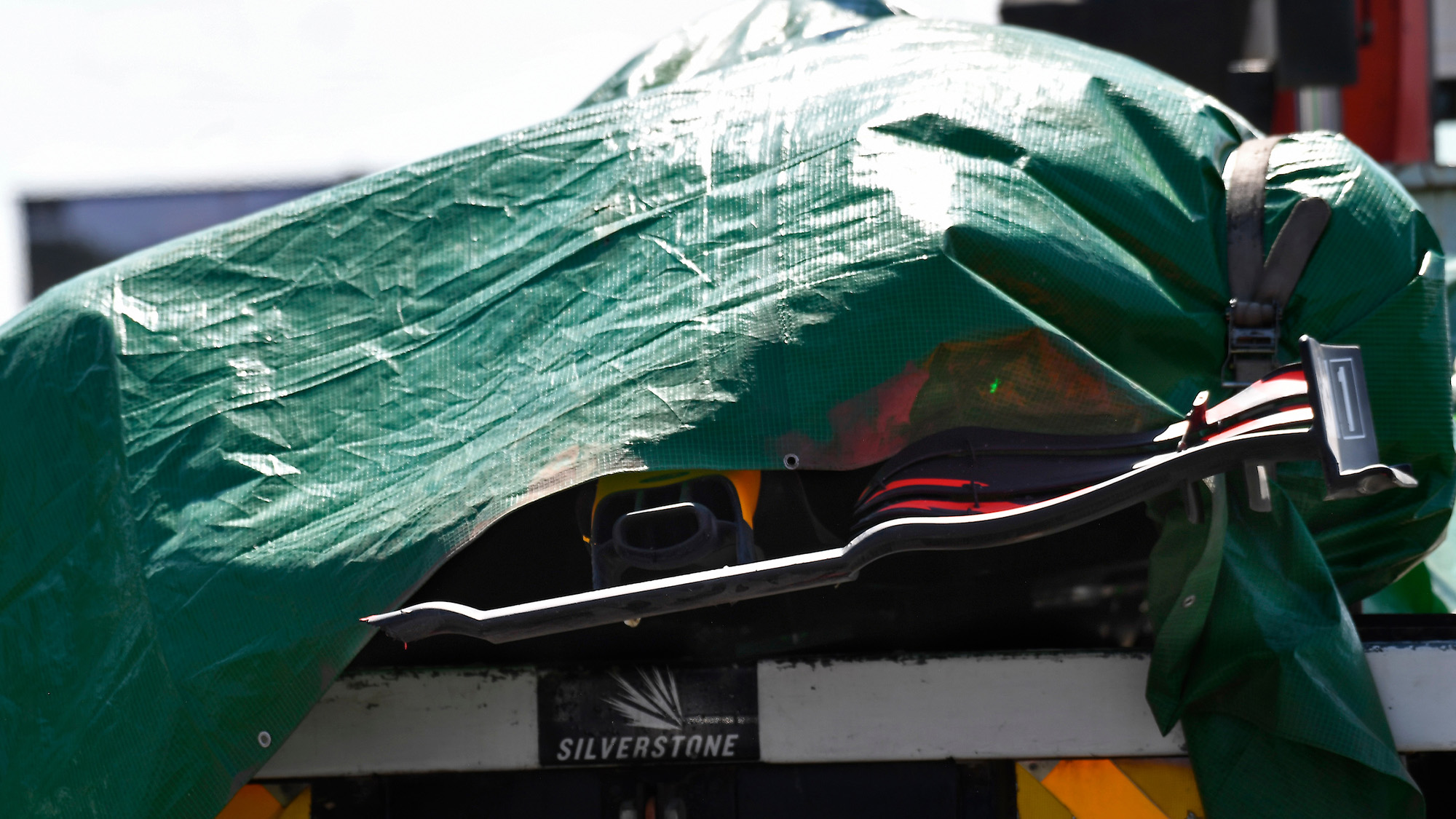 Verstappen’s wrecked Red Bull is returned to the pits

Red Bull team principal Christian Horner confirmed his driver was winded by the impact and was scathing in his assessment of the crash.

“Copse is one of the fastest corners in the world, you don’t stick a wheel up the inside, that’s just dirty driving,” he told Channel 4.

In a conversation with race director Michael Masi, broadcast to TV audiences, he said: “Look Michael, that corner, he was never anywhere near alongside.”Every driver who has driven at this circuit knows that you do not stick a wheel up the inside of Copse. That’s an enormous accident – and it was 100% Max’s corner.

“As far as I’m concerned, full blame is on Hamilton – who should never have been in that position. Thank God he has walked away unscathed. I hope you are going to deal with this appropriately.”

Masi responded that an investigation was underway.

Mercedes also made representations, saying that Hamilton was alongside Verstappen into Copse and was not obliged to yield. In a conversation with Masi, Mercedes boss Toto Wolff said that he had sent a diagram via email.

“Toto, I don’t access my emails during the race so I can concentrate on the race,” said Masi.

Wolff replied: “Well, you should look at this because there is something with the rules coming up.”

As the race was restarted the stewards;’ verdict came through: a 10sec penalty for Hamilton. He fought back and passed Charles Leclerc for the lead on the penultimate lap.

“I always try to be measured in how I approach… particularly in battling with Max,” said Hamilton after the race. “He is very aggressive and then today I was fully alongside him and he didn’t allow me enough space. But regardless of whether or not I agree with the penalty, I took it on the chin.”

That’s unlikely to be the final word on the incident.

Cleared from the hospital after all the checks were ok. Thank you to everyone for all the nice messages and best wishes 🙏🏻 pic.twitter.com/zBlfbQ8uh4