Lewis Hamilton will therefore start second and Lando Norris just behind in third. Sergio Perez will join the McLaren in fourth.

Daniel Ricciardo and Carlos Sainz both stuggled – the pair were knocked out in Q2. 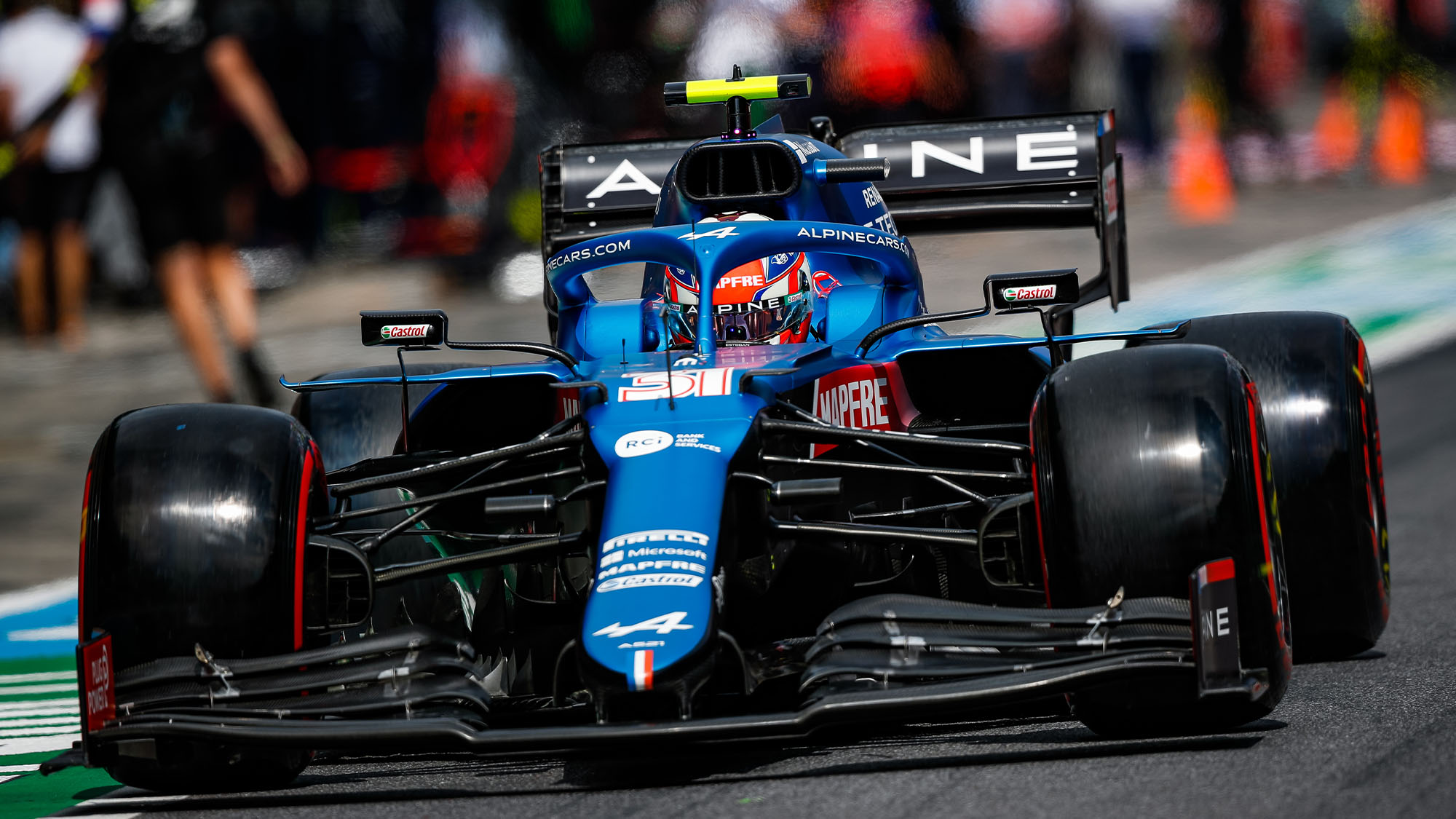 Ocon was eliminated and will start 17th tomorrow

With such a short out-lap, cars were slower than usual to head out in Q1, before Haas sent both drivers out on soft tyres shortly followed by the two Williams, Nikita Mazepin immediately having a lap deleted for exceeding track limits.

Max Verstappen set a time of 1min 04.489sec, closely followed by Valtteri Bottas and Lando Norris, who were both within a tenth of the Red Bull.

Lewis Hamilton was fourth, two tenths off the ultimate pace.

The track began to rubber in quickly as Nicholas Latifi raised eyebrows on the pitwall with a sixth-fastest time of 1min 05.175sec for Williams.

Leclerc was fifth with the two AlphaTauris of Pierre Gasly and Yuki Tsunoda sixth and seventh, the Honda power unit appearing to suit the Austrian circuit.

It appeared that everyone lower than Hamilton in the running order was under threat of being knocked out in Q1, the cars heading out en masse with two minutes to go put in another fast lap.

George Russell went thirteenth-fastest on his second run, half a second off Verstappen, whilst Gasly went fifth, 0.276sec off top position.

Tsunoda went even better, setting a time of 1min 04.608sec to place him fourth.

Esteban Ocon was the biggest name to be knocked out of Q1 (on recent form), the Frenchman lining up 17th, unable to even outpace the Williams of Latifi who was 16th.

Behind them will be the Alfa of Kimi Räikkönen, followed by Mick Schumacher and Mazepin respectively. 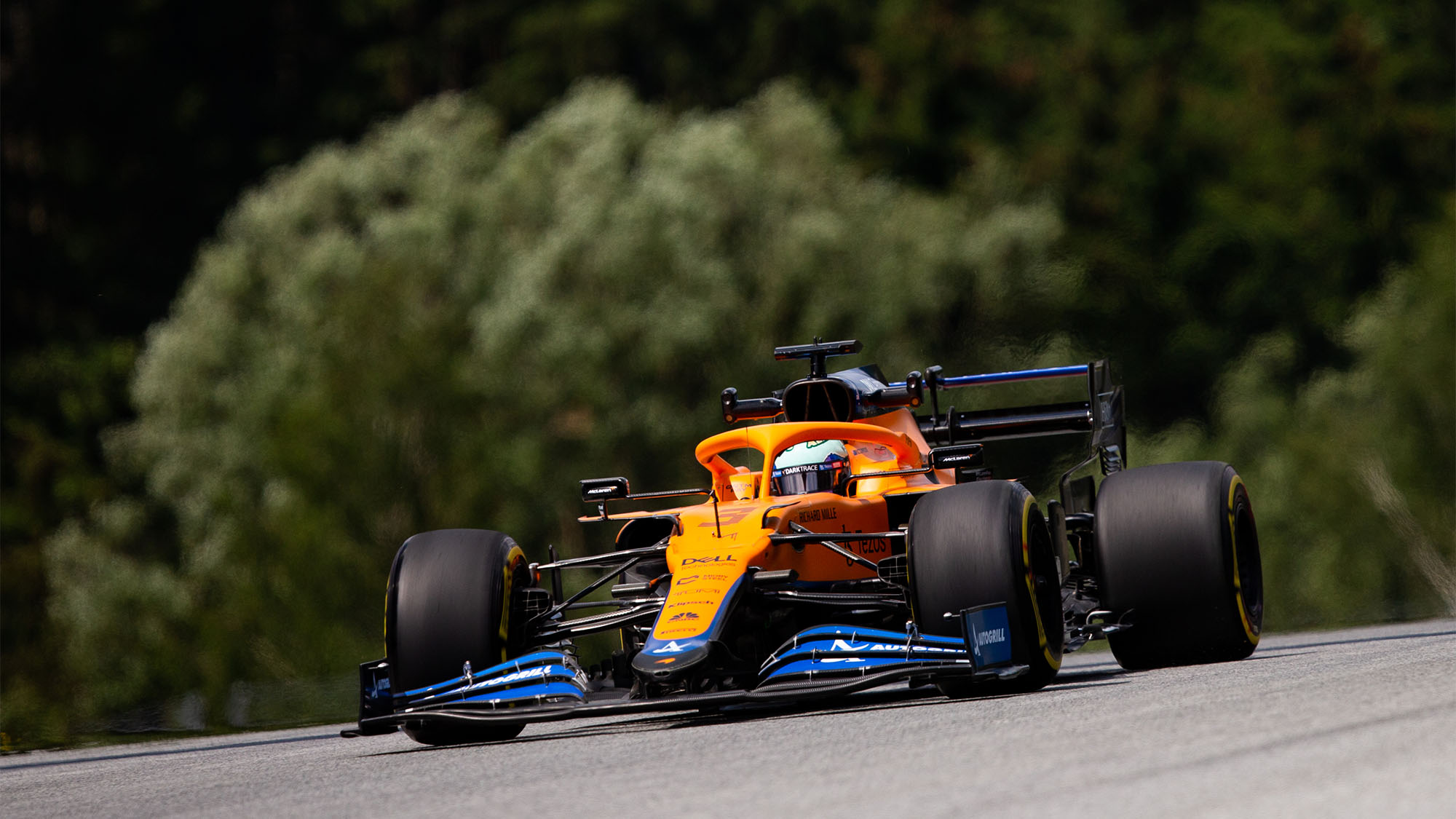 Bottas set out to immediately file a 1min 04.724sec, with Russell posting a time just 0.2sec off that.

Verstappen bested Bottas by 0.184sec, but Hamilton went deep in Turn 3 and locked his right front, meaning he would only set a time 0.8sec off the post. This put the reigning champion in a quandary in regards as to whether to use softs or mediums to secure his place in Q3, compromising his race strategy.

He initally elected to go round on the same mediums again and set a time just under 0.2sec off Verstappen, leaving him fifth in this session.

Daniel Ricciardo, who only just scraped into Q2, was again struggling. As the final runs commenced, the Australian was sitting 13th.

Hamilton went out early for his second run, setting a time within 0.083 of Gasly, only good enough for fifth but securing his place in the next round.

All the other cars subseqeuntly headed out on out-laps, apart from Gasly who felt secure with his table topping lap.

Sergio Perez strapped on a set of softs to eventually go fastest in Q2 with a 1min 04.197sec, with Norris just a tenth behind him.

George Russell was only 0.008sec off Q3, the Williams pipped by quicker laps from Alonso, Tsunoda, Leclerc and Stroll.

Carlos Sainz and Daniel Ricciardo were the big scalps of Q2, Ferrari looking out of sorts and Ricciardo translating none of his practice pace when it mattered. They line-up 12th and 13th.

Behind them tomorrow will be Aston Martin’s Sebastian Vettel and the Alfa Romeo of Antonio Giovinazzi. 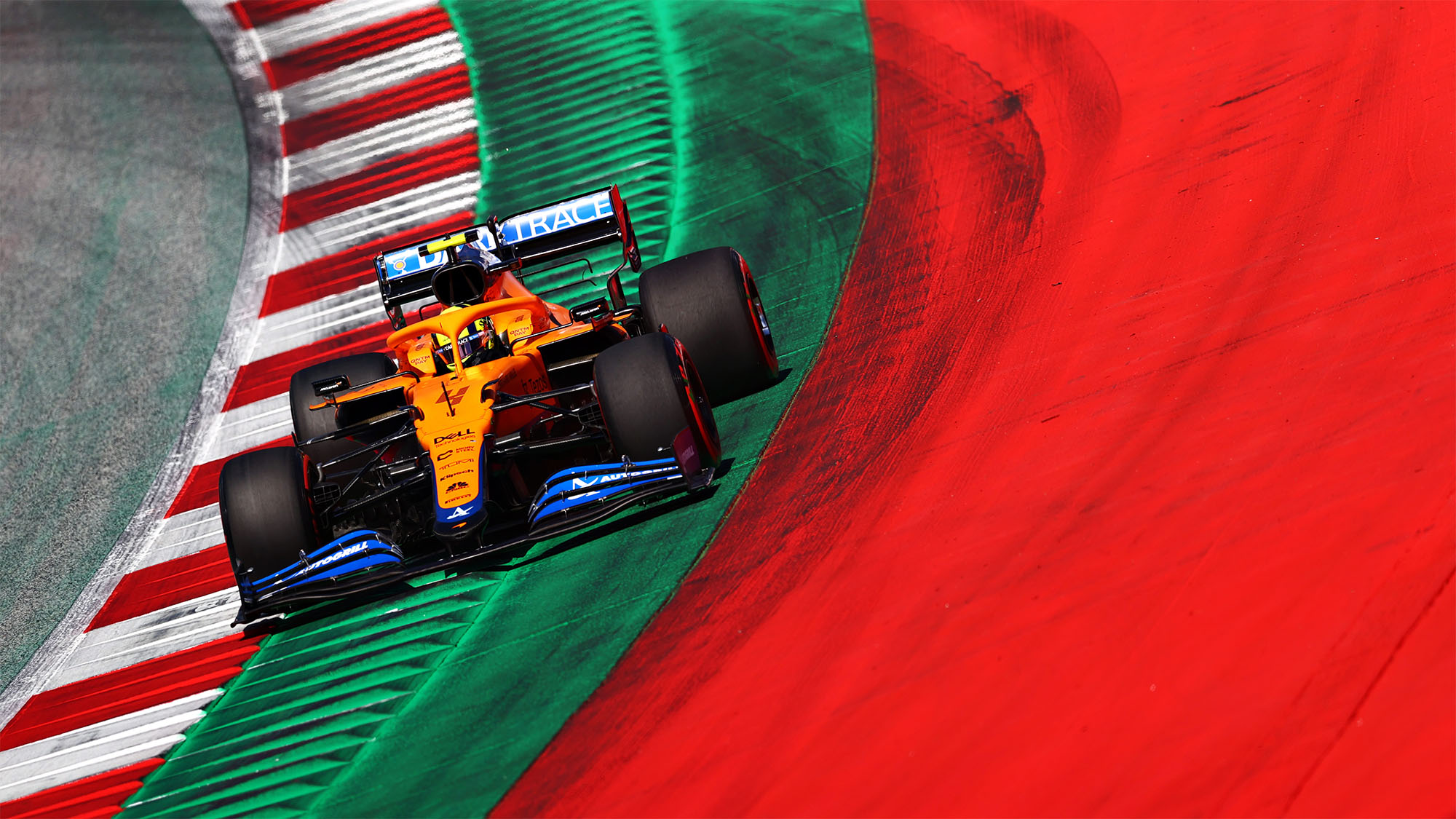 Norris was again impressive, as the McLaren man qualified fourth but will be elevated to third due to Bottas’s penalty

Hamilton headed out early, having the track all to himself as he posted 1min 04.205sec.

Others then followed the Mercedes driver out, Gasly 0.2sec and Tsunoda over 0.7sec off the champion with the laps they set.

Verstappen then smashed Hamilton’s time with 1min 03.841sec (the first 1min 03sec of the wekeend) whilst the highly impressive Norris went 3rd, 0.4sec off the Red Bull.

Hamilton made another run, but could only get with 0.2sec of his Red Bull rival. Bottas was fourth and Perez fifth, both unable to usurp Norris at this point.

There was scrambling for the prime position in the final moments as the drivers went out for their final runs, cars diving up the inside of each as they jockeyed for space on track.

Hamilton made an error, whilst Bottas jumped to second with a 1min 04.035sec, pushing his team-mate down to third and Norris into fourth. Bottas will start fifth however, due to a grid penalty for dangerous driving yesterday.

Sergio Perez and Pierre Gasly both improved their laps, but they remained in position – they’ll start fifth and sixth tomorrow.

Yuki Tsunoda was eighth on the day, but may be given a grid penalty for blocking Bottas into Turn 4, ahead of Alonso in ninth and Stroll in 10th.

* – Will start in P5 due to three-place grid penalty