The decor contrasts starkly with the McLaren Technology Centre’s imposing, water-fringed facade. Had the tone been available in a 1970s Ford sales catalogue, Ron Dennis Grey might have been listed somewhere between Aquatic Jade, Fern Green and Saluki Bronze.

Sobriety, though, cannot mask scale. No matter where it is staged, be it pit lane, palladium or downtown Woking, a McLaren Formula 1 launch is a significant event. It was beautifully executed, too, with a short film paying homage to Bruce McLaren – who founded the company almost 50 years ago, in September 1963 – and a brief parade of famous McLarens (M8D, M23, MP4-4, F1, MP4-13 and MP4-23) that rumbled around the factory lake before entering the auditorium. Fabulous heritage, unbeatable style. 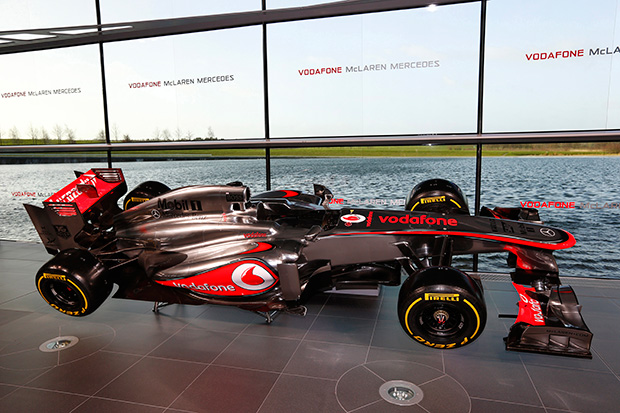 The mood was chipper, too. The MP4-28 might look similar to recent McLarens, but don’t be fooled by its livery. “We finished last season with the fastest car,” said team principal Martin Whitmarsh, “and could have continued developing that. We stepped back, though, and beneath the surface this is very different. According to our figures, what we have now is already quicker than the car we raced at the end of 2012.”

It will be a while yet before the extent of that truth is apparent.

The launch was not just a matter of what was on show, but what – or, rather, who – wasn’t. Technical director Paddy Lowe has been linked to jobs with Williams and Mercedes in recent weeks and, ordinarily, would be a pivotal spokesman on such a day. This time, he was nowhere to be seen among an illustrious collection of engineers. This was Lowe’s choice, according to Whitmarsh, because he wanted to focus on his job rather than deflecting attention from the main event. “He will definitely be part of the team this year,” Whitmarsh added, “but beyond that things are a little less certain.”

The slickness of the occasion couldn’t mask the other gap. For the first time in seven seasons, McLaren is preparing for a campaign without Lewis Hamilton – “probably the best-prepared rookie in F1 history”, according to Whitmarsh – and needs to mould Sauber recruit Sergio Pérez in his image, or as close an approximation as it can. Had Whitmarsh pondered the loss of the Hamilton effect? “The last few weeks have been very busy,” he said, “and we’ve been looking ahead. We all have very good memories of racing with Lewis, but haven’t spent time mulling over them.” 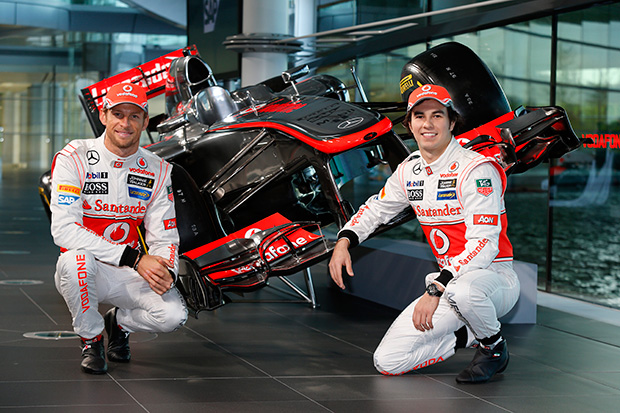 Hamilton was rarely much of an asset at car launches, because he lacks former team-mate Jenson Button’s natural ease behind a microphone and the ability to work an audience so fluently. He was employed, though, for his improvisational eloquence behind the wheel.

No matter how good the McLaren MP4-28 proves to be, the team feels weaker without its departed talisman. It just does.