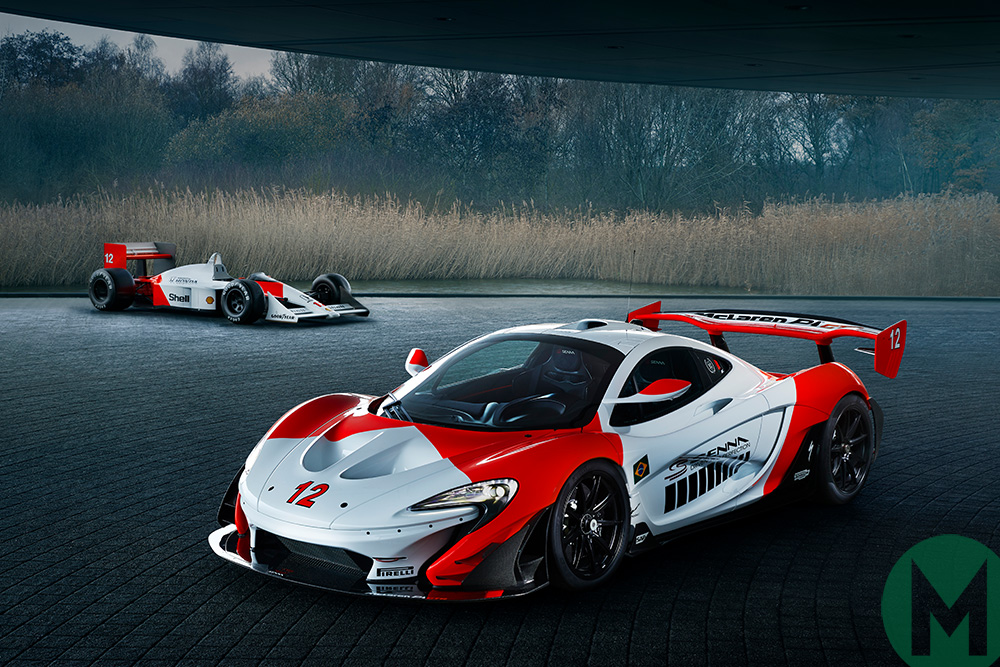 Although McLaren has already paid tribute to Ayrton Senna with its aggressive hypercar, this P1 GTR arguably screams ‘Senna’ louder than any other road car. And that includes the Honda NSX that Senna purportedly had a hand in producing.

Sporting a Marlboro-esque livery, this P1 GTR is a bespoke McLaren Special Operations (MSO) project, commissioned by a McLaren collector and Senna fan.

Details include Senna branding, with ‘I am not designed to finish 2nd or 3rd, I am designed to win’ inscripted on the inside of the door, his race number 12 from his first world championship winning year in 1988 on the nose and on the rear wing and the Marlboro barcode on the door under the Brazilian flag.

Even the steering wheel is colour-matched to the wheel of the McLaren MP4/4, with special lightweight racing seats developed specially for the car. And the driver will get a bespoke crash helmet that matches their P1 GTR.

Inside the engine bay, it features a 24-carat gold heatshield and new engine bay shrouds as well as a slight increase in power. New aerodynamic details increase downforce to around 800kg with a new Gurney flap and bargeboards as well as a bigger rear wing.

The car has been named ‘Beco’ (Senna’s nickname) by its owner, apparently with the blessing of the Senna family.

“This project has been a labour of love for MSO,” said managing director Ansar Ali.

“With extensive engine and aerodynamic enhancements in addition to the distinctive cosmetic treatment this car has received, this is certainly a landmark achievement.

From the Archive: McLaren MP4/4