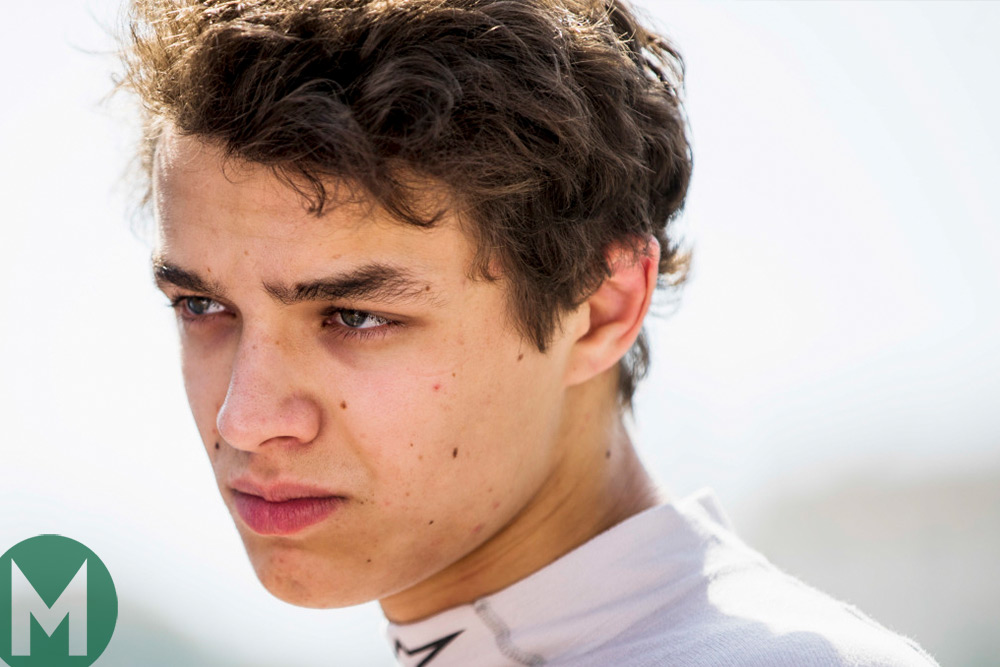 Toro Rosso has had a request to sign McLaren junior Lando Norris for the remainder of the 2018 Formula 1 season turned down.

The Red Bull Junior Team had wished to sign the 18-year-old Formula 2 championship leader to replace the under-pressure Brendon Hartley. What the team does now is unclear, stick with a driver fully aware of his team exploring its options or look elsewhere. Red Bull’s most experienced Junior Team driver is Dan Ticktum, who is currently performing impressively in Super Formula in Japan.

Reigning Formula Three champion Norris has claimed one victory this year in F2, at the season-opening Bahrain round, and scored four podiums to open up a 27-point lead in the series.

Hartley, meanwhile, has endured a difficult season that has included some high-profile and heavy crashes. He has picked up just one point so far, compared to team-mate Pierre Gasly’s 18.

A McLaren spokesperson told The Press Association: “We are not surprised that other teams approach our drivers. They clearly believe they are as talented as we do.”

Motor Sport has contacted both McLaren and Toro Rosso for comment.

McLaren’s insistence to retain the services of Norris full-time raises possible questions about the long-term future of its current driver line-up. With Alonso still coy on his long-term future, as yet unsigned beyond this season and still chasing the triple crown, McLaren could be expecting to use the talents of Norris sooner than it expected – in 2019. Should Alonso tick the second of the three triple crown boxes later this month in June at Le Mans, his desire to match Graham Hill’s feat will only amplify.

A full-time seat in IndyCar, with or without McLaren’s much-mooted programme, will not facilitate a parallel F1 campaign like the World Endurance Championship currently does. Gaining more oval experience and more experience with the tricky new Indycars may well become more appealing than another season in the F1 midfield, if he is to fulfil his ambition. Having rushed to watch the Indy 500 on television he will be acutely aware of the knife-edge on which the 2018 IndyCar is in oval trim, having seen many experienced drivers get loose and spin out during the race. Turning up at Indy and expecting to will be a tall order with these more difficult cars.

And Stoffel Vandoorne may well begin to feel the heat of the spotlight soon. Alonso is currently the best of the drivers outside the top three of Mercedes, Red Bull and Ferrari and seventh in the points standings, while only five drivers have fewer points than Vandoorne. To put that in stark terms, Alonso’s haul of points is four times more as Vandoorne’s.

Norris believes in himself enough and thinks he would be ready for F1 now; he admitted in January that his future was dependent “on what Alonso chooses to do“.