When you think of the Lotus Grand Prix team, the ‘real one’, as us oldies like to call it, you think of some of the great race mechanics. These were the days of spanners, oily overalls and all-nighters. 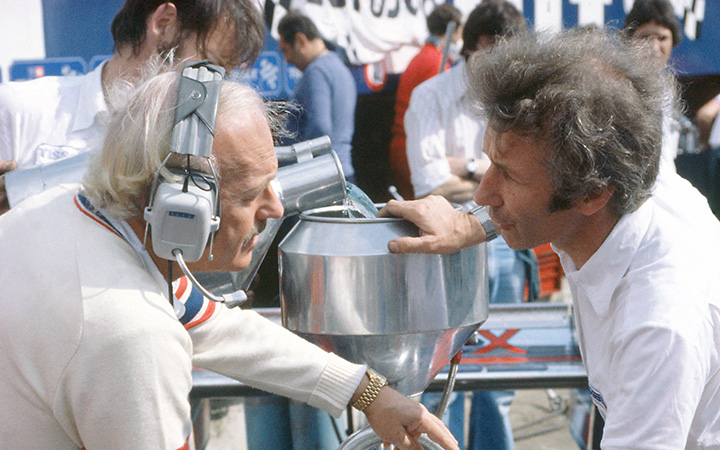 Bob Dance was there throughout the halcyon days of Team Lotus, joining in 1960, becoming Chief Mechanic before moving to March, then to Brabham, and returning to Lotus in 1977. These days he works on those immaculate historic cars raced so successfully by Clive Chapman’s Classic Team Lotus.

Bob chose to talk about Mario Andretti, who won his World Championship with the all-conquering Lotus 79. Andretti and Ronnie Peterson won eight races between them, Lotus running away with the 1978 Constructors’ Championship and beating Ferrari by 28 points. 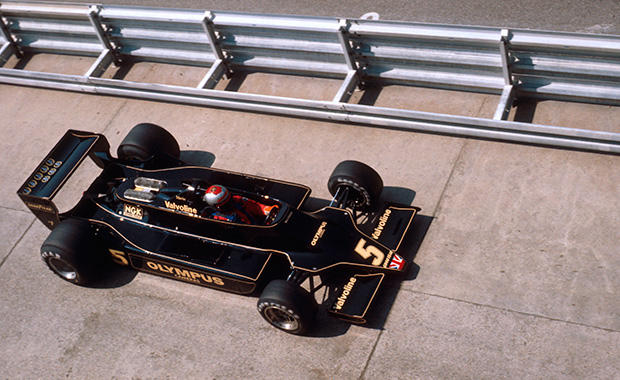 “I think this story says a lot about Mario, and even more about how things have changed over the last 30-odd years,” says Bob. “Mario had won the World Championship and we’d been asked to run the car in the streets of Norwich for a civic parade in honour of what we’d achieved with the cars that year. Mario was well up for this, as ever, and we duly took the cars to County Hall on a cold and frosty Saturday morning.

“Of course, we didn’t have all the sophisticated heaters they have these days and we had big problems starting the cars. In cold conditions the metering units on the Cosworth DFV were prone to seizure. When this happens the quill-shaft drive twists, and you lose the accuracy of the fuel injection. Of course this happened on the ‘star’ car, Mario’s championship-winning 79, and it had to be towed. But Mario jumped in a 78 and gave it a run round the ring road, past the shopping centre and into a park. There was a big crowd and they all loved it, talking to Mario, Colin Chapman, and seeing the cars.”

From here on things went a little awry, much to the consternation of The Guvnor. 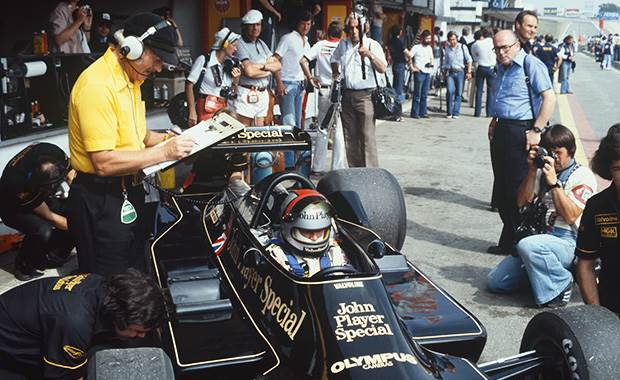 “The lads decided they wanted a night out on the town and of course they invited Mario and his wife Dee Ann. He told me I’d have to pick him up from Colin’s home at East Carlton Manor – well, you just didn’t turn up at Chapman’s house, you know, it just wasn’t the done thing to turn up there. Anyway, Colin reluctantly agreed to let us take Mario out for a few beers but he told me very firmly that his world champion driver had to be up early the next day to do the London-Brighton veteran car run with him. “So use your loaf Bob, look after him, and get him back early,” he said.

This was 1978 remember, the end of a long and turbulent year during which Andretti and Ronnie Peterson had dominated the Grand Prix season.

“Yes, it had been a tough year,” says Bob, “but the lads wanted to celebrate with Mario so off we went to Captain America’s, a burger bar in Norwich. After a few drinks and a bite to eat, the mechanics decided it was far too early to go home, so on we went to Tudor Hall, a nightclub we knew in the city. Of course we were welcomed with open arms, they loved seeing Mario, and found us a table. It was a good night, lots of drinks for the lads, and then suddenly it was past three o’clock in the morning and Mario had to be up and ready for the Brighton run with Chapman at six o’clock. Well, the mechanics were used to a few late nights and getting to the track on time the next morning – but this was not for Mario. I told him: make sure you’re up in time. He looked at me and he said ‘Bob, I’m not gonna make it,’ and disappeared happily into the Post House hotel. I thought – ‘you’d better make it, or I’m in big trouble with the Guvnor’. 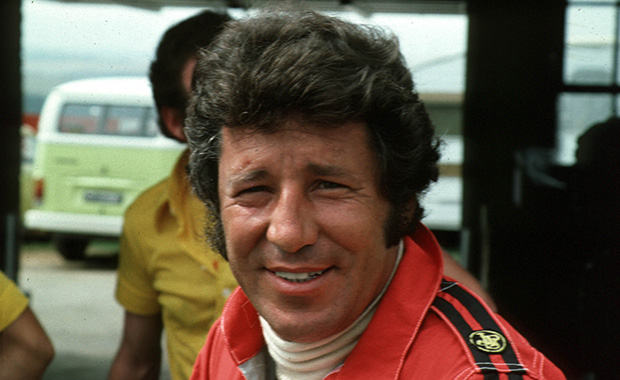 “I was in the race shop at Ketteringham Hall and one of the lads said to me: ‘Hey, have you heard? Mario never made the London-Brighton run.’ So now I was in real trouble. I saw the old man and he looked a bit frosty,” laughs Bob, “and he said to me: ‘What the hell did you do to Mario on Saturday night?’ I told him, and he looked at me and said: ‘Well, he didn’t turn up for the run. I had to get the pilot out of bed, get the plane out from Hethel, and fly down to Gatwick to meet the cars half way through their run.’

“Of course I apologised and I told him we always turned up on time at the races – but you just cannot rely on the drivers. Chapman accepted my apology and I’ve ribbed Mario about this for years. Everybody thought he was so perfect but, you know, they were different days.”

If you want to see great mechanics at work, just stop by the Classic Team Lotus pit next time you’re at a historic event. It’s a magical step back in time.