The first in our new series of mechanics’ tales comes from a man who worked his way up from lying underneath the cars to managing one of the biggest teams in Grand Prix racing. 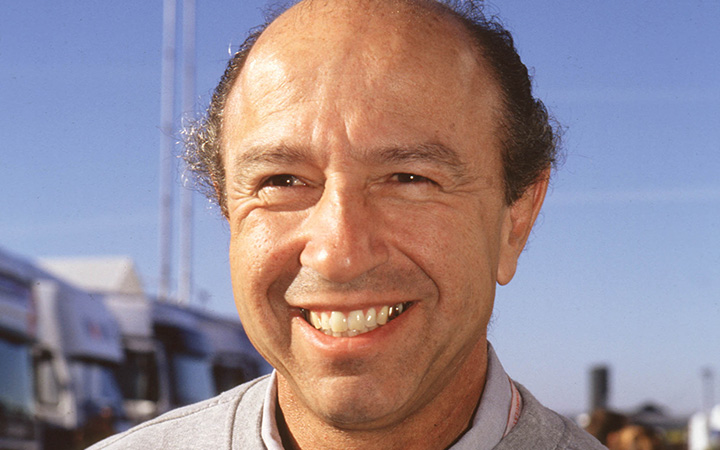 Jo Ramírez came to Europe from Mexico in 1962, following his friends Pedro and Ricardo Rodríguez, and started work as an apprentice at Ferrari. Two years later he was in England working for Ford on the GT40, before joining Dan Gurney’s All American Racers team in 1966, and it’s from this period he tells his first tale.

“I loved Dan, we already knew each other from when I was with Giancarlo Baghetti at Ferrari. Coming from California, Dan liked Mexican people, and Mexican food, so we kept in touch and eventually he offered me the job at AAR, my first chance in Formula 1. 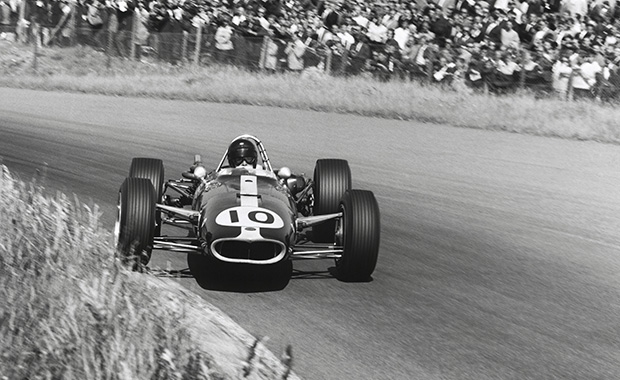 “The chief mechanic was Tim Wall who’d looked after Dan’s cars at Brabham and was one of the best mechanics I ever worked with and I learnt a lot from him. Mike Lowman was the welder and fabricator, he made those beautiful aluminium oil tanks and header tanks, and he taught me to weld. The workshop was next to Harry Weslake’s engines where I met Patrick Head who was working there as a holiday job.

“The Eagle car was as good as the Weslake engine, with its fantastic titanium exhaust pipes, which were made by Pete Wilkins in California. It was hard to work on – if you had a problem with the alternator, or the starter motor, the engine had to come out because the chassis completely surrounded the engine.

When I see the car nowadays I see pieces on it that I made, and I always like that. Dan was a great team boss, he was one of us, it was a very happy team and he never asked us to do anything he hadn’t done himself. He was a very good engineer, a good fabricator.

“I remember, at Spa, he looked at the car and said something wasn’t right with a front wheel, said it needed more camber or toe-in, and I couldn’t believe he’d seen that with the car parked on the sloping gravel behind the pits. But he was the boss, we made the changes, and he always tried so hard to go a bit quicker to show you he was right – then sometimes he’d smile and say ‘OK, maybe we should put the car back to how it was,’ you know. He was a charismatic man, like we used to have in Grand Prix racing, and they don’t exist anymore. 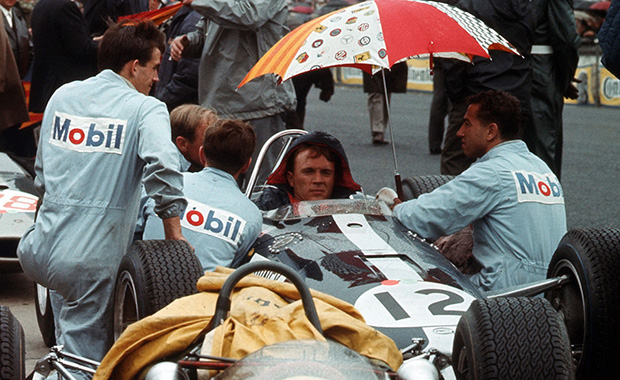 Ramírez (with umbrella) and Gurney in 1967

“He hardly ever damaged the car, he was like Alain Prost in that way. I worked for Prost for six years at McLaren and he only damaged two cars in all that time. And that makes life easier for the mechanics, I can tell you. And you always like an honest driver like Keke Rosberg. When he crashed, he’d be the first to come and say ‘I screwed up, so you can stop looking for something wrong with the car’.

“When a driver crashes, you always have a slight worry that maybe something wasn’t done quite right on the car. I remember at Tyrrell, when François Cevert was killed at Watkins Glen, Ken asked us to look at the car to see if anything went wrong. Later the journalist Pete Lyons came to see us and put our minds at rest, he’d seen the accident and assured us that nothing had broken, that François had simply made a mistake in the Esses.

“When you move from working on the cars to managing the team it’s tempting to interfere, to get involved with the mechanics, but you have to step back. You can tell them what to do because you’ve done it all yourself, they know that, and it’s important for respect.

“When I moved to McLaren in 1984 Ron Dennis said to me, ‘I know you’re itching to get your hands on the cars, but you’re the boss, and you tell the boys what to do’. It was a big help, having started at the bottom and worked my way up. 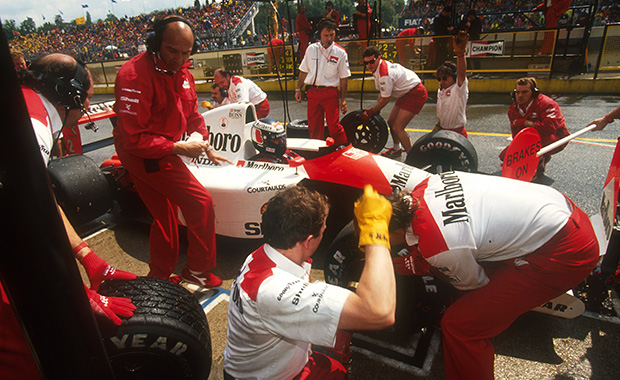 “We always had to have the best of everything, so when I wanted to buy something he’d say ‘if you need it, get it, I’ll worry about the money’ and that was a breath of fresh air coming from managing small teams like Copersucar, Theodore and ATS. I remember looking at McLaren in those days and thinking they had so much equipment, so many people.”

Jo Ramírez retired in 2001 after 40 years in the business. He remains in touch with the sport and can often be seen wandering amongst the cars at a Grand Prix, or one of the historic meetings. A racing man through and through, with many tales to tell.