When you think of Hollywood film stars who could drive, James Garner is easy to forget. He never came second at Sebring like Steve McQueen, nor at Le Mans like Paul Newman, but in the words of someone who’d know – one Parnelli Jones – that didn’t stop him being “one hell of a driver”. 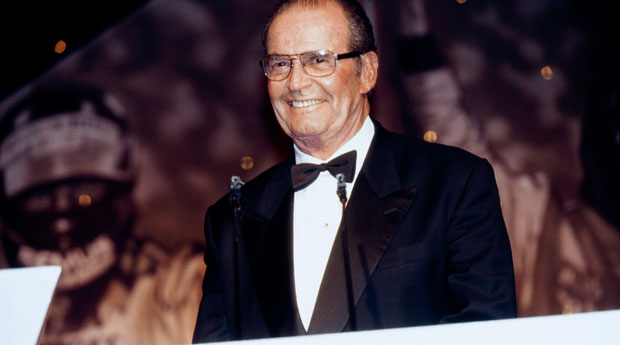 Garner passed away at the weekend aged 86. Fifteen years ago I spent a couple of days with him at Monza and I hope my recollections are able to shed just a little light on the character of the man.

Although he’d attended races since the 1950s, Garner didn’t realise he had any aptitude for it until he went to Bob Bondurant’s race school to be licked into shape for his role as Pete Aron in John Frankenheimer’s famed 1966 movie Grand Prix. “I went at it like I’d never driven an automobile in my life,” he recalled, “spent over two months there, working my way up through Formula Junior, Formula 3 and Formula B.”

By the time he arrived on set he discovered that not only was he the only actor who could really drive, but as a result he was accepted by the real drivers hired to help out in a way his co-stars were not. “I really got on with Graham Hill and Mike Spence. I remember spending time with Richie Ginther and doing a lot of driving with Jochen Rindt. He was a young lad then but everyone could see he was heading for the top. A wonderful person.”

There are those who’ll tell you Garner ended up as quick as Rindt, which I seriously doubt. What I don’t doubt is that even sharing the track with such illustrious drivers, he was able to keep his head above water.

As the driving limitations of his co-stars became clear Garner spent more and more time behind the wheel. “I think Brian [Bedford] had only just passed his driving test. They sent him to Jim Russell for a couple of days after which he said ‘I can’t do this. Either replace me or double me.’ In the end he’d drive in a straight line up to around 50mph, the rest of time it’s one of about 10 doubles behind the wheel… Yves Montand was a little better, but not much.”

Garner also ended up doing many of his own stunts, including bailing out of his burning Yamura at Brands Hatch. “I was meant to have a double but he wasn’t around and time was running out so I said I’d do it. They’d rigged a bottle of butane in the cockpit and said that if I pulled a lever there’d be a small fire and I was just to get out, no problem. Except when I pulled the lever there was a very big fire – it just went whumpf, right up in my face. So what you see on the screen is very much for real. Still, we got the shot…”

The film wrapped with Garner well and truly bitten by the racing bug. Unfortunately, however keen he was to pursue his new found passion, his insurers were more than commensurately keen that he did not. But he discovered this did not extend to off-road racing, so competed in many gruelling events like the Baja 1000.

There’s even some footage of him on the 1968 event sharing a Bronco with none other than Scooter Patrick, and you just have to seen how he’s driving it to know there was no ordinary talent behind its wheel.

Garner also drove some wild Oldsmobiles in the Baja

Garner was at Monza for a promotional re-staging of one of film’s most famous locations. It had all be paid for by British American Racing who’d brought along some old racing cars and Jacques Villeneuve too. I thought he looked a little frail – his knees were giving him hell and his arteries weren’t in much better condition after a lifetime’s smoking and at least one major bypass procedure.

I was there just to drive some of the cars which, I think, were a Cooper, a Lola and a Brabham. Sadly, only the transcripts of my interviews survive so I can’t remember exactly into which one he was carefully lowered for a promotional shot. What I do recall very clearly was that when his minder wasn’t looking, Garner thumbed the start button and before anyone could stop him, headed off down towards the Curva Grande.

I don’t think he did many laps and he wasn’t going super fast, but he didn’t need to: we could tell by the crispness of his gear changes and his positioning of the car that here was man who remained entirely at home in a single-seater despite over 30 years away.

I’d thought that access to Garner that day was going to be a nightmare but I could not have been more wrong. While Villeneuve remained taciturn and unapproachable throughout, Garner spent most of his free time leaning over the pitwall watching cars go by, not just happy but clearly delighted to talk racing to anyone who shared his passion. He was modest, gently self-deprecating and with apparently all the time in the world to chat.

So rest in peace James Garner, Jim Rockford, Bret Maverick and Pete Aron. I was delighted to have made your acquaintance even once and discovered that beneath the movie star appearance lay an honest-to-goodness enthusiast with a passion for cars and racing, just like the rest of us.