The world of e-racing is growing by the day, so we tried the pay-as-you-play Let’s Race for our own Australian Grand Prix. With mixed results… 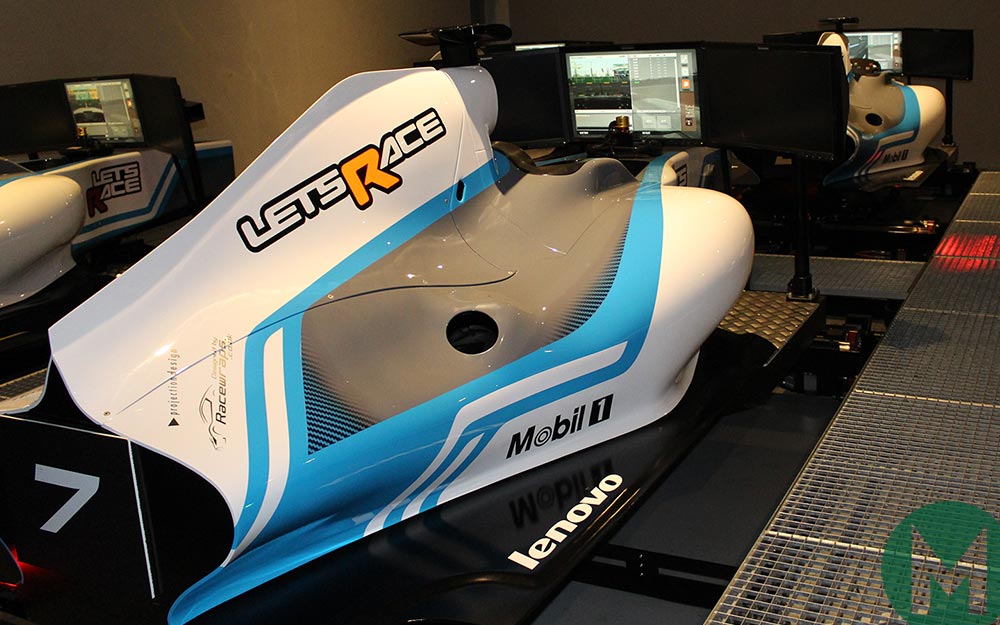 It must only be coincidence, being despatched to “the ultimate driving experience day out” two days after spinning a Ginetta G40 at Brands Hatch during the Yorkshire manufacturer’s media day. The G40, remember, being a car driven on weekends by barely-teenagers.

Still the little moment, let’s call it, earned a rather large trophy and for Charlie Robertson sat in the passenger seat a new pair of underpants.

And now, two days later, we find ourselves sat on the slow train to Horley in Surrey, passing through drab and grey south London suburbs to the ‘circuit’. Silence soon descends over the motley crew of four: arrive-and-drive weekend warrior karter Joel, marketing guy by day; intern Michael – and hustler, it turns out; Zamir, who’s just found out that the four-wheeled things in the photos he places into your digital magazine also exist in real life; and me.

The ultra-competitive Zamir soon sinks his headphones in, no doubt visualising the Melbourne track we’re about to tackle. Or escaping our riveting company. The rest soon throw steely gazes out the window, preparation vital. ‘The zone’ quietly being searched for, the similarities to the 20 best drivers in the world on their way to Melbourne uncanny. 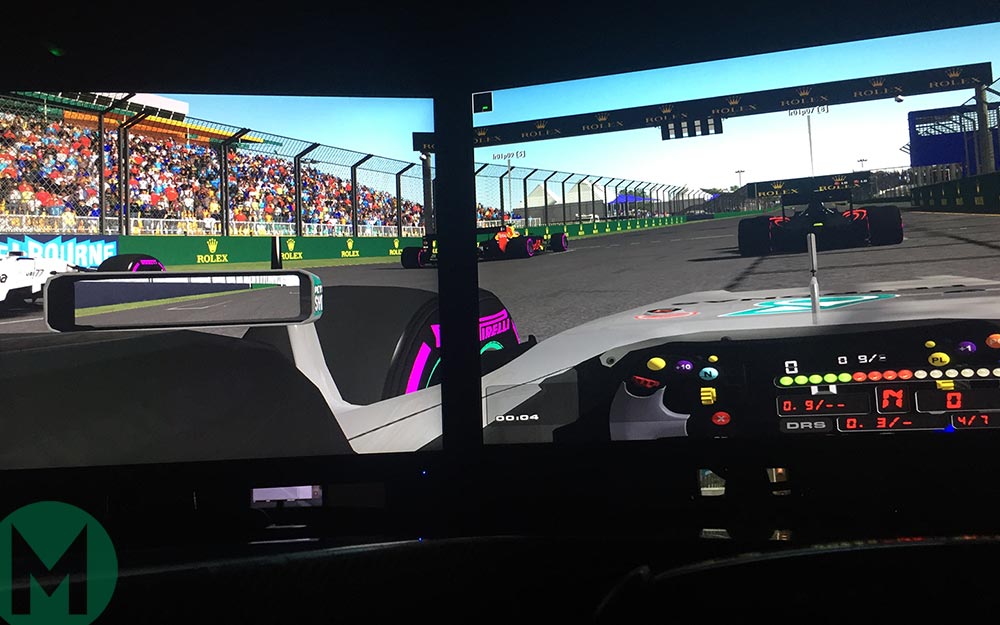 The Carlin sat outside also represents a partnership of sorts between the single-seater superteam and Let’s Race. And, with Martin Brundle on screen warning us of the perils of sim racing, the signs are that this £15-a-go sim may be more technical than that price appears.

“Damage is off,” we’re told during our briefing. More on that untruth later.

Nestled into the surprisingly spacious cockpit and rolling out of the pit lane – navigating around the Red Bull that’s just speared straight out of the box and into the pitwall and now Austin Powers-ing its way to the right direction – the Martini stripes give away that I’m in a Williams.

There’s no circuit map, no hints or tips – Sega Rally, this ain’t. Once on track the sensation is odd, in that there’s no real sensation. But the steering is heavy, gear paddles stiff and as a result catching us all out, and braking is near-impossible to get used to. Apex speeds therefore suffer, and are barely speeds at all. Still, after 15 minutes of spinning and clouting walls it’s obvious I’m more Maldonado than Mansell. Sympathy soon extends to Lance Stroll.

And then Michael’s secret almost slips out. Telemetry sheets handed out show him mastering the difficult, false sensation better than us. More than 10sec better than us.

Still, qualifying is not racing.

Regrouped, the break has unsettled any semblance of rhythm gained from qualifying and square one returned to. Third into turn one off the start, looking ahead means I touch the grass and unlike Fernando Alonso bucking-bronco-ing his way past Carlos Sainz 12 months ago I pirouette. Theme of the week, clearly.

That “damage off” line then shows itself to be the untruth it so clearly is. The steering wheel on the screen is not close to the angle of the real (and close to realistic) one in my grasp, and the wheels point in uncorresponding directions. Good drivers drive around problems, but some problems can’t be driven around. This was a heady mix of both: not a good driver unable to adjust to a quite substantial problem.

So onto a jack I go, having crabbed my way back to the pits. The seconds tick by, so many in fact that I switch off mentally and fail to notice the Pirellis have touched terra firma. The message in the corner telling me to ‘press space bar to skip’ shows the sim to be more game than pro-sim, yet there’s no space bar on a steering wheel…

Finally, sheepishly, creeping out of the pits it’s obvious the race in a competitive sense is over for Williams.

The Red Bull of Michael takes a dominant victory. More suspicious eyes shoot his way, until it’s discovered he has a gaming chair, wheel and gaming sim set up at home. Mark Donohue’s unfair advantage in action.

And so as thoughts turn to how sore my arms and shoulders may be the following day – it really is quite hard work – the obvious thing to do is relive it all over a pint in the Jack Fairman, fittingly, a pub on the old home of his garage: photos from the ’50s and ’60s dot the walls in celebration of the world sports car championship race-winner.

The only thing left to do is grab a post-race pasty, just as Hamilton and co. will do on the way back from Melbourne next weekend.