F1’s stop/start beginning to the season will feel like a distant memory after the next two race weekends with Portugal and Spain going back-to-back.

Mercedes were comfortable victors on the last visit to Portugal but Red Bull has stepped up as a title contender and it’ll be Max Verstappen looking to make it two-in-a-row on Sunday after his victory at Imola.

Team boss Toto Wolff believes that Red Bull has let his team off the hook after the opening two rounds, saying that to be leading both championships is a “get out of jail free card” considering the team’s relative performances. Will Verstappen and co punish them this weekend with a one-two?

There are plenty of question marks still hanging around from the winter break too. How will the team-mates of the title protagonists get on? Can world champions Fernando Alonso and Sebastian Vettel finally show their quality after tough starts to the season? Will there be any shocks in the midfield as Ferrari and McLaren look set to go head-to-head for the best of the rest honours?

Here are a few things to keep an eye on throughout the 2021 Portuguese Grand Prix weekend.

It’s admittedly a small sample size but the new Mercedes looks like its solved the issues the team used to have with overcooking its tyres. Unfortunately for the Brackley and Brixworth bunch, it has swung the other way and the W12 does not fire the tyres up as well as its closest rival in Red Bull.

The issue was evident at Imola, as both Hamilton and Valtteri Bottas only started setting decent lap times after a handful of laps lagging behind those around them, as Verstappen flew into a comfortable 5sec lead and Bottas slummed around in the bottom half of the top 10.

Once Hamilton had fired up his tyres, he ate into the Red Bull lead but it took the first stint and worn ‘slicktermediates’ to do so. In dry conditions, that isn’t a luxury the Mercedes driver will have against his title rival and could settle the race if the Dutch driver can escape up the road from the start.

Weather conditions in Portimao for this weekend are luckily a lot warmer for the world champions, so there might not be the same issues facing them this time around.

It might even tip the scales into Mercedes advantage. A warmer track surface could lessen the warm-up required and put the W12 right in the window to set the pace from the off. While over a single lap it is likely Red Bull still has the measure of its competition, a Hamilton-led Merc charge on Sunday is not out of the question whatsoever. 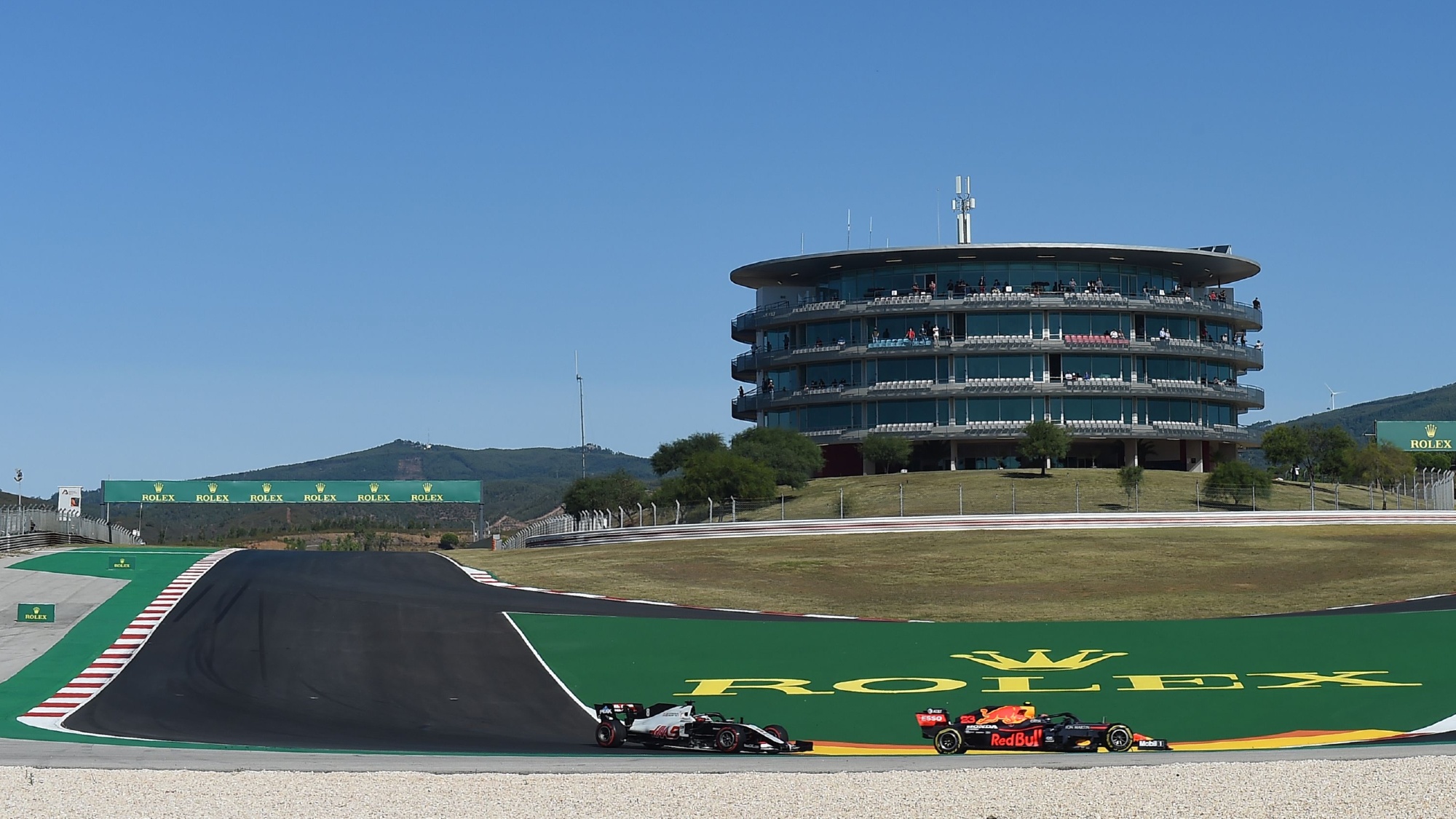 While the main straight has a shorter DRS zone than last year, there is an additional zone down the hill leading to Turn Five. The DRS zone on the start/finish line has been reduced by 165m which might make overtaking into the sweeping first right-hander a little more complicated than last year when passes were a bit too easy.

The secondary zone is a nice addition though and could open up the possibility to another overtaking zone into a tricky braking zone into Five. The fiddly final sector of Portimao might be too tight for switchbacks and positional swaps but there should be plenty to keep an eye on for the first half of the lap.

Esteban Ocon and Sergio Perez showed just how close things can get fighting for position last year. The pair were inseparable for the entire first half of the lap, trading position back and forth in and out of corners. The extra DRS zone should hopefully promote more of the same this year.

Arguably the two stand-outs of the two races of 2021 have been Carlos Sainz and Yuki Tsunoda. The latter has started his F1 life with some gusto, pushing with an old school win or bin style that has granted him a decent amount of fanfare.

But Tsunoda hasn’t yet earned a result as strong as the AlphaTauri car looks truly capable of, though there’s more to come from both car and driver and that’s an exciting prospect.

Tsunoda himself has said he will approach the Portuguese GP weekend with a slightly different mentality to the previous two races, aiming to put together a clean weekend from start to finish rather than attack from the off.

Bahrain was a nervy but positive debut and Imola represented the first time the Japanese driver had raced in F1 in changeable conditions. He was hardly the only one to slip up but with more track time under his belt, he could be mighty sooner rather than later.

Over at Ferrari, Sainz hasn’t quite got his feet totally under the table at Maranello yet either, but the Spaniard has shown impressive glimpses of pace against team-mate Charles Leclerc that he could be on par with the Monégasque.

In Bahrain, he might have been mugged at the start but Sainz actually put together a great debut for the Prancing Horse. His race pace was on par with Leclerc and he finished just 1.1sec down on Daniel Ricciardo and 8sec on his team-mate. Not too bad.

The wet race at Imola made things more tricky for both the drivers and us to read into, but after ironing out the off-track excursions in those early laps, he put in a solid second phase of the race and once again finished just a handful of seconds down on Leclerc.

A weekend free of errors and with another weekend to embed himself within the team a little more, Portimao might be the point in which we see his McLaren form emerge. 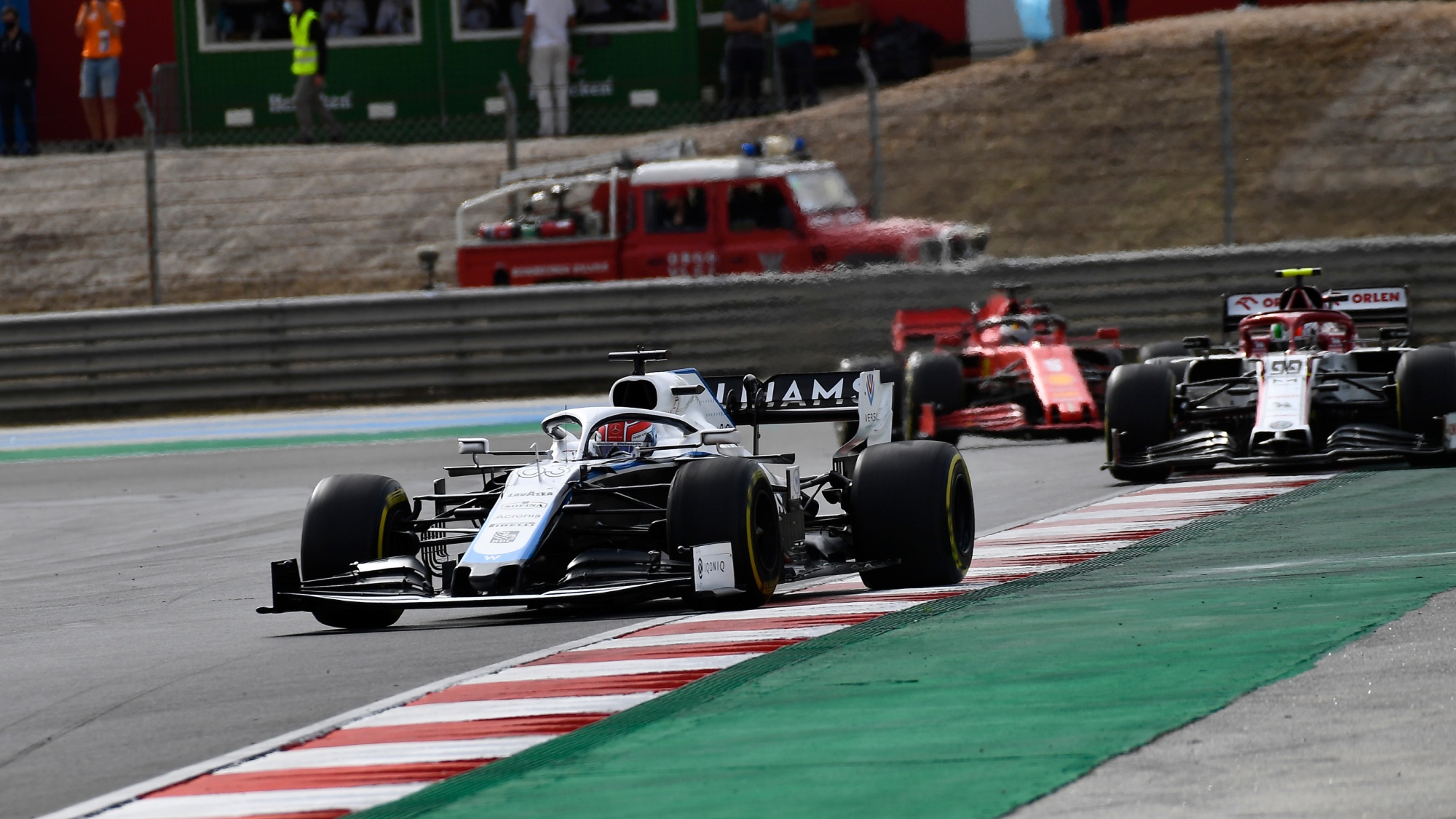 Turn One will be a track limits hot spot this weekend

A word of warning, you might be hearing a bit more about track limits this weekend. Last year as drivers pushed the limits of what was allowed, 194 laps were deleted for infringements in total throughout the race weekend.

What constitutes out-of-bounds and what is allowed has been a point of contention from the first round this season and with the layout of Portimao and Turn One in particular, a repeat is likely this weekend.

What is allowed on Friday will likely be tightened up by Saturday qualifying so drivers will need to stay inside the white lines for laps to count.

It hurt Lando Norris last time out at Imola as he lost his qualifying lap that would have been good enough to start third on the grid.

Then of course there was Verstappen’s pass on Hamilton in Bahrain that was outside of track limits that ended up deciding the race in Sakhir. There is only really one line into Turn One and with DRS assistance when push comes to shove, there can only be one winner there.