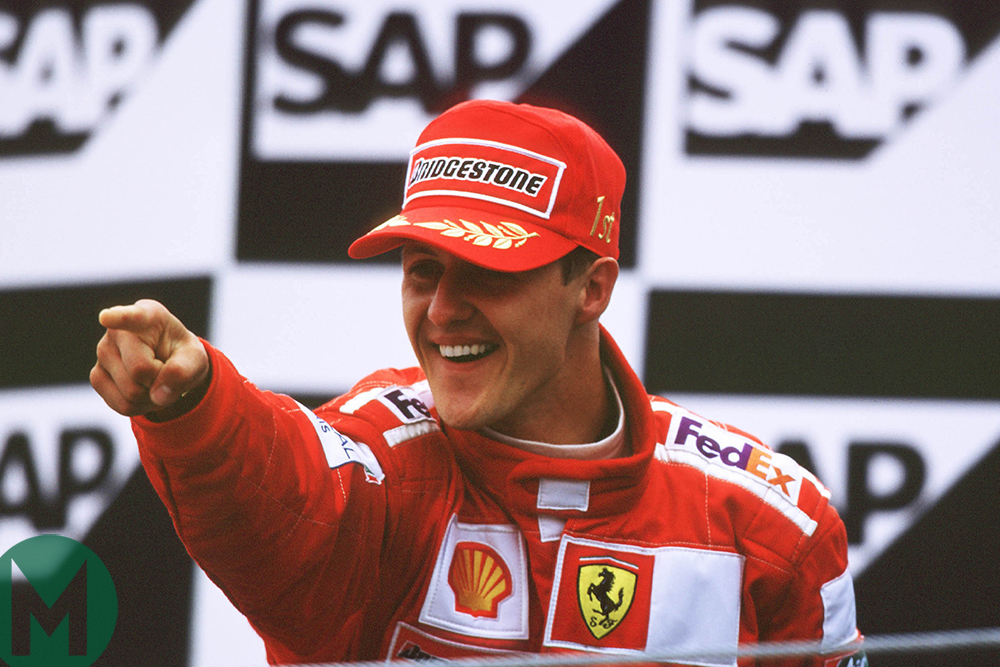 To mark Michael Schumacher’s 50th birthday the Keep Fighting Foundation has released a special app featuring a ‘virtual museum’ and a range of emojis of him and his son Mick.

‘Schumacher. The Official App’ includes a virtual tour through the Michael Schumacher Private Collection in the Motorworld Cologne-Rheinland as well as over the Kerpen karting track where Schumacher cut his racing teeth as a child.

Fans will also via the app be able to view in 3D his racing cars from Formula 1, Formula 3, sports cars and other series and listen to their engine sounds, as well as explore Schumacher’s statistics and records and watch an interview recorded with him in 2013.

In addition, the Official App links directly to a new Schumoji App which features ‘Schumojis’ of Michael and Mick Schumacher that fans can download and share via social networks.

All proceeds from the Schumoji App will go to the Keep Fighting Foundation, a charity inspired by Michael Schumacher that pursues a number of projects globally in areas such as culture, education and public health. The new app is now available in both iOS and Android versions.

Michael Schumacher set towering records in his F1 career, with an unmatched 91 Grand Prix victories and seven world drivers’ championships. He has been in private care since a skiing accident in late 2013. His son Mick won the 2018 FIA Formula 3 championship and is due to compete for Prema Racing in this year’s Formula 2 championship.

“The app is another milestone in our effort to do justice to him and you, his fans, by celebrating his accomplishments. We wish you a lot of fun with it,” said a statement on Michael Schumacher’s official Facebook page.

“Michael can be proud of what he has achieved, and so are we! That’s why we remember his successes with the Michael Schumacher Private Collection exhibition in Cologne, by publishing memories in social media and by continuing his charitable work through the Keep Fighting Foundation. We want to remember and celebrate his victories, his records and his jubilation.

“You can be sure that he is in the very best of hands and that we are doing everything humanly possible to help him. Please understand if we are following Michael’s wishes and keeping such a sensitive subject as health, as it has always been, in privacy.”