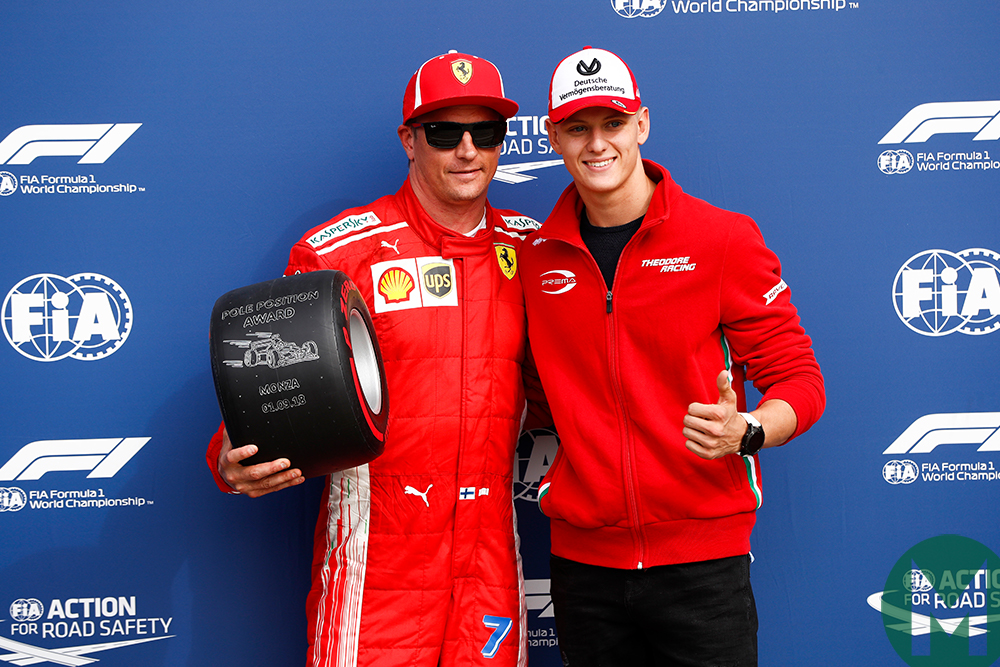 Mick Schumacher, son of Formula 1 legend Michael, has been confirmed as a 2019 inductee of the Ferrari Driver Academy.

Mick won the European Formula 3 championship last season – his first car racing title – and is about to embark on his freshman Formula 2 campaign driving for the Prema team. He previously had no official link to any F1 team though used Mercedes engines in his two F3 campaigns.

Ferrari had previously expressed an interest in Mick joining its academy and confirmed talks on the subject, while Mick attended the postseason F1 test at Abu Dhabi with Ferrari last November.

“For someone like me who has known him from birth, there’s no doubt that welcoming Mick into Ferrari has a special emotional meaning,” said team principal Mattia Binotto.

“But we have chosen him for his talent and the human and professional qualities that have already distinguished him despite his young age.”

Mick Schumacher said, “I am thrilled that Ferrari has entered a partnership with me and my next future in motor sport will be in red, being part of the Ferrari Driver Academy and also of the Scuderia Ferrari family.

“Again, this is another step forward in the right direction, and I can only profit from the immense amount of expertise bundled there. Be sure I will make everything to extract whatever helps me achieve my dream, racing in Formula 1.

“It is more than obvious that Ferrari has a big place in my heart since I was born and also in the hearts of our family, so I am delighted on a personal level about this opportunity as well. At this stage it is however also time to say thank you to my family, friends and partners who supported me all along and helped me arrive at this point.”

With this move Mick also appears in prime position to get his first F1 car mileage at Ferrari this year, as there are a pair of two-day tests scheduled in 2019 and two of those days must be completed by a driver who has not competed in more than two world championship Grands Prix.

Ferrari used Antonio Giovinazzi for this last year, and he now has a full-time race seat with Sauber. Current members of Ferrari’s programme GP3 race winner Callum Ilott and Euro F3 race winner Marcus Armstrong would also be in contention for the tests.

A number of Ferrari Driver Academy members have moved on into F1 race drives in recent seasons, including Charles Leclerc who is to race for Ferrari this season, Sergio Perez who is now at Force India, Giovinazzi and the late Jules Bianchi who drove for Marussia.