A strategic French Grand Prix provided another great race in the 2021 battle between Max Verstappen and Lewis Hamilton.

The Paul Ricard circuit has been host to some of the duller races in years gone by but that was not the case as F1 returned to France for another 2021 thriller.

As Red Bull repaid the favour from Barcelona to Mercedes with a two-stop strategy masterstroke for the win, the midfield battle swung back and forth all race long too.

There was overtaking aplenty, fine margins separating points finishes from disappointing DNFs and a result that sets up the rest of the world championship very nicely indeed.

Here are a few things you might have missed from an engaging French Grand Prix. 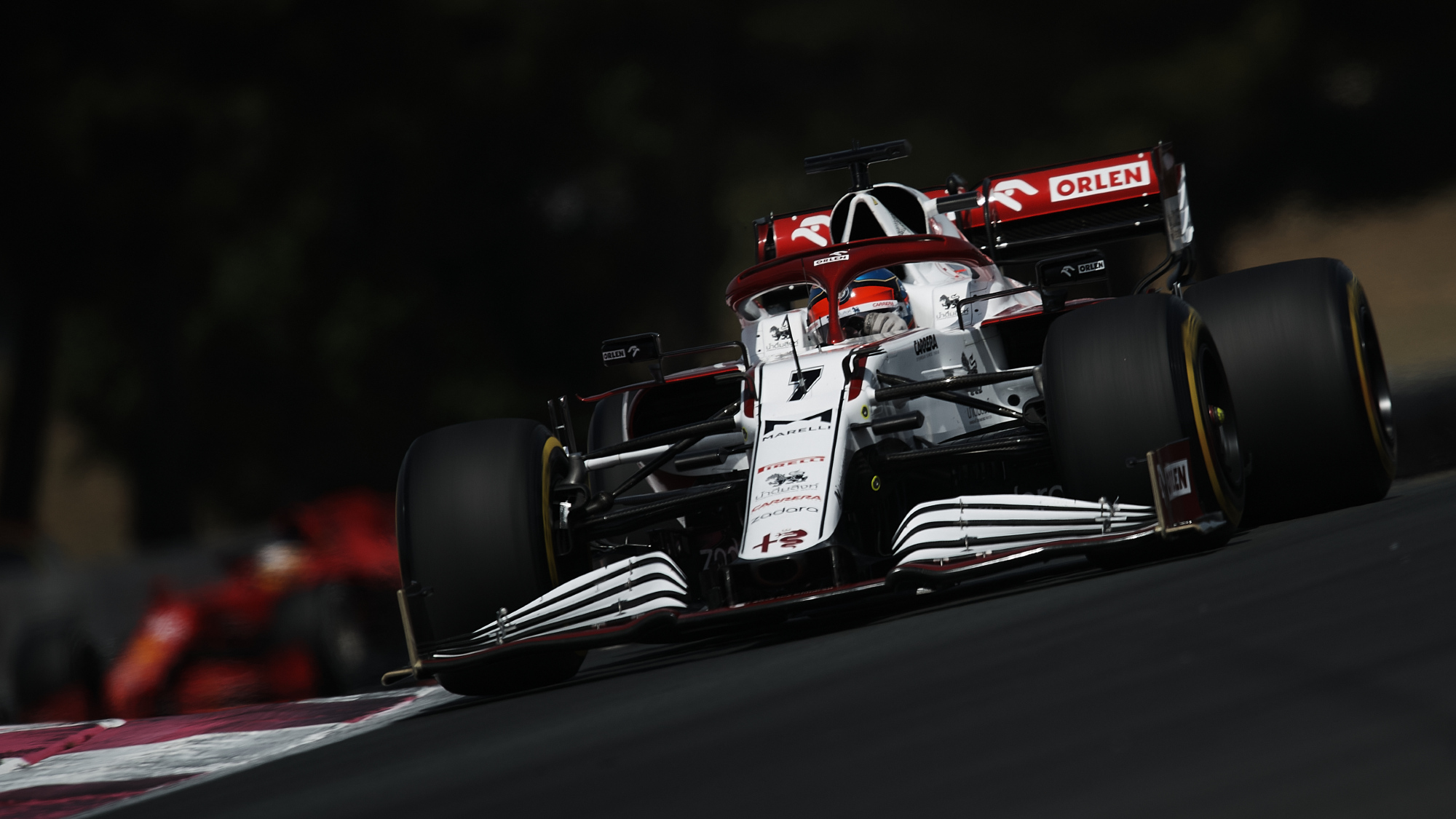 It was an afternoon to forget for Ferrari and it almost got worse on the penultimate lap of the race.

Already well outside of the top 10, Leclerc came under attack from Kimi Räikkönen entering the Mistral Straight.

A great tow for the Alfa Romeo drive forced the Ferrari to defend the inside approaching the chicane but the braking phase brought the slightest of touches.

The Monégasque pinched Räikkönen to the outside of the track and the two made contact tyre-face to tyre-face, forcing Kimi over the kerbs and to ultimately accept 17th place. 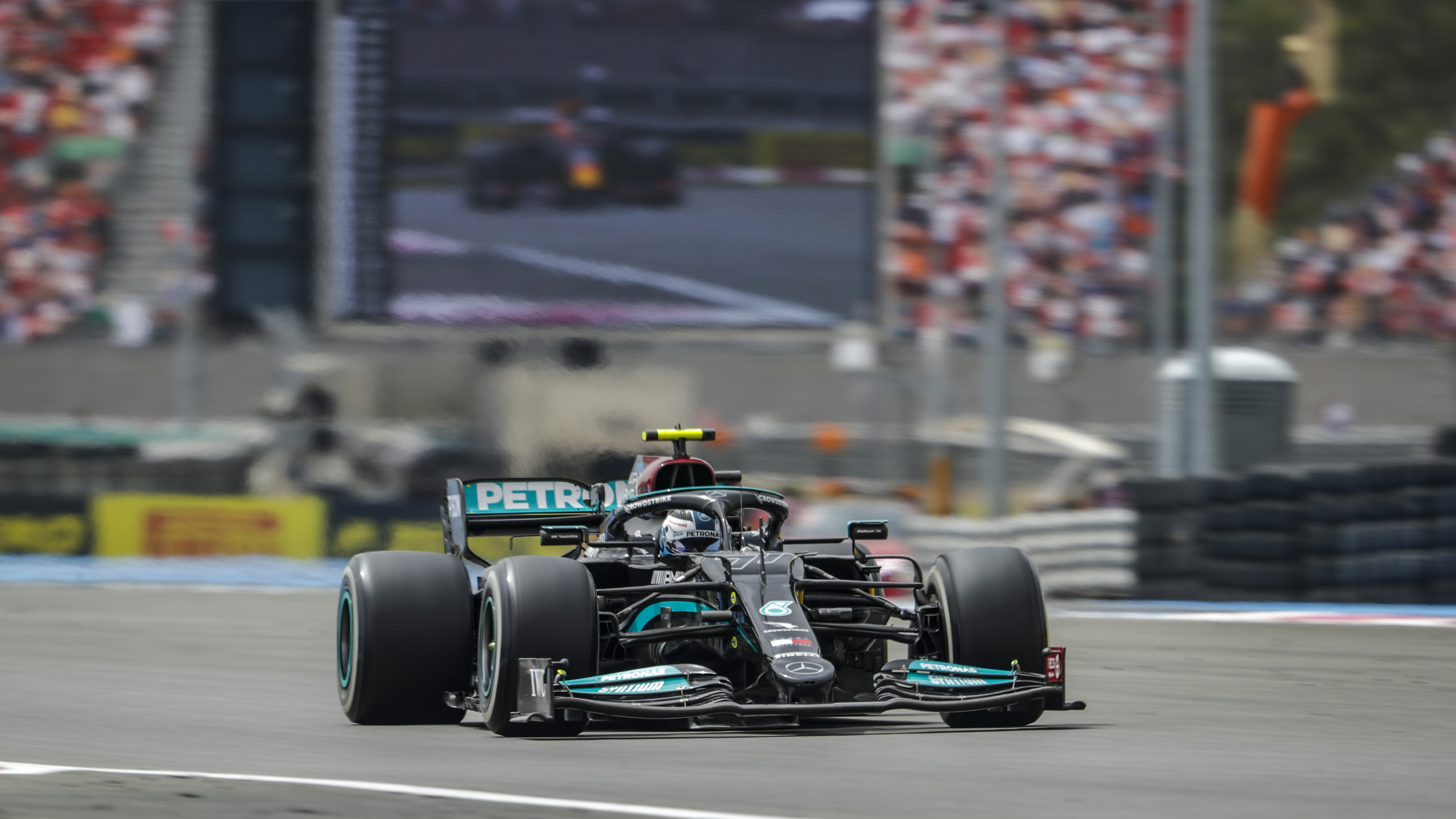 Bottas was less than impressed by his Mercedes team as the laps ticked away in the final stages of an engaging French Grand Prix.

While he appeared to have the pace during the initial phases of both the race start and second stints, the Finn’s tyres were worn down to the canvas in the final 10 laps and left to defend from both Verstappen and Sergio Perez.

As the latter made his way by, the frustrations boiled over and prompted an outburst that we’ve seldom heard from Bottas at any point in his career.

After the chequered flag though, the silence over the radio was excruciating as race engineer Riccardo Musconi tried to get a word out of his driver.

A silent four-minute in-lap teed up what must have been an agonising and honest debrief in the Mercedes camp.

Where did that undercut come from?

Max Verstappen’s undercutting of Lewis Hamilton certainly caught Mercedes by surprise but should that have been the case?

When Valtteri Bottas pitted on lap 18, the Finn made up 1.1 seconds on the Red Bull in front as he attempted an undercut of his own, but it wasn’t enough. It wasn’t by a lot though and the clue to how close it would be up front came a few laps earlier as Daniel Ricciardo and Charles Leclerc made their stops. The Ferrari had been passed by Ricciardo on track but made his place back with incredible pace following a stop on lap 15.

Ricciardo also gained on those ahead and by the time Carlos Sainz and Pierre Gasly pitted and rejoined the following lap, the McLaren driver made up over 2sec to clear both, underlining just how powerful the undercut was.

Following Bottas’s stop, Hamilton was told to go around once more with around a 3sec gap in a strategy that may have worked a few seasons ago, but with the performance levels between Red Bull and Mercedes being as close as they are, left the door wide open for the Dutch driver to seize the lead and initiative in the race with a stellar out-lap.

Another costly strategic error on the Mercedes pit wall.

Stroll’s surge through the order 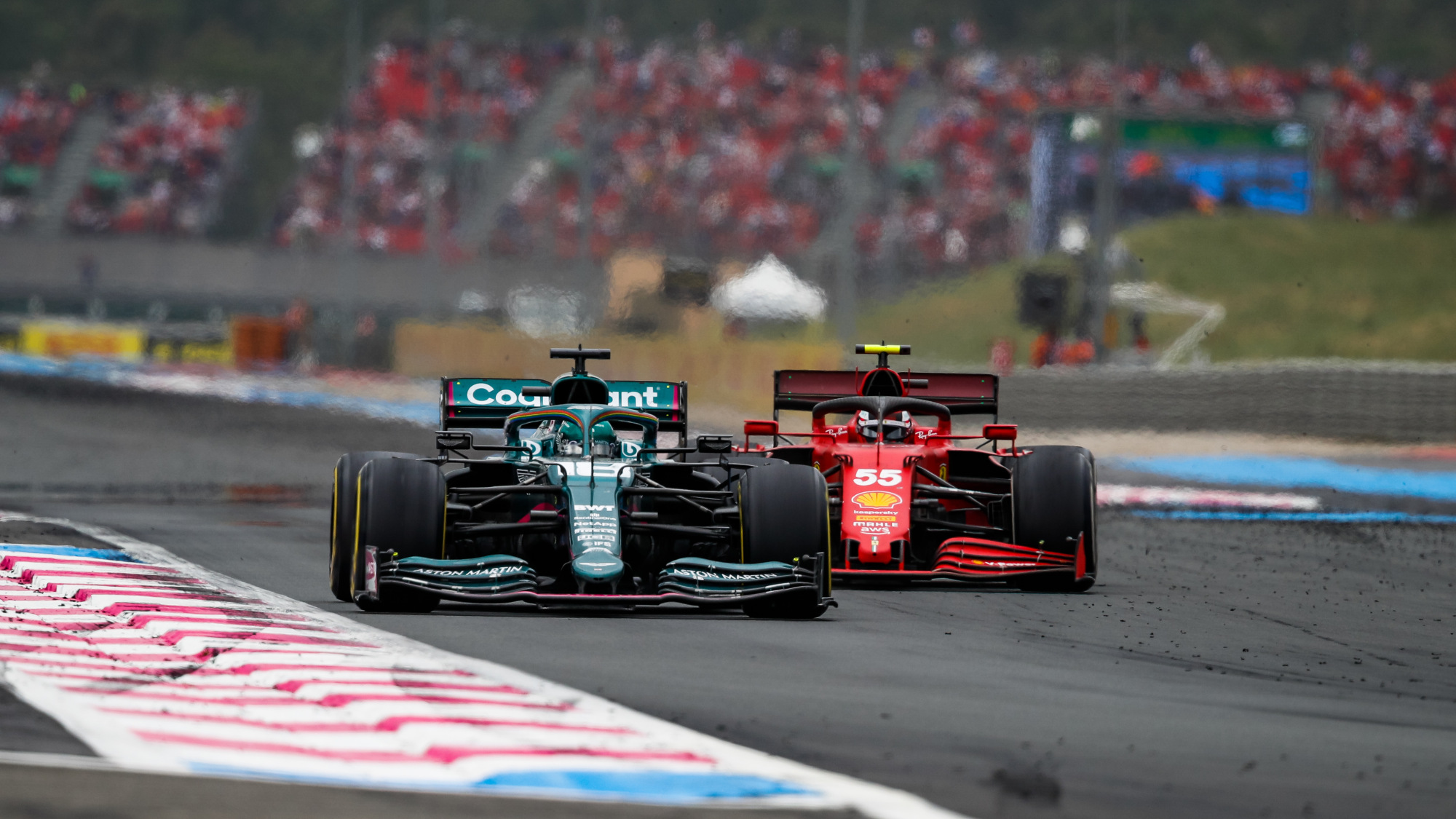 Stroll and Aston Martin were big winners in the midfield

A torrid qualifying session meant Lance Stroll started from P19 having not set a time on Saturday but after Friday practice suggested Aston Martin’s race pace wasn’t strong at all, many would have been forgiven if they’d expected the green cars to trundle around outside the top 10 all race.

That was far from the case though on race day as the Silverstone team put together a fantastic race both on the pit wall and in the cockpit. Sebastian Vettel pulled some great moves on his way to a ninth place finish, but team-mate Stroll went even better to rise from his starting position to claim a point by the end.

Both Astons elected to start the race on the hard compound tyre, a move that proved to be the right call as the tyre degradation seen during the race was much higher than anyone expected, making the medium tyres too fragile for a one-stop for some teams.

Stroll made light work of Mick Schumacher, Yuki Tsunoda and George Russell on the opening lap to move up to 16th, dispatched Nicholas Latifi on lap 2 and had cleared both Alfa Romeos by lap 15.

The Canadian gained further places as others ahead pitted before he made his sole stop on lap 34 from sixth place and fed out into 14th. He then made up 14sec in the remaining 18 laps to overtake his way to a point on a strong afternoon for the team.