Two of Formula 1’s midfield teams believe that they will be better-placed to challenge the frontrunners this season, as the first day of testing in Barcelona comes to an end.

Mercedes, Ferrari and Red Bull have annexed the podium positions in recent seasons with few exceptions, but some from the chasing pack believe that they will be closer in 2020, thanks to stable regulations.

With several days of testing to go before the first race, they see the gap to the frontrunners shrinking.

At the beginning of the week, Racing Point announced its ambition to target podiums, with CEO Otmar Szafnauer saying the team will be tasting champagne at least once before the car was even on track.

“I predict that before the race they’ll be drinking water and after a race this year both of them will be on the podium at least once drinking the champagne,” he said at the launch of the RP20. 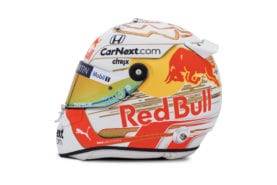 Other team bosses are punchy too. AlphaTauri team principal Franz Tost predicts the gap will shrink with the looming 2020 regulations, and is aiming for a top-five finish in the championship.

“It could be that this year, I don’t know yet, that the midfield is coming a little bit closer to the front teams,” said Tost at the Barcelona test. “There was no regulation change and if there’s no regulation change then smaller teams have more possibilities to catch up, but the rest we will see.”

Some of the midfield contenders remain cautious, though, with just a single day of testing in the books.

Günther Steiner suggested that while the gap might close, it could depend on when the top teams begin development of their 2021 cars.

“It could be [smaller] but I’m cautious to predict that one,” he said. “The top teams, with their resources, they can just do so much more.

“You think that with the stability that you should close the gap, which in theory is logical but with the resources they’ve got, they should be ahead.

“Maybe they start earlier to work on the 2021 car so then maybe it closes up a little bit if some of the teams keep working on the 2020 cars. In theory yes, but in practicality we need to wait and see.”

“So far so good. It is always difficult to have a clear picture and situation after four hours, so now we can stick to the programme. Everything looks fine now, but it’s a long way to go and we will see later on.”

Asked if Szafnauer’s target was realistic, he laughed and said: “If it’s a target of Otmar’s, then it’s fine.”

McLaren has also dampened hopes of a return to the podium after Carlos Sainz’s third position in last year’s Brazilian Grand Prix, saying that it expects the top three to dominate in 2020.