Mike Spence’s potential was never truly realised, and his 1968 season – which could have been his breakout  – ended in tragedy 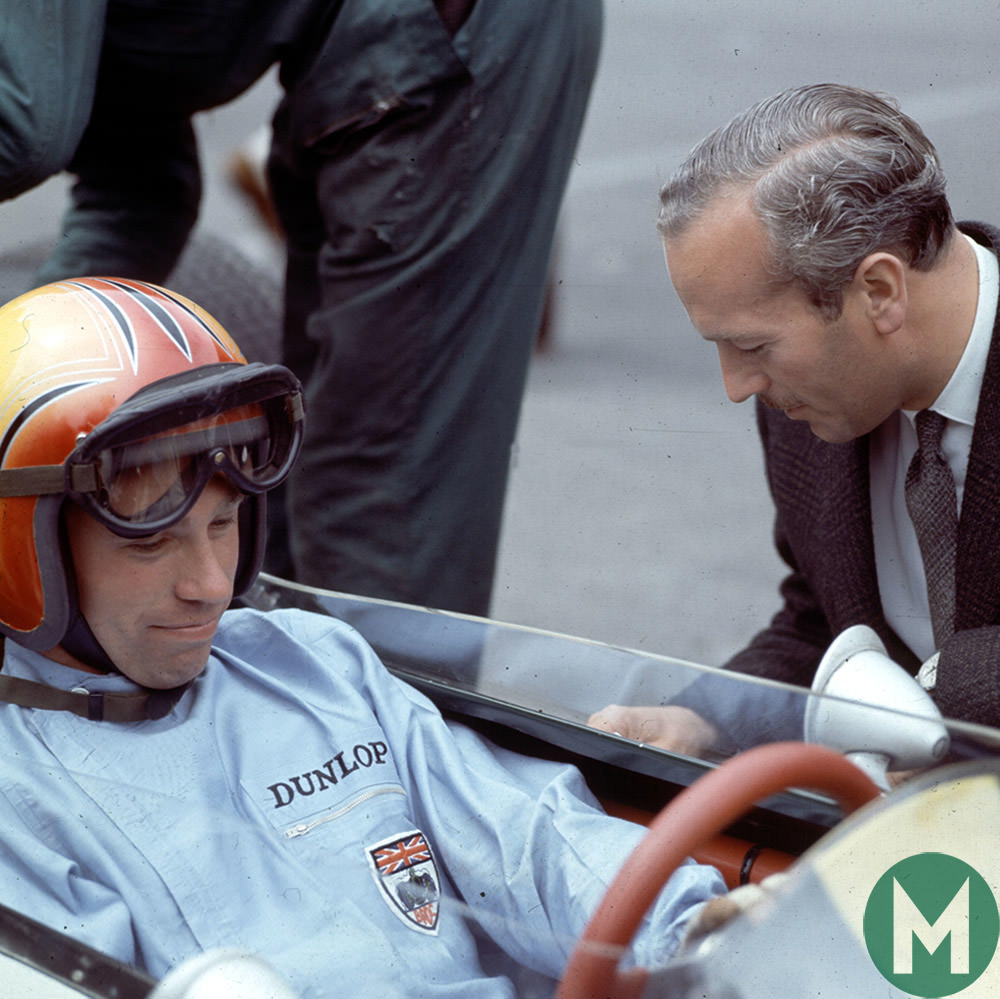 Spells as Formula 1 team-mate to Jim Clark (at Lotus from 1963-65) and Jackie Stewart (at BRM in 1967) had shown him to be a model professional: capable, thoughtful and unassuming.

But he didn’t want to remain a ‘safe bet’ number two forever.

His sharing during 1967 of the hi-tech Chaparral 2F sports-proto with two-seat benchmark Phil Hill had shown another side of him: front-running speed.

And with the number one seat at BRM up for grabs now that Stewart had switched to Matra/Ford/Tyrrell, the 31-year-old from Maidenhead realised that now was the time.

Spence’s spirited performance in the Race of Champions at a brisk and breezy Brands Hatch in March 1968 – running second when a grounding oil pipe wore through – caught the eye.

As would his selection for Ford’s F3L debut at the same circuit’s BOAC 500 in April. Team boss Alan Mann could have chosen Jochen Rindt or reigning world champion Denny Hulme – but Spence’s swift sorting of the car and smooth style thereafter had won him over.

There was a cloud of course: Clark’s death at Hockenheim was announced over the PA to a stunned crowd.

He wasn’t pushy. It was Colin Chapman who approached Spence to drive the car that the brilliant Scot had felt sure would have given him his second win at Indy: the fantastical Lotus 56 wedge that whistled to the tune of a Pratt & Whitney turbine.

Spence had misgivings about driving another Lotus – despite his running a Lotus dealership – and discussed the dilemma at length with Mann. It was from the latter’s office that he called – probably with a heavy heart and butterflies in his stomach – to accept an opportunity too big to refuse.

Chapman had always appreciated Spence’s sensible approach and accurate and perspicacious feedback and felt sure that his experience with the semi-auto Chaparral would allow him to adapt quickly to the 56’s two-pedal set-up.

He wasn’t wrong – but got rather more than he bargained for and that their open-ended contract suggested: Spence had grown teeth since 1965 and his confidence was as high as it had ever been.

At Silverstone’s Daily Express International Trophy he had stood respectfully alongside his BRM P126, second on the grid, during the minute’s silence in Clark’s memory before tearing into the race, swapping the lead with McLaren’s Hulme until halted by a broken timing chain after 40 laps.

This was the Mike Henderson Spence that arrived at Indy for the Month of May.

This was the Mike Henderson Spence that so impressed the regulars with his class both in and out of the cockpit.

Having breezed through the rookie trials with good grace and good humour, he seemed more at ease with the four-wheel-drive machine than did Graham Hill and, on Tuesday, May 7, cut a lap of 169.555mph: the second fastest in history – on full tanks and in a gusting wind.

He reckoned there was more to come and wasn’t the sort to exaggerate.

And that ought to have been that for the day: arguably the most important in his mainly understated 10-year career so far.

But he was persuaded – it wasn’t too difficult, to be honest – to sample the 56 with which Greg Weld, the reigning USAC Sprint Car champion, was struggling.

Spence being Spence, it was simply the right thing to do: help a team-mate. Besides, there had been a suggestion that he might co-opted by the STP side of the operation should Stewart’s broken wrist mend in time.

There had been rumblings too – plus a warning from officials – about his unconventionally low line in the turns. But, on this occasion, Spence was high on the approach to Turn 1 in the late-afternoon shade cast by the grandstand.

The Lotus struck the wall at 45 degrees at 5.12pm and slid along it for 400ft before veering down the banking, its engine still whining. Its right-side suspension and wheels had been torn off but its main structure was intact.

Sadly its driver, though unmarked, had been struck a mortal blow.

The right-front wheel, still attached by its track rod, had scribed a deadly arc and that colourful crash helmet, chin strap fastened still, crown smudged by rubber, lay on the track.

Spence died in Methodist Hospital at 9.45pm and a distraught Chapman left his briefcase “with everything you need” and left for home.

He returned suddenly and unannounced the following week – “Mike and Jimmy would want me back here” – and was present when Joe Leonard, a softly spoken Californian with fewer than 20 laps in a 56 under his belt, surprised by taking pole at 171.559mph.

Spence was right: there had been more to come from that chassis.

A tearful Chapman once more absented himself before returning, again suddenly and unannounced, on the Thursday evening of the Monaco Grand Prix, barking orders as if he had never been away: a sort of defence mechanism?

Hill won that race in the new Lotus 49B but was miffed to have been denied fastest lap at the last gasp by the race’s surprise package: second-placed Richard Attwood in the P126 that Spence would have been driving.

“Mike had been impressed with that car straight away,” said its designer Len Terry. “He reckoned the only thing it lacked was another 20 horsepower.”

“Richard did a great job but I genuinely think Mike could have won that day. He had more potential than people realised.”

He likely would have been in the mix at Indy, four days later: Leonard was leading with nine laps remaining when the fuel pump shaft sheared at the final green flag restart.

Monaco and Indy: Spence’s is not a name that conjures up The Big Time but for a few hours on the day of his death even this most level-headed competitor had cause to wonder.