You don’t realise how fast you’re going until you get on the grass. 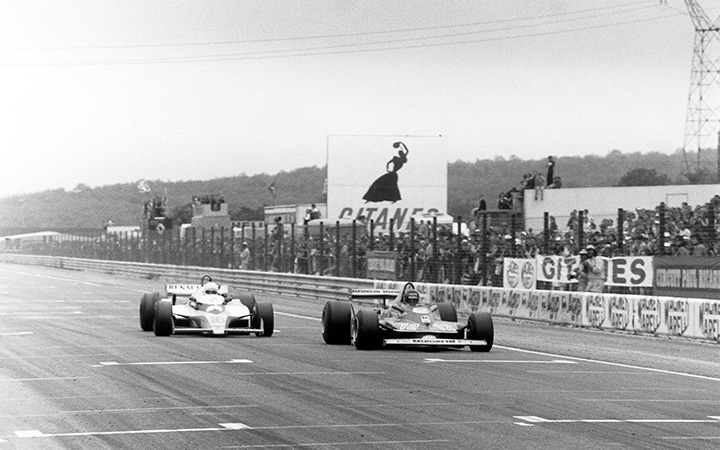 That motor racing truism was (almost) rammed home to the increasingly impressive Daniil Kvyat when his brake pedal went long at short notice at Monza on Sunday.

But, my, wasn’t his save a thing of compelling beauty? All synapse, crackle and pop, twitch muscle and, if you can have such a thing at 200mph, long, lazy slides carved in the sward. 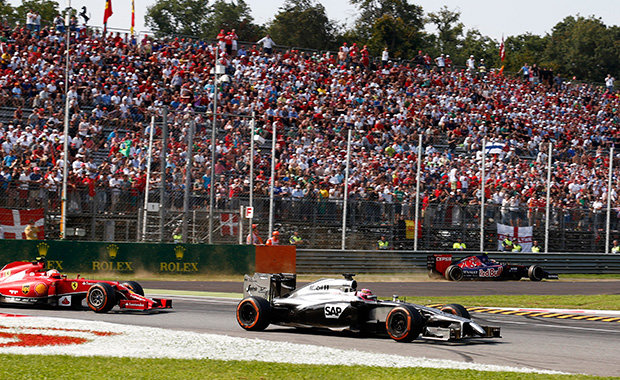 Oh, for a teenager’s reactions and balance.

Not that Max Verstappen’s saved him from slow-speed embarrassment in Rotterdam recently.

Driving a racing car at the top level is about consistency and rhythm; a conditioned reflex that releases the mental capacity required to tackle and negotiate the other aspects and demands of the job. This is particularly true today, with its assorted beeps and whistles, maps, modes and messages.

When Stirling Moss was in his pomp more than 50 years ago – his skinny-tyred car a dart, its flight path determined at turn-in – he was able to spot ‘crumpet’ in the crowd. Same skill. Different circumstances. 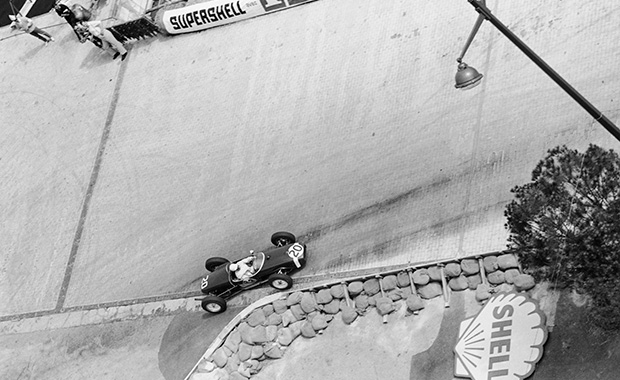 But every once in a while something exceptional – be it an Andy Roddick thunderbolt serve, a Waqar Younis bouncer or a Norman ‘Bites Yer Legs’ Hunter tackle – shatters their reverie.

That’s when perhaps they surprise even themselves with the true extent of their capabilities.

When Moss was hassled by the Ferrari ‘Sharknose’ of an overachieving Richie Ginther at Monaco in 1961, he was able to hustle his Lotus in response and obtain unimagined and repeatable speed with the minimum of apparent physical fuss.

It was for the same for Juan Fangio at the Nürburgring in 1957. He finished that German Grand Prix sure in the knowledge that he would never drive faster. He had tapped a hidden reserve, quaffed deeply and had no care to revisit the well, thank you. 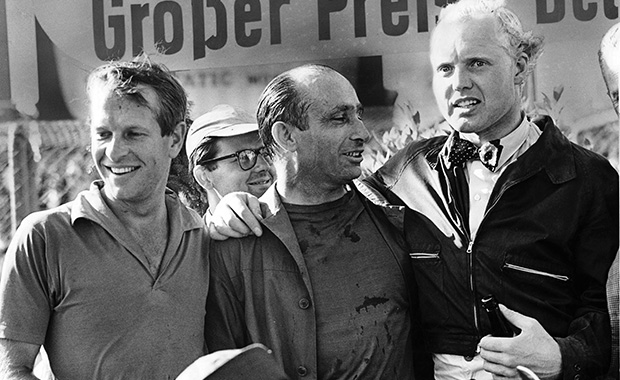 These, of course, were exceptional exceptions: extended otherworldly displays. Like Jochen Rindt’s hunt of Jack Brabham at Monaco in 1970. Like Jacky Ickx’s black night charge at Le Mans in 1977.

But then there are the snapshots: Keke Rosberg’s quick-and-collect spin when challenging for the lead on the opening lap at Long Beach in 1983 (he completed the lap still in second place); Jim Clark’s twinned rotations aboard his STP – “Spinning takes practice” – Lotus at the 1966 Indianapolis 500; and Jean Alesi anywhere in the wet on slicks. 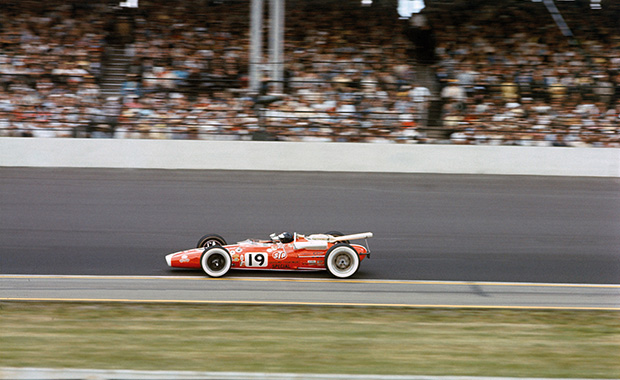 You’ll have your own to treasure, I’m sure. Moments that caused you to leap to your feet – and that still cause your neck hairs to prickle and stomach to leap an imaginary humpback bridge.

Mine are an eclectic bunch.

The first involves Hannu Mikkola in Clocaenog, or perhaps Penmachno – it’s what he did that mattered, not where he did it – on the ‘blind’ RAC Rally of 1980. (And, yes, I ought to have been at school.)

Except that he went beyond its apex and, in a blur, executed a sensationally fluid, counter-intuitive 360 in the meat of the junction. And it wasn’t that meaty truth be told. 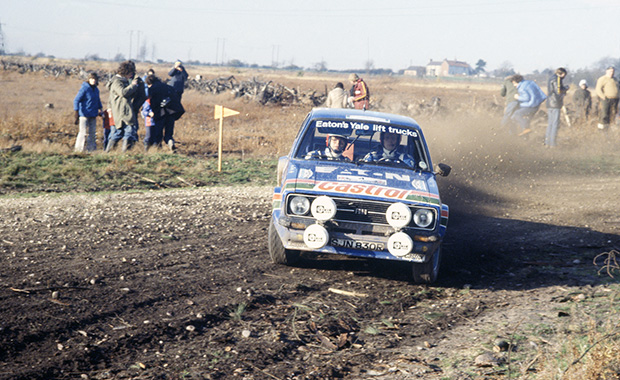 Did you see that?

I spent much of the 1990s chasing Super Touring’s ever-extending caravan. And it was never longer than at Monza in 1993 for the inaugural FIA Touring Car World Cup. 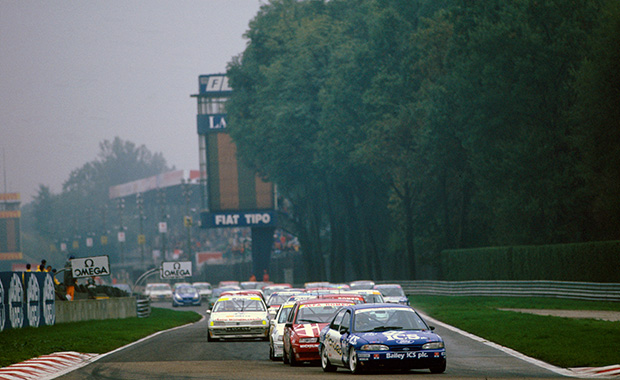 It was a crash-and-bash affair, to be honest, and Eric van de Poele was on the verge, literally, of adding another wreck to the unedifying tally when he got out of shape exiting Parabolica.

But somehow – the gravel might have helped kick his Nissan straight – he saved it and went on to set fastest lap and finish fifth in that second heat.

It was a performance – a moment even – that netted the Belgian a 1994 BTCC seat with the Janspeed squad. Sadly, it all went Pete Tong from the moment it decided to fit undersized Dunlops to the rear of his Primera at the opening Thruxton round. Team and driver had gone their separate ways by mid-season.

The pace of development of those front-wheel-drive 2-litres was rapid, and James Thompson needed all of it – punched sequential downshifts and tricky diff – to grapple and tame a monster slide in his Honda Accord at Oulton Park in 1997. 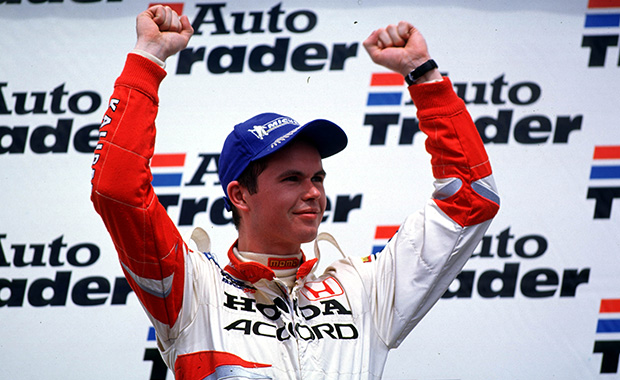 He caught my quizzical eye as I approached him in the paddock afterwards. “You were at Druids, weren’t you?” he said, grinning as he made the universally accepted gesture for opposite lock.

‘Weepers’ through its freshly laid banking had delayed the start on a grisly late-September day and my mother’s mood darkened. The whirling confusion of a race run at a giddying 25 seconds per lap further cheesed her off.

But the dawning realisation that the victory was going down to the wire caught her attention. And when de Ferran conclusively proved that still he possessed the hunger necessary to successfully defend his title – it was his first win of the campaign – Mum nearly went into orbit. 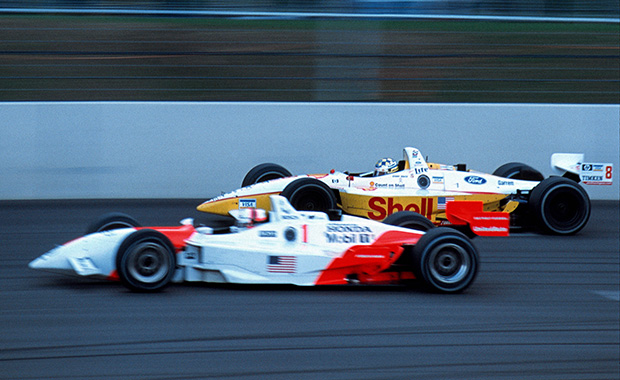 Sometimes motor sport creeps up on you – even at 200mph – and grabs you when you least expect it.

Those moments – often when things suddenly let go – are the moments that won’t let go. Sure, they make you realise how fast time is passing but, by way of compensation, I reckon on remembering them long after I have been otherwise put out to grass.