Nine decades after its first race, we ask: does the Monaco Grand Prix still deserve a place on the Formula 1 calendar? 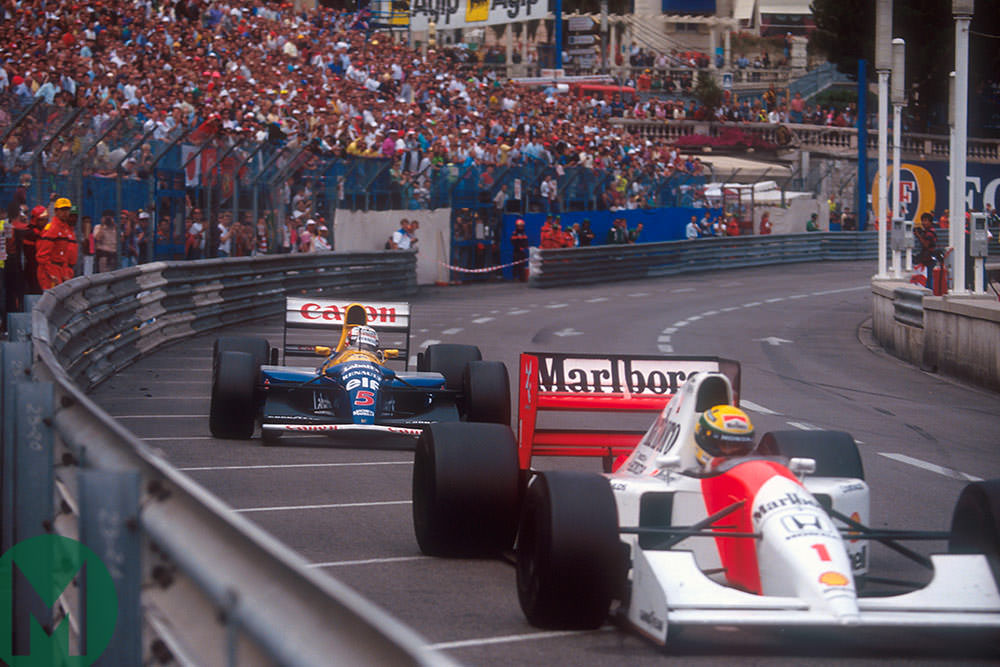 Monachronism: the action of attributing a grand prix to a venue to which it doesn’t belong.

It’s not a new thing.

When Antony Noghes, General Commissioner of the newly formed Automobile Club de Monaco, travelled to Paris in October 1925 to put its case to the governing body – the Association Internationale des Automobiles Clubs Reconnus – he was met with blank stares.

It was obvious, was it not, that Monaco was too small to host an international event entirely within its borders?

No international event, no membership. Simple as.

But had not Germany been readmitted in May?

The cheek! He’d show them.

Not that Noghes had a plan.

That began to form on the long train journey home.

A few days after his return he walked familiar streets but this time looked beyond the cobbles and tramlines and toward the future.

Thus was completed the first lap of the world’s most famous and controversial GP circuit.

Something so improbable that it became increasingly desirable and ultimately inevitable.

Noghes kept it under his snazzy titfer nevertheless. For two years.

Until he won the support of Louis Chiron, the suave Monégasque who broke through in 1928 by winning the Spanish and European GPs for Bugatti.

If the world’s top racing driver – for that’s what Chiron was briefly – thought Monaco suitable, who could disagree?

Some did, of course.

But not go-ahead Prince Pierre, who convinced his father-in-law Louis II that an international car race was just the ticket for a Principality keen to widen its appeal – if not its streets.

The AIACR acquiesced in October 1928 and the first Monaco GP was held on 14 April the following year. 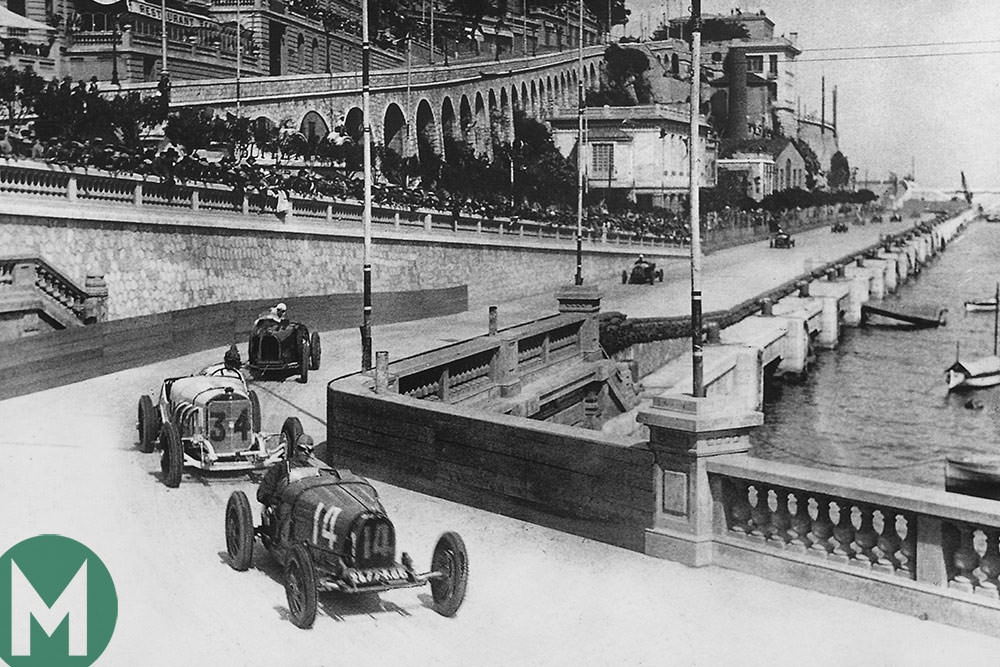 That it was won by a well-bred, handsome and enigmatic verging on secretive French-born Englishman – subsequently shot by the Nazis for undercover work for the Special Operations Executive – ensured that the Monaco GP was enticingly glamorous from the off.

And that Rudolf Caracciola twice led the race in a wholly unsuitable Mercedes-Benz SSK – he eventually finished third – allayed fears that the track was unfit entirely for purpose.

Not that the German star and his elephantine car were invited back in 1930.

That glamour and exclusivity have survived – they are what have carried the race through these past 90 years – but its suitability has taken heavy knocks.

A modern Formula 1 car’s dimensions and dynamics mean that the circuit has been overtaken by all events. Except overtaking.

Nelson Piquet’s metaphorical ‘Monaco’ helicopter has been banned from the living room and now resides in the downstairs cloak.

When in 1933 the race was awarded Grande Epreuve status – then a step up from being a mere Grand Prix – arch rivals Achille Varzi and Tazio Nuvolari fought an epic lead battle for Bugatti and Alfa Romeo respectively. They passed and repassed numerous times, often on the same lap.

When in 1961 Stirling Moss fended off a shiver of ‘Sharknose’ Ferraris, he did so by running consistently faster – by an increasing margin – than his pole lap. Blocking was not in this Corinthian’s nature. But nor was it an option given the skimpy dimensions of his Lotus.

When in 1970 Jack Brabham was flustered into an uncharacteristic mistake at the last corner – the old (not so glam) Gasworks Hairpin was capacious by Monaco’s finicky measure – there was a lingering genuine threat of a do-or-die move from the monstering Lotus of an inspired Jochen Rindt.

When in 1981 Gilles Villeneuve squeezed his truck-like Ferrari between the barriers and the spluttering Williams of Alan Jones on the approach to Ste Devote with four laps to go, there was exactly that: just enough room. Still.

But although more prized ‘real estate’ had by 1992 been prised from The Med – an ongoing process that has since 1973 served only to make the circuit more tortuous – there was no way on god’s green that Nigel Mansell’s faster Williams, jinking hither and thither on fresher rubber, was going to pass Ayrton Senna’s precisely placed McLaren.

Pole position has of course been important and of particular advantage here since Varzi stopped the clocks soonest in 1933 – the first occasion a GP grid was decided by times in practice rather than by ballot. 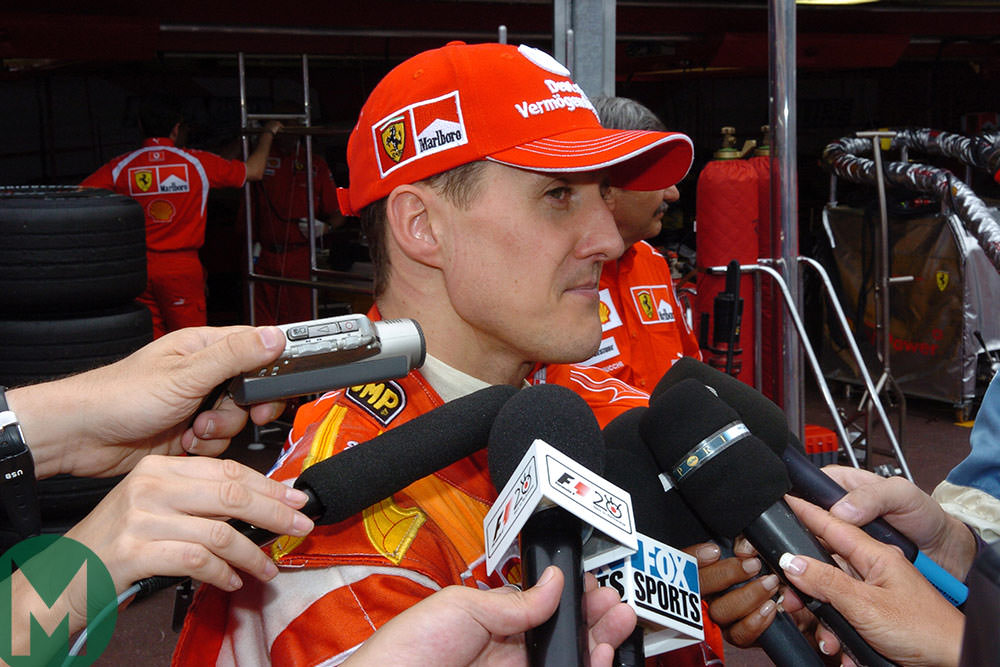 But nowadays the ‘race’ is on Saturday too, hence the ‘You can’t park there!’ chicanery of Michael Schumacher and Nico Rosberg in 2006 and 2014, respectively.

It’s the day when the drivers – and spectators – get the ultimate ‘rush’ of speed: a video game with very real consequences.

Sunday requires a different form of control: an unsatisfactory satisfaction.

Not that it’s not the one that they all want to win.

Not that it’s not the one that we are all drawn to watch.

For it is bizarrely compelling, this increasingly futile exercise.

It’s this history that ensures that Monaco should – and likely always will – be part of Formula 1’s future.

For it encapsulates all that is good, bad and mad about it: greed and speed, glitz and guts, millimetres and millionaires.

It puts the squeeze in its suck, bang, blow. No Monaco, no go, no show.

Only Ferrari is more important to the brand.