It wasn’t so much an installation lap as a detonation. The opening few minutes of Monaco free practice are usually an exercise in restraint, drivers feeling their way around and shying away from potential risk. And then Fernando Alonso explodes into view at the swimming pool complex, thumps over the kerbs and disappears with similar haste. Given a few more laps they will all be doing this, but for an opening gambit it’s admirably spectacular. After this brief flourish, though, the track falls silent for almost half an hour.

Lewis Hamilton usually shows parallel vim in Monaco – and he was good to watch once again. Team-mate Nico Rosberg was neater, though, and about three tenths quicker in each session. We all know practice times can be skewed by traffic, fuel loads, strategic variations and so forth, but it will be interesting to see whether the power balance shifts. It is one thing for Rosberg to outperform Hamilton in percentage races, quite another if he continues to topple him in terms of one-lap pace. 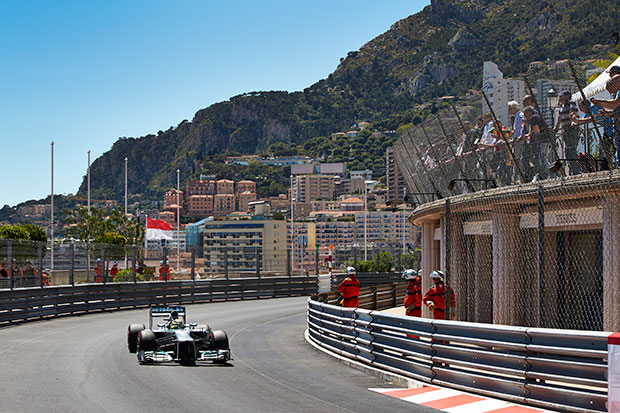 My morning stroll commenced at the swimming pool and concluded, as often, at Portier. This, of course, means walking through the tunnel – possibly the finest of all privileges associated with a media tabard. No matter how many times you stand there, you are always consumed by the sensory overload. It felt perhaps a fraction more remote on this occasion, for since last year health and safety paranoiacs have erected debris fencing along its full length, but that doesn’t greatly dilute the impact.

I began the second session at Mirabeau and plotted a downhill course towards Rascasse. Some of Monaco’s more charmingly antediluvian traits were apparent en route – not least to the inside of the hairpin, where you can still perch on a small rockery, almost as close to the cars as your eyes are to this screen, to take photographs. It’s a touch exposed, perhaps, but speeds are pedestrian and it remains a glorious throwback. Long may that be so.

Alonso and the Mercedes drivers apart, Romain Grosjean and Pastor Maldonado were good to watch. The Williams FW35 looked a horrible handful, but that didn’t curb his commitment – and through the chicane the Venezuelan was as spectacular as anyone. He was sixth quickest in the generally slower morning session, but slipped to 14th in the afternoon as others edged towards their true potential and left him in the high 1m 16s. 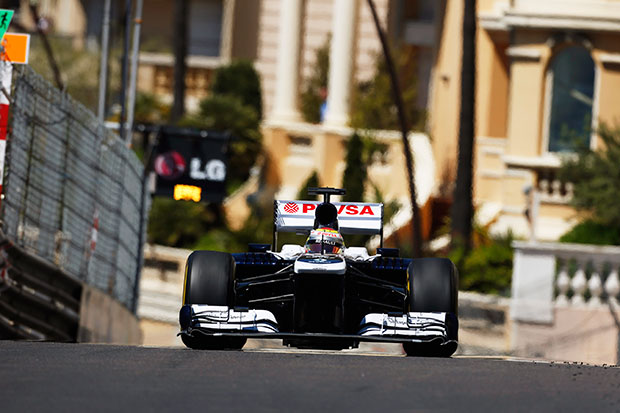 Maldonado’s compatriot Johnny Cecotto Jr qualified on pole for the main GP2 race – as, indeed, he did in 2012 – but this time it was contentiously ironic. There are those who feel he shouldn’t have been permitted to race here at all, in the wake of a vicious, defensive chop administered to Sergio Canamasas during the closing stages of the previous race in Barcelona. That was the latest in a long series of controversial incidents and it triggered condemnation from many, including a few rivals, who feel his natural aggression requires better control. The stewards took no action, however, and that left him free to annex a strong position ahead of tomorrow’s rather threadbare programme, which features only qualifying for the Porsche Supercup – complete with world rallying’s two most prominent Sébastiens, Loeb and Ogier, as guest drivers – and the aforementioned GP2 contest. 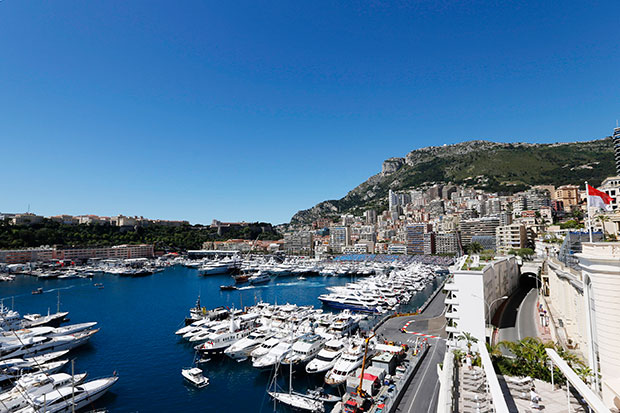 Many people believe a Grand Prix weekend could be squeezed into two days, but Monaco – like Australia – extends over four. In Melbourne there are valid reasons, for the organisers have a huge support programme to accommodate, but here it’s more a case of retaining a captive audience for as long as possible and bleeding it of every last centime.

There was a reasonable crowd for the opening day of an F1 meeting, but swathes of vacant grandstands told their own tale. You expect to see such things in Bahrain or Korea, but fertile heritage provides no immunity in the present climate.