How Stirling Moss won the 1958 Argentine Grand Prix, and why it was such a major achievement 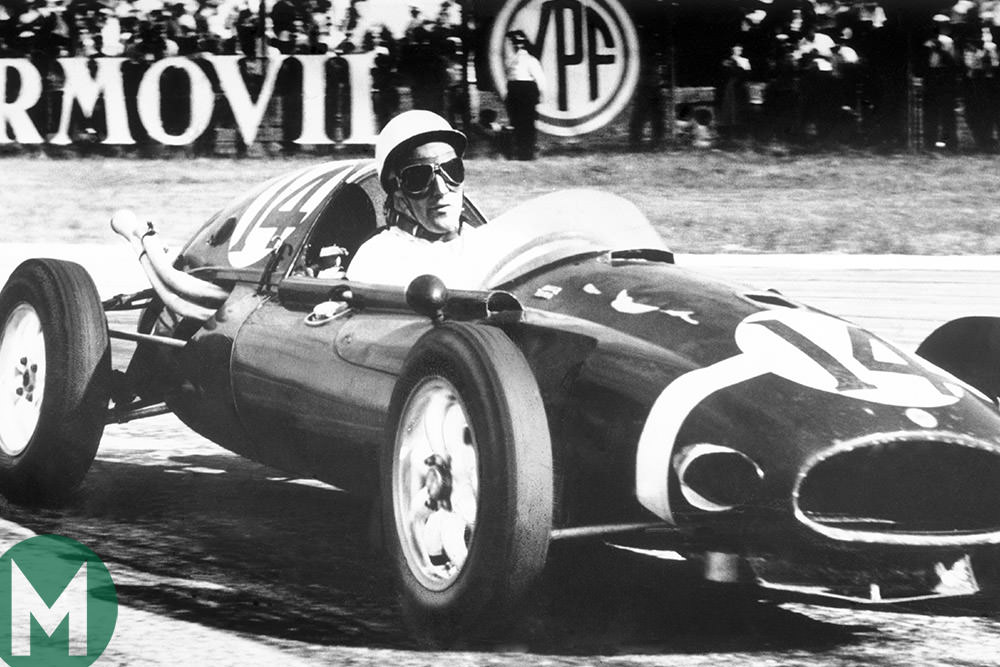 There was a time, more than a decade distant, when I’d board a plane to the far side of the planet to report on an event whose outcome was pretty much a foregone conclusion. Between 2000 and 2004, his five successive world title seasons with Ferrari, Michael Schumacher won the Australian Grand Prix four times. Yet we always travelled in the hope that there would be at least some form of contest.

Any such prospects looked completely forlorn for those making the trek to Buenos Aires at the dawn of the world championship 60 years ago, when aircraft were less efficient and journeys far more arduous than they have since become.

There was no obligation to contest every race in those days, of course, and only 10 cars turned up. Vanwall, Cooper, BRM and Lotus would begin their campaigns in Monaco, which left just three factory cars on the entry list. The Ferrari 246s of Mike Hawthorn, Peter Collins and Luigi Musso were expected to dominate, their opposition coming from six privately entered Maserati 250Fs – one of them, admittedly, in the hands of reigning champion Juan Manuel Fangio – and the sole British entry, Rob Walker Racing’s Cooper T43. Its Climax engine – the only one in the field to be mounted behind the driver – had been bored out to 1.9 litres, but still conceded 600cc, two cylinders and an estimated 105bhp to the V6 Ferraris. The only apparent plus was its driver: Stirling Craufurd Moss. Even he could qualify only seventh, mind, fully two seconds shy of local favourite Fangio.

Ten years ago, during the Goodwood Revival Meeting, I had the good fortune to be able to sit and chat with Moss about the subsequent sequence of events.

“We knew it would be a tough race,” he said. “Given the heat and the conditions, we also knew everybody would have to stop for tyres – so I told Alf Francis, my mechanic, that there was no way I intended to do that. It was our only chance if we wanted to win.

“I can’t remember whether the Cooper had four wheel studs or five, but either way the Ferraris had quick-release hubs and would be able to change all four wheels much faster than we could. At that time I would have lost two to three minutes with a wheel change. The evening before the race, I made a great deal of fuss about this, telling the others how lucky they were because their tyre stops would be much quicker than ours.”

The Ferrari challenge was diluted within moments of the start, Collins pulling off with a broken driveshaft, so Fangio led initially from Hawthorn, Jean Behra (250F) and Musso, with Moss biding his time in fifth. The Cooper was lighter than its opposition and, consequently, kinder on its rubber. As those ahead pulled in for fresh tyres (and a glass of water), Moss pressed on and inherited the lead.

“I don’t think the others were too worried about that,” he said, “because they knew I’d have to stop eventually.” Further to convince them of as much, Alf Francis occasionally dangled a wheel over the pit wall, to remind his driver that he needed fresh tyres, and Moss would offer a wave of acknowledgement. Fuel-pressure problems had delayed Hawthorn in the pits and the Maseratis had been obliged to ease their pace, as they had started running too hot, but Musso was running strongly in second and a Ferrari victory still appeared a formality.

As the race drew towards its final denouement, the truth began to dawn on the opposition: Moss had absolutely no intention of stopping, Musso was told to up his pace and the gap between the first two drivers began to shrink. “I had been doing everything I could to preserve the car,” Moss said. “The kerbs were very low at some points on the circuit and, where possible, I was deliberately running onto the grass in an effort to cool the tyres. I could see that the fronts had worn down to the canvas, so things were pretty scary.”

When the chequered flag fell after almost 2hrs 20min, he was just 2.7sec clear of the closing Musso. It was the first world championship success for a rear-engined Grand Prix car – a landmark moment shaping the design philosophy that continues to this day.

The news broke just in time to merit passing mention in the February 1958 edition of Motor Sport and a fuller race review appeared the following month. The writer concluded that it was fortunate the event ran to the latest FIA regulations, “reduced from 100 laps to 80, 300 kilometres being considered long enough for a Grand Prix in these ‘milk-and-water’ days of motor racing.”

There are no initials on the report, but that final sentence is trademark Jenks.

‘Milk-and-water’, 60 years ago: wonder what he’d have thought about halos…