Why are more and more F1 fans watching MotoGP? And is this a good thing or a bad thing? 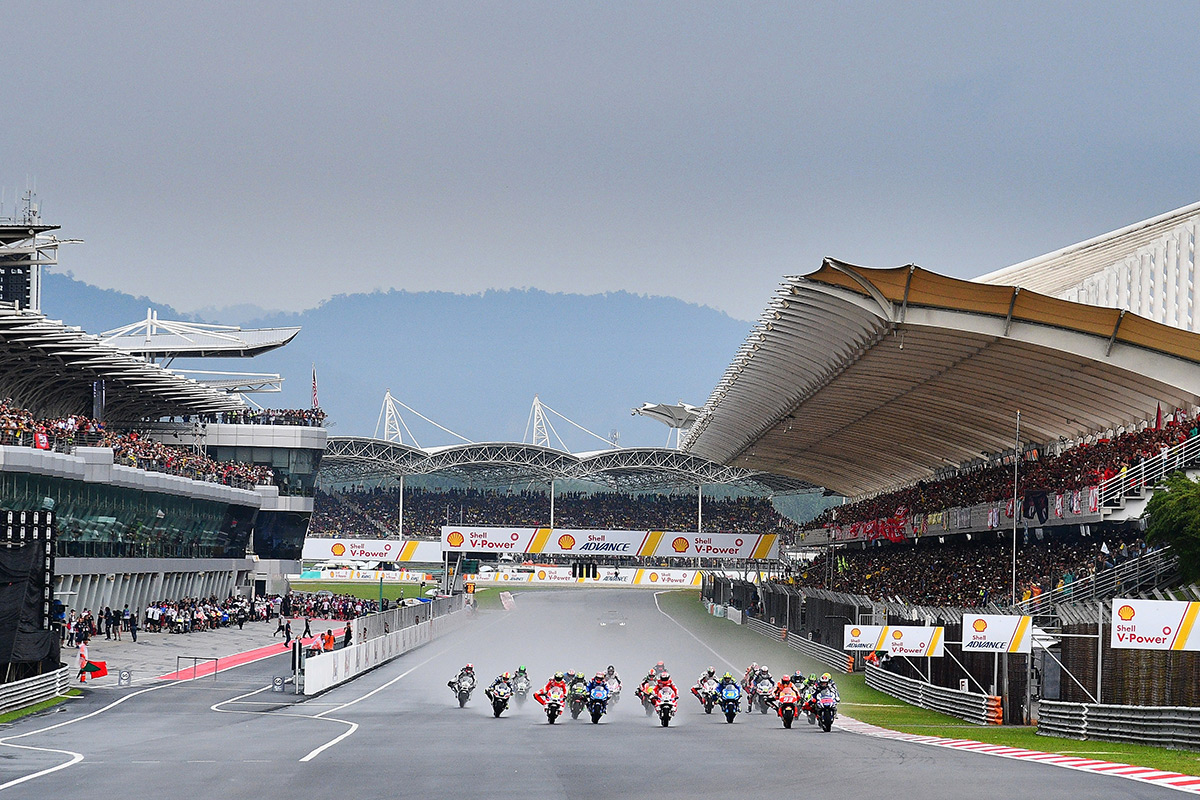 In the current edition of this website’s print magazine, Nigel Roebuck starts out by comparing the dwindling number of F1 spectators at Sepang with the Malaysian circuit’s sell-out MotoGP crowd. He goes on to examine the possible causes for waning interest in F1.

If each sport’s TV viewing figures are to be believed (ha!), F1 has lost about a third of its viewers over the past decade, down to about 400 million; while MotoGP claims it has an audience of 300 million households, which very roughly equals 1.2 billion people. Those numbers don’t seem to add up – surely more people still watch F1 – but they do underline the general feeling that F1 is waning while MotoGP is waxing.

Roebuck – who has covered F1 since 1971 and is a keen follower of MotoGP – has plenty to say about F1’s problems, including the damage done by incessant rule changes.

“Motorcycle racing remains essentially unchanged as a spectacle,” he says. “While Formula 1 has progressively slipped into a malaise from which it’s proving difficult to escape.”

But the main thrust of his story concerns F1’s relentless drive towards exorcising each and every danger from its midst. “The gladiatorial aspect of F1, traditionally essential to its fans, is long gone,” he adds.

He discusses the state of play with various greats from today and yesterday, including three-time F1 champion Niki Lauda, who still bears the scars of the fiery accident that nearly claimed his life in 1976. “First, the cars are too easy to drive now,” asserts Lauda. “In MotoGP they are fighting all the time not to crash, and this is what we have to get back in F1, because then you will see the difference between drivers again – and that’s absolutely vital.”

Roebuck suggests that many modern circuits – take a bow, Hermann Tilke – are designed “to put fans to sleep”. He is especially critical of asphalt run-off. He’s has had enough of it, as have many people in F1, including some drivers, which is good news for MotoGP riders, although rather too late for Luis Salom. 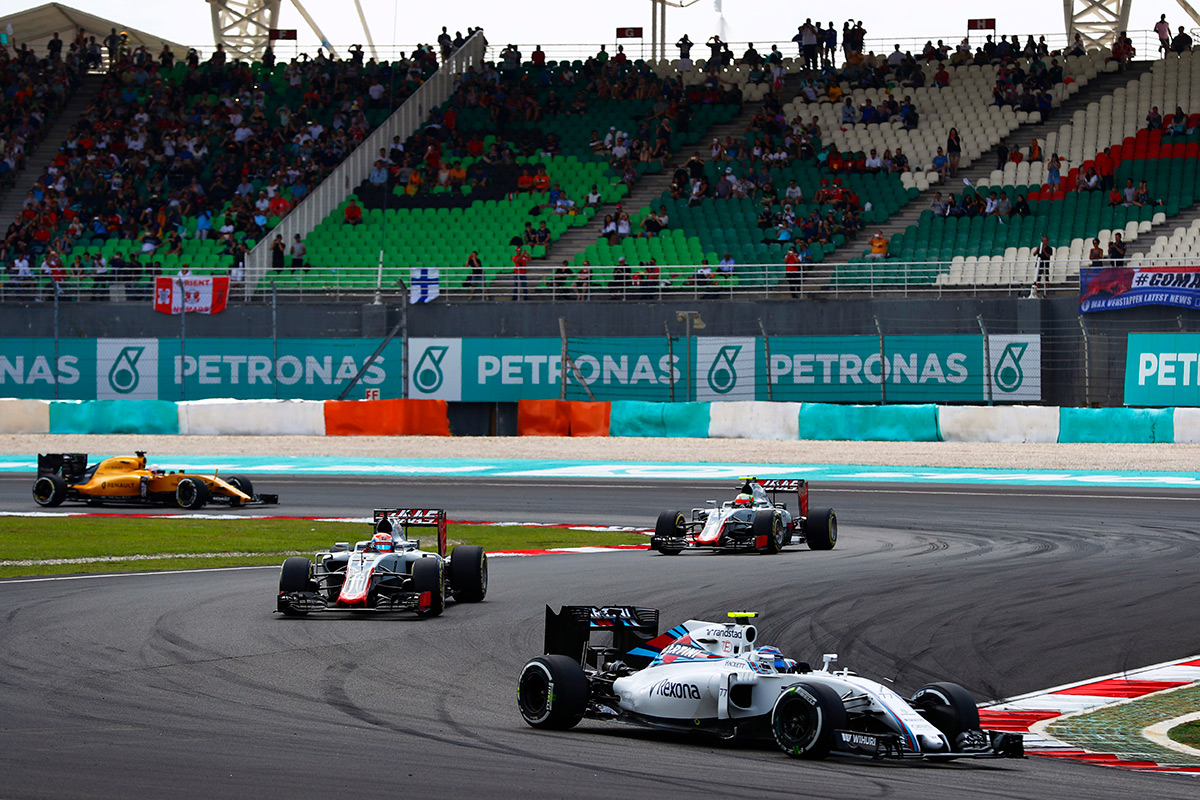 Empty grandstands at Sepang for the 2016 Malaysian Grand Prix

Roebuck correctly observes that the lines marking circuit limits have become nothing more than guidelines, with drivers treating the asphalt runoff as a handy extra section of racetrack. True, they may get sanctioned for going too far, but this involves penalties during a race or, even worse, afterwards, which isn’t the kind of thing that gets fans excited.

The answer? The return of gravel traps, which make life much more difficult for reckless and/or greedy drivers. On this subject he quotes Red Bull F1 star Daniel Ricciardo. “I’m a fan of gravel traps because they punish you,” says Ricciardo. “If you don’t get stuck, you have stones in the tyres and in the side-pods, so there’s no way you get an advantage.”

Asphalt runoff does have its uses – in the right place it can reduce the kind of purling crash that causes many injuries in bike racing – but it’s become too prevalent. Gravel traps slow fallen riders and bikes more effectively, which is vital when a corner isn’t surrounded by acres of runoff.

Asphalt runoff has been around for almost a decade and many MotoGP rides hated it from the outset, especially 2007 and 2011 champion Casey Stoner.

“It pushes people to be more on the ragged edge,” Stoner told me back in 2009. “Riders have got so much confidence that they’re not scared. All they see on the other side of the kerb is more kerb, so there’s no fear.”

You hear Stoner’s argument – that too much safety can cause more danger because it encourages more risk-taking – more often these days, even though the Aussie admitted the fear factor was always an attraction.

“Fear is part of what gives you the adrenalin rush, it’s part of why we love to do what we do, because it gets your heart racing, it gets your blood pumping,” he said. “It’s that slight bit of fear that keeps you interested.”

This brings us back to Lauda’s comment about MotoGP riders “fighting all the time not to crash”. Bike racers live on the razor’s edge, which is where they belong. They are gladiators battling the fear and each other, which is presumably why more F1 fans watch MotoGP now. 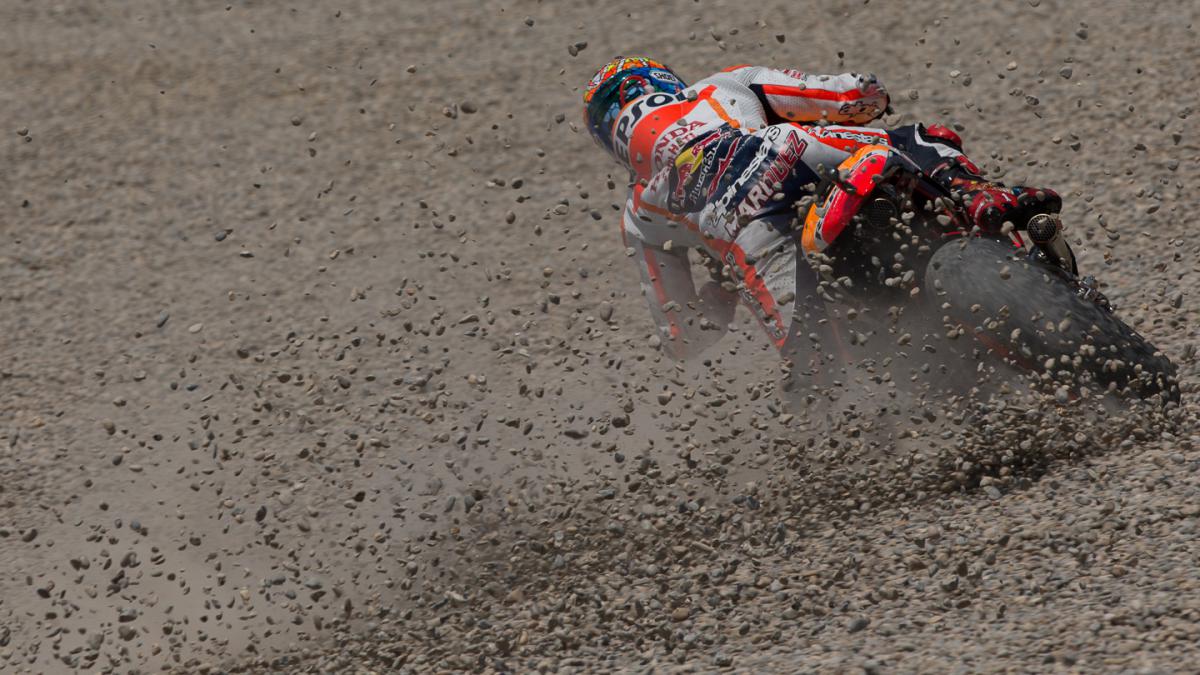 Perhaps MotoGP’s relative simplicity is also an attraction. While F1 keeps tinkering with its rules and World Superbike and British Superbike have their own regulatory contrivances, MotoGP stays old-school: the quickest rider over one lap starts from pole, the quickest rider over 25 laps wins the race and the rider with the most points at the end of the season wins the championship.

Racing should be exciting enough on its own. If it isn’t, then fix that problem, don’t just paper over the cracks with a few wacky rules.

I have only one concern: that MotoGP might get too popular. Just because motorcycling’s premier class keeps growing and becomes more mainstream doesn’t mean it will get any better. In fact I’ve always found the opposite: bigger TV figures mean more bullsh*t, more media hype and more people in the paddock who know or care nothing about bike racing but know how to sniff out a moneymaking opportunity.

And with these people come private jets full of (mostly) irrelevant celebs who totter about on the grid, desperately trying to bask in the reflected glory of the riders.

The one Dorna document I refuse to even look at during each MotoGP weekend is its list of celebrity visitors, usually published on Sunday mornings, presumably with the hope of turning us all into a froth. I really don’t care if Kanye West or Bono or Richard Branson show up to compare trophy wives and trophy watches, while marvelling at the exciting motorbikes whizzing past. Motorcycle racing was never meant to be about VIPs. To me, one of its biggest attractions has always been its classlessness.