Stars of F1 future shine in test, Kvyat nears a race ban and remembering one of Porsche’s maddest designs 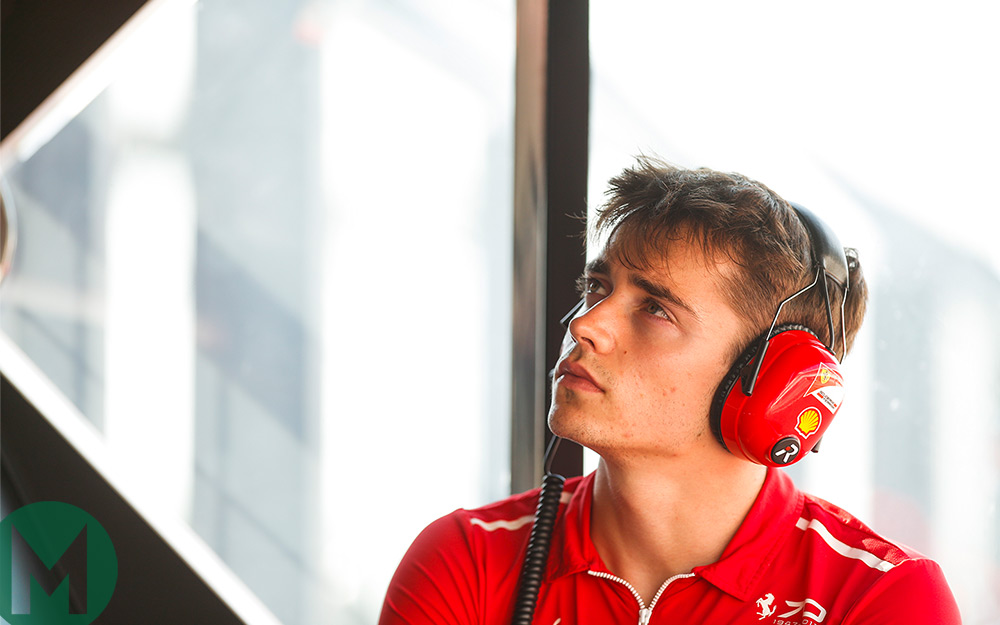 Ferrari’s Sebastian Vettel continued where he left off in Hungary by topping F1’s mid-season test, normally held at Silverstone. The Hungarian Grand Prix winner’s pace was backed up by Ferrari junior and F2 championship leader Charles Leclerc, who set the third-fastest time. But all eyes were on the return of Robert Kubica, who took to the wheel of a 2017 F1 car for the first time with Renault and set a best lap of 1:18.572. It was more than a second slower than Nico Hülkenberg’s weekend qualifying time but only a tenth shy of Jolyon Palmer’s best, whose seat Kubica is a contender for.

McLaren had a strong showing in the two-day test, with Stoffel Vandoorne setting the fourth-fastest time and 17-year-old McLaren junior Lando Norris starring with the second-fastest time, just two tenths slower than Vettel.

Ferrari chairman Sergio Marchionne has indicated his intentions to collaborate with Sauber as a junior team in Formula 1, following Sauber’s announcement last week that it will be continuing its engine partnership with Ferrari in 2018. “It’s an excellent idea and something we are working on,” Marchionne told Italian media during a relatively rare Grand Prix appearance last weekend in Hungary. “It’s a chance to have a junior team and we have a pair of exceptional drivers we need to run. We need to find a place to lay the foundations for the Scuderia Ferrari of tomorrow.” While Ferrari looks likely to keep its current driver lineup in 2018, it is keen to find an F1 seat for junior driver Charles Leclerc.

Finns take all at Rally Finland

It’s tough to beat the Finns in their own backyard. Only four men have managed it in the last 25 years and at last weekend’s Rally Finland rookie Esapekka Lappi made it 55 wins for the Finns at home in 66 years.

It could have been even better, too, with Jari-Matti Latvala leading a Finnish 1-2-3-4 after the first 10 stages, until a suspected electrical problem forced the three-time Rally Finland winner into retirement. No matter, a third and fourth place finish for Juho Hänninen and Teemu Suninen respectively made it three Finns in the top four and an ultra-close championship battle at the top. With six different winners from nine rallies and not a point splitting Thierry Neuville and Sébastien Ogier in the standings, 2017 is the closest title fight in years.

‘If you want to win, hire a Finn.’ Watch five of the greatest ‘Flying Finns’ in action. 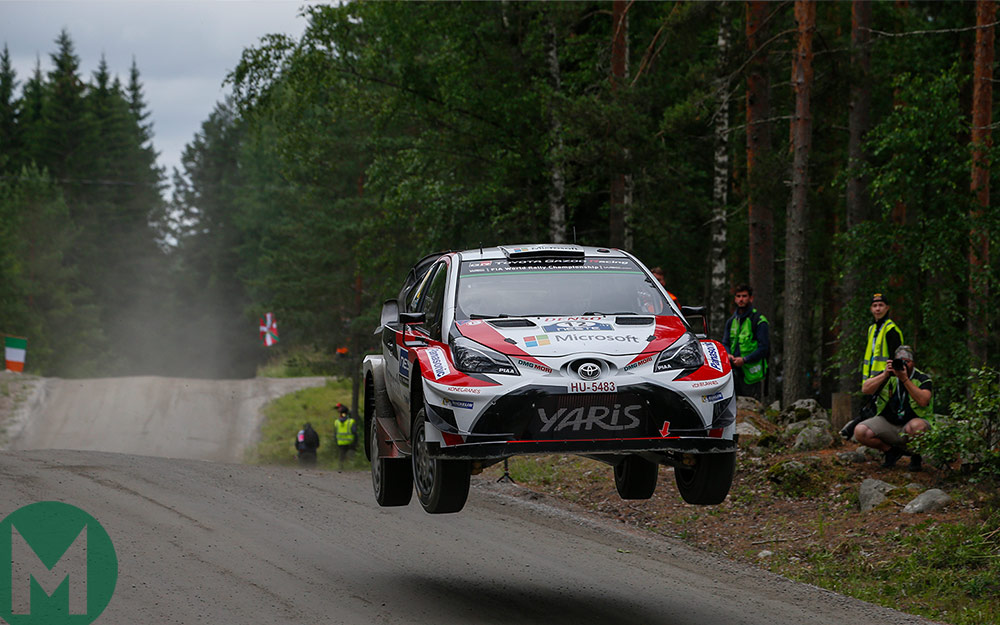 If you’re still not sold on Formula E, last weekend’s title decider in Montréal is certainly worth a watch. Sébastien Buemi commanded a huge 32-point lead over rival Lucas di Grassi just two rounds before the final event, having won six of the first eight races. And despite missing the penultimate round in New York due to a WEC clash, the 2015-16 champion still had a 10-point cushion coming into the finale in Canada. The title was the Swiss driver’s title to lose, and that’s exactly what he did.

Buemi’s bad weekend started with a huge crash in the second qualifying session, followed by a 10-place grid penalty for a battery change meaning he had to start race one down in 12th. A feisty race saw Buemi charge through into the points, but more misfortune followed when the championship leader was disqualified for an underweight car. Starting race two, Buemi was 18 points behind di Grassi and had fallen from title favourite to rank outsider. A seventh-place finish in the final race was an inglorious way for di Grassi to seal the title, but it didn’t matter. A shocking weekend for his rival had turned the championship on its head and the winner of Formula E’s first ever race finally has a title in the electric category to his name.

Ángel Nieto​, one of the most successful Grand Prix racers in history, has sadly passed away aged 70 after succumbing to injuries sustained in a quad bike accident last month. Thirteen-time world champion Nieto was the second-most decorated rider in Grand Prix racing history and a key figure in establishing Spain as a powerhouse in the sport. Motor Sport extends its condolences to his family and friends. 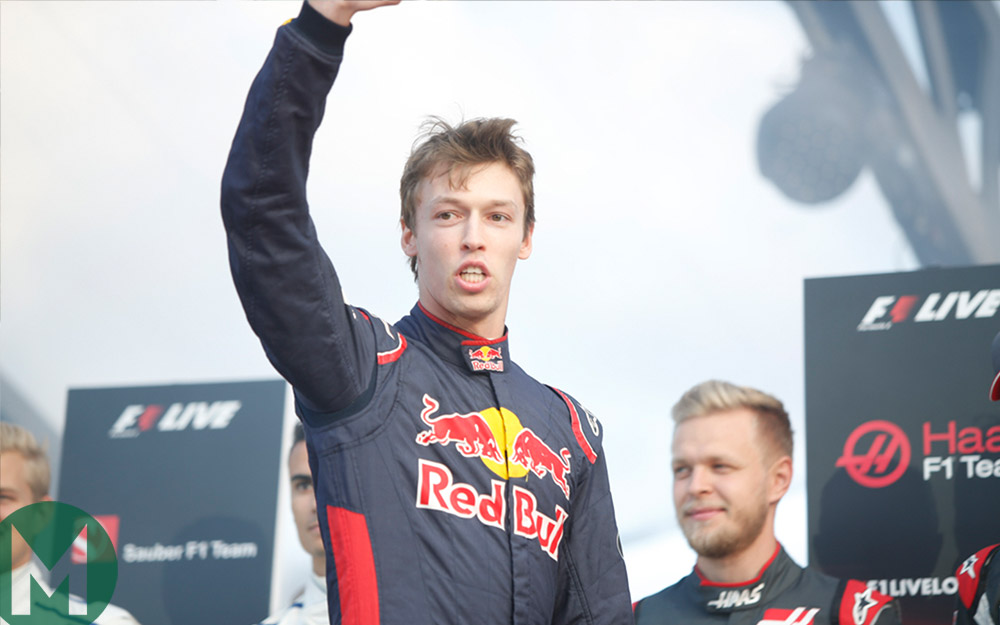 Does Daniil Kvyat’s F1 career teeter on the brink? His demotion from Red Bull to Toro Rosso after a series of crashes and incidents was one thing, but now the Russian’s penalty point in Hungary for holding up Lance Stroll in qualifying brings his tally of penalty points in the last 12 months to 10, during which time he has scored only six championship points. Two more penalty points and Daniil will receive a one-race ban. With Pierre Gasly waiting in the wings, would the Russian return from that?

Sports fans around the world have been invited to vote for their Best Sporting Moment of the Year ahead of this year’s Laureus Awards and among the nominations is a moment from Barcelona this year, when a young Kimi Räikkönen fan broke down in tears after the Finn crashed out of the race, only to be invited up to the Ferrari garage later in the race to meet his hero. Kimi’s rivals for the award include Afghan alpine ski racers, FC Barcelona’s comeback against Paris Saint-Germain and a Boston Marathon runner.

Let’s face it, the halo safety device hasn’t had the best reception so far. Whilst some drivers have accepted it as a safety improvement, the majority have criticised it for hindering their visibility – except Mercedes junior George Russell begs to differ. After setting the 10th-fastest time during F1’s mid-season test at the Hungaroring, the GP3 championship leader said he was suprised how good the visibility was with the halo and added that when the sun was coming down at the end of the day, the halo acted as a sunshade. “I actually saw more than I would usually see at 5.30pm when the sun is low!” he commented.

The Hungaroring is a tricky track to overtake on, but clearly Ferrari junior Charles Leclerc didn’t get the brief. The Monegasque driver had qualified on pole position for the seventh time this year, but scrutineers found that his car illegal so he was relegated to the back of the grid. No problem for the reigning GP3 champion. Having made up eight places by the time he reached Turn 2, he continued to charge through the field to a fourth-place finish. Now 50 points clear in this year’s F2 standings, is Leclerc heading to F1 next year?

Leclerc’s onboard start. Starting from the back of the grid? No problem for him pic.twitter.com/P3Vo5pSD3p

It’s not unusual for a racing driver to describe a racing car as a pig, but it’s rare when a senior designer agrees. And rarer still for the team to paint said car pink and carve it, like butchers, into cuts of meat outlined all over its bodywork.

This is the strange saga that is the Porsche 917/20, which first appeared in public in the spring of 1971. And it’s not over yet. On sale now in Europe, from Porsche Design, is a money box in the shape of a Pink Pig. There is, if you prefer, something known as an ‘art ball chair’. It’s priced at a mere £2880, this being a piece of trendy pink furniture for the Porsche fanatic (see Desirables, p131). Such is the legend of this racing car, only one of which was ever built. 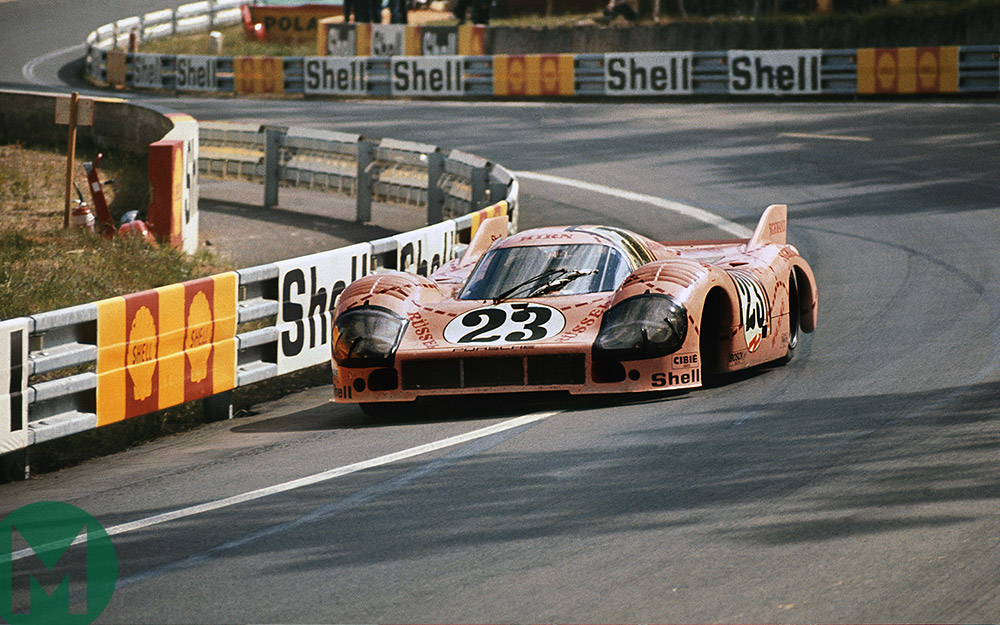