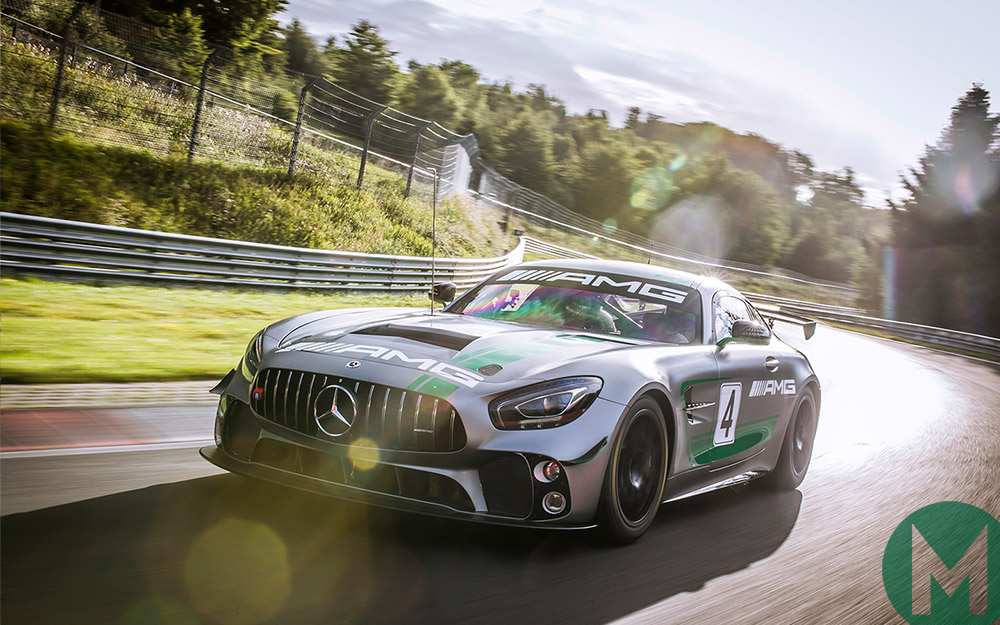 As a prolific winner of the Nürburgring 24 Hours and Bathurst 12 Hours, the Mercedes-AMG GT3 is one of this generation’s most formidable GT cars. Building on that success, the Stuttgart-based marque is set to give its GT4 contender its competitive debut at this weekend’s round of the VLN. Two examples of the car, based on the road-going Mercedes-AMG GT R, will be run by Mercedes test teams Uwe Alzen Automotive and Black Falcon in the experimental SPX class.

More than 30,000 km of track testing are scheduled ahead of the car’s release to customer teams at the end of this year and its race debut this weekend follows a 30-hour test at the Lausitzring, conducted at race speed. Further VLN outings and participation in the next round of the 24H Series at Portimão are expected this year.

While LMP1 has suffered an exodus in the last two years, the health of the GT categories has been a welcome antidote. After four rounds of this year’s championship, Ferrari and Ford are tied at the top of the manufacturers’ standings with Aston Martin and Porsche in close pursuit. Such competition looks set to intensify further in 2018, with BMW joining the fray with its M8 GTE.

The marque completed its first multi-day test with the car at the Lausitzring last month and head of September’s Balance of Performance test, which effectively fixes the car’s homologation, BMW has stepped up its testing schedule. Circuit de Catalunya played host to the car’s most recent test this week, with Martin Tomczyk, Nicky Catsburg, Bruno Spengler and Philipp Eng behind the wheel. BMW will return to top-flight sports cars next year in both the WEC and IMSA WeatherTech Sportscar Championship.

McLaren out of engine options for 2018

A few years back, the idea that Toro Rosso could be instrumental in determining McLaren’s prospect of success would appear implausible, but that scenario now appears to be reality. Following the collapse of engine supply talks between Toro Rosso and Honda, the Italian team now looks certain to renew its engine partnership with Renault, leaving McLaren without options. After engine supply talks with both Ferrari and Mercedes fell through, Renault was the British team’s only alternative to Honda power in 2018. Now this has failed to materialise, the Japanese supplier is now its sole option.

We had Senna, we had Rush, and now we have … Superswede. Released in Sweden this week, F1’s latest blockbuster uses archive footage from the popular Swede’s career and features many of his greatest rivals from his career.

Watch the trailer and find out more

Nine rallies, six winners, not a point splitting the top two in the championship. This year’s World Rally Championship has been action-filled and with the first stages underway, Rally Germany clearly doesn’t want to miss the party.

Stage one was meant to be a showpiece for the fans, an easy 2km blast through the centre of historic Saarbrücken, but nobody gave Kris Meeke the brief. Picking up where he has left off at most rallies this year, the Brit smacked the barriers on the exit of a right hander and retired from the stage. That meant he had to begin Friday’s action with a 10-minute penalty. To rub salt into his wounds, Citroën team-mate Andreas Mikkelsen led the rally after the morning loop. More surprising was the performance of former ERC champion Jan Kopecký. The Czech driver topped the timesheets in his WRC2-spec Skoda Fabia R5, inching out Ott Tänak by less than half a second.

The green shoots of sponsorship

As the first fully-backed team in Formula 1, the British Racing Partnership was envied by the works teams – who finally shut them out.

It’s what every team manager dreams of: a generous sponsor, a big budget, top cars and someone the press can call the world’s best driver. Today it’s the standard objective. Fifty years ago, when sponsorship meant little more than free tyres and oil, it seemed – to the teams who weren’t getting the deal – like not playing the game. But this hoisted the flag of the modern era, and that flag was pale green.

The British Racing Partnership was that fortunate outﬁt, at a time when you could buy a Grand Prix car in (almost) factory spec and employ the best driver who was free that weekend – if you had a decent reputation. And BRP did. After all, the Boy Wonder was part of it: Stirling Moss, his father Alfred and his manager Ken Gregory were the principals, with respected engineer Tony Robinson heading a top-line crew. And the business made proﬁts. In an era when race organisers paid start as well as prize money, you were quids in if you could bring a big name to the grid. 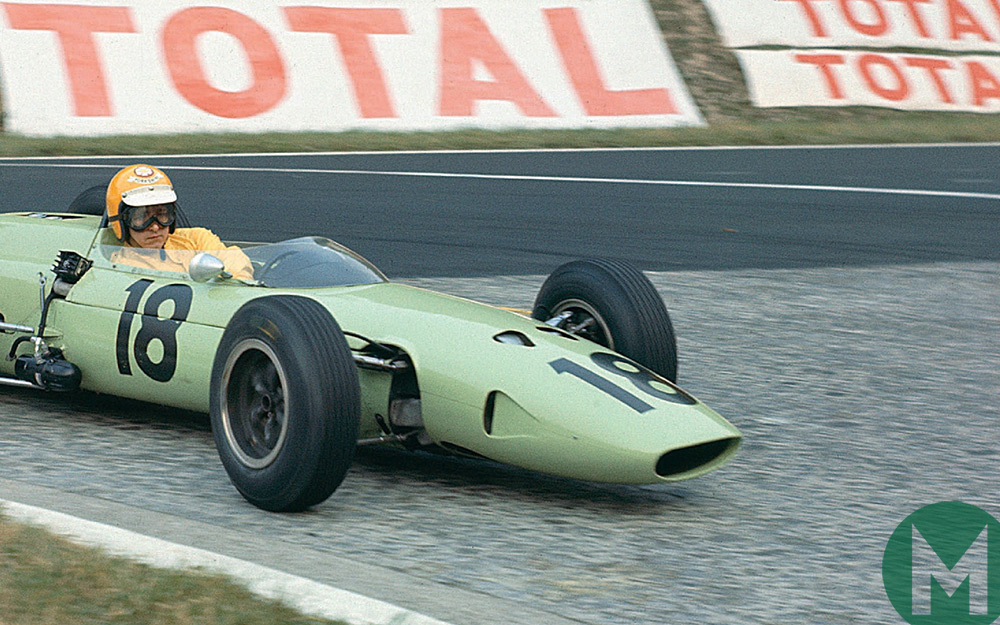 With 326 Grand Prix starts, Rubens Barrichello is the most seasoned F1 driver in history and during his lengthy career, the charismatic Brazilian always wore his heart on his sleeve. Austria 2002, Italy 2009, and now six years into F1 retirement, the emotions have come flooding back again.

Swapping Williams F1 for a Brazilian stock car in 2012, Rubens lifted the series title two years later. Still a formidable competitor – he’s been a race winner again this year – the Brazilian is also nurturing his talented son Eduardo, who is set to begin his own single-seater career soon. Whilst his son gave him passenger laps in his father’s stock car, a proud Rubens couldn’t fight back the tears.