Remembering Villeneuve’s masterclass, World Touring Cars trial a joker lap and how encouragement from an LMP2 driver caused the failure of Toyota #7 at Le Mans 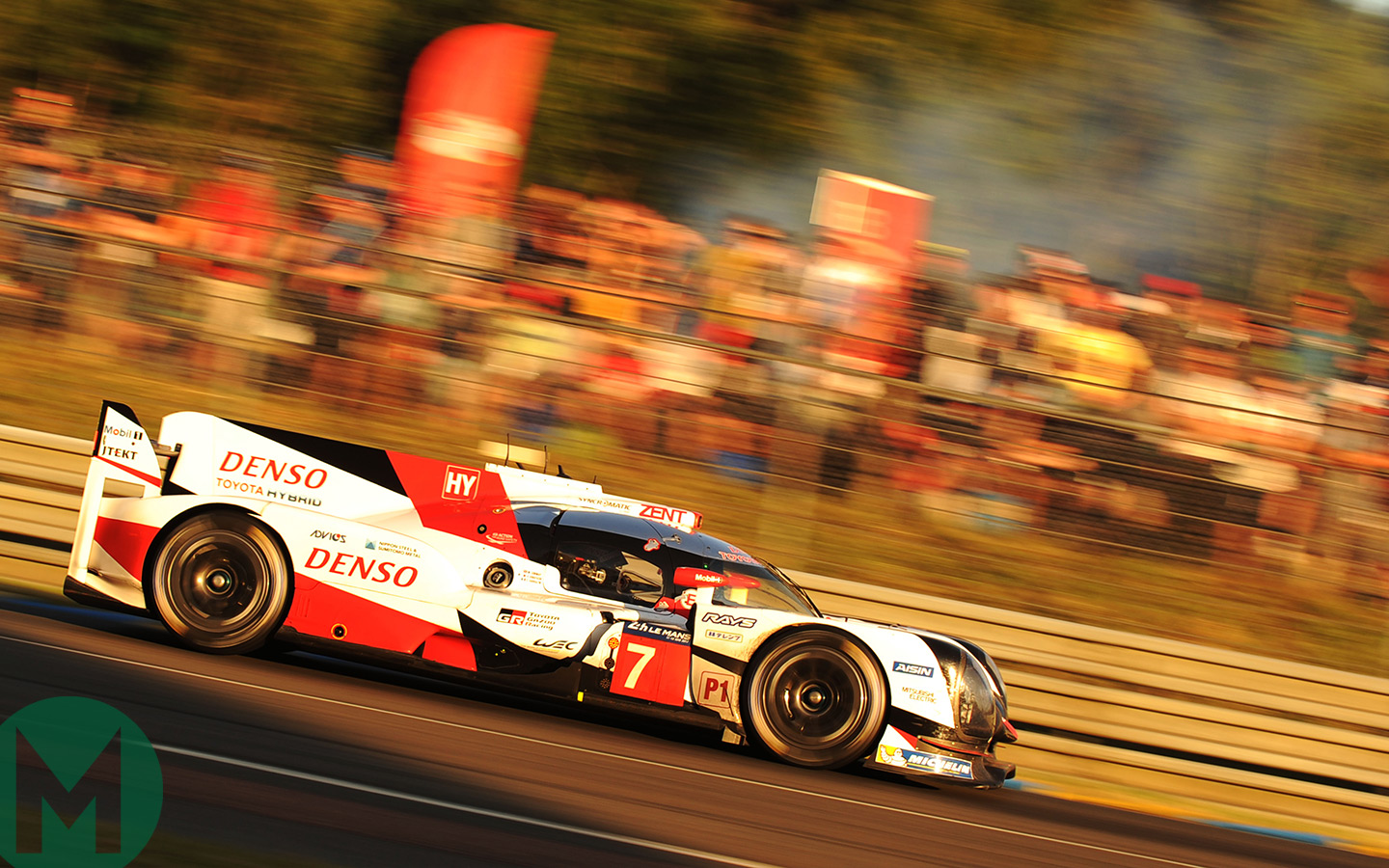 The bizarre circumstances surrounding the retirement of Toyota’s pole-sitting #7 car have emerged in new video footage, which shows polesitter Kamui Kobayashi mistaking the positive encouragement from a fellow driver as a marshal’s signal to release his car. The Japanese driver, who set a blistering new lap record in qualifying, made a pitstop under safety car in the early hours of the morning and held short of the pit exit as the safety car queue was approaching.

LMP2 driver Vincent Capillaire then ran across the pitlane to Kobayashi’s stationary car and, dressed in overalls very similar to those of a marshal, gave the Toyota driver a thumbs up. Presuming he had been signaled to go by a marshal, Kobayashi drove off but was soon told to stop again by his team. Confusion led to Kobayashi restarting his TS050 several times, causing terminal clutch failure.

Toyota has received and fully accepted an apology from Capillaire, who was fined for his actions. He later wrote on Facebook ‘I wanted to show my encouragement to the leading car stopped at the red light a few meters in front of my box. I admit it was inopportune. I regret that.’ If Toyota didn’t have bad luck at Le Mans, they’d have no luck at all.

As the LMP1 challengers gradually dropped out of contention at last weekend’s Le Mans 24 Hours, drawing the LMP2 contenders into play, some heralded it as the end of an era for prototype racing. However such comments appear premature, with Toyota confirming it will return next year and the FIA announcing a new direction for the WEC from 2020, which includes the ramping up of hybridisation as well as numerous cost-cutting measures.

Plans to increase the amount of deployable hybrid energy have been scrapped in place of new plug-in hybrid technology, rapid charging and zero-emissions running, as well as a new rule that means all LMP1 cars must complete their first kilometre after each fuel stop on full-electric mode.

Read Gary Watkins’ report on how the WEC is going electric

France and Germany back on F1 calendar 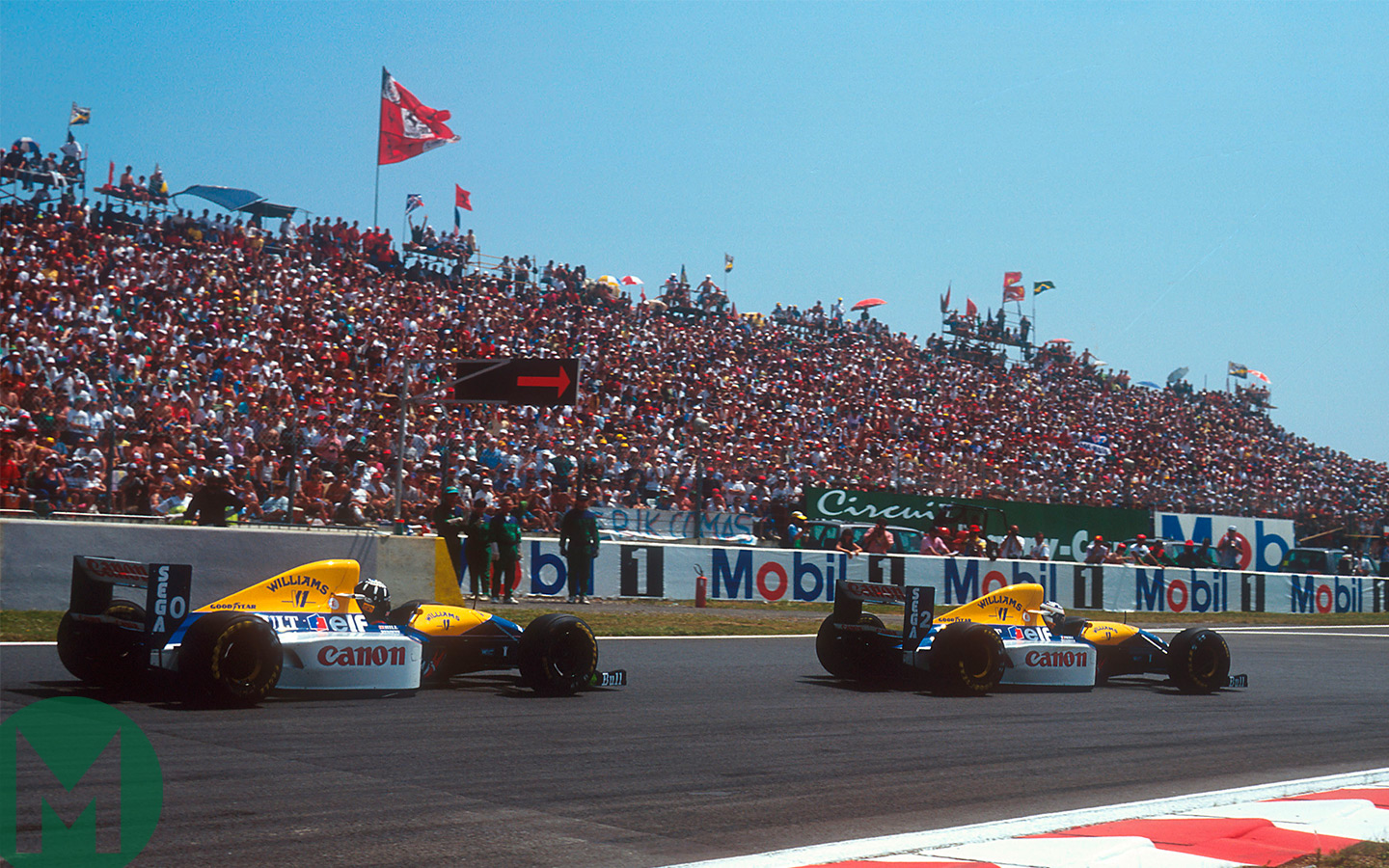 The FIA World Motor Sport Council has approved Formula 1’s 2018 calendar, which features a record-matching 21 Grands Prix and the return of some classic European races. France will make a much anticipated return to the F1 schedule, with a race at Paul Ricard set to be the country’s first Grand Prix for 10 years, while Hockenheim will host the return of the German Grand Prix after the race was controversially dropped from the 2017 schedule.

Monisha Kaltenborn has announced she will be stepping down from her position as team principal of Sauber with immediate effect. Kaltenborn became the first female F1 team boss when she took over at the top of the Swiss team in 2012, having been a part of the team since 2000. A statement read that the decision was made ‘by mutual consent and due to diverging views of the future of the company.’ Frederic Vasseur, formerly Renault F1’s team principal, has been tipped to take her position. 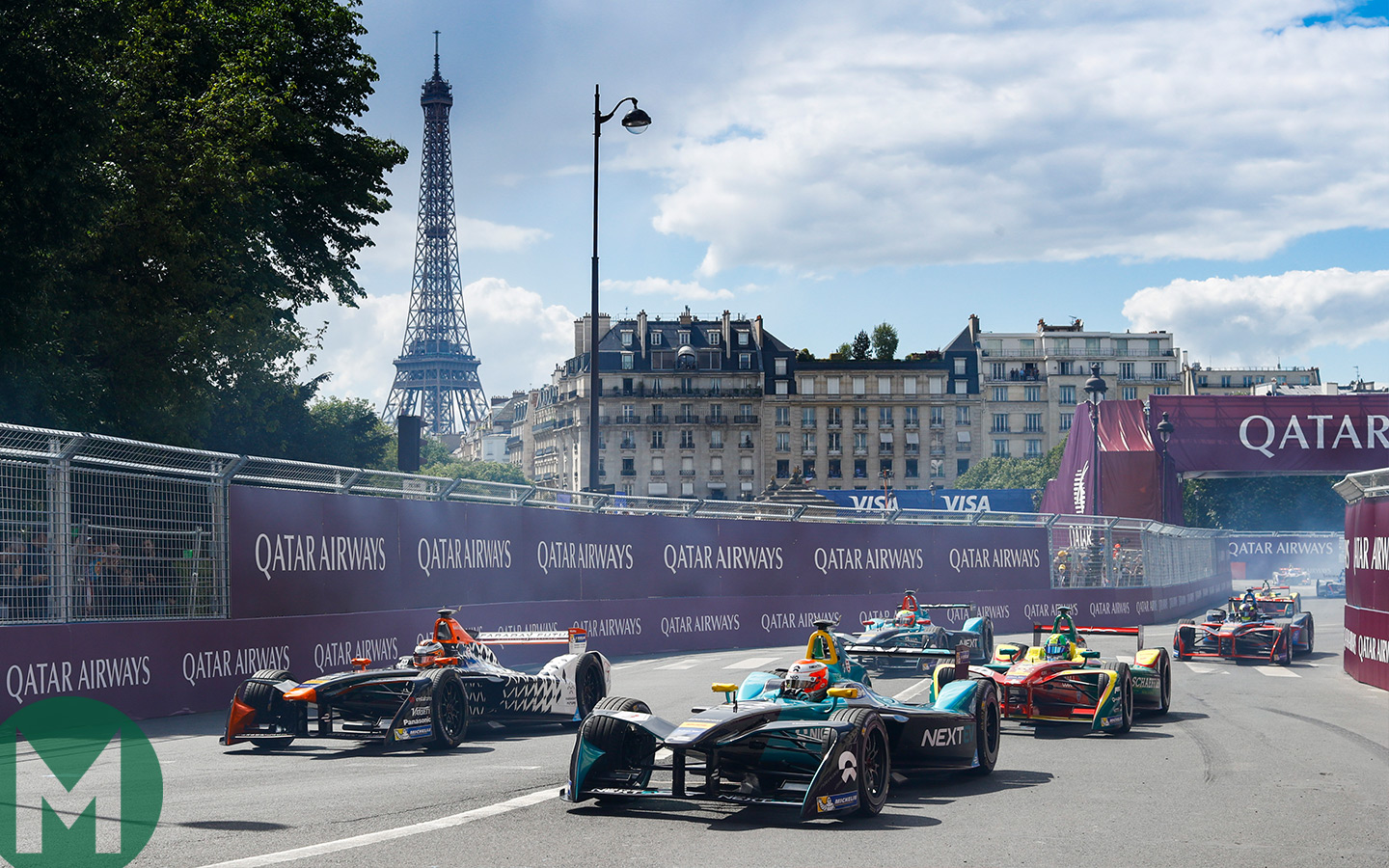 Amid all the excitement surrounding the new Formula 1 calendar, Formula E has also announced the schedule for its 2017-18 season. Despite changes to UK closed road law, London seemingly won’t be returning to but three exciting new cities will instead be joining the FE calendar. The season is set to kick off in Hong Kong before visiting Santiago, Sao Paulo and Rome for the first time. Paris will also make a comeback and the season closes with two North American double headers, first in New York City and then in Montreal.

Joker lap to spice up WTCC action at Vila Real

The World Touring Car Championship will this weekend run an alternative ‘joker lap’ on the final corner of the Vila Real circuit in an attempt to spice up the racing at a circuit notoriously difficult to overtake at. In rallycross style, all drivers will have to take the alternative route once per race, but only after lap three to ensure drivers can’t dart out of the early race action. “I’m certain it will bring an extra dimension,” promoter François Ribeiro said. “It will open up strategies for each WTCC driver, and might even change the course of the race.”

Read how tenacious Vila Real has survived war, a revolution and several crises to continue hosting motor racing 86 years on

Ekström​ to skip RX for DTM

Defending World RX champion Mattias Ekström has announced that he will skip round seven of this year’s championship in Höljes, Sweden to contest the Norisring city race as part of his DTM title challenge. The Swede, who races for Audi in both championships, currently sits fourth in the DTM and second in the World RX standings, just eight points off the championship lead in both. Last year Ekström missed the DTM finale to wrap up his maiden World RX crown, but this year Audi has stressed that DTM must be his priority. 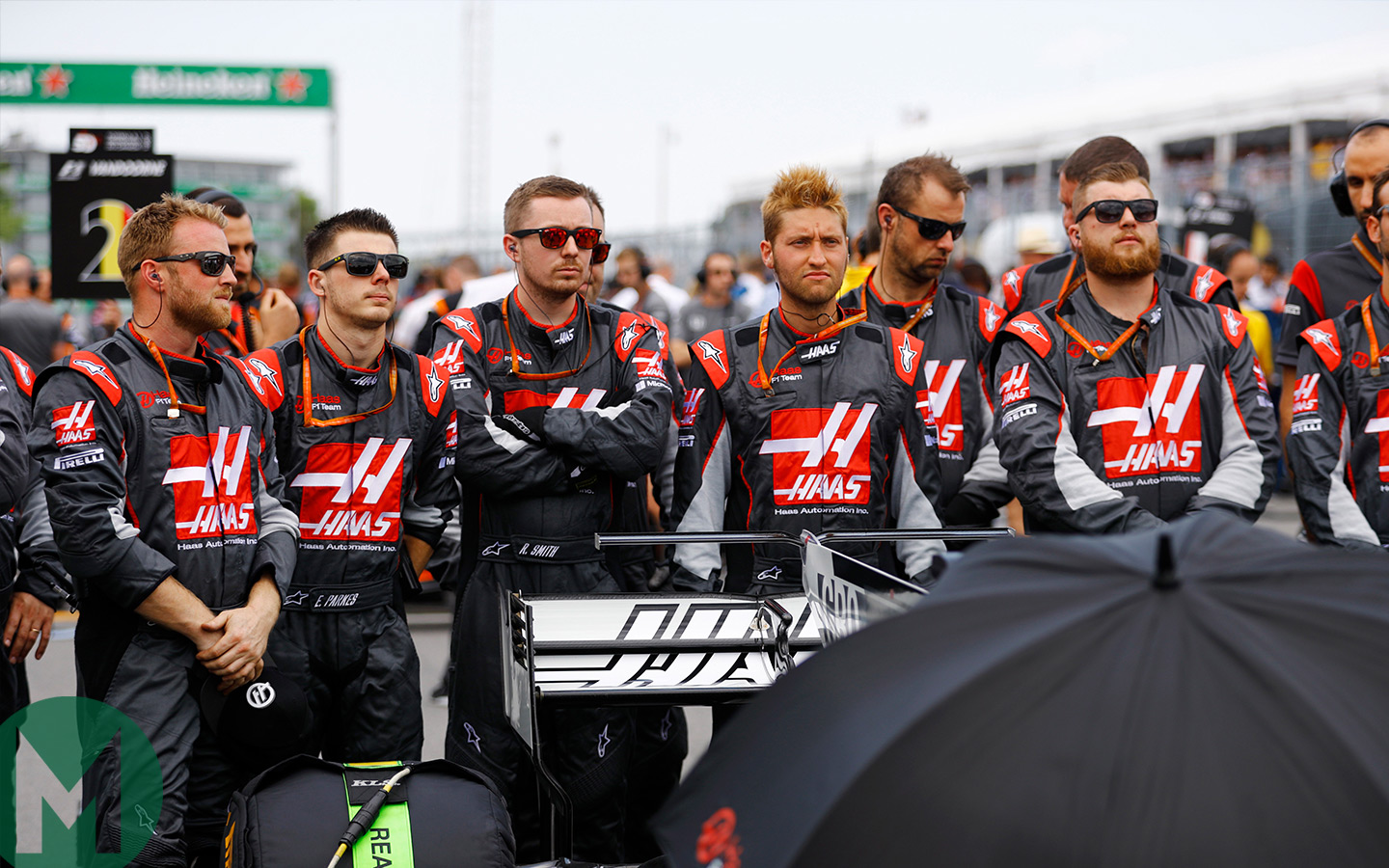 Haas is set to bring another flavour of US racing to F1 after it announced that it will use NASCAR-style spotters at this weekend’s European Grand Prix in Baku, as it attempts to overcome the traffic problems it has faced in recent Grands Prix qualifying. Feeling his team has been hampered in Monaco and Canada, team principal Guenther Steiner has said his team is willing to position staff around the circuit at every Grand Prix to report back on traffic if necessary.

Few would dispute that Fernando Alonso is one of F1’s fastest ever drivers, but what he has in speed he has unfortunately lacked in luck and decision-making when it comes to his career path. His move to Ferrari so nearly brought home a career-defining third world title, but his second move to McLaren has proved nothing short of a disaster, whilst his former team Ferrari has found winning form again.

Now it appears that Alonso may have missed the ship in 2009 too, when he turned down an offer to join Brawn GP according to former Brawn and Mercedes CEO Nick Fry. While Alonso decided to stay with Renault, Brawn GP went on to clinch both the drivers’ and the constructors’ world titles.

The Goodwood Festival of Speed traditionally unveils a ‘Central Feature’ every year to celebrate the anniversary of a manufacturer, but this year Goodwood has decided to honour former F1 chief Bernie Ecclestone instead. “This is not so much a tribute, but rather a Goodwood celebration of a racer who has had such a huge influence on the sport that we all love,” Festival founder Lord March said. From driver to team owner and F1 supremo, the ‘Central Feature’ will feature cars from Ecclestone’s varied and influential career.

Thirty-six years ago this week, Gilles Villeneuve pulled off one of the most masterful displays of tactical and defensive driving the sport has seen. In scorching conditions, Villeneuve led home a five-car train split by just 1.240sec to clinch a famous win, which would tragically also be his last.

Was Denis Jenkinson a fan when the circuit arrived on the F1 scene for the first time in 1971? Not especially. ‘My overall feeling about the Paul Ricard circuit is that while the man’s philanthropy is admirable I am not sure that European motor racing is strong enough, or rich enough, to afford such a luxury, or to keep it going,’ he said at the time. ‘Some people were bemoaning the fact that he had spent all this money on a new circuit that was not very interesting, when France already had some good circuits that were badly in need of money. This is where the philanthropy of Mr. Ricard wears a bit thin. The pit area at Castellet is so vast and clinical that it almost became a bore and the great three-storey concrete complex of pits, reception rooms, and Press room in ascending order, was almost too much.’

Read Denis Jenkinson’s thoughts on the first French Grand Prix at Paul Ricard and watch the footage of that first race. 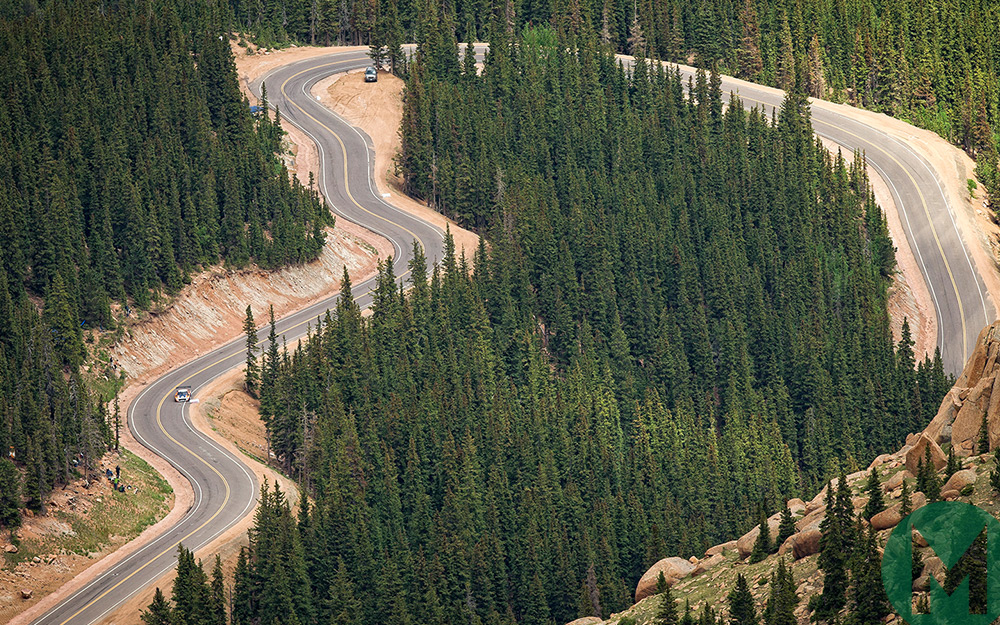 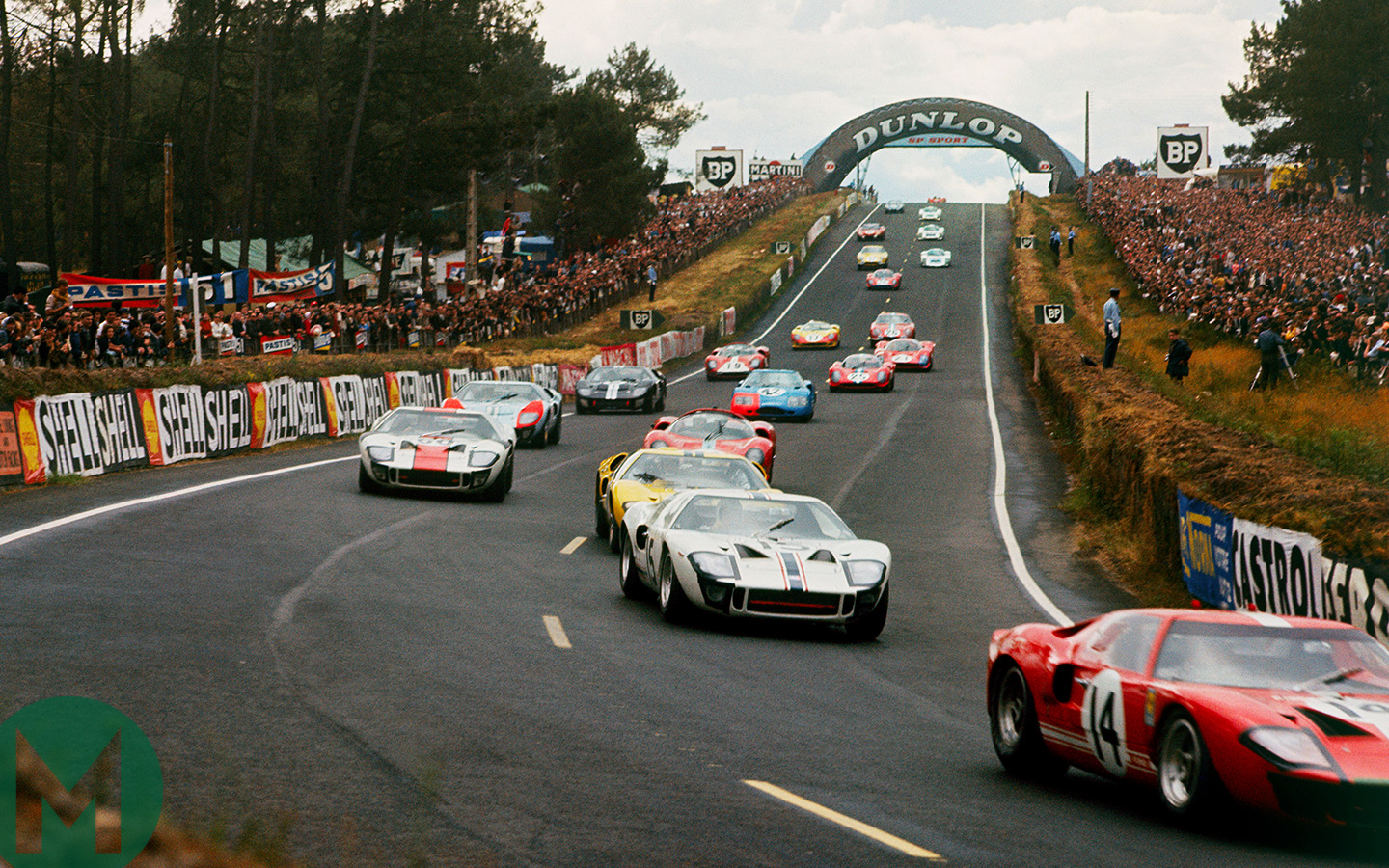 June 21, 1981: Villeneuve holds off a five car train split by little more than a second to win at Jarama. Report

June 19, 1955: Juan Manuel Fangio beats Stirling Moss in Holland by less than half a second. Report