Take a look at the graphs below. They compare the qualifying form of Mercedes and Red Bull over the last four seasons. Two patterns are immediately obvious: 1) The Mercedes is generally quicker and 2) The margin of difference is usually greater at the beginning of the season than the end – although not in 2018.

These patterns are telling us something. In 2017, 19 and ’20 Red Bull began the season with a flawed car – for slightly different reasons each time – which has then been developed very effectively through the year, invariably becoming a very serious threat to Mercedes towards the end.

In 2017 it turned out that Red Bull’s wind tunnel working area wasn’t appropriate for the much wider cars of that season. The closer proximity of the tunnel’s walls to the model was polluting the numbers, giving misleadingly big drag numbers that initially sent the team down the low downforce/low drag route. 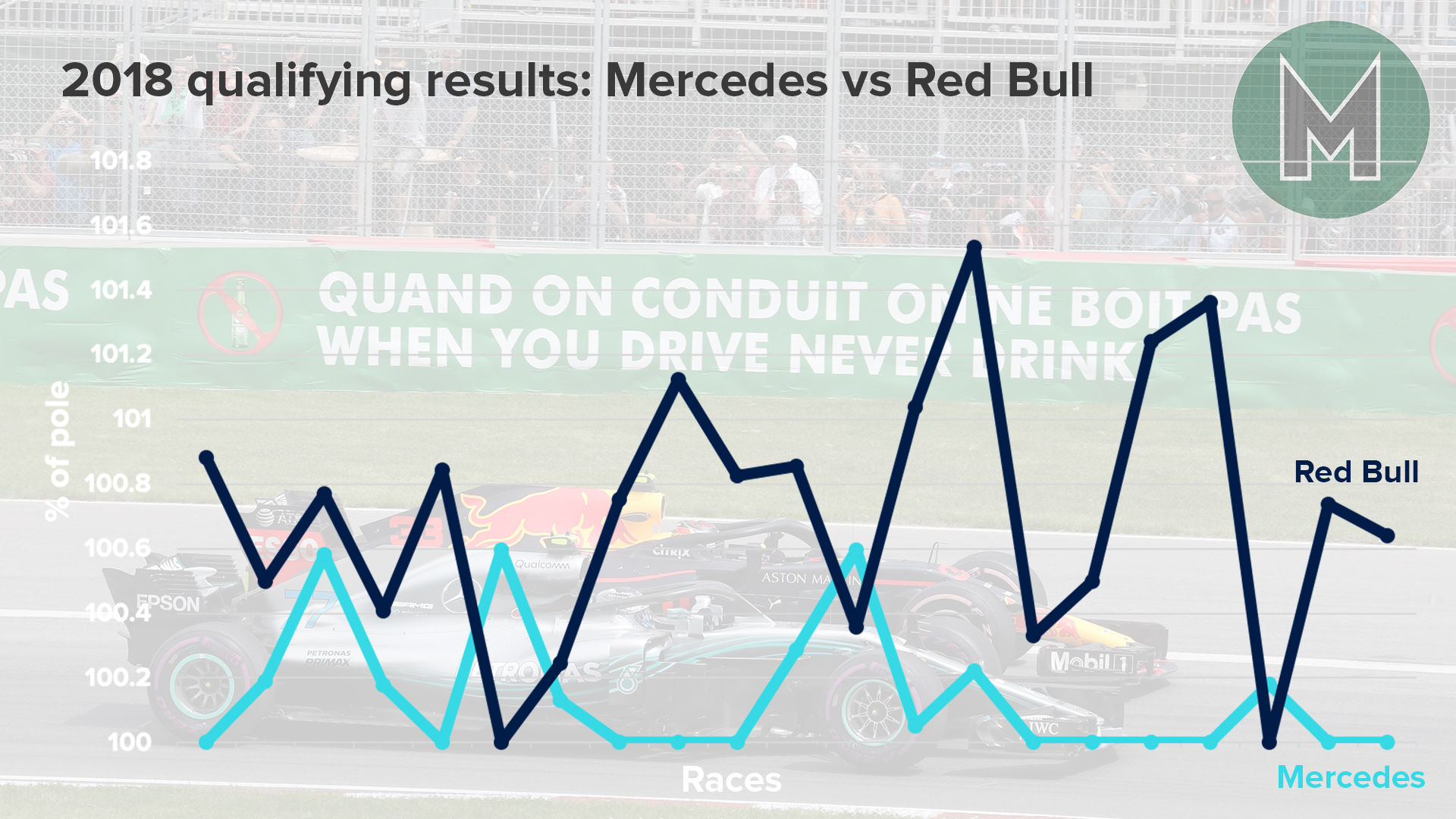 In 2019 another regulation change impacted more heavily upon Red Bull than Mercedes – the limiting of the under-nose vanes and banning of blown axles was trickier to incorporate on the short wheelbase/high rake Red Bull than the Mercedes. It took until the Austrian Grand Prix before the car became competitive.

This year the RB16 has shown an inherent aerodynamic trait of an unstable rear end, the extent of the difficulty seeming to vary with the speed of corner (worse in slow/better in high speed). Some sort of breakthrough seems to have been made at the Nürburgring last week, with Max Verstappen professing himself very happy with the effect of some subtle aero changes. We look set, therefore, to see that familiar late-season Red Bull catch up. 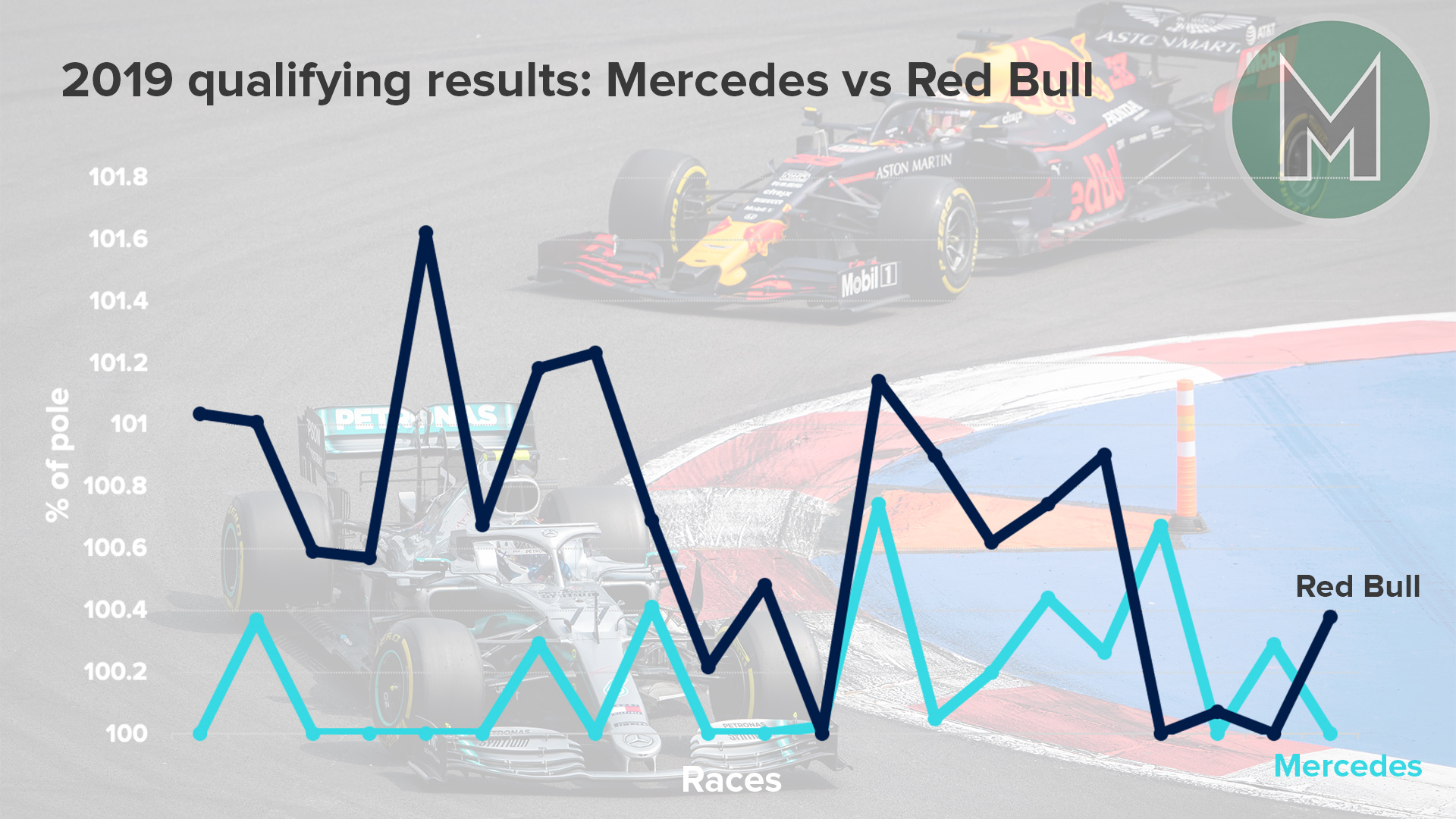 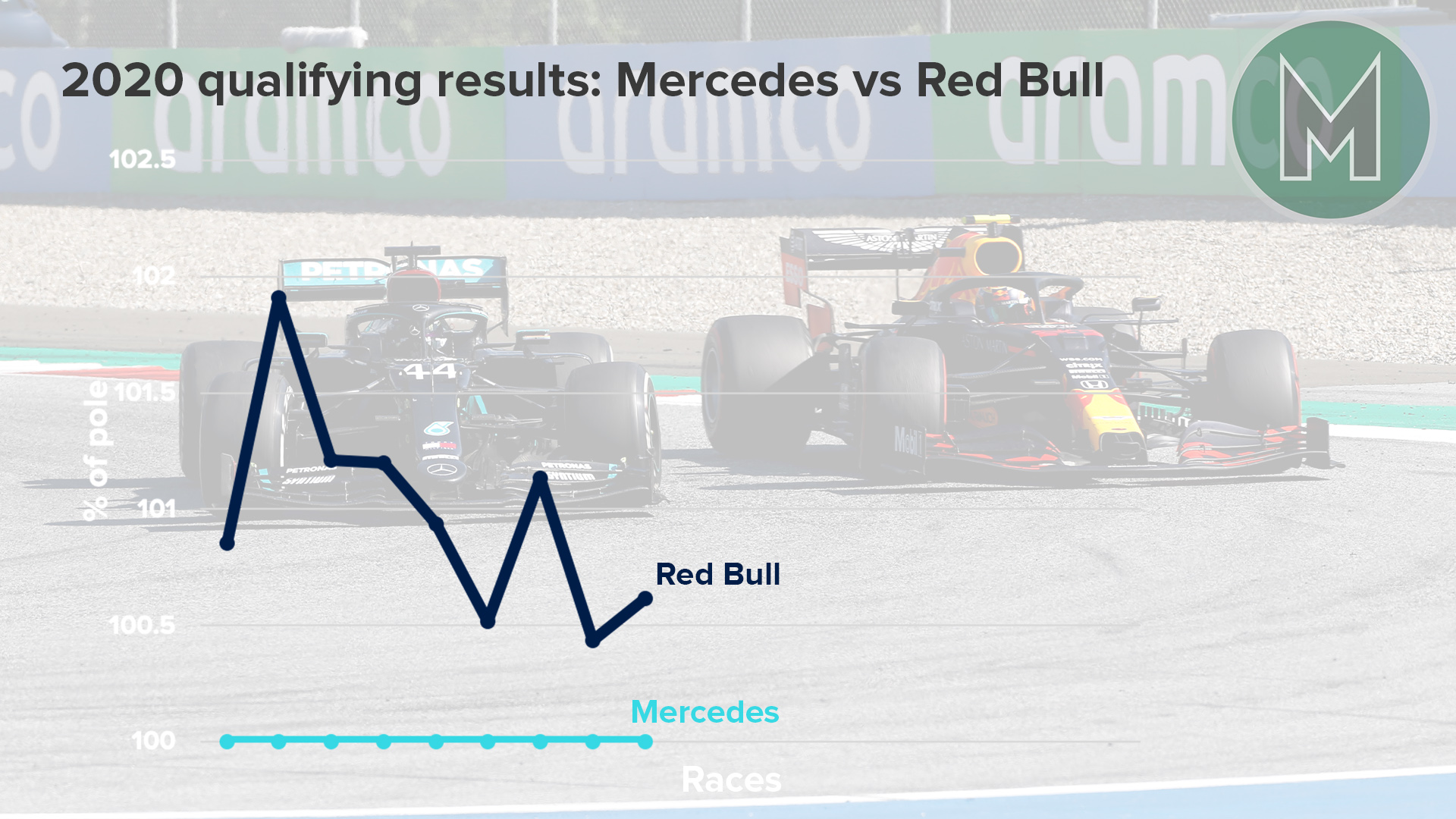 But there’s something else. It’s also to do with how far into each season Mercedes continues to develop its car. At the last race Toto Wolff admitted that development of the W11 had essentially been switched off. “We finished [the developments] a long time ago. It is a very thoroughly thought through decision because not every championship you can afford to close the book early. But the rules change quite a lot for next year and in that respect, we decided, like in previous years, to look to next year’s car and that is why you can see the shift in performance between the teams.

“We always have a very strong start, and in the middle of the season, whoever continues to develop, is very strong at the end. We tend to see this pattern that Red Bull catches up towards the end of the season, and I guess it’s good for the championship. We are deploying the strategy that is right, balancing next year and this year, and some of that you can see from the results on track. But we need to be vigilant and accept the competition will increase over the last few races.”

The last major upgrade on this year’s Mercedes came at Spa.

So what happened in 2018 that saw Mercedes maintain its general advantage throughout the season? For one, there was no significant regulation change, nothing that tripped up Red Bull’s perhaps more peaky high-rake concept. Secondly, Mercedes was in a close title fight with Ferrari and continued to develop its car much later into the season than usual.

So while we might eagerly anticipate a renewed Red Bull/Max Verstappen challenge to Mercedes and Lewis Hamilton in the remainder of the season, if history is any guide we might also suspect that this is likely going to have an impact on the competitive order into the beginning of next season.