The road back to Formula 1 has been rocky for Robert Kubica. Here’s why it’s hard to rate him against George Russell 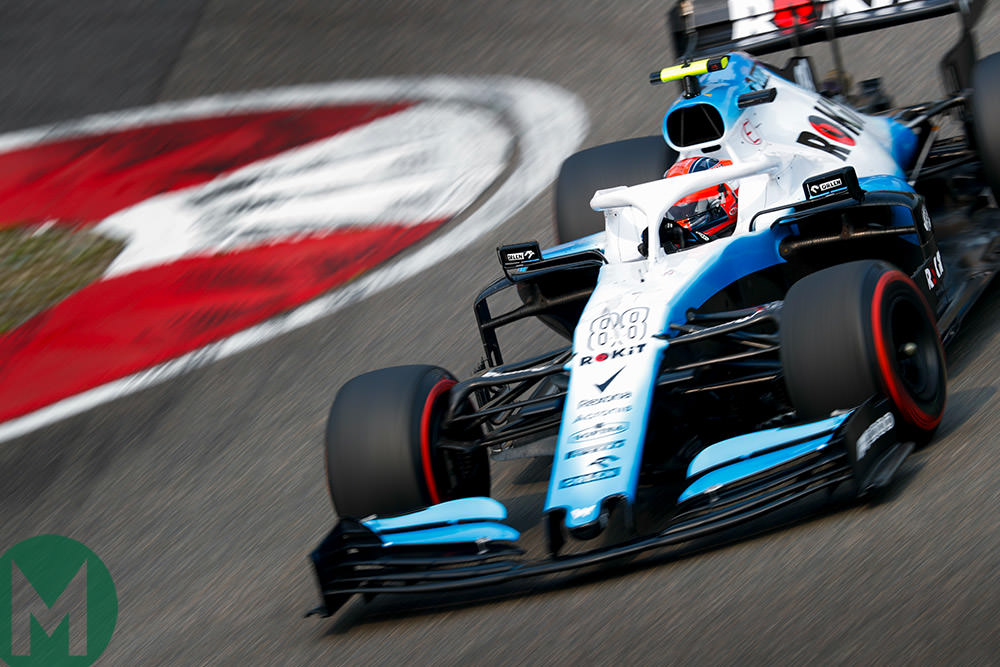 Robert Kubica’s comeback to Formula 1 after eight years away remains a hugely emotive subject, such is the passion that his struggle has engendered. That it is unfolding in what is the slowest car on the grid by quite some margin is disappointing and taking some of the fascination out of the question of how he is performing; the very best he could do would be to beat his rookie team-mate George Russell. So far, he has not been able to do that.

So should the comeback be classed a failure? Not yet. There are certain ambiguities clouding the true picture.

Take nothing away from Russell who is doing a near faultless job as a rookie and is fast, committed and intelligent. But for whatever reason, he has had a better rub of the green in how his practices and qualifying sessions have gone – and for how his car has behaved.

Russell got a better feel for the car and was less error-prone than Kubica in Australia but the effect of this was amplified in the qualifying performances there, as Kubica had to make do with a repaired old-spec floor after damaging the original over kerbs. He had to be hyper-vigilant in keeping off the kerbs during qualifying, thereby costing lap time – even before a further misjudgement saw him smite the wall. On race day in Melbourne, losing his wing at the first corner after Sainz and Gasly touched can be put down to just one of those things. Kubica rejoined over half a lap behind his team-mate and in a car that had been further compromised as the broken wing had damaged the floor. Making a comparison of their pace during comparable stints shows the following:

With a damaged car, that second stint looks quite respectable, although of course there is no way of knowing how much Russell had in reserve, as he wasn’t fighting anyone for position.

Fast forward to Bahrain two weeks later and on paper it looked as though Kubica had made an improvement, qualifying within hundredths of Russell and leading him in the race for a stint-and-a-half before finally being passed. But again, it means next to nothing; it may be better than it looks for Kubica, it may be worse.

The problem with comparison in this case is two-fold. 1) There is a measurable discrepancy between the two cars for reasons yet to be established. 2) Both drivers made a mess of their qualifying laps to the tune of at least half-a-second. Thereby the hundredths difference between them doesn’t mean much.

A new leaf for McLaren F1

It’s not really feasible to do a race stint comparison between the two drivers from Bahrain as they made totally different tyre choices. In the first stint Kubica was on mediums, Russell soft. This was transposed for the second stint (when Russell overtook Kubica), while on the third Russell was using new mediums, Kubica used.

The discrepancies between the cars were revealed as an 8 per cent difference in aero balance front/rear under braking despite the same settings. Kubica’s car aero balance migrated much further forwards than did Russell’s, making it more of an oversteering handful between turn-in and apex. There could be many reasons for this, but it suggests a difference in torsional stiffness between the chassis. Again, the hurried build of the cars may have played its part in this. It may be significant that in post-race testing at Bahrain, Russell – in Kubica’s chassis – was actually slightly slower than Kubica. At the time of writing the discrepancy between the two cars had still not been fully understood.

So, the verdict is still out. Don’t write Robert off just yet. Apart from anything else, he is eight years rusty in any sort of racing at all. After all he’s been through, he deserves a little more time and opportunity.