Ferrari seemed to lose its speed advantage at the F1 US Grand Prix — after suggestions it was using illegal engine technology. But that’s unlikely to be the explanation, writes Mark Hughes 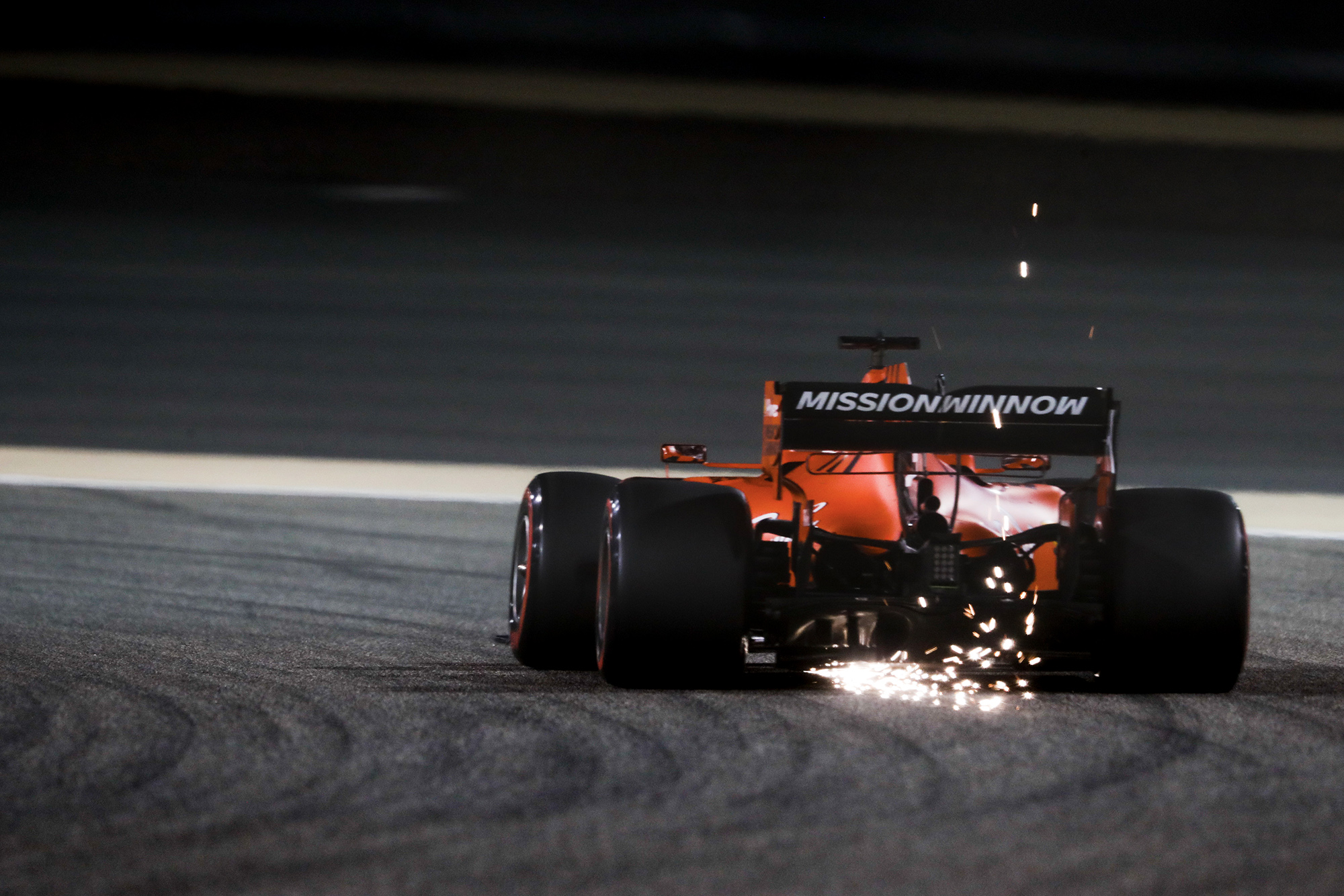 The big intrigue from Austin was, of course, Ferrari’s woeful form in the race the day after a technical directive had been issued specifically outlawing subverting the fuel flow meter by electrical interference. This followed a Red Bull query targeting what it believed Ferrari might have been doing to derive its power advantage this year. But has it?

Rivals have been trying to figure out where Ferrari’s power advantage has been coming from for over a year now. ‘It was the twin battery,’ they said. ‘No it’s not,’ said the FIA; ‘we know how that works and it’s legal but in the meantime we’ve placed extra software and hardware to make it impossible that the twin batteries are operating as you feared’.

‘It’s extra oil burn,’ they said. ‘We don’t think so’, said the FIA, ‘but just to be sure we’ve tightened up on how much oil can be used and banned it from being vented into the engine cover inlet’. ‘Ok then, they’re using a cooling liquid for the intercooler that can be used as extra calorific content if it finds its way into the combustion chamber’. ‘We’d see where it was being stored,’ replied the governing body, ‘and you’re not allowed to store anything that could be used for combustion other than what’s in the fuel tank’.

‘It’s the intercooler oil itself’, said some, leaking oil into the inlet charge to give extra calorific content thereby getting around the fuel flow limit. Nothing definitive on that one as it’s unclear whether any rival has yet made a query on that basis. But then in Austin Red Bull presented a highly detailed technical query, asking if it could run a pulsing electrical interference on the FIA fuel flow meter. In this way even though the fuel flow would not exceed the regulation 100kg/hr as measured between the two points in time the meter measures it (at 2,000Hz), it could exceed it between those two points. Like briefly doing 80mph between two average speed cameras without exceeding 70 as an average between those two points.

Obviously that would entail then coming under the fuel flow limit by as much as you’d gone over it, but that could still give you a power advantage. Because the fuel flow is way lower than it could be, the engine can make a lot of extra power from any extra – and that power carries from when you boost the flow, giving a faster rev increase, even as you subsequently back off the flow to remain within the average limit. It’s a highly ingenious idea. But the FIA said no, this would not be legal, citing the following two technical regulations. 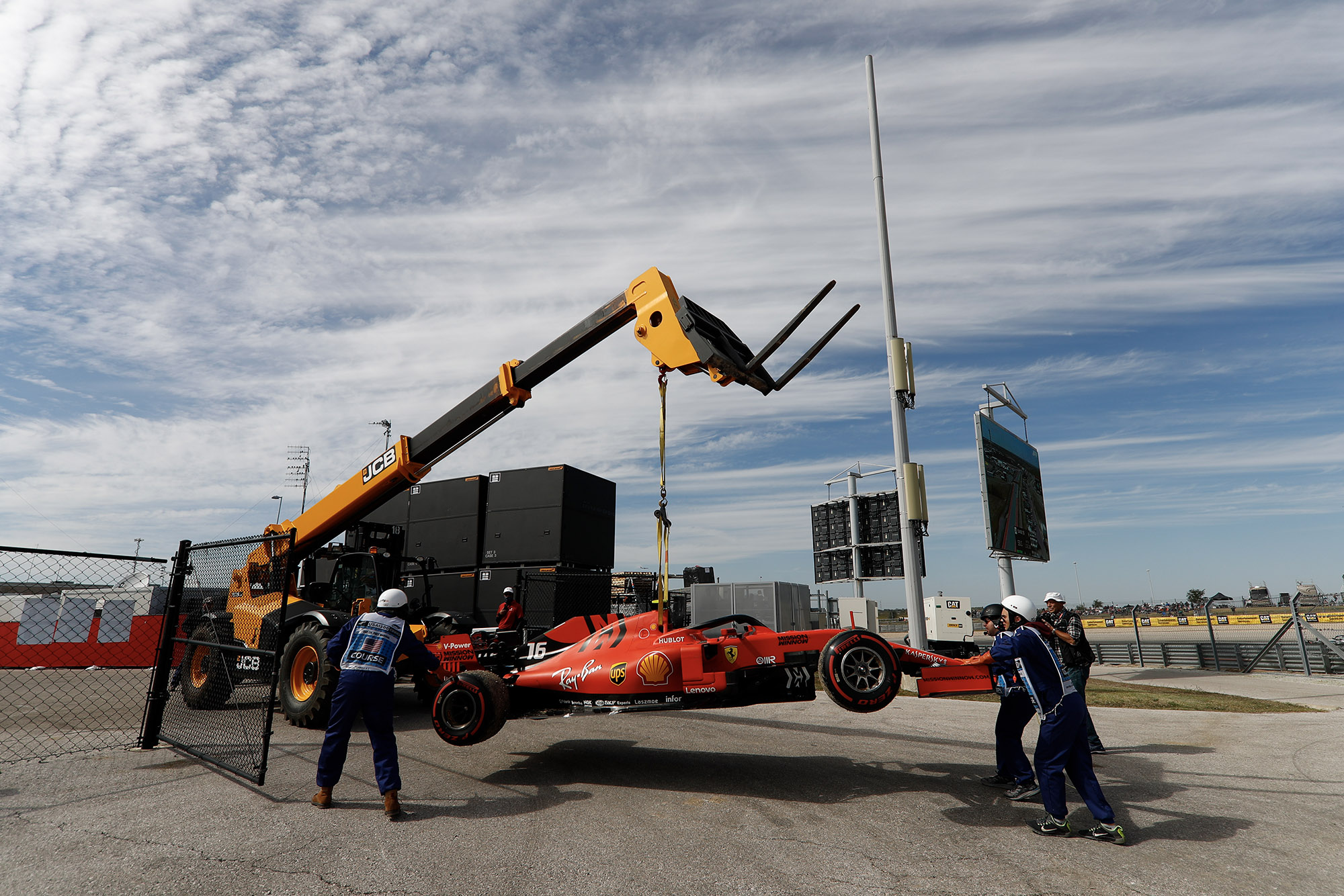 The Technical Directive confirming as much went out early Saturday morning, Austin. So any cars not complying would need to be modified before running on track, as the parc fermé regulations would otherwise have you running a non-compliant car through qualifying and race. In that morning’s practice, Charles Leclerc’s engine sprang a major oil leak on his installation lap that left him unable to take any further part in the session. His power unit was replaced by a lower spec one (the pre-Monza Spec 2, 10bhp down on the Spec 3). Furthermore, because Ferrari was unsure about the cause, it would run the engines of both Sebastian Vettel and Leclerc more conservatively than usual throughout the rest of the weekend.

Vettel was one-hundredth of a second off Valtteri Bottas’ pole position. Although this brought a run of six consecutive Ferrari poles to an end, that was a technicality. It had actually been further adrift of Max Verstappen’s Mexico pole time than it was of Bottas’ here but Verstappen had, of course, received a three-place grid penalty.

Vettel was out of the Austin race early doors with a suspension failure. But it was Leclerc’s lack of pace that caught the eye and set tongues wagging, a distant fourth almost a minute behind by the flag. That would equate to around 1sec per lap. One second per lap in horsepower terms would be circa 35bhp. Was that how much they’d turned the engines down by? Or is that how much extra power running the electrical interference on the fuel flow meter would give you?

Max Verstappen was his usual immoderate self when asked post-race if he was surprised at Ferrari’s lack of pace. “Absolutely not. At all. Not when you read that bit of paper [Tec Directive 0035/19].”

But if that was the case, how to explain Vettel’s qualifying lap which by his own admission wasn’t a great one? It would infer his driving was 1sec per lap better than anyone else’s…

It doesn’t add up. After the race Mattia Binotto’s anger was evident. “I read and I heard a lot of comments this weekend about a technical directive and the impact on our cars. I heard comments at the end of the race which I feel very disappointing… we have been very close to the pole position as it has been in the last races, I think that Seb could have scored the pole yesterday, maybe a bit too much cautions in one corner.

“Charles had a clear problem in the morning, losing completely FP3, a downgrade on the engine we fit in the car, and overall I think that looking at his performance in Q3 and what could have been done without the issue in the morning I’m pretty sure that as well he was potentially in the pole as well, so I don’t see where is the problem.

“If we look at the race today, we may comment later on, but certainly the speed on the straights was not our issue, while we’ve got clear problems on the grip on the car first stint both drivers. Again it’s type of comments I feel are completely wrong. It’s not good for the sport and I think everybody should be a bit more cautious.” Following the Technical Directive, had anything been changed on the Ferraris? “No, nothing,” insisted Binotto. “Nothing at all.”

Well, we’re set to see some vital clues in the remaining two races. Let’s see in particular how the Ferraris perform in that power-dominant final sector of Interlagos, the long drag up the steep hill and then down the pit straight. If they’re fast there and it turns out Leclerc’s Austin problems were just, as he insisted, not being able to get the tyres switched on while running a detuned, lower-spec engine, then what will be the explanation? But if the Ferraris are slow in the remaining races, then obviously it would infer something else.

I’m betting they’re going to be dynamite through sector three at Interlagos.