Formula 1’s painstakingly-researched new regulations for 2021 are designed to allow closer racing. But they could be for nothing if Ferrari plays its trump card 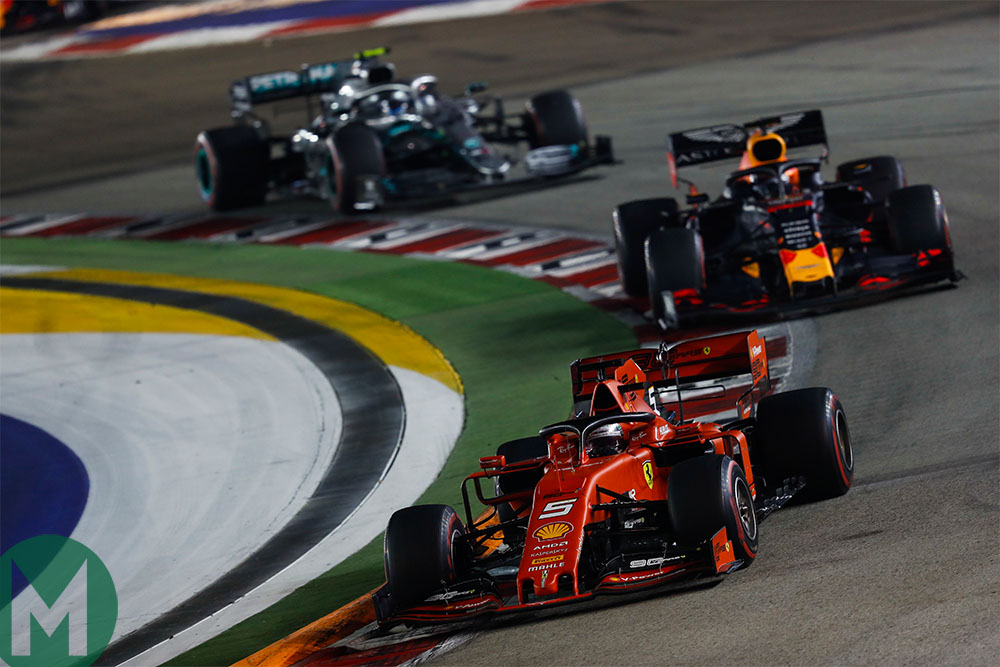 As Formula 1 speeds on a parallel timetable to the UK’s Brexit process, with the 2021 regulations set to be announced on the morning (Austin time) of October 31, the sport stands on the brink of either radical change – or business as usual. All depending upon whether Ferrari uses its veto or not.

The proposals would effectively make for a spec aero package. They are prescriptive enough – with whole sections of space that must be filled with body surfaces – that there would be scope for only the smallest aero performance difference between cars.

That’s been the intention, together with dramatically improving their ability to race wheel-to-wheel without drastically losing downforce.

A big-spending team would still likely be able to buy itself an advantage over the smallest teams – but it might be in the order of a couple of tenths rather than a couple of seconds.

There will always be a general competitive hierarchy and the best teams will still be the best teams. But the differences could be small enough that a sharp little team with a quick young driver could at least have the chance of the odd upset.

It’s obviously a hugely emotive subject, for both fans and the teams, especially those in the aero departments of such teams. Innovation is a core F1 value and this is limiting that quality. But downforce has not done racing many favours since it was first properly exploited in the late ‘60s.

It cannot be un-invented and for F1 to remain F1, the cars have to be the fastest racing cars on the planet. Therefore, short of a downforce armistice with all racing series around the world, F1 must have it.

But the 2021 proposals at least – and for the first time – seeks to take its distortion out of F1, by going a long way to competitively neutering it.

Incidentally, if aero is not the major differentiator and the engines converge, it could be that the driver becomes the biggest differentiator. Given that driver salaries will not be included in the cost cap, there are major implications on the market value of any drivers that demonstrate an edge.

It’s not a coincidence that the three teams pushing against the change are those with the most to lose. It’s known too that they have investigated the feasibility of creating a new series.

We’ve been here before, with the very explicit understanding that such a series could only succeed if Ferrari was part of it. Hence the immense power of that nuclear veto button.

The hope is that Ferrari’s position is more nuanced than it would appear and that there is scope for negotiation, that the finger is not hovering above the button with Mercedes and Red Bull urging for it to be pressed.

It’s understandable that there’s a general nervousness about introducing such a radical reform, especially in the midst of a pretty good run of races recently with the current cars.

But if we are ever to see an F1 where there is a possibility of competitive volatility and upset, such a reform needs to happen.