The Silver Arrows are on a stellar run of 1-2s in this Formula 1 season, and the reason lies in the slow corners 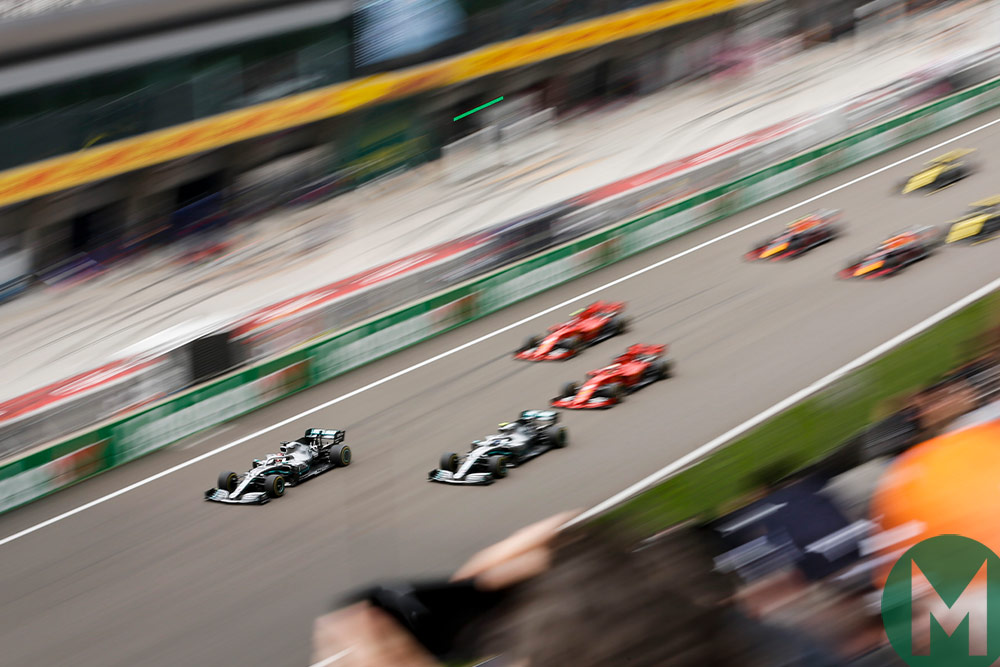 “The limitations of the car were highlighted this weekend,” said a downbeat Mattia Binotto post-Spanish Grand Prix. “They were already present in other races in the season. It may even be in the concept of the car.”

The performance pattern between the Mercedes and Ferrari has been very distinct this season, much more so in the last couple of years. Essentially, the Ferrari has lower drag and more power (in the high engine modes, at least) but the Mercedes has more downforce.

How those traits play out vary according to the circuit layouts. But it’s in the specifics of where the apparent downforce difference shows itself that may be of significance. “Yes, it’s not only downforce,” allows Binotto. “There’s something more… something we need to analyse.”

What he’s almost certainly referring to is how the Ferrari loses big chunks of time to the Mercedes in slow corners. Earlier in the season, at least, there was very little difference between their speed through the faster corners; it just wasn’t able to live with how the Mercedes could devour the slow ones. With Mercedes’ big Barcelona upgrade around the front wing and barge boards, it was faster through every corner. But still, the biggest differentiator was the slow turns, particularly sector three with its slow left-right flick of a chicane. Mercedes was taking a massive 0.65sec from Ferrari through there in qualifying (the Mercedes was 0.8sec quicker over the lap).

Despite being a significantly longer car, the Mercedes is particularly adept at changing direction at slow speeds. The Ferrari is notably poor at this and carries a limiting understeer balance. These traits have been very clear from Albert Park all the way to Barcelona even at those places where the Ferrari has been quick over the lap. In the case of both cars, it seems there may be a mechanical element associated with the performance. 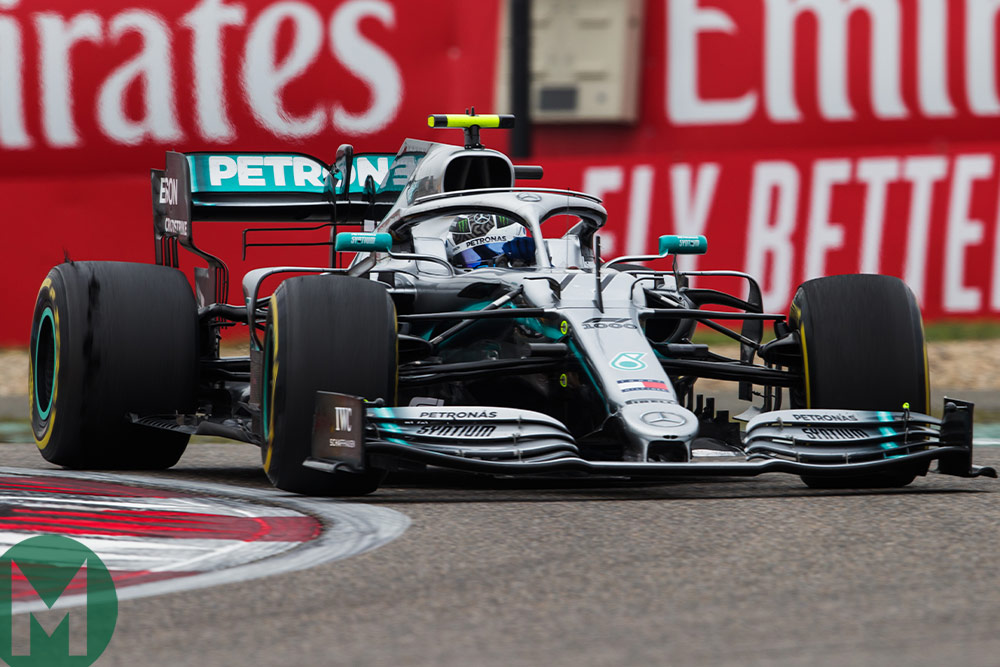 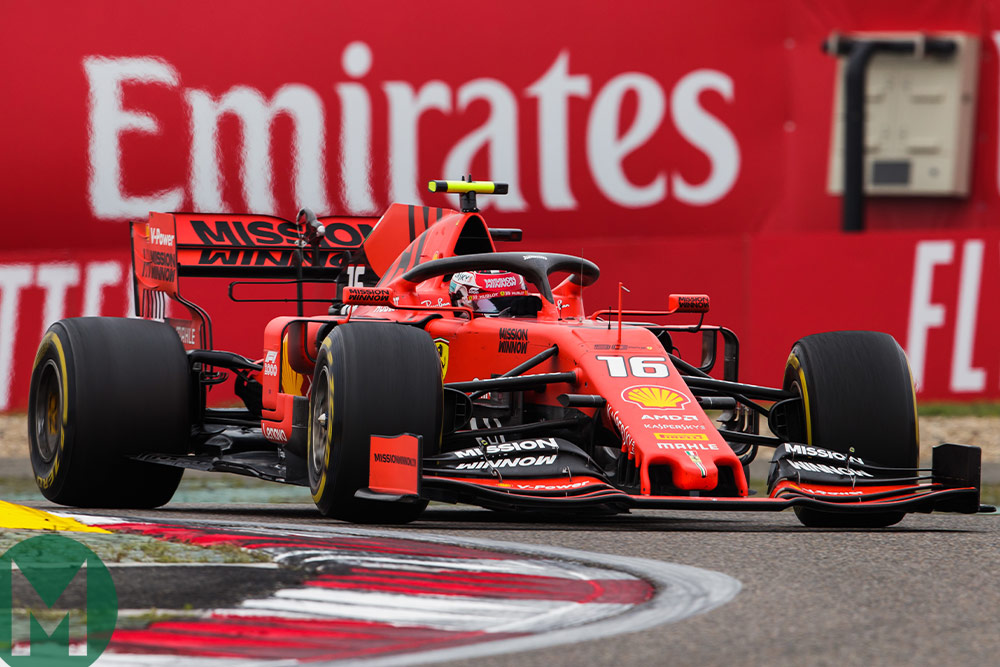 Mercedes has been experimenting for some time with simulating the effects of rear-wheel steering – either in the tolerances allowed within the suspension geometry and/or in the brake-by-wire software. It was very apparent last year through the final turn at Austin, in the car’s enhanced rotation upon turn in. It looked like the beginnings of a rear slide, only then to straighten itself up once it was pointed at the apex. It’s the sort of trait a driver can amplify by how and where he comes off the brakes, but the car needs to be responsive to this – and the Mercedes was visibly so at that place last year. But it wasn’t always so obvious – and the W10 hasn’t always looked like this in the early part of 2019. The suggestion is that the feature has been tricky to set up. A breakthrough of sorts may have been made in understanding at Baku – between the practices of Friday evening and Saturday morning. Certainly at Barcelona, the W10 had the responsive slow corner reactions of a much smaller car even while enhancing its massive high-speed aero performance.

Meanwhile at Ferrari, there’s a recurring story of a new front suspension being trialled back at the factory but not yet raced. Difficult to know at the moment if this is real or mythical. The theory goes that the SF90 was originally designed with this suspension and that its aerodynamics were conceived around it, but that it suffered a breakage (either in testing or on the rig at the factory), causing Ferrari to adapt a version of last year’s suspension to the new car. This is all just hearsay from Italy so far – and not something that Ferrari has come close to confirming. Certainly in pre-season testing there was nothing visually obvious suggesting a different suspension to that currently on the car.

But what if it’s true? What if the Ferrari’s aerodynamics are designed to work with a greater rake angle, but that this angle cannot be achieved because of the front suspension and therefore the car is essentially running in compromised aero form until the mechanical solution can be found? Where would such a problem be most apparent? In slow corners, for sure – at the front end.

The combination of Mercedes’ slow corner boost and a problem with the Ferrari that is most apparent in slow corners would make some sense of that glaring 0.65sec chasm through Barcelona’s sector three. Answers to these questions will doubtless unfold over the next few events.

In the July 2019 issue of Motor Sport, Mark Hughes speaks exclusively to Ferrari boss Mattia Binotto. Subscribe here for your copy and receive a free membership to the Goodwood Fellowship.