You know all about the dramatic tyre-bursting end which crowned an otherwise predictable Mercedes demonstration. How with even just three inflated tyres for most of the last lap, Lewis Hamilton took his seventh British Grand Prix victory, chased down crazy-fast on that last lap by the new-tyred Red Bull of Max Verstappen.

But until Bottas’ identical failure two laps before the end, such a drama was on no-one’s radar. It was only in hindsight everyone was able to put the pieces together in working out exactly what had happened out there.

No two ways about it, Silverstone places enormous demands on the tyres of a modern F1 car, the left-front in particular. Long-duration, high-speed corners, several of them literally flat-out in these cars with downforce levels that smother even the 1,000 horsepower hybrids, make it the highest-energy track of all for the tyres.

The loads square with speed. The year-on-year gains invariably add speed. This year’s Merc was, for example, 11km/h faster at the apex of Copse than last year’s. Replicate that around Maggotts/Becketts, Abbey, into Stowe – and you begin to get an idea of how a tyre that was fine last year might not be this year.

But even so, Pirelli was advising teams that the tyre should have been capable of almost 50 laps. Bottas’ went after 37, Carlos Sainz’s after 38 (losing him fourth place) and Hamilton’s after 39. 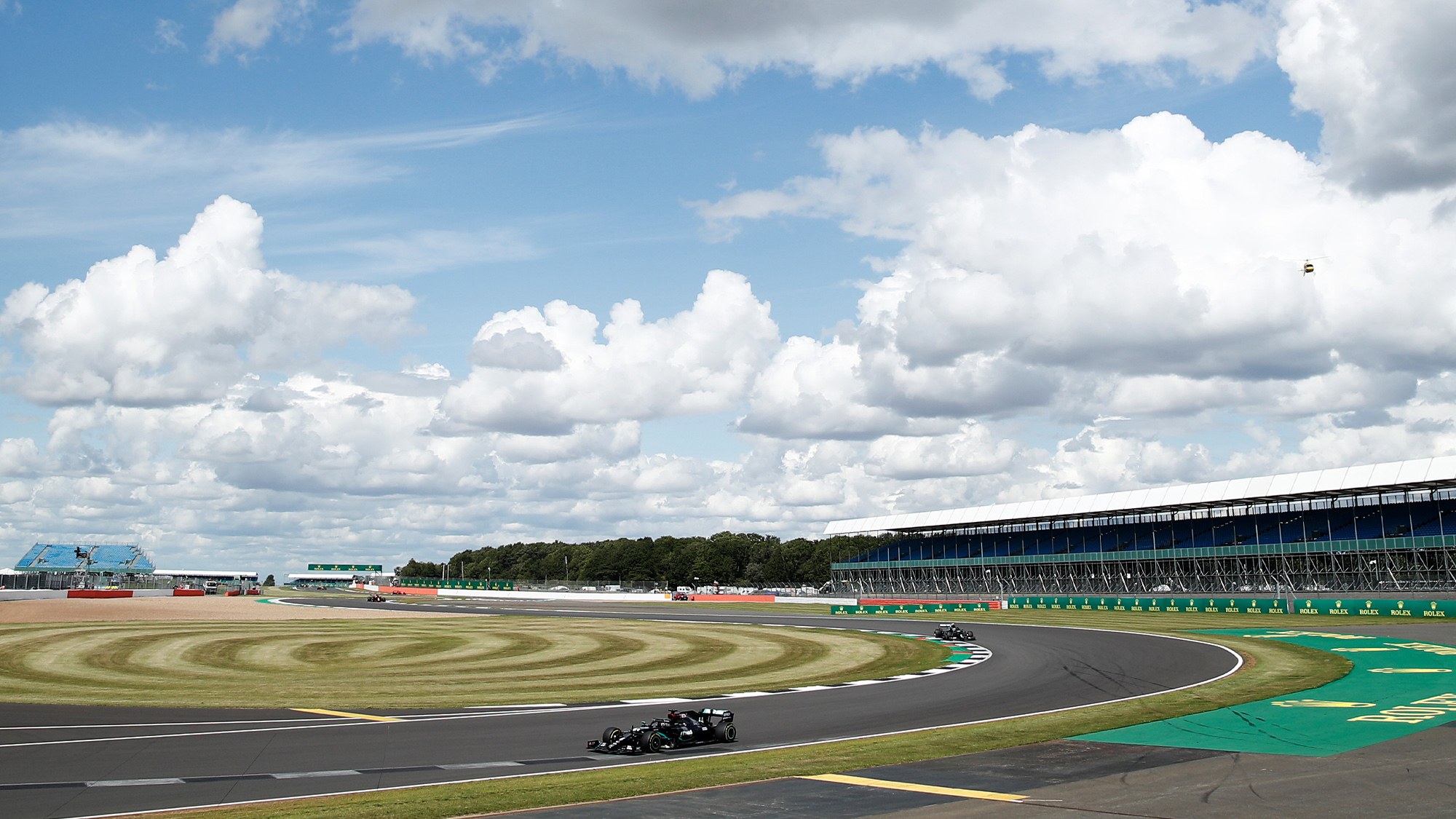 Verstappen was very concerned with his front-left with 10 laps still to go and was already backing out of it when Red Bull brought him in for a late pitstop so as to secure fastest lap, a stop that either lost him a stolen victory over Hamilton or which saved him from his own last lap blow-out and secured him second when a distant third had looked all that was feasible.

The Mercedes has the most downforce of all, the Red Bull has plenty of it (albeit in a narrow range of conditions that make it still tricky), the McLaren certainly has more than the Renault. So it probably makes sense that these were the cars that found the problem first. Ferrari came here with a super-low downforce set up because of its power shortfall. But ironically this may have helped it not punish the tyres too hard. Charles Leclerc took brilliant advantage, over-qualifying it fourth, running there (albeit very distantly even from Verstappen) for most of the race and ultimately snatching a podium after Bottas’ late disaster. 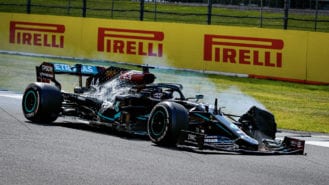 So what went wrong with the tyres? It hadn’t been ascertained at the time of writing. “It could be high wear,” said Pirelli’s Mario Isola, “because for sure tyres with 38 laps or more on this circuit are quite worn, but I’m not saying that the wear is the cause of the issue. It can be debris because we had some pieces of the front wing of Kimi.”

Most likely, it’s the combination of the two. The long stint lengths on the high-downforce cars gave a higher-than-predicted wear rate. A worn tread is then very susceptible to debris damage. Räikkönen had damaged his front wing earlier in the race but it failed completely into Village as he was being lapped by Hamilton four laps from the end. That left a trail of carbon fibre shards, which quite conceivably could have fatally cut the very worn treads. 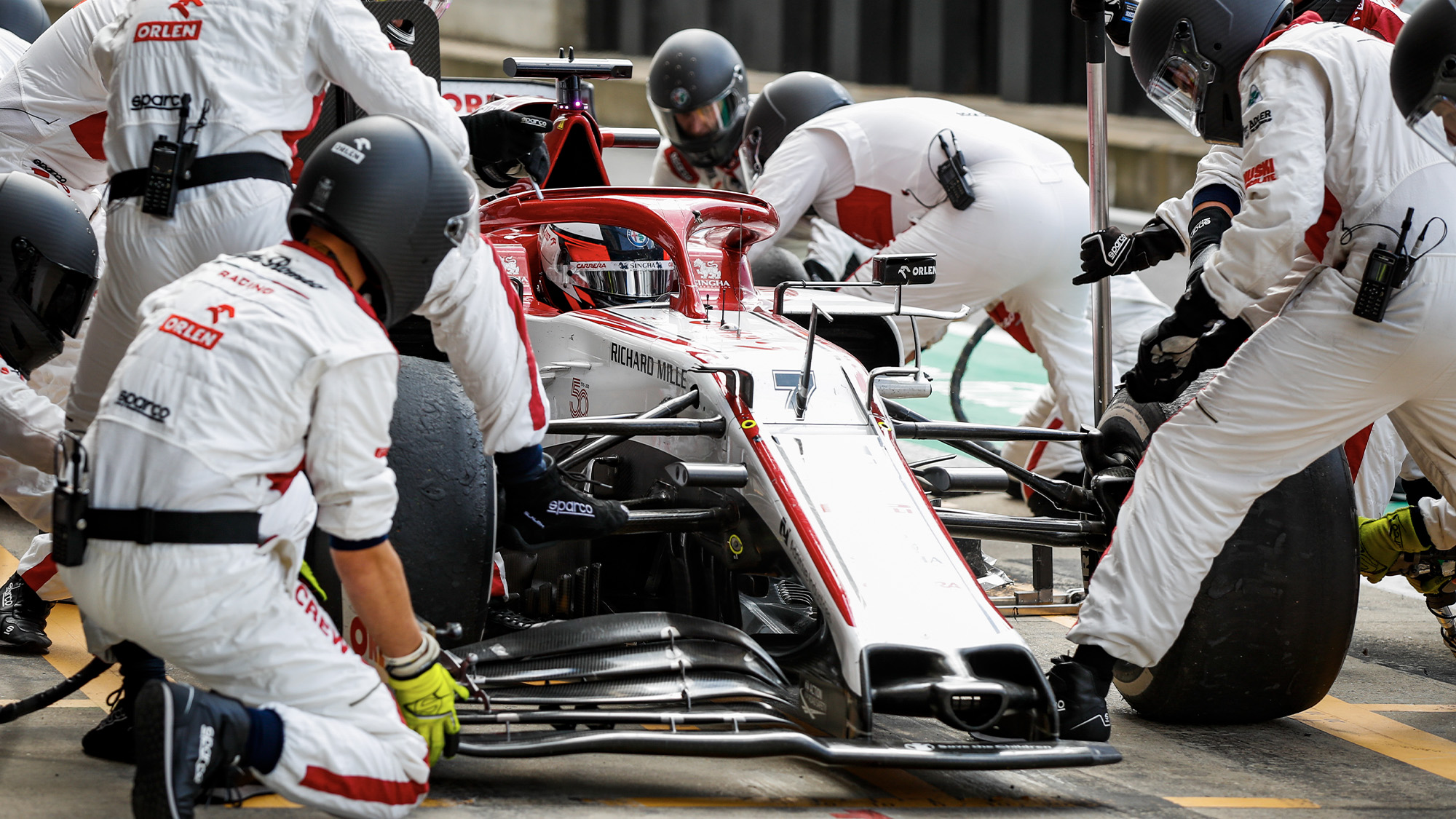 Kvyat was running in 14th place in the AlphaTauri when the team asked him to make a switch change. Unfortunately, he tried to do it on the initial approach to the super-fast Maggots/Becketts sequence, clipped a kerb (possibly puncturing a rear tyre in the process) and suffered an almighty accident in which he was mercifully unharmed. This was lap 12, with 40 still to go.

The resultant safety car brought everyone in for a switch to the hard tyres which would get them to the end. This was probably about 10 laps earlier than most would have chosen to pit in the normal run of events. It was still well within Pirelli’s specified range, but in hindsight took the left-fronts hard up to their wear limit.

Bottas had finally surrendered in his fight with Hamilton about five laps before his tyre went. The vibration was there and it was clear that Hamilton had an answer to everything Bottas could throw at him. He’d backed out of what would have been a marginal move through Abbey on Hamilton’s iffy start off the grid but otherwise kept the pressure on. But he was taking more from the tyre in so doing. Not only was he in dirtier air, but he was leaning on the tyre, particularly through Abbey, as the guy doing the chasing. 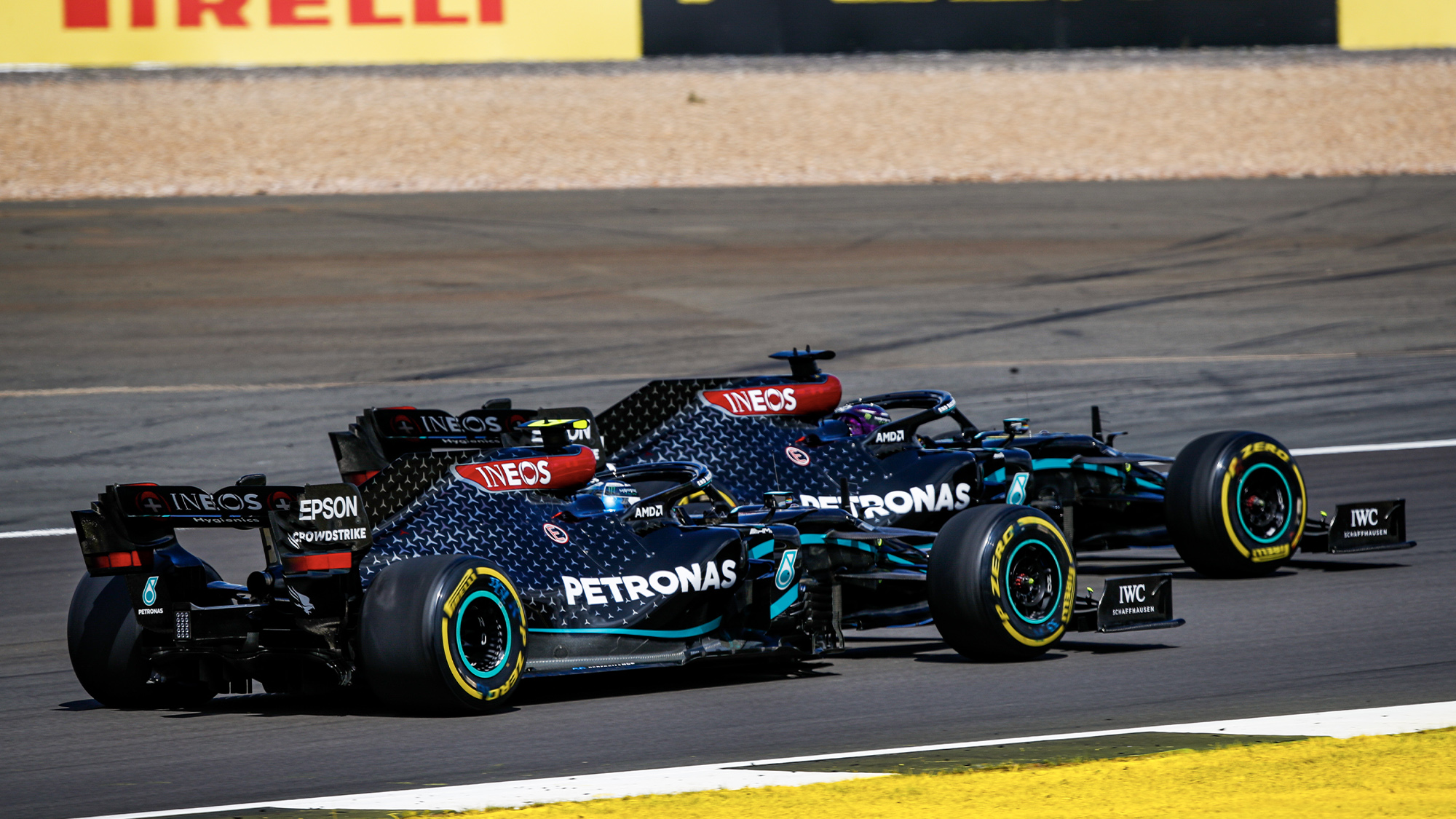 Pressure from Bottas, but both Mercedes were managing their tyres

Hamilton, as the leader on a planned one-stop, was just metering out his tyres but being forced to push slightly harder than he’d have liked.

Driving like this they’d put 13sec on Verstappen in the 22 laps since the safety car came in. But just how much tyre management this involved became apparent on the 41st lap when Verstappen set the race’s fastest lap up to that point – significantly quicker than anything the Merc guys had been doing. By the time Verstappen did that time, Bottas was already feeling vibrations from his tyre and was set to back off, thereby allowing Hamilton to do the same.

In hindsight Verstappen might have won, had he not stopped for a new set of softs with two laps to go, so as to secure fastest lap. Red Bull weren’t to know that Hamilton’s tyre was also going to go pop – on the last lap, as he went down Wellington Straight. But they weren’t to know, either, that Verstappen’s tyre might not have done the same. So he rushed up to the crippled Mercedes, only three tyres inflated and trailing dust and sparks. But fell short by just under 6sec. Which if there’d been a crowd here would have been such a thrilling spectacle.