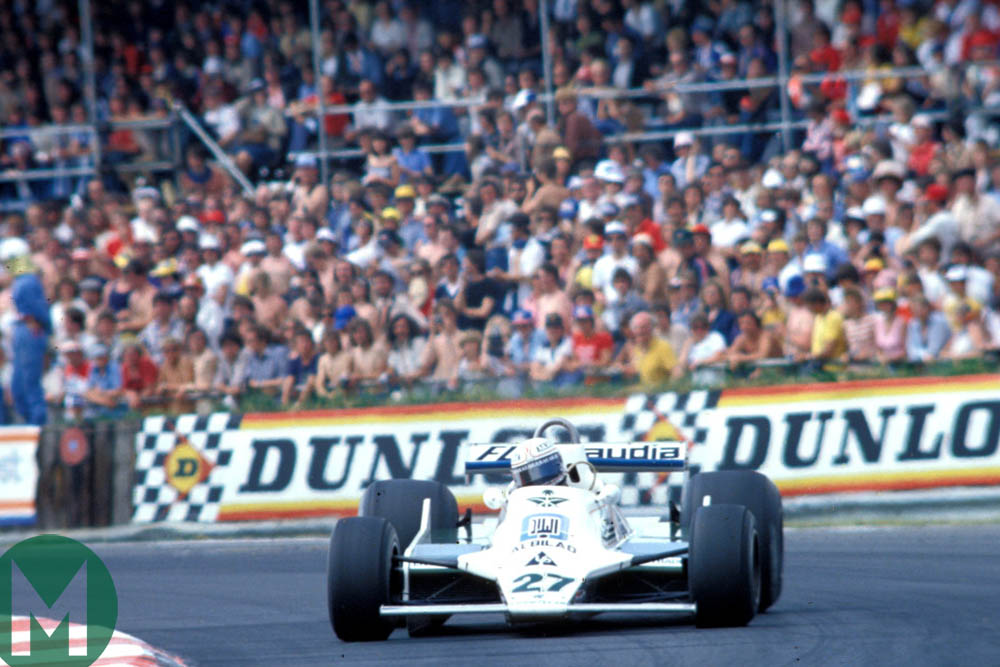 It’s nice timing that on the 40th anniversary of the first grand prix victory for the Williams team at Silverstone, the circuit should be announcing its continued place on the F1 calendar.

I was there as a fan that day. I’d picked-up my friend Slim (he wasn’t, hence the name) from Newcastle and driven us down to Silverstone in my Hillman Avenger GLS, only five years old but already rusty. That’s how cars were those days. Like the current Mercedes W10 in Austria two weeks ago, its cooling was marginal. Stick to the legal limit on the motorway and it was just about ok. Try 80mph or more for any length of time and the water temperature would begin to creep upwards. Even slightly under-pressured tyres would nudge the needle up a little. But it had nice comfortable velour seats – which reclined. And that feature was integral to the weekend’s plans. For the gold Hillman with its Rostyle wheels and vinyl roof was to be our bed. We were on a budget…

There was a layby just off what was then the A43, shrouded by trees. It’s gone now. But that’s where we parked up. After a Silverstone village pub meal, we retired to the Hillman for Thursday evening, vowing to wake early to beat the traffic into the circuit. I was vaguely aware of a rhythmic passing of vehicles very early morning, maybe about 6am. When I awoke properly two hours later, the A43 traffic was at a standstill. A blue Ferrari 365 GT 2+2 had pulled over onto the pavement and its bonnet was up. It wasn’t designed for traffic jams. We opted to leave the Avenger in the layby and walk in.

What is now a dual carriageway access road to the V10 entrance was then a leafy little lane up which we walked, then left into the main entrance where we bought our tickets – from memory general access was around £5 but a paddock transfer (direct into the paddock, to mingle among the teams) was an extra £3 or so. We splashed out. We saw Hans Stuck in his civvies at the back of the ATS garage. He was explaining to someone that they couldn’t run here because Goodyear wouldn’t give them any more tyres until they’d been paid. We saw the rookie Elio de Angelis looking for the Shadow garage at the wrong end of the pit lane. Jacques Laffite was riding a bicycle with his race number 26 on it. Niki Lauda was in serious discussion with a Goodyear tyre bod. 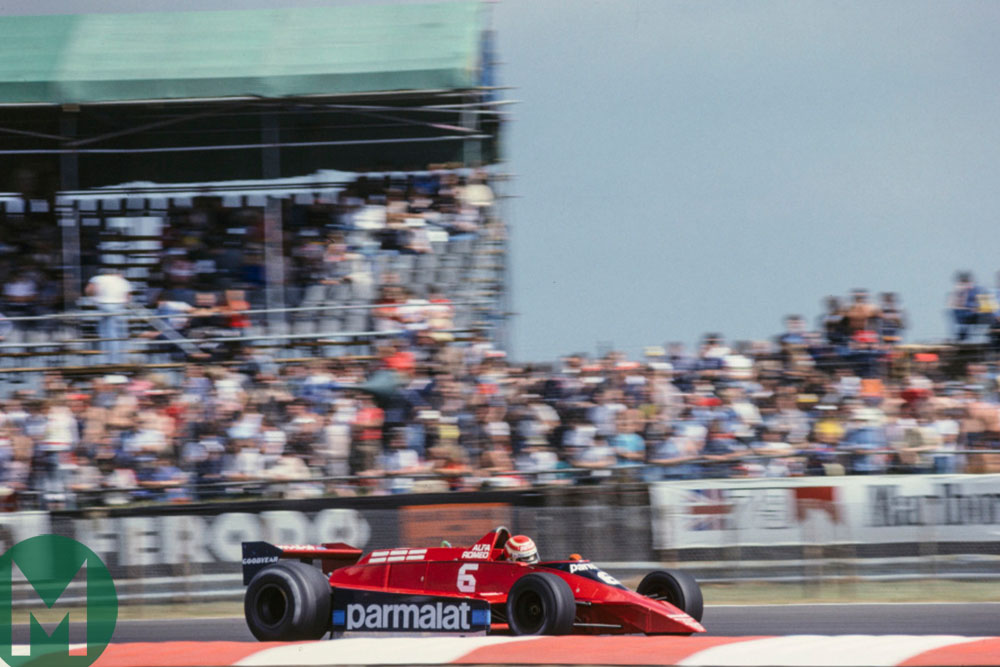 For the previous grand prix here, two years earlier, James Hunt had set pole position at 1min 18.49sec. We were abuzz with the news that Lauda in the so-far disappointing Brabham-Alfa BT48 had gone around in testing in the 1min 13sec! Five seconds in two years! That was ground effects for you. But little did we know, we’d seen nothing yet.

While Slim and I had been in Newcastle planning our trip, a young Frank Dernie – fresh from the Hesketh team where he’d designed the 308E that Rupert Keegan had raced in 1977 and on which Charlie Whiting would be a freshman F1 mechanic in ’78 – had been in the Imperial college wind tunnel, refining an underbody paneling around the gearbox of Patrick Head’s new ground effect Williams FW07. The tweak was devastatingly effective, joining up the underfloor flow with the negative pressure behind the rear wing, pulling it through the underbody much harder. For the car’s fifth race it transformed the FW07 from promising – Alan Jones had led in Zolder in its second race and Clay Regazzoni had finished a charging second in Monaco – to devastating.

For Friday final qualifying, Slim and I sat in the yellow seats at Woodcote. There were plenty of empty ones and there seemed no restriction. From up there, watching the number 27 Williams come into view under the Daily Express bridge and brake for the Woodcote chicane, it was in a different league to everything else as Jones just kept getting faster and faster, as if unable to quite believe how much grip he had. He finally stopped the clocks at 1min 10.8sec – eight seconds faster than Hunt just two years earlier! Frank Williams would later recall how people up and down the pit wall were looking at them, shocked. 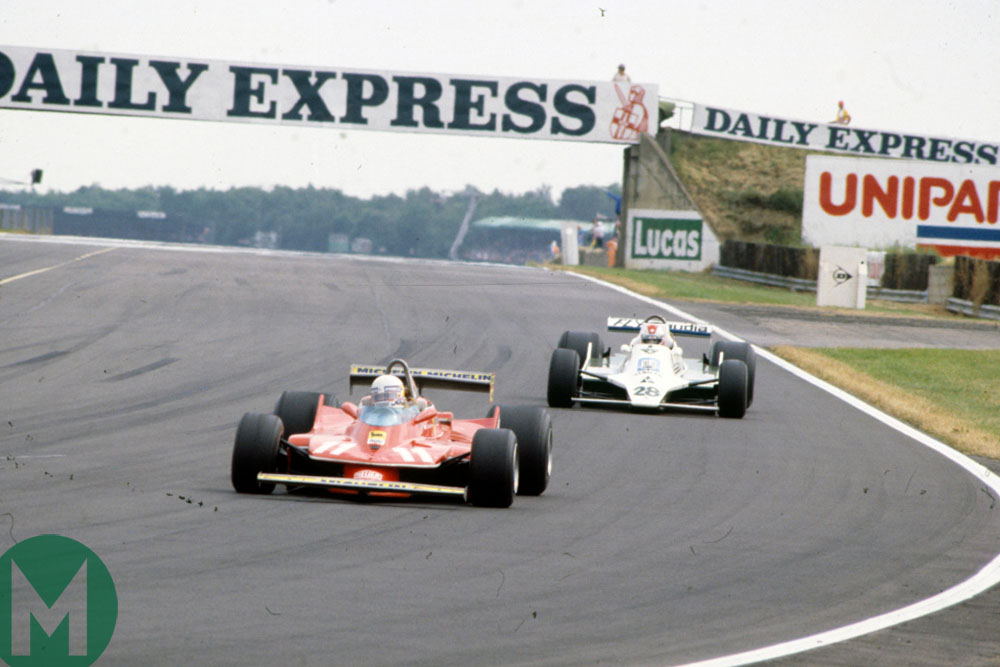 We left the track thrilled and excited for the next day. A pub in Towcester had outdoor showers in its car park. We availed ourselves of that luxury, then ate while speculating what might happen the next day, before heading back to our spot in the layby.

We watched from the bank at Woodcote. We heard that Regazzoni had burst through from row two to lead and that de Angelis had made an outrageous jump start from 12th. Jones and Renault’s Jean-Pierre Jabouille had swept either side of Regazzoni into Stowe after slipstreaming him down Hangar.  As they came into our view Jones was comfortably leading, Jabouille hanging onto him, leaving behind Regazzoni and a wild Nelson Piquet in the Brabham-Alfa (the car that Charlie Whiting had prepared) soon to spin out right in front of us.

Jabouille – a turbo winner for the first time in the previous race – was soon in the pits, putting Williams 1-2. One of the Williams water pumps had been machined in-house, the other by an outside supplier. The latter one failed on Jones’ car. Allowing Regazzoni to canter to what would be his final grand prix victory. But it was Williams’ first – and the beginning of an era. We were allowed onto the track and crowded around the make-shift rostrum set up on the back of a flat-bed truck. After it all died down, Slim and I headed back to the layby at about the time that Frank would have been receiving his many well-wishers with a gracious grin. Somewhere in that paddock Charlie and Herbie Blash would have been helping clear the Brabham garage and loading the cars of Lauda and Piquet. 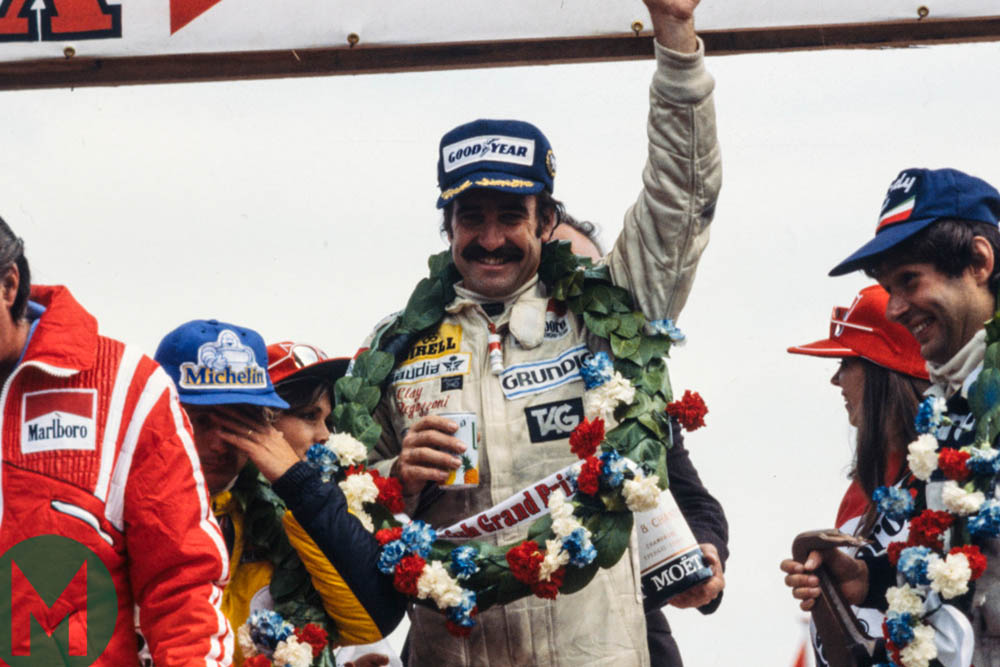 Yesterday evening at Silverstone, there was a beautiful celebration of Charlie’s life (largely organised by Herbie) charting his career from mechanic to F1’s headmaster, all achieved with remarkable grace and good humour. It was just a hundred metres or so from where Piquet had spun his Brabham back in ‘79. Together with the current plight of Williams, Charlie’s passing reinforces the unmerciful nature of time. The circuit scenery and the track itself are so very different to back then. But with the renewal of the British Grand Prix deal, that thread going right back to the late ‘40s remains unbroken and there’s something reassuring about that.

Post script As if the underly the thread of time, shortly after filing the original version of this story I went trackside to watch first practice from Village corner and there I met a marshal David Phelps. He’s been a marshal here for every grand prix since ’69, but he also used to work preparing Cosworth DFVs at Hesketh’s base just down the road in Towcester. It was his Hesketh-built DFV in the back of Regazzoni’s Williams that day in ‘79. The water pump in Jones’ car, David explained, was different because it was a development DFV from Cosworth and the pump had a narrower housing as teams were keen to reduce the blockage to the ground effect venturis. Jones used a Hesketh-built engine to set pole but switched to the Cosworth-supplied one for the race.