Ferrari’s performances in Australia and in Bahrain were barely recognisable. And the difference lies in tyres, set-up and engines 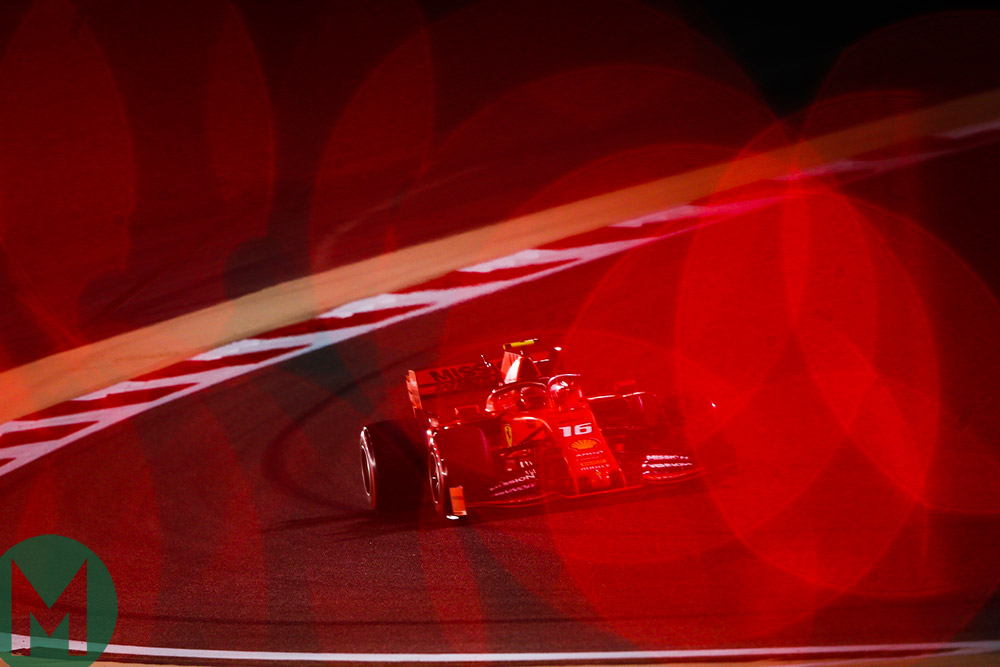 Two races in and we have a more refined set of questions rather than definitive answers about the season ahead. There have been a few anomalies clouding the picture. Where is Red Bull really at? Why did the Haas fall so dramatically from qualifying to race in Bahrain? But most intriguing of all, what explains the difference in Ferrari’s performance from Australia to Bahrain?

There is a suggestion that there just might be a common theme running through the possible answers to these questions. The set-up windows of the 2019 generation of cars have narrowed – at least in these early stages of the season – compared to those of last season, particularly with regard to getting the front tyres in the required temperature window.

Teams up and down the pitlane are reporting that getting the surface and bulk temperature of the tyre matched up is more difficult since the introduction of the 2019-spec narrow gauge Pirelli.

The narrow gauge tyre – which was used only at a selected few fast circuits last year – is being used at all events this year. It simply has less rubber on the tread. This brings several advantages, the most notable being that with less rubber to bend, there is less heat build-up on the tread when following in the dirty air of the car ahead, i.e. the tyre is more resistant to overheating when following closely.

This is one of the reasons for the slight but noticeable improvement in the raceability of the cars this year. Furthermore, because the tyre is less prone to overheating drivers are able to race the tyre hard and are no longer having to manage the pace as they were at many tracks last year.

But another side of that coin is that generating heat in the tread when you are trying to get the tyre into its working window from cold is more difficult (only Mercedes is saying that it has not encountered any particular difficulty with this). 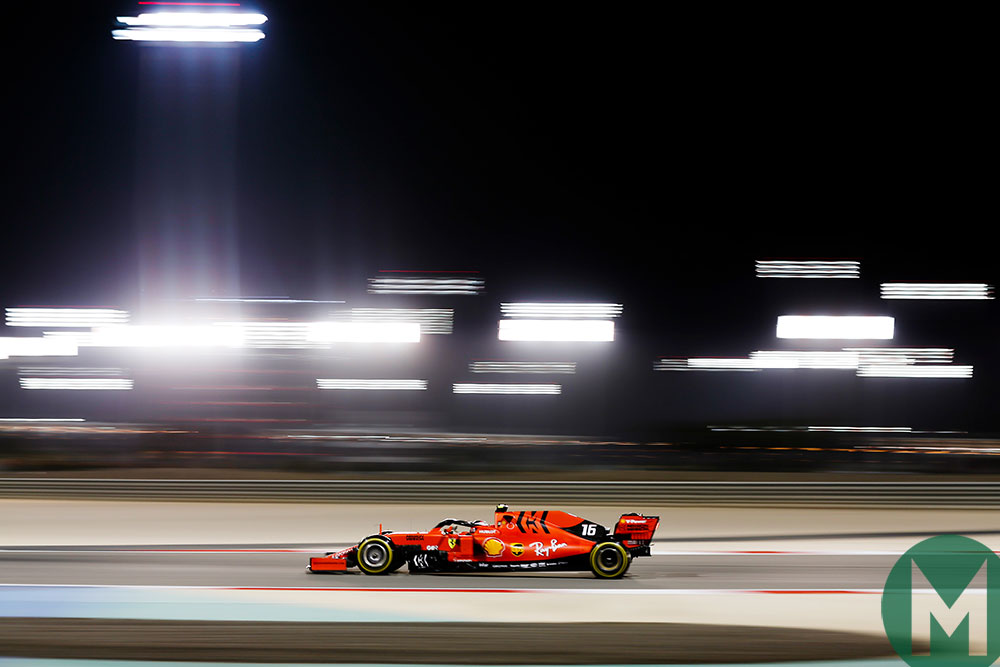 Part – and only part – of Ferrari’s problem in Melbourne was related to this. On the low-grip bumpy surface and on a track temperature outside of the soft tyre’s ideal range, the fronts were under-temperature and not generating the front-end bite needed for the drivers to be able to lean on the car.

When the tread is too cool, so the tyre does not build up as much lateral or longitudinal force and this, in turn, means that the core of the tyre is not being worked hard enough to get up to the required temperature and remains cool and inflexible.

The core’s natural ‘bendiness’ is an inherent part of the tyre’s grip and if it remains too cool it simply won’t work. The tread and core need to be balanced and in harmony. So Ferrari cranked more front wing onto the car – worsening its aero efficiency – but still it wasn’t enough.

Inherently, the 2019 cars have less front downforce available to balance out the much more powerful rear wings and this contributes to that narrowing of the set-up window. The thinner gauge tyre then exacerbates this.

Additionally, it’s now clear Ferrari was indeed running on reduced power during the race in Melbourne – but not in qualifying, when the normal modes were used. Sources inside the team insist it was forced to run the engine over-cool in Australia.

It was clearly protecting something it was nervous about (perhaps the ers that had failed in week two of Barcelona testing), hence it not running above mode 5 (out of 11) on race day (apart from the in/out laps).

If it was supplying the ers with extra cooling, then it’s quite feasible that the engine itself was over-cooled. With an over-cooled engine, the inlet air would be denser, effectively weakening the mixture and threatening detonation. To compensate, more fuel would be needed. Which would increase the fuel consumption despite the lower power, explaining the lifting/coasting seen late in the race from Sebastian Vettel.

Fast-forward to Bahrain and some modification – a ‘correction’ was the way it phrased it – gave Ferrari the confidence to run more aggressive engine modes. In addition, around this track there was no longer a problem generating the required front tyre temperatures – and so we saw a fully representative picture of the car’s true performance.

Which brings us to the problem that cost Charles Leclerc his victory, a ‘partial lack of compression in one cylinder’ that was not a mechanical problem and which did not damage the engine. Which suggests either a spark plug, injector or even software problem.

Because Leclerc was told over his radio that he no longer had ersH recovery, this has led many to believe that the cylinder problem Mattia Binotto cited was a fabrication. For one, that’s not his style. He had no need to tell an outright lie when all that was needed was a ‘we don’t wish to tell you’.

For another, it’s quite normal that with the internal combustion engine effectively 17% down on power (one cylinder from six) it would no longer have the power to deploy ersK and recover from the ersH.

So the h would simply have been shut down – as that would be the most efficient way of running the engine in that compromised state. Effectively, the ersH would not have been recovering the energy that it was costing to run it because of the lower energy provided by the engine itself.

More details will surely emerge in the races to come, but for now, it’s much easier to get a clearer picture if we dump the conspiracy theories.