An improved Red Bull and a slightly less than fully fit Mercedes finally swung the balance in the last race of the season, Max Verstappen winning from pole in Abu Dhabi, ahead of Valtteri Bottas and Lewis Hamilton throughout.

Hamilton, returning from his recent bout of Covid, was not in great physical shape himself and reckoned the race had wiped him out. Maybe a fully fit Hamilton could have made the difference in qualifying – he was less a tenth off Verstappen as it was – and that might have given him the track position to win even against a Red Bull that was faster on race evening. But he wasn’t – and so the Red Bull, with its new single pillar rear wing, had a crucial edge on both Saturday and Sunday.

Mercedes simply did not find the car’s balance sweet spot all weekend.

The nature of the track, the way it mitigates against overtaking in both its layout and the way it imposes thermal degradation on the tyres, thereby obliging drivers to drive to a set pace, locked Verstappen’s pole into victory. Furthermore, a lap 10 safety car to retrieve Sergio Perez’s broken Racing Point triggered all of the top 10 into pitting immediately – thereby denying Mercedes the chance of applying a different race strategy to Red Bull. So just setting things even further in stone for Verstappen. Then there was Alex Albon, running relatively strongly in fourth. His presence there, never that far behind Hamilton, kept Mercedes locked into trying anything tricky, like a two-stop – as they would always have emerged behind him if they’d tried.

So it was a perfect evening for Verstappen, a solid one for Bottas, one which Hamilton was glad to get to the end of and an encouraging one for Albon. Well behind the lead quartet, McLaren’s fifth and sixth places for Lando Norris and Carlos Sainz combined with Perez’s retirement and Lance Stroll’s quiet race to 10th nicked third place in the constructors’ championship from under the nose of Racing Point.

Red Bull has continued to develop its car throughout the season, even as Mercedes switched off development after Spa. So the gap between them has been steadily eroding. It was very close last weekend at Sakhir where Verstappen had qualified within hundredths of Bottas’ pole, but we didn’t see it play out in the race on account of his lap one retirement. From hundredths behind there, it was hundredths in front here.
A single pillar rear wing was trialled in Bahrain and was run right from the start of the Abu Dhabi weekend. It seemed very efficient. It was helping get the RB16 down the long straight up to Turn Eight very quickly, even though its terminal speed was restricted by the early clipping of electrical power on the Honda compared to the Mercedes. 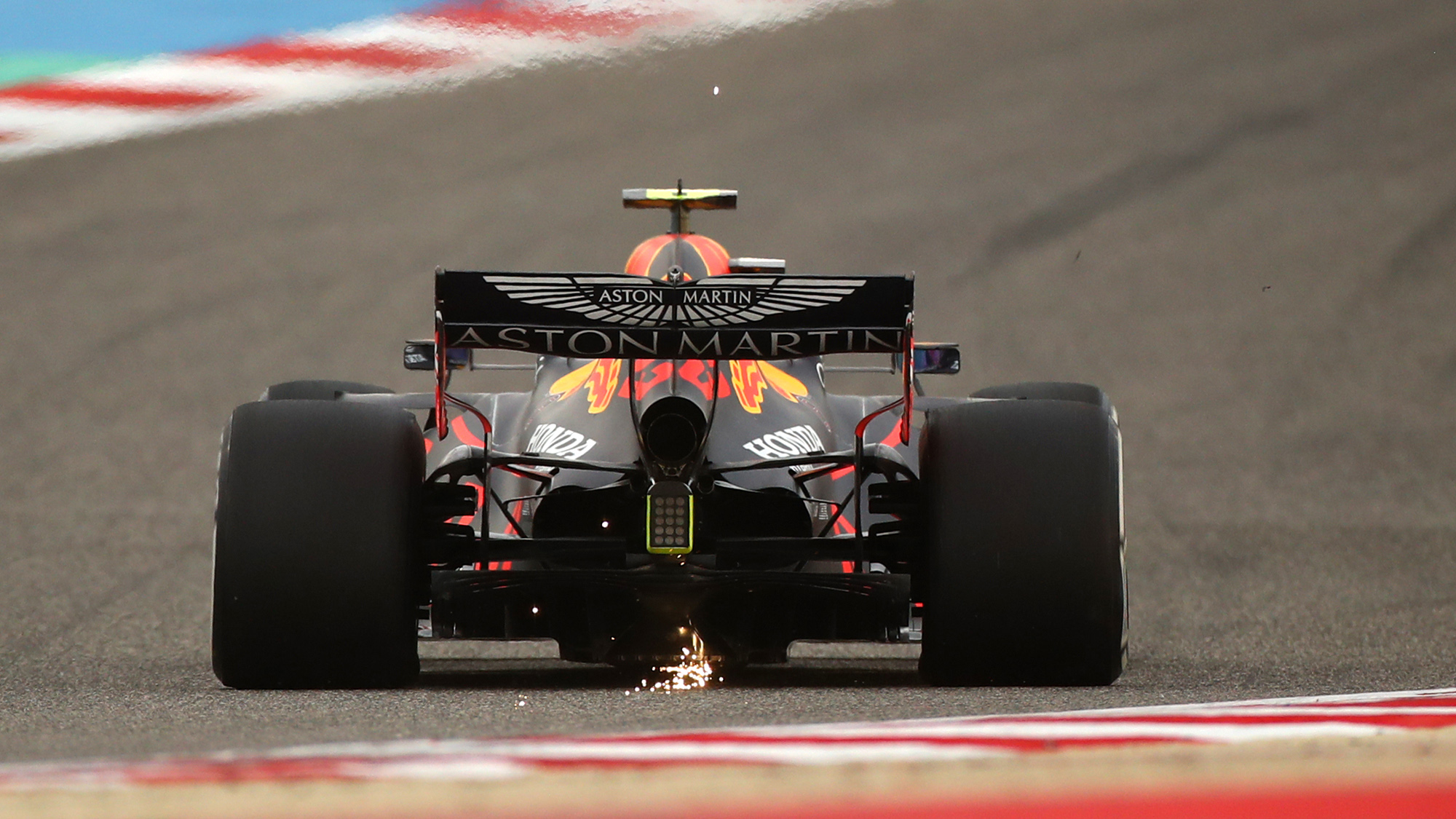 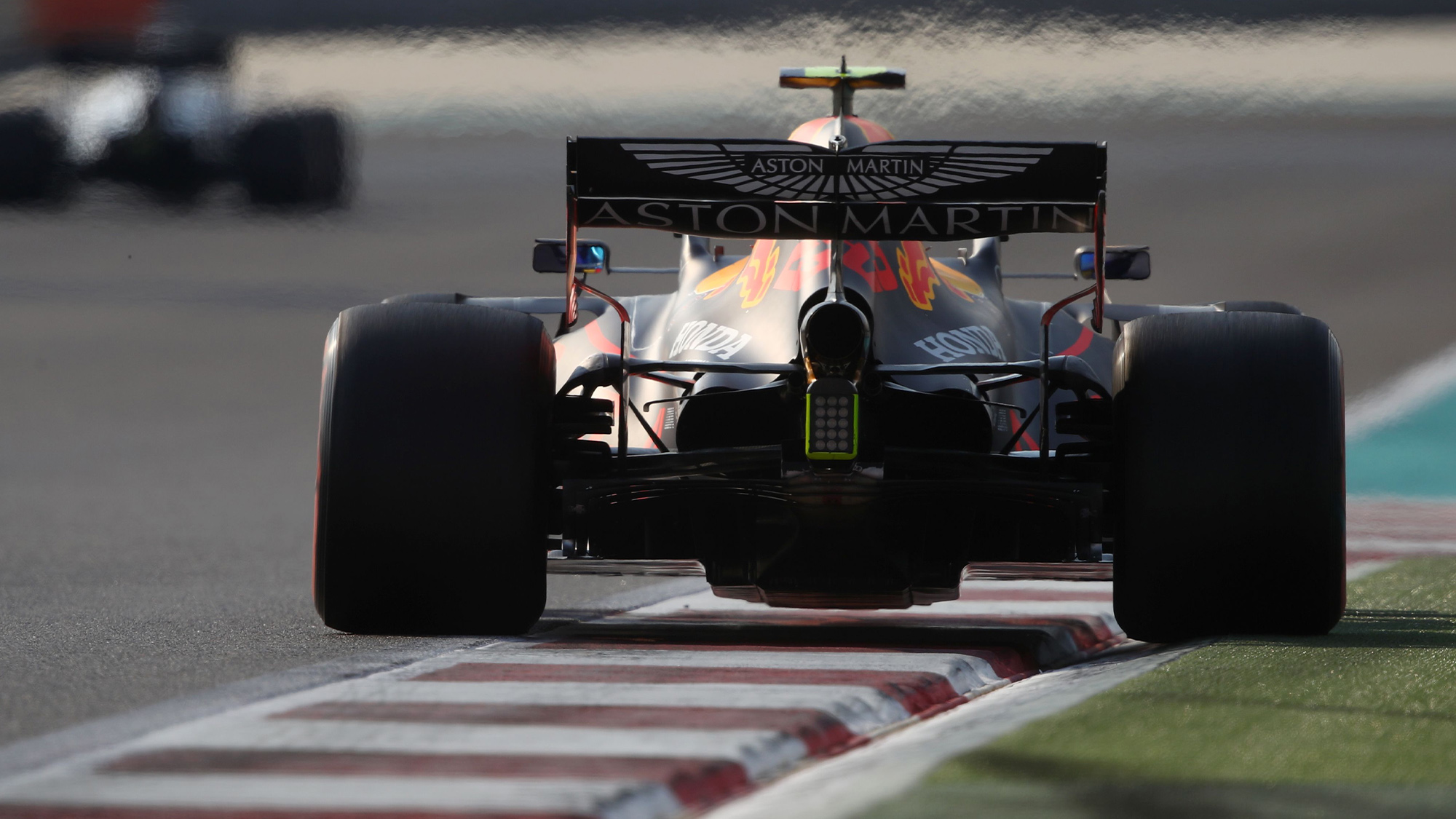 The RB16 was also nicely balanced for once and Verstappen was able to properly access the greater one-lap grip of the soft tyre in Q3 than the Mercedes guys were able to. That’s all it took to swing the balance on Saturday. Which played a very large part in determining the outcome on Sunday.

Mercedes traditionally dominates Abu Dhabi to a greater extent than anywhere else. Here it was the team’s weakest track of a dominant season.

Its lead driver was not at his best and the car had a couple of technical limitations. The most significant of which was that the team simply did not find the car’s balance sweet spot all weekend.

“I think the main issue was that we couldn’t get the soft tyres to work properly,” said Bottas immediately after losing out on pole by a couple of hundredths of a second. “All the way until qualifying the medium tyre was better for us than the soft, which it shouldn’t be. I think we made some improvements but looking at the result I don’t think we got 100 per cent out of a single lap from the tyres. Towards the end of qualifying I started to struggle a bit more with the front end of the car – maybe with the track cooling down.” The drop in track temperatures as nightfall arrived had played its part in knocking the Mercedes out of its usual happy place. 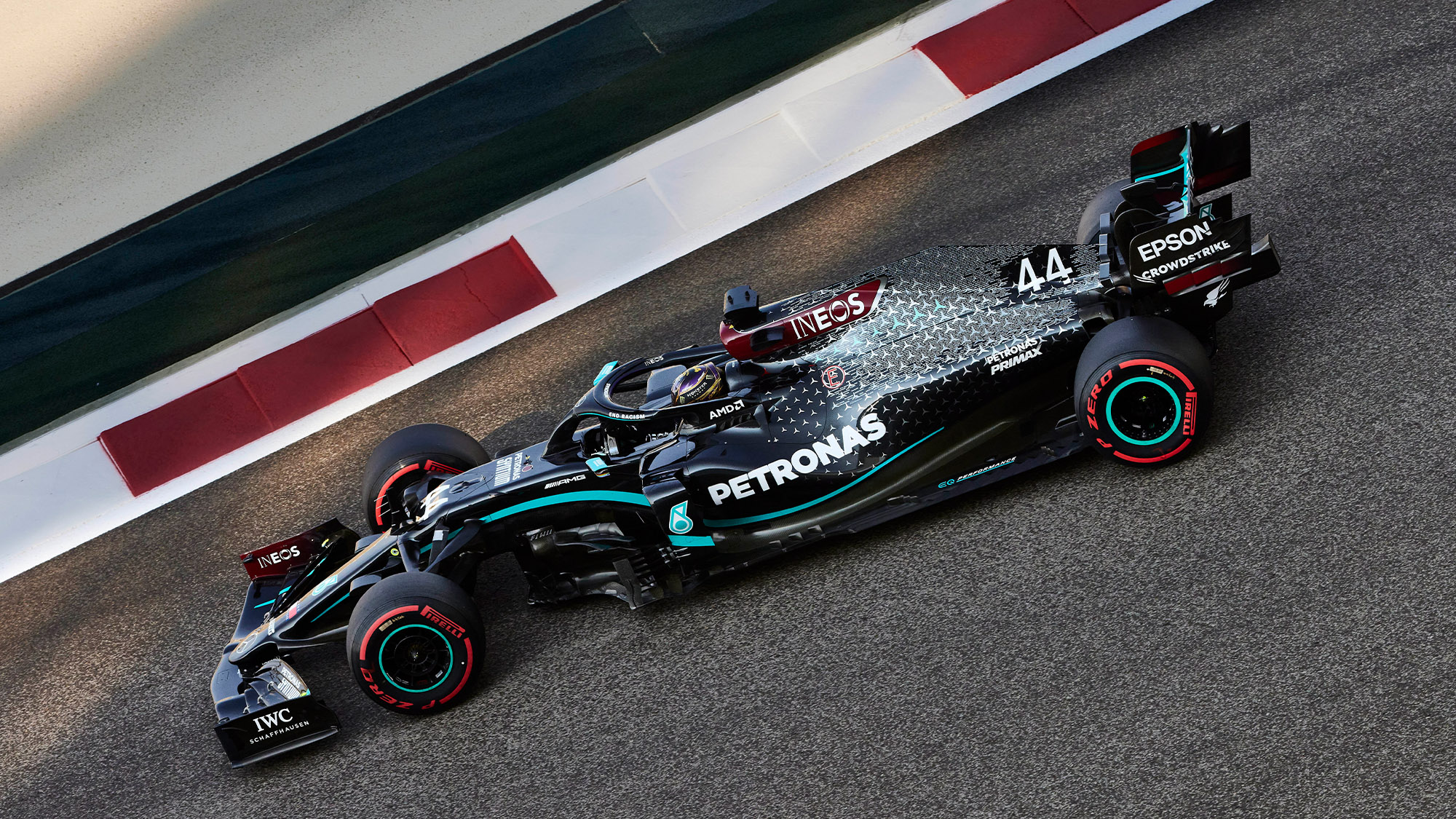 Tyres caused trouble for Mercedes in qualifying and the race

That difficulty didn’t disappear in the race. Normally the Merc has better tyre usage than the Red Bull; it can keep the rubber alive longer. But that’s when the limitation is the rear tyres. Here, it was the fronts, something exacerbated by the Merc’s ill-balance. So the longer the stints went on, the more the difference between the neutral Red Bull and understeery Mercedes was apparent. Extra front flap was added to both the Bottas and Hamilton cars at the pit stops and it lessened the problem but didn’t banish it. The Red Bull was just quicker.

After his second victory drive of the season, Verstappen pointed out that the Mercs were also perhaps a little down on power. Whether it was said in mischief or innocence, it pricked up the ears of both Merc drivers, who seemed genuinely puzzled. “Yeah, your MGU-K,” said Verstappen casually. “I don’t think that’s right,” said Hamilton.

2020 was a season where almost anything seemed like it could happen in Formula 1, but asking for a thrilling Abu Dhabi Grand Prix proved to be a little too…

But it was. Mercedes later confirmed that a concern about the kinetic control unit – which has yet to be pinpointed – led them to run with less than full harvesting and deployment on race day, though it was operating at full capacity in qualifying. The difference was worth around 0.1s per lap. It was suspected that this was what put Perez out of action after just 10 laps, and that was a brand new power unit after his Sakhir-winning motor was found to be on the verge of failure.

“It’s a great way to finish the season,” said Verstappen. “It’s a good boost for everyone in the team here and at the factory and I just hope that we learn from the previous years that we have to be stronger in the beginning of the season to be able to give them a little bit of a harder time.”

Yes, let’s hope they do. Let’s hope many things are a little different next year.