“It obviously depends when we will have the first race,” answered Sebastian Vettel last week to the question of when we could expect news of his future with Ferrari beyond the current contract, which completes its term at the end of this season.

“There is a chance that we will have to make a decision before there will be the first race, because at the moment it looks like there will be no race before June or even July.”

A couple of days after he said that came a report from a usually reliable source in Italy that the talks between Ferrari and Vettel had stalled. No, not so, insists Ferrari. There was no acceleration before, so there is no stall now, is the line it is giving – and that is almost certainly true. As far as we understand, no offer had been made by Ferrari, no demand made by Vettel. But let’s just assume that the ‘talks stall’ story might have been placed – perhaps with the intention of bringing Vettel to the table sooner rather than later.

Vettel is no longer the chosen one. He has been usurped.

That would figure. Ferrari needs to know ahead of the curve whether it can come to a deal with Vettel that both sides are happy with. Because if it can’t, this needs to be clear before the alternatives narrow.

So, what sort of deal might that be? It’s a supremely delicate subject. Vettel, the four-time world champion, in his sixth year with the Scuderia, and still a stellar performer, is no longer the chosen one. He has been usurped – something that was never more evident than at Monza last season when Charles Leclerc, despite receiving censure from the team for apparently using circumstances to go against the plan in qualifying to help secure himself pole (and thereby deny Vettel), proceeded the next day to take a very feisty victory over the attacking Mercedes drivers.

Imagine the pressure of that: not only trying to win at Monza in a Ferrari in his first season there, with the Mercs snapping at his heels, a two-pronged attack in relay formation, but also in the knowledge that he was under a cloud within the team for his actions the day before. Yet still he delivered an incredible pressure victory. Vettel, meanwhile, spun unpressured out of fourth place on a weekend where, without Leclerc’s actions the day before, he might conceivably have dominated from pole. It had been coming for a while, but Leclerc explicitly took the leadership of the team over at Monza and Mattia Binotto essentially confirmed it post-race with his ‘all is forgiven’ comment. 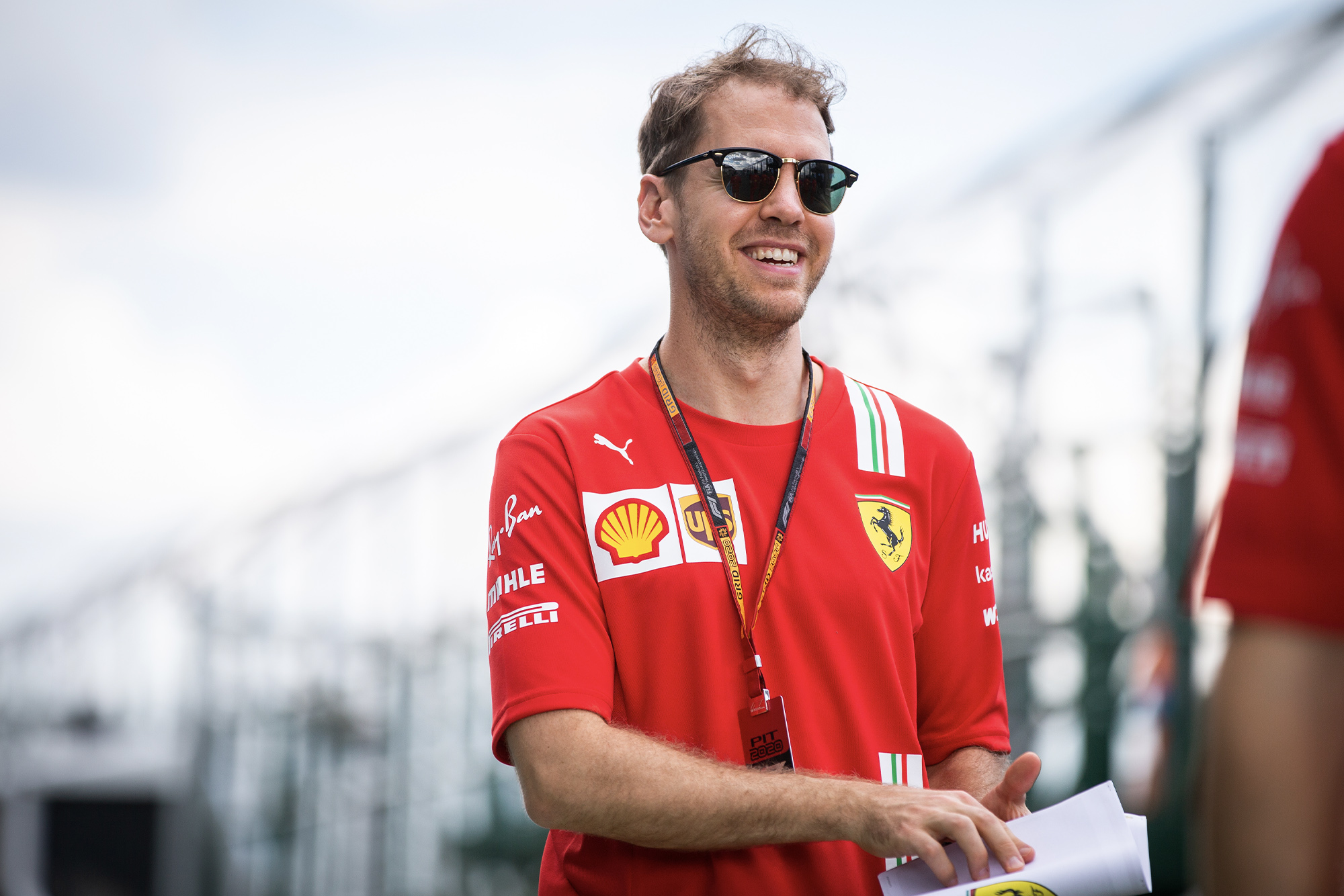 A few weeks ago, if you had suggested to Sebastian Vettel he could potentially sign a new deal with Ferrari before the first race of the season, he would likely…

Ferrari prefers to operate with a team leader and support driver policy, even if they are free to race within certain constraints. The effort and energy of the team is summoned behind the chosen one and its future plans made around him. Vettel served in this role for four years, but last season Leclerc was given the opportunity of taking that role from him – and did so. It’s set in stone now. Like any competitor worth his salt, Vettel refused to accept that, as shown by his great turnaround performances in Singapore, Japan and Russia – and his unfortunate wheel-rubbing with Leclerc in Brazil. Vettel was fighting with pride and intensity, but in the process was compromising Ferrari’s race-by-race prospects.

So, while it won’t be specifically a number two contract he will be offered, we can take it as read that it will be a less generous one than Leclerc’s. Vettel remains Ferrari’s first choice as Leclerc’s partner and the team can be expected to make a respectful offer, but not the sort of blockbusting one he’s been used to. It will then be a matter of whether Vettel can accept that demoted role and of racing under what are sure to be very explicit ‘you will not compromise the team in your racing with Charles’ terms.

If Vettel decides he cannot race under those terms, then what does Ferrari do? From the outside Daniel Ricciardo – out of contract at the end of the year, a proven winner with no real weakness in his game – looks the stand-out option. But it will almost certainly not be him. Ferrari will be looking for a Leclerc support, not an in-team rival. It’s not quite a number two role, because they’re allowed to race, and there will undoubtedly be opportunities to win races… but Leclerc is the number one.

Would Carlos Sainz go there on those terms? Maybe. Not because he’d be surrendering, but because he’s yet to get a potential race-winning car and, unlike Ricciardo, needs to do so to prove his stature. A bit of late career glory for Sergio Perez? We can expect it to be one of those sorts of fits – and not the recruitment of a megastar such as Hamilton or Ricciardo – that will follow if Vettel can’t accept the hand that’s being extended.

Although Vettel remains absolutely Ferrari’s first choice for the seat, there is one other possibility – hopefully not one which comes to pass: that if the current attempts to get racing this year ultimately fail and Vettel can’t agree to the terms, he may already have driven his last race for the Scuderia.