Murray Walker is widely regarded as the voice of British motor sport with a career in commentary spanning over half a century, however, the man himself admitted he would not have been popular if social media had existed during his time as a commentator. 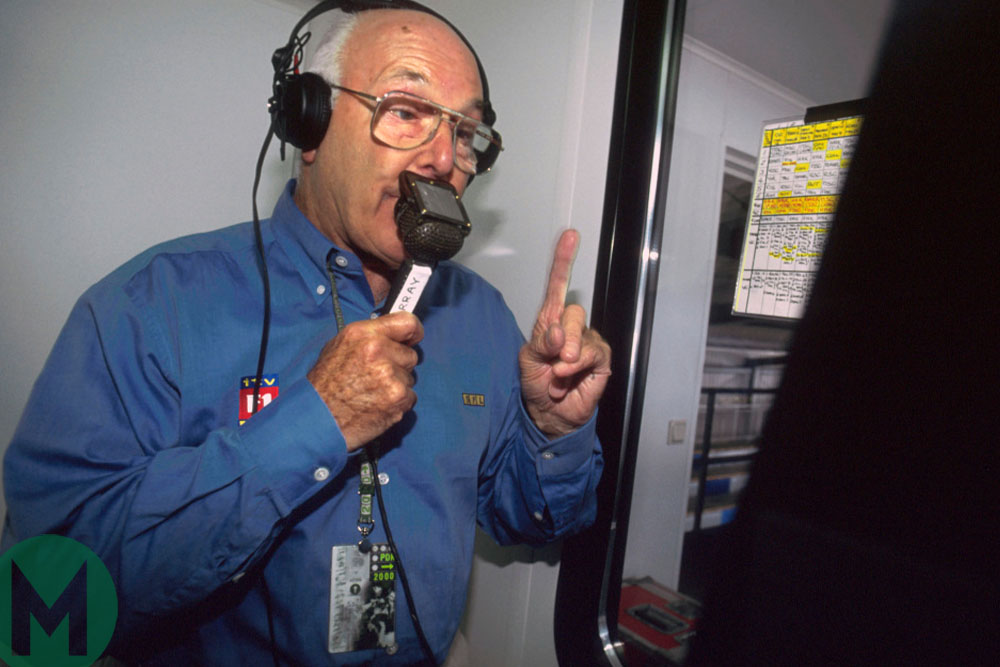 Murray Walker served as the voice of Formula 1 for many throughout his commentary career Photo Credit: Motorsport Images

Murray Walker has admitted that his unique style to commentary may not have been so successful had social media existed during his time as a commentator.

Renowned for his ‘Murrayisms’, the unique voice that brought Formula 1 to the British public from 1978 to 2001 admitted during the latest Motor Sport magazine podcast that his approach would not have gone over well with modern social media-centric audiences.

“I would not be sitting here if social media had existed in my time because they would have had my guts for garters,” Murray said.

“They all make this fuss about Murray’s bloopers, ‘the car in front is absolutely unique except from the one behind which is identical’, ‘nothing wrong with the car except from it’s on fire’, they would have had me for that.”

Walker employed a unique method for his commentary, opting to remain standing during races rather than sitting down, a trend that has remained in vogue in his absence from the commentary booth.

“I was talking to a chess specialist once. He said there’s a physical reason for that. He said ‘if you commentate sitting down, you sit with the microphone like this and you’re slumped over and your lungs are deflated, but, if you stand up, your shoulders go back and your lungs are inflated and you can speak much louder.”

His famous style would be complemented and contrasted by the likes of Jackie Stewart, Alan Jones and Jonathan Palmer, with the voices of James Hunt and Martin Brundle in particular acting as a balance to the typically excitable and passionate delivery Walker brought to broadcast.

Of course, it wouldn’t always be a perfect commentary team. His stint with Hunt as co-commentator was a very popular but not always harmonious affair, as the 95-year-old recalled.

“James Hunt always used to sit down a sort of sullen heap beside me. I’m now mature enough to confess that I must have been very difficult to be a co-commentator for because I wanted the microphone, I had so much to say and I was so enthusiastic about saying it that I didn’t want any interruption from anyone.

“On one occasion, I was standing up and James was sitting down, he thought the old boy had been talking long enough, and he caught hold of the microphone wire and pulled it and the lip mic flew out of my hands and into his.

“I was livid! I had my fist back to give him one sitting down and Mark Wilkin, who was the producer, looked across and said, ‘no no no’ so I didn’t, and our friendship was retained.”