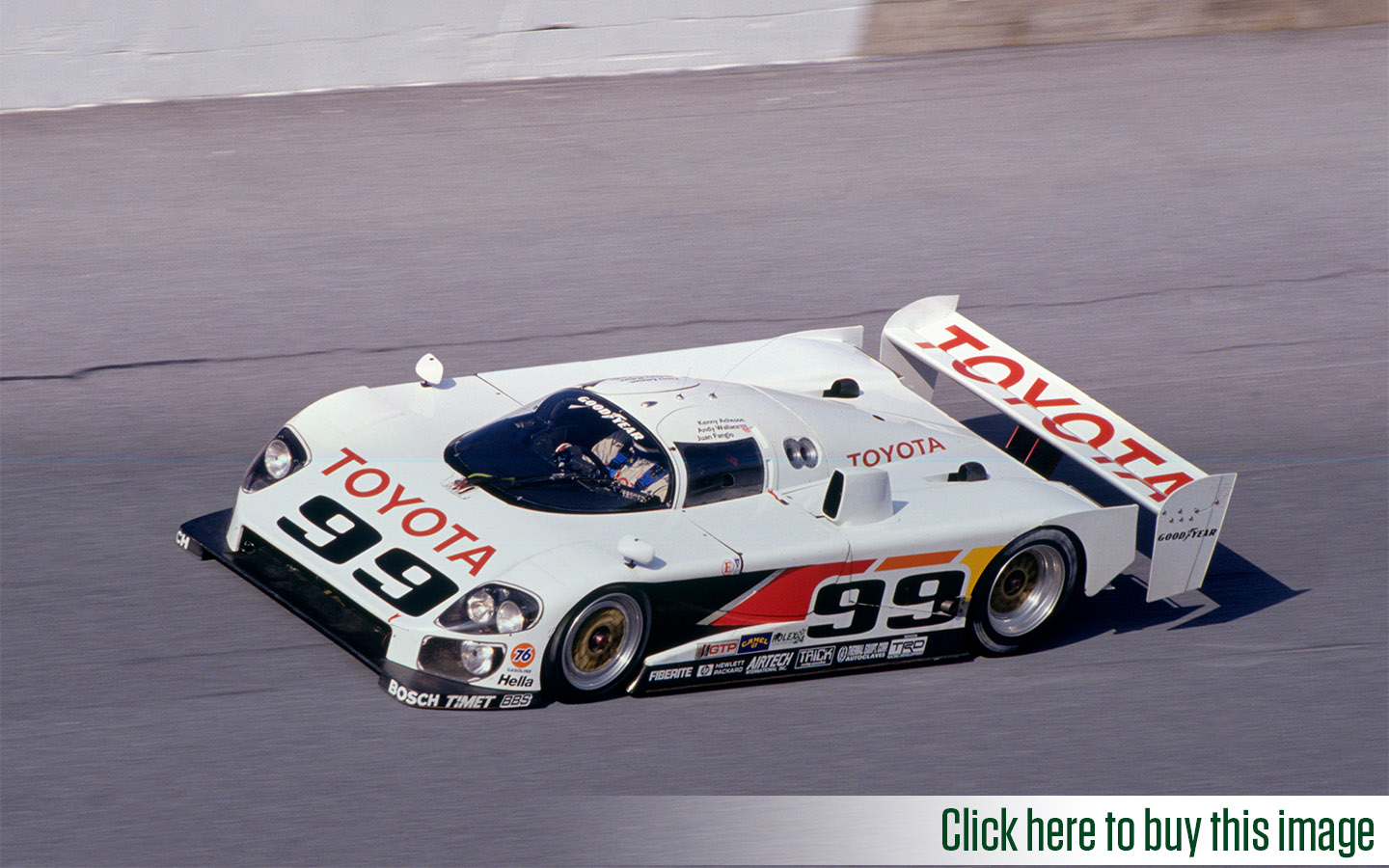 A star in Formula Fords, winning three titles in 1978, Kenny narrowly missed out on the 1980 British Formula 3 title.

This aided his graduation to Formula 2, but he was lucky to survive a serious accident at Pau as contact sent him off the track and into a tree. He escaped with two badly broken legs.

He made his F1 debut in ’83 aboard a RAM, failing to qualify for the first six races entered but finally making it into the season finale in South Africa, finishing 12th. Despite his best efforts with a poor car his career was stagnating.

After the death of Manfred Winkelhock in ‘84, Kenny returned to RAM for three races – qualifying twice – but retired from both before a lack of funds meant his car was withdrawn.

At the end of the 1980s he forged a career racing in Japan and finished second at Le Mans in ’89 for Sauber-Mercedes, third in ’91 for Jaguar and second in ’92 for Toyota.

A big accident at the 1996 Daytona 24 Hours dulled his appetite for racing and he retired from the sport. 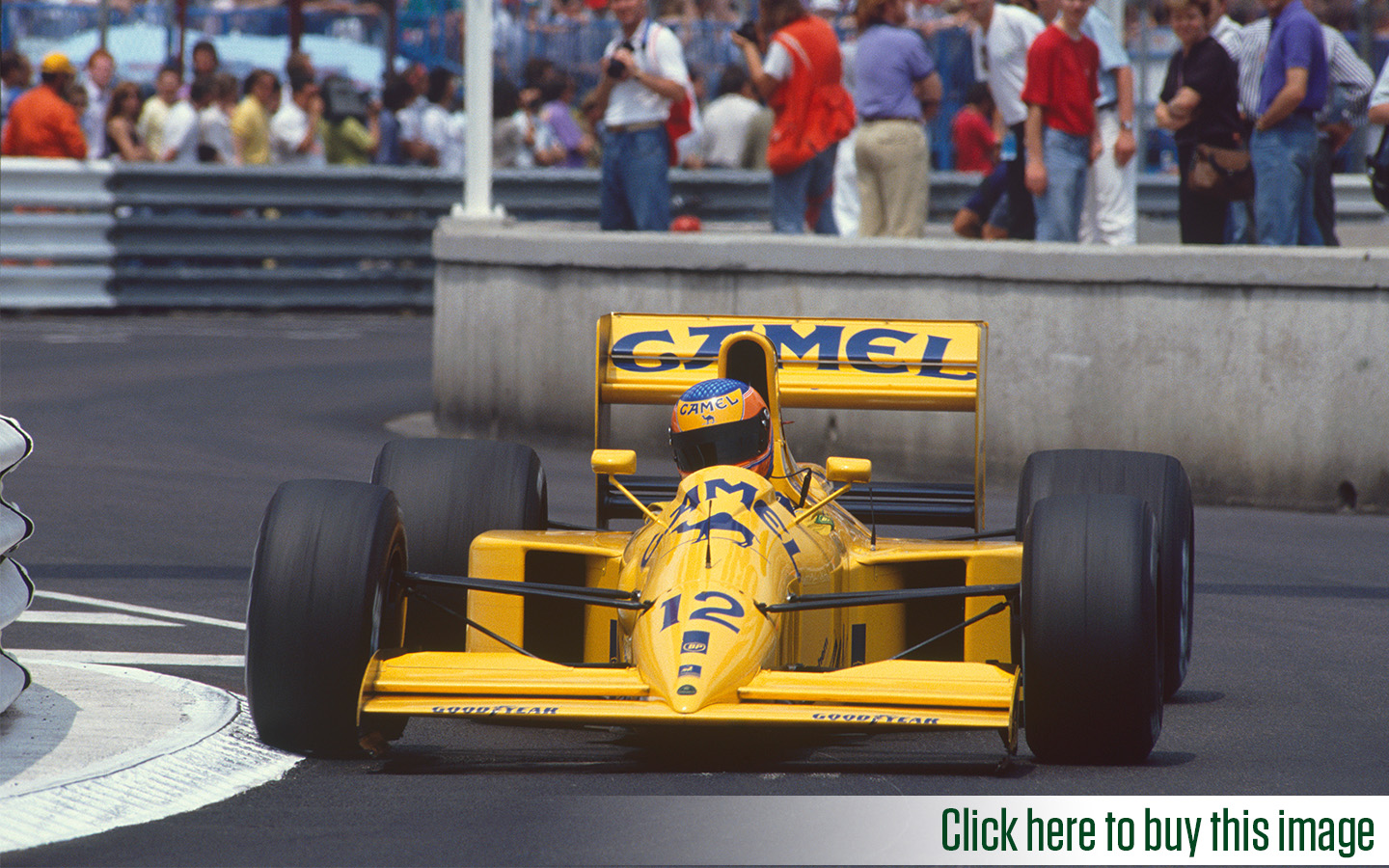 After middling success in F3, Donnelly jumped ship to Formula 3000 in 1988, scoring a handful of wins for Eddie Jordan. This helped him earn a test role for Lotus, and he filled in for Derek Warwick at Arrows for the ’89 French Grand Prix, with an impressive qualifying and race.

This led to a full season with Lotus in 1990, but a frustrating year with the Lamborghini V12 caused many retirements, though when the car did finish it was often just outside the points.

His career in F1 ended during practice at Jerez when his car went off track at the flat-out right hander after Peluqui and disintegrated, leaving Martin exposed and seriously injured in the middle of the track. Only swift medical attention saved his life.

Post accident he stayed involved in racing, competing in saloon cars and serving as FIA steward at various Grands Prix. 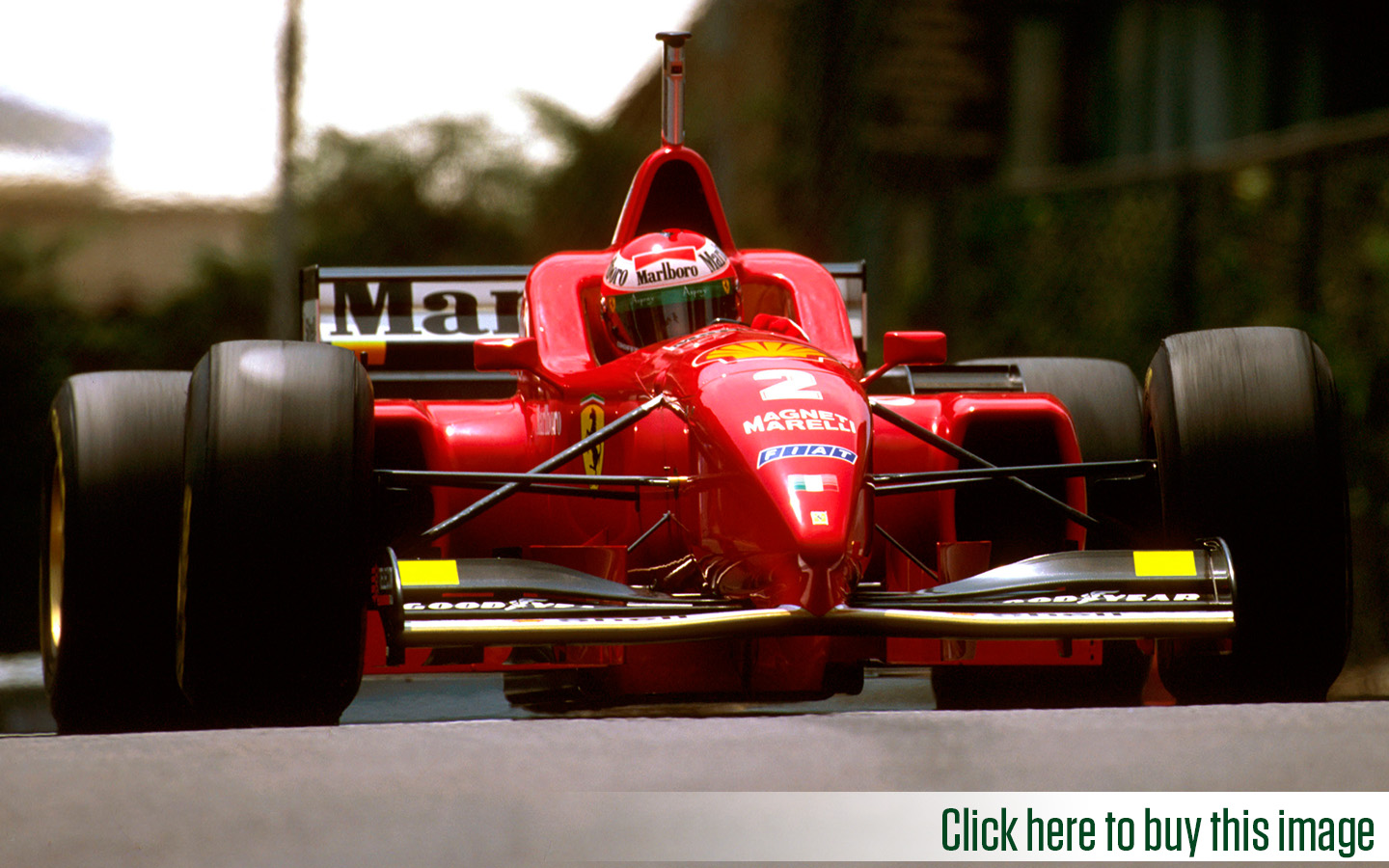 After winning the 1987 Formula Ford Festival, the Esso and RAC FF1600 championships and coming second in the BBC FF2000 series, Irvine secured a seat in British F3. While he failed to win any races he moved to Formula 3000 – initially for Pacific, then for Jordan, finishing third for the latter in 1990.

A move to Japan proved fruitful, a second place in Japanese F3000 in ’93 earning him two races for Jordan in F1 at the end of that season, finishing sixth in Japan and famously being punched by Ayrton Senna after the race.

He raced for two full seasons with Jordan, though his ’94 started badly, being suspended for three races for his part in an accident during the season opener at Interlagos. His best finish was a third in Canada in 1995.

Eddie then made a surprise move to Ferrari to partner Michael Schumacher for four seasons, and when the German broke his legs at the 1999 British Grand Prix Irvine assumed the role of team leader. He led the championship heading into the final round, but lost out to Mika Häkkinen by two points.

He moved to Jaguar in 2000 for a not-insignificant sum of money, where he spent three disappointing seasons, with 25 retirements in 51 races and a total of just 18 points, before leaving F1 for good to concentrate on his property portfolio and other interests.

Despite no budget to speak of Damien showed promise in single-seater, graduating to F3 in 1972.

Struggling to find a drive in ’75 he performed well in an old Trojan in Formula 5000 and this helped him to fill in at Williams for Arturo Merzario in the Swedish Grand Prix that year.

He earned a full-season drive in F5000 for ’76 and appeared in an elderly RAM BT42B in the International Trophy. He also unsuccessfully tried to qualify a BT44B at Paul Ricard that season.

Without a drive for most of ’77 he ended the year back in F5000 but disappeared from racing thereafter. 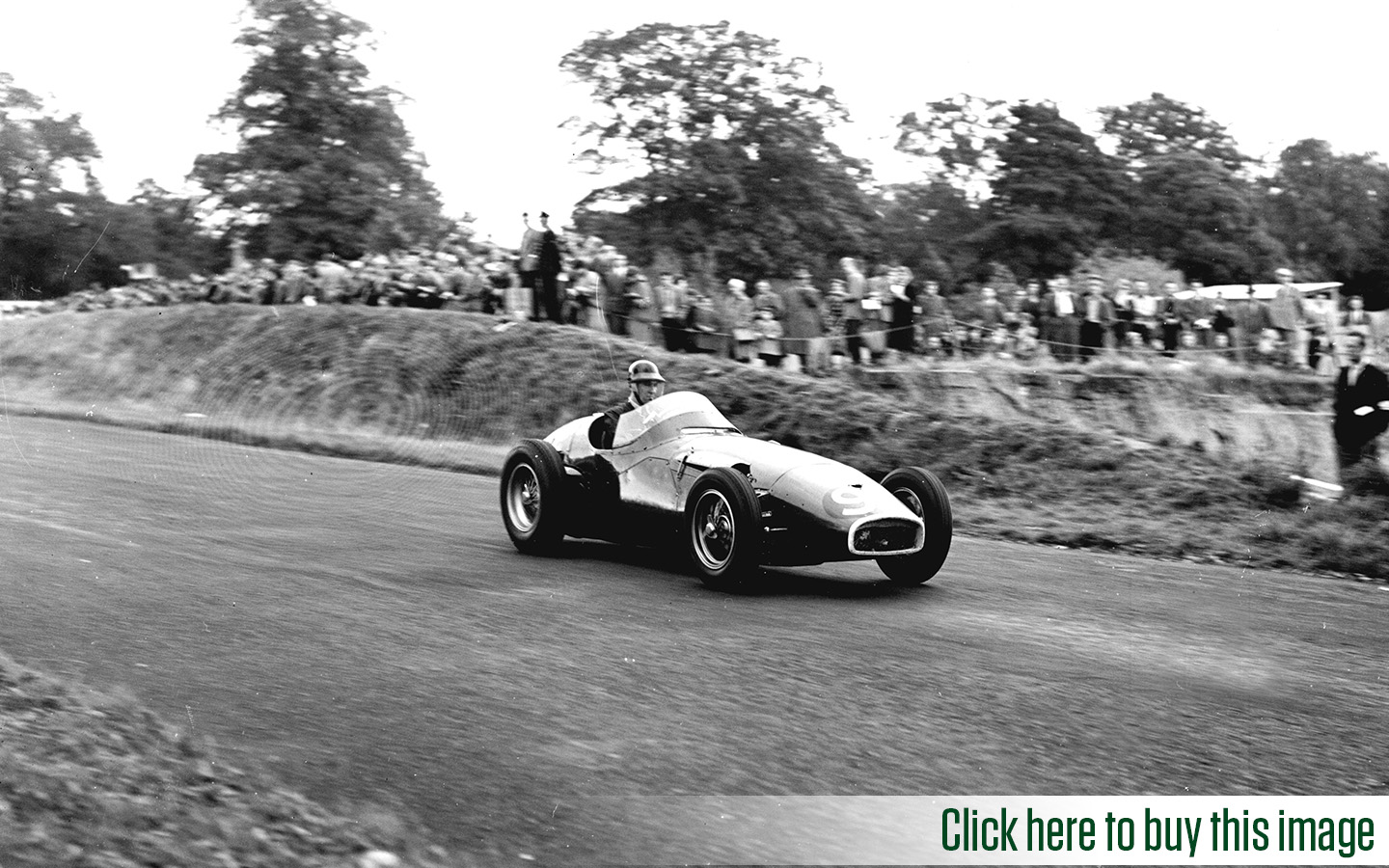 Look beyond Desmond’s one Grand Prix and you’ll find a promising career that was sadly unfulfilled.

He had sixth- and second-place finishes at Dundrod and Goodwood for Ecurie Ecosse, competed in the Monte Carlo rally and finished fourth for Mercedes in the ’55 Targa Florio, which led to a works Jaguar drive in ’56.

He finished third in his first F1 race at Oulton Park for Vanwall in ’55 and third for Connaught in the ’56 International Trophy. His official F1 entry came in that years’ British Grand Prix where he retired with engine failure.

Business pulled him away from racing meaning his tremendous talent was left unfulfilled and he passed away in 2002 at the age of 73. 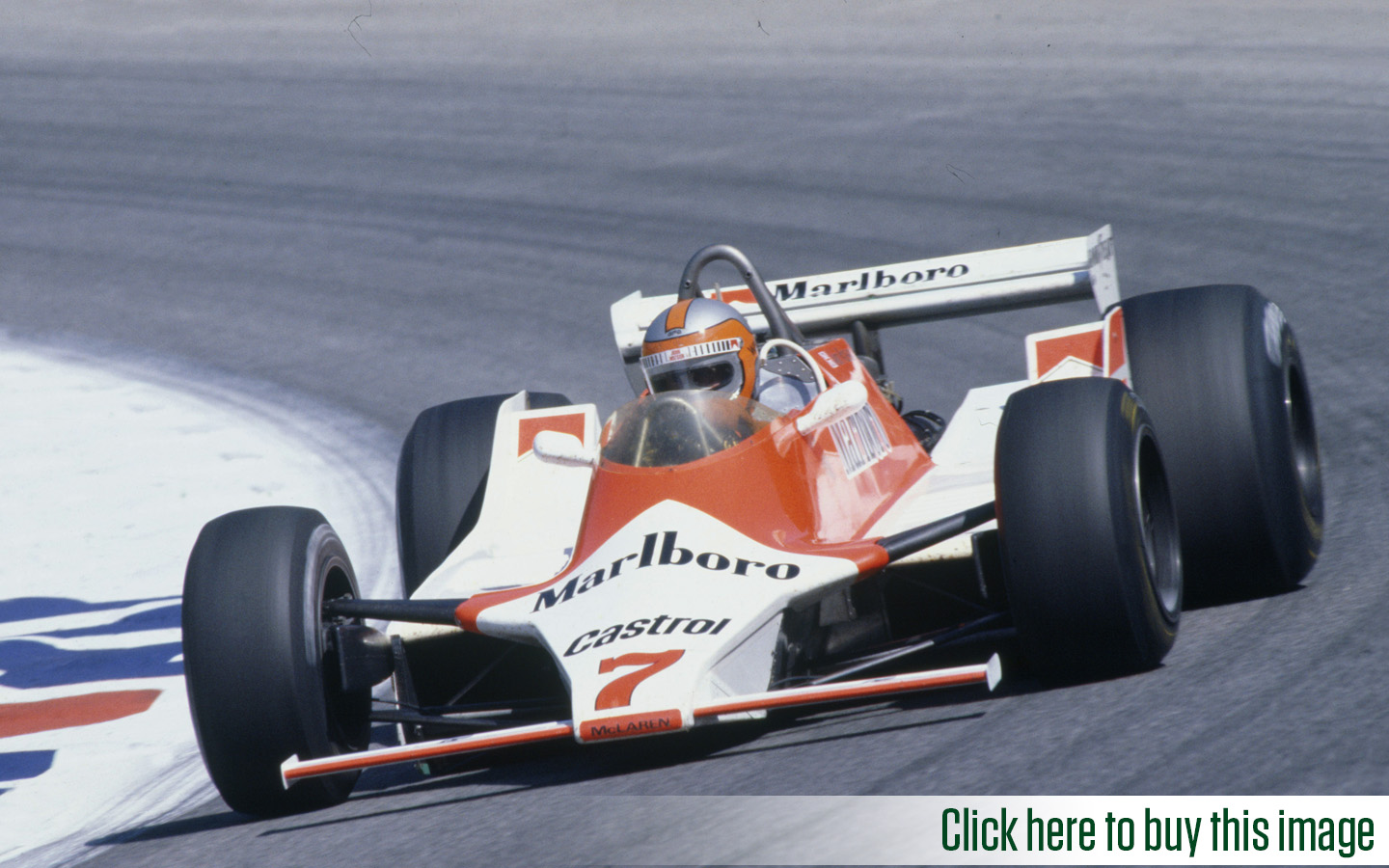 ‘Wattie’ surprised many in the early 1970s with dogged performances in less-than-stellar F2 cars and a sixth place in the non-championship Victory Race at Brands Hatch caught the eye of the right people. A broken leg in the ’73 Race of Champions could have curtailed his career, but his determination meant he was back at that years’ British GP.

A one-off race for Penske at Watkins Glen in ’75 earned him a drive for the team the following season, where he won both his and Penske’s first F1 race in Austria.

Despite an initial podium with McLaren in ’79 his time there looked to be on the wane but with the new MP4 in ’81 his form returned, and he scored four wins over the next three seasons, with a third-place championship finish in ’82.

Dropped for ’84 he made one final appearance at the ’85 European Grand Prix to close his time in F1.

He tested the Jordan F1 car in 1990 and forged a career as a commentator and pundit on F1 and most recently for the Blancpain GT series.