Sergio Perez capitalised upon a Ferrari error in the pit-stops to claim a maiden victory at the Monaco Grand Prix this weekend, in a race that served up drama of the highest order.

Rain started falling just 10 minutes before the race was scheduled to commence, but with immediate rivers and large puddles forming on the track, the grand prix ended up starting an hour later than planned and only saw 64 laps completed out of an intended 78, due to the two-hour time limit.

Therefore, with so much happening from start to finish, you can be forgiven for missing one or two storylines that took place on the weekend.

“This is favouritism” – Esteban Ocon hits out at penalty decision

The start of the race involved fierce jostling between Ocon and Lewis Hamilton for eighth position, as the Mercedes driver struggled to get past.

However, on lap 18 the two then came together at Sainte Devote when Ocon turned in on Hamilton, subsequently seeing the Alpine driver handed a five-second penalty.

He crossed the line in ninth but was demoted to a non-points finish, and Ocon lashed out pretty strongly against the decision in his post-race radio.

“They can’t take the result away like that,” he fumed. “This is favouritism. Crash into me or get the penalty, what is this – we can’t see in the mirrors here!” 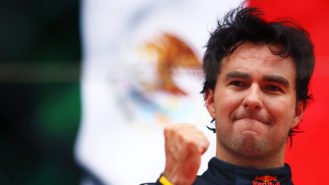 The Charles Leclerc Monaco curse continues, but the Monégasque at least finally has a finish to his name in his home race. After beautiful weather all weekend, rain had been…

Ocon then followed it up in his media interviews afterwards and disclosed what was said in his conversation with the stewards.

“Apparently we all agreed as GPDA (Grand Prix Drivers’ Association) that as soon as there is a front wing next to a tyre, there should be space. But I don’t remember when this has been agreed.” 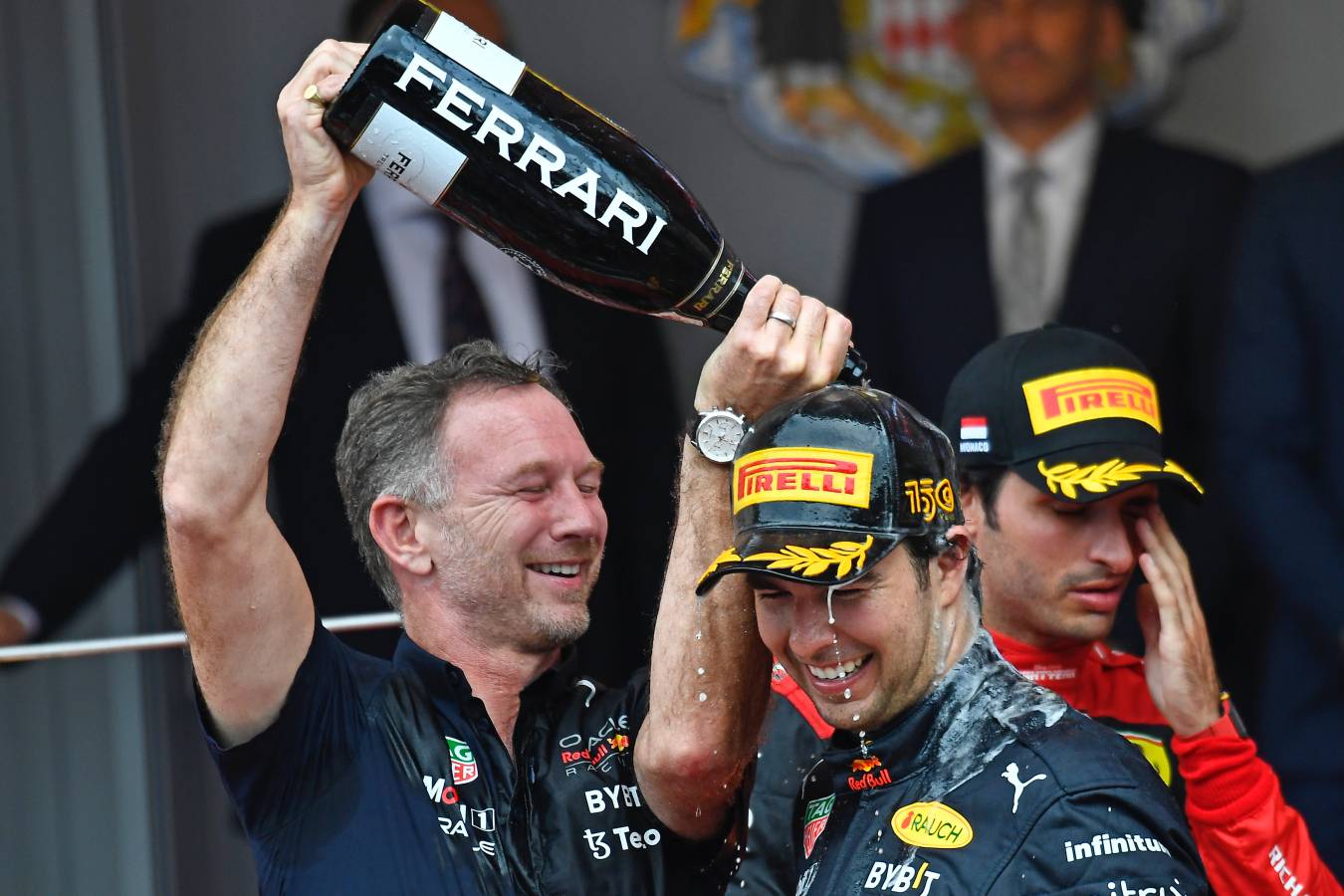 Perez followed up the team orders controversy of Barcelona, where he was asked to give the race lead to his team-mate Max Verstappen, with a victorious turnaround on the principality streets.

Perez shaded Verstappen in Monaco, the Mexican driver only narrowly missing out on pole to Charles Leclerc before claiming an excellent maiden victory in the principality.

His Red Bull seat for 2023 is not yet publicly announced, but did Perez give it away that he has already signed a new contract when talking to Christian Horner?

“I probably signed too early,” he was heard telling his team boss on the way up to the podium.

Something he was then asked about in the post-race driver press conference and Perez tried to remain coy on the situation.

“I meant about the bottle of champagne,” Perez said while laughing. “We’ll find out.” 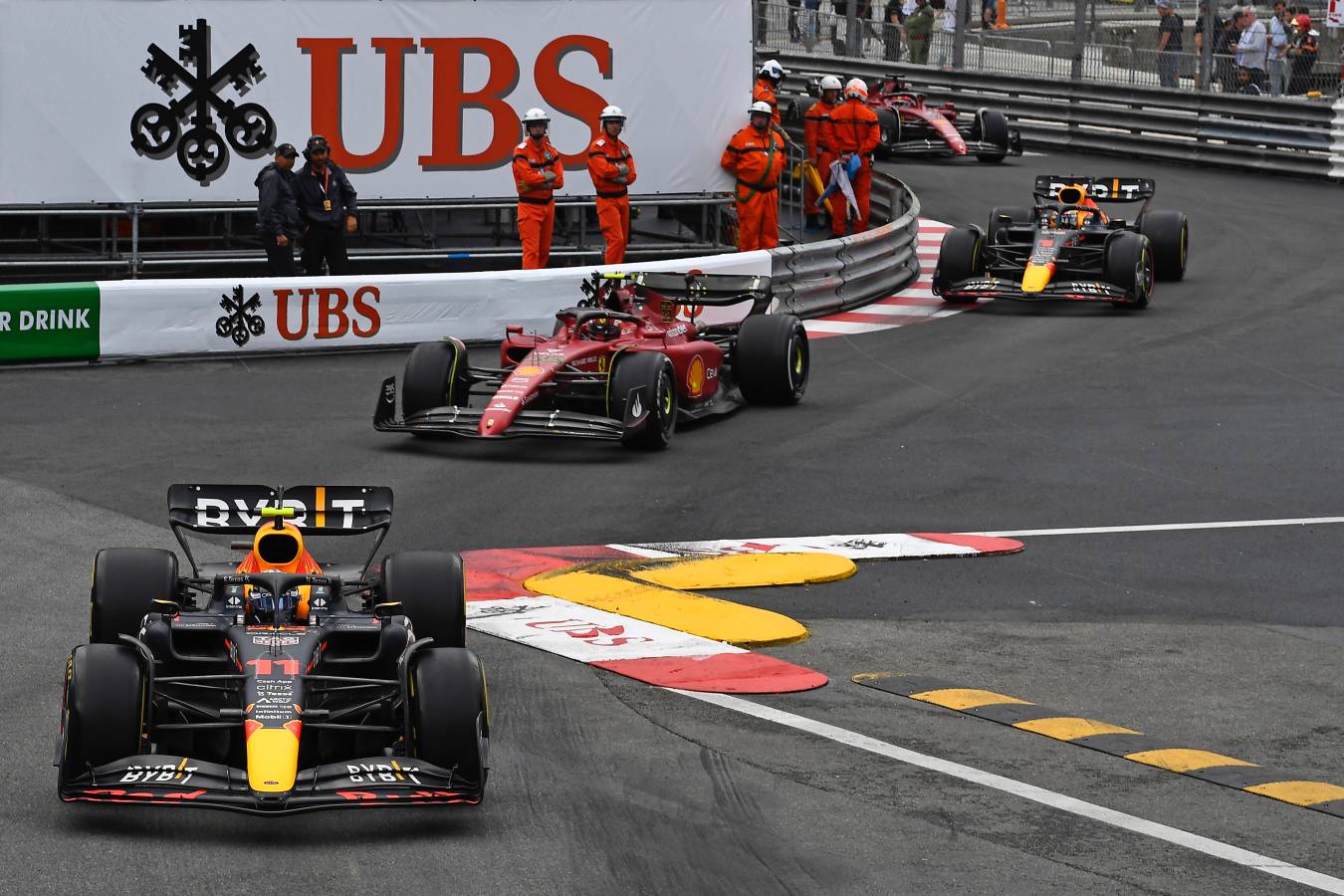 For a brief moment, there was a concern that the race victory may have been taken away from Perez because Ferrari protested against both Red Bull drivers.

Yesterday’s race winner was seen to touch the yellow line at the pit exit, while part of Verstappen’s tyre crossed it which Ferrari thought was against the sporting regulations.

Although the Scuderia did not really expect Red Bull to be penalised for it, Mattia Binotto said their protest was simply to try and understand the matter further.

“I think it was not close, he (Verstappen) was on the line,” the Ferrari team principal told Sky Sports F1.

“If you look at the international sporting code, it’s the wording. It says crossing, but then we had a clarification in 30.20.20 to avoid any discussions. And if you look at the race driver note, it’s indicated staying to the right.

“So being on the line is breaching the race director notes. And I think that each team has the duty and the task to follow the race directors now so for us, that’s something unclear (and), we are still seeking clarification to the FIA, and we’re happy to have it as soon as possible.”

However, four hours later the FIA released a statement acknowledging that there has been a rule change since 2021 and because on both occasions the tyre didn’t fully cross the line, Red Bull were cleared of any potential wrongdoing.

Leclerc was heard to be pretty furious with Albon after the Williams driver ignored a full lap of blue flags, which ordered him to let the Ferrari car past.

However, what Leclerc didn’t know at the time is the explanation from Albon as to why he decided to ignore the blue flags.

“We were on slicks and had a massive pace advantage,” Albon said. “It would take three corners to let him past and then I would have been straightaway quick enough to re-overtake him again.”

He added: “In my eyes, for both of us, it was quicker if I just stayed ahead.”

Kevin Magnussen was on for points before his retirement

The weekend could not have gone much worse for Haas with Mick Schumacher involved in a heavy crash, just five laps after Kevin Magnussen was forced to retire.

His car suffered a water leak, however, it came at a crucial moment in the race where, in 11th-position at the time, Magnussen was preparing to pass Valtteri Bottas, who eventually finished ninth, in the pit-stop.

“I really thought our pace in the race was good considering we were on a full wet on a dry line, I had been able to keep (Pierre) Gasly behind until our issue and I was closing on Bottas,” he said.

“It would have been really exciting around the pit stops to see what could have happened. It’s unfortunate with no points today even though I think we had the car to do it.”