First things first. I must begin this returning piece for the Motor Sport website – as in my column in the magazine – by offering grateful thanks to all those who sent me messages, cards and gifts during and after my time in hospital. I’m now feeling fine again, and please be assured that all your good wishes contributed greatly to my recovery.

In the course of convalescing, of course, I never lost touch with the goings-on in Formula 1, and a lot of them have been pretty unsavoury, as is always the case when vested interests take precedence over – ha! – the common good. I’ll admit that it became a struggle, in my post-anaesthetic state, to stay awake through the endless debate about forthcoming, totally unnecessary, new rules for 2017 and beyond. One change on the horizon really did get my attention: the question of canopies and/or halos on Grand Prix cars. 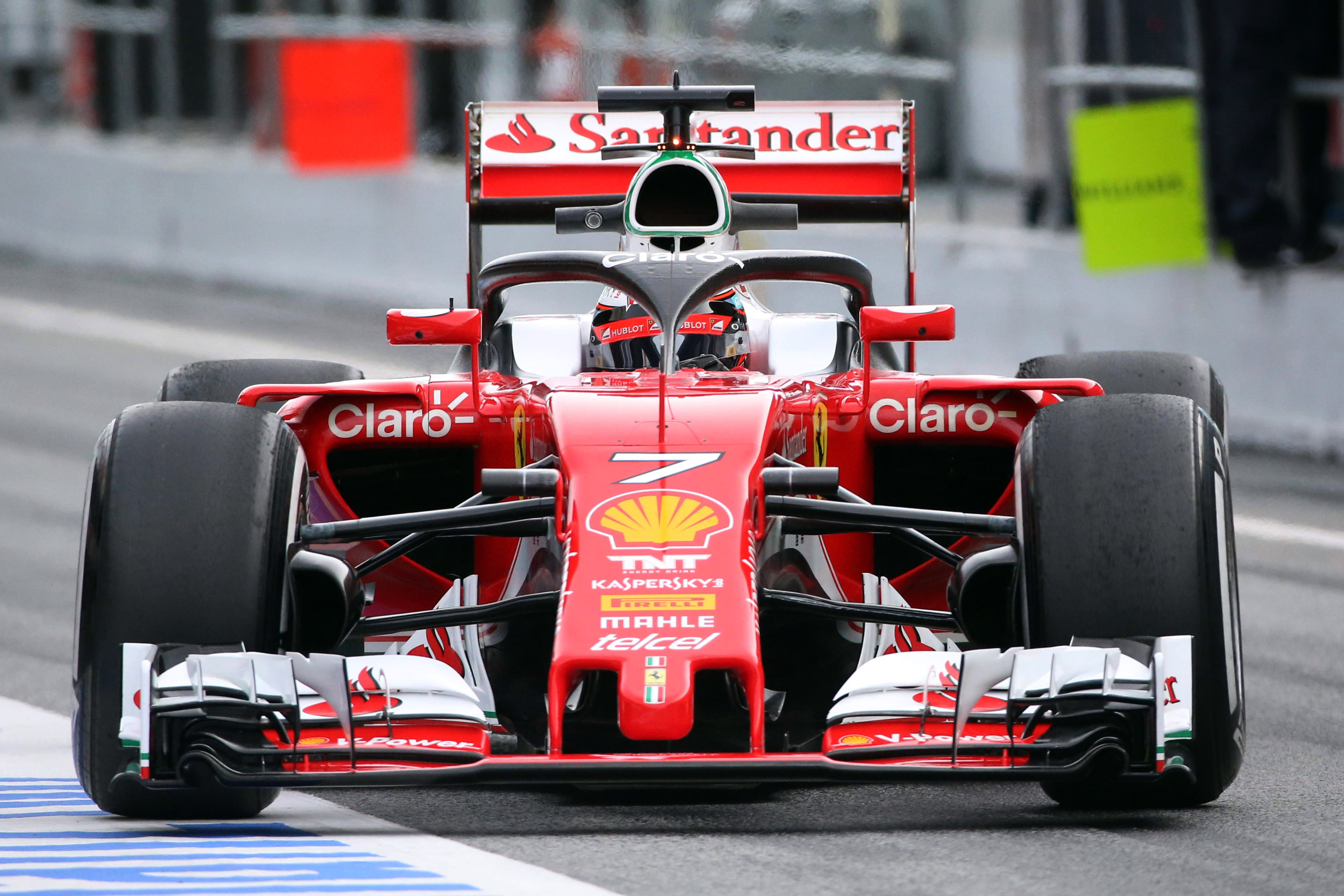 This period of motor racing – nearly half a century ago – was perhaps the most perilous our sport has known, and the season of 1968 was among the most tragic of all, characterised by what Chris Amon called “That awful seventh of the month thing…” In April Jim Clark had been killed at Hockenheim, in May Mike Spence at Indianapolis, and in June – as Bonnier and his fellows were at Spa – news came in of Ludovico Scarfiotti’s death at Rossfeld. In July it would be the turn of Jo Schlesser at Rouen, and only then did the dreadful symmetry of the season mercifully cease.

In recalling the mores of motor racing back in the day, the late Phil Hill told me that safety was never discussed. “It was something that you didn’t want to talk about too much, because if you did someone would start legislating, and then you wouldn’t have your precious racing any more. Even inside the sport, we never talked about it. There was already enough of that on the outside – people saying, ‘How can you do this? Your friends are dying, and yet still you do it…’ It was little different from wartime.

“In those days you had to have part of your brain sorting out where it was safe to mess around, and where it wasn’t. Some of the stuff that goes on today… I guess they do it because they know they can get away with it – that’s the only possible explanation. In my day it was unthinkable to touch another car, because of the potential consequences. I know it sounds corny, but those were the facts. Over the long term, you just couldn’t do it and get away with it. Guys who drove like that usually sorted themselves out pretty quickly…”

If, as Hill suggested, safety – save that of spectators – was never discussed, as much as anything it was because of a belief that motor racing never could be safe: by definition it had always been hazardous and always would be. I remember once looking with Moss at a photograph of a ‘Birdcage’ Maserati, its bodywork removed, exposing the myriad tiny tubes that made up its spaceframe. “When you first saw that,” I said, “didn’t you think, ‘Jeez, that looks dangerous’?” “No, boy,” Stirling laughed. “I thought, ‘Jeez, that looks light…” 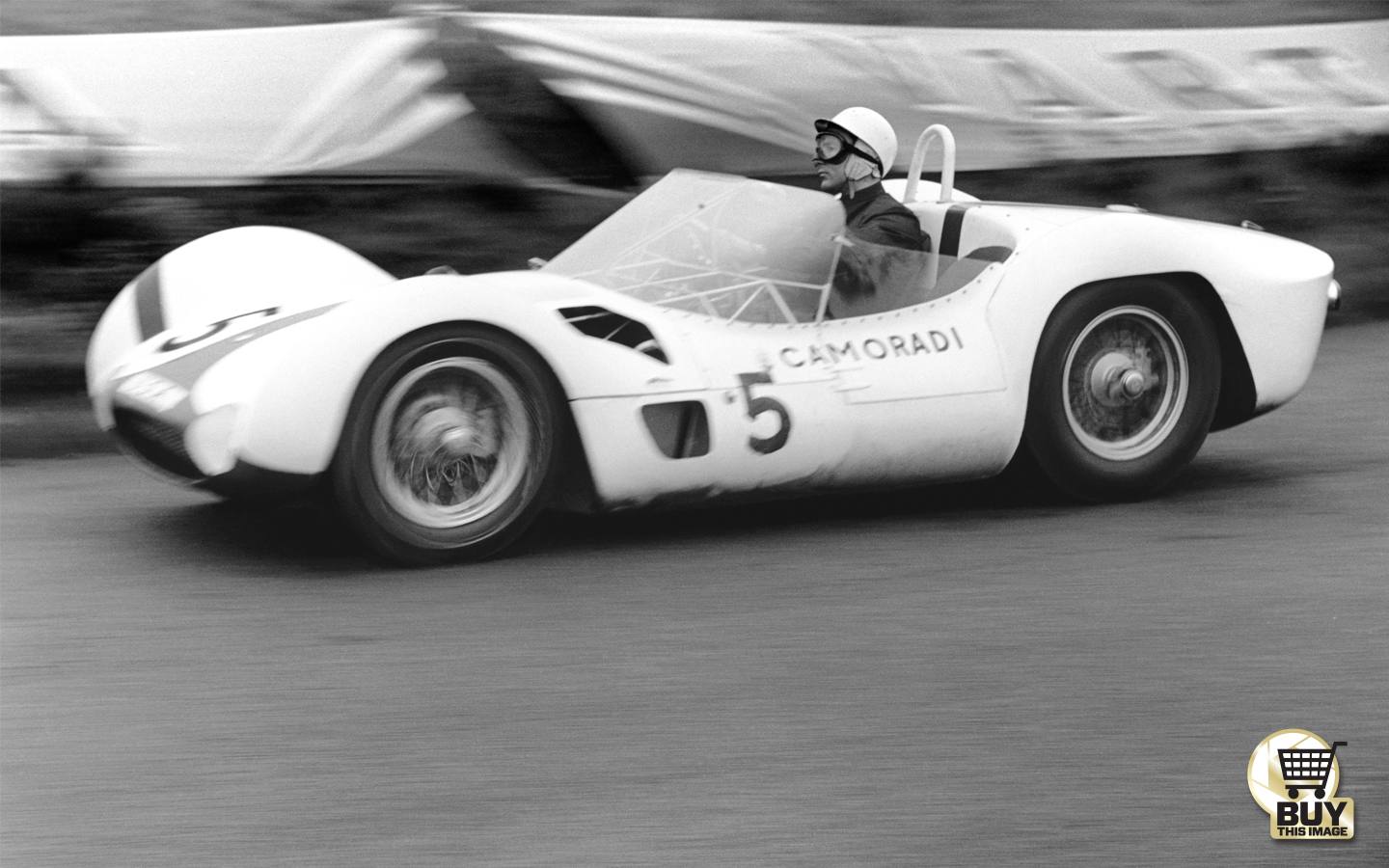 To this day Moss clings to the unfashionable belief that motor racing should be dangerous, and one of his great contemporaries, Tony Brooks – while less overt than Stirling – puts it this way: “Nobody will persuade me that there isn’t more of a challenge to the driver if he knows that he might hurt himself if he goes off…”

Those were the conditions accepted – even embraced – by drivers of that era, and it wasn’t until Jackie Stewart came along in the mid-1960s that improving safety became a topic of serious debate. It made JYS deeply unpopular in many quarters, not least with the sport’s governing body, but he stuck to his guns, and, as Amon has said, “We were killing so many drivers it couldn’t go on like that – anyone who’s raced in the last 50 years is in Jackie’s debt…”

What Stewart pioneered was a whole new thinking in motor racing, an insistence that cars and circuits could – and must – be made safer. Quite apart from anything else, he argued, a time would come when the world would not tolerate constant loss of life in an activity as outwardly frivolous as motor racing. Some of us may deprecate how much of a ‘risk averse’ society we have become, but in this there is no doubt that Jackie was right.

When Gilles Villeneuve was killed in 1982, the Fleet Street reaction was much as it had always been at such moments: it was very sad, but no more than occasionally inevitable in a sport that could never be safe. A dozen years on, though, when Ayrton Senna and Roland Ratzenberger died at Imola, the response was wholly different, as echoed by one tabloid headline: ‘These young men died giving us thrills’.

The movement begun by Stewart, carried on and developed by such as Professor Sid Watkins, has brought about staggering advances in safety both to circuits and cars, so that these days, even when we see accidents like Robert Kubica’s at Montreal in 2007, or Fernando Alonso’s at Melbourne just recently, our expectation is that the driver will escape serious injury.

Not even in the days of my youth, when racing was extraordinarily risky, did I ever subscribe to the once widespread suggestion that ‘people go to races to see drivers get killed’. Morons perhaps, but no one else. When I was 10 years old, spectating at Oulton Park, a driver was killed right in front of us, and if such occurrences were hardly uncommon in those days, it not surprisingly made a considerable impression on me. When I began work as a Formula 1 journalist in 1971 I attended two memorial services, for Pedro Rodriguez and Jo Siffert, and over time mourned the loss of many drivers, among them my good friend Gilles Villeneuve. As I remember them all, I rejoice that in 2016 all the safety improvements introduced down the years have made it possible for Fernando to walk away from an accident unsurvivable not so long ago. 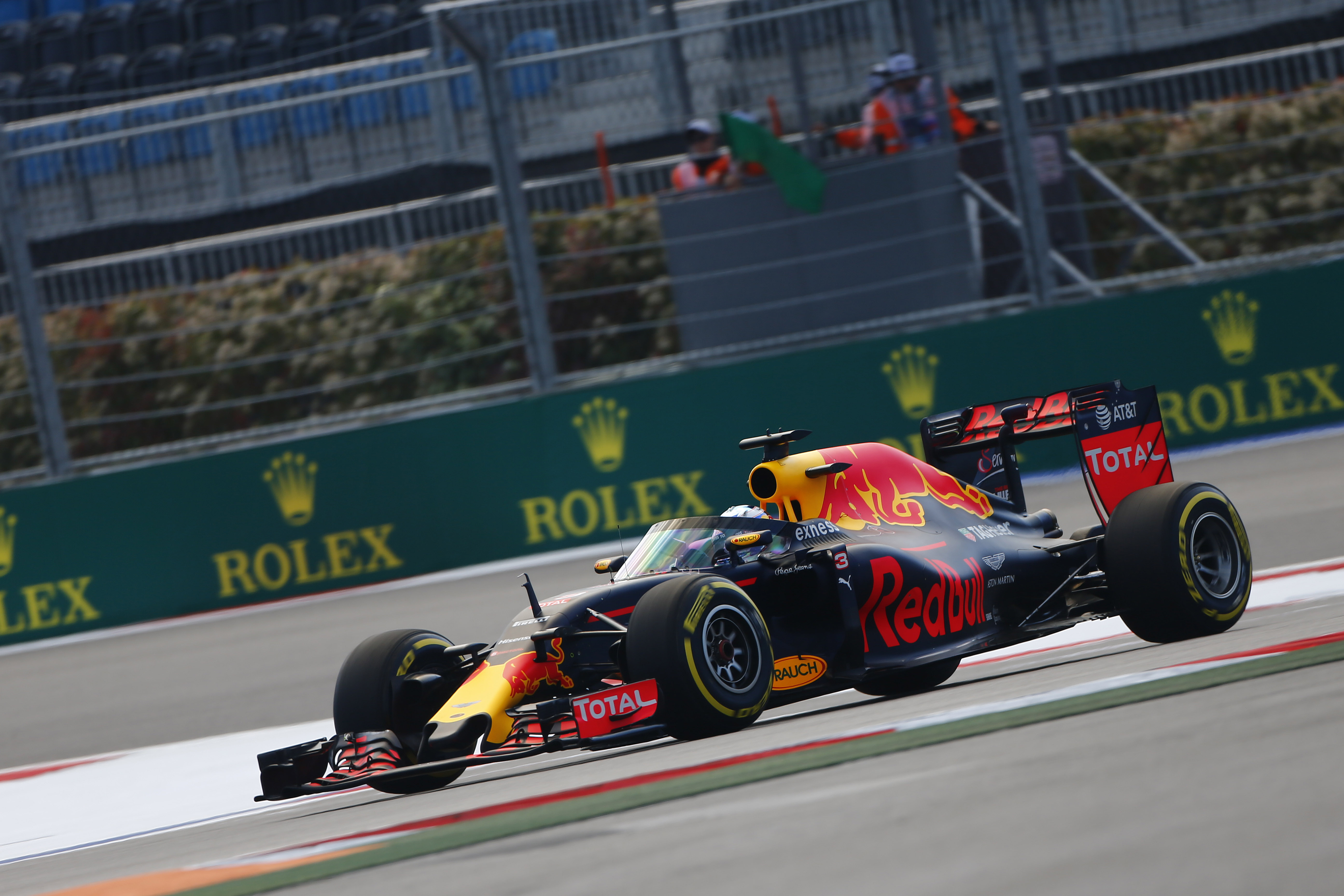 Why, then, do I find myself opposed to what many apparently consider almost the last piece in the safety puzzle? Why do I so dislike the ‘halo’, as that piece of unsightly scaffolding we saw on Räikkönen’s Ferrari is described, and the ‘canopy’, which appeared briefly on Ricciardo’s Red Bull, and was described by Lewis Hamilton – not inaccurately, I thought – as ‘looking like a riot shield’? It’s because I find the sight of them offensive, and while it is arguable that any Formula 1 car since the Lotus 79 could be described as beautiful, it’s important to me – and, I believe, countless fans across the world – that the ethos of a Grand Prix monoposto, the essential look of an ‘open cockpit’ car, is maintained.

As long ago as 1960 Alan Stacey died in an accident at Spa, after being hit in the face by a bird. I was at Clermont Ferrand in 1972 when a stone went through Helmut Marko’s then-flimsy visor, costing him the sight of an eye; at the Hungaroring in 2009 Felipe Massa was lucky to escape the same fate, and not long afterwards Henry Surtees died at Brands Hatch when struck by an errant wheel from another car. At Indianapolis last May I had lunch one day with Justin Wilson, a man I liked immensely, and his death at Pocono deeply saddened me. I need no lectures from anyone on the perils of this sport I love.

Someone to whom I was speaking recently suggested that the introduction of halos/canopies was similar to the compulsory use of the HANS device, no more than a logical step in racing safety, but I’m afraid I can’t see it that way. None but an idiot would take issue with the HANS, perhaps the most significant safety advance in a generation, but changing the fundamental appearance of a racing car is a different matter, as such as Hamilton, Nico Hulkenberg and – on the other side of the water – Juan Pablo Montoya have suggested.

“You must not change the DNA of Formula 1,” says Niki Lauda, another man avowedly opposed, and one who knows rather more than most about the risks of motor racing.

If some have suggested that a halo/canopy might well have hindered Alonso’s ability to free himself from his wrecked car in Australia, so others have contended that such a thing might have made a difference to the outcome of Jules Bianchi’s accident at Suzuka in 2014. This is nonsensical: what caused the severity of poor Bianchi’s head injuries was the massive deceleration he sustained. Far more than the introduction of halos/canopies I would like to see from the FIA some directive that – notwithstanding virtual safety cars – never again will a heavy tractor unit be allowed on the track side of the guardrail. Only the grace of God allowed Martin Brundle to miss a similar vehicle in 1994, in similar conditions, at the same corner of the same track, yet two decades on the same primitive practice was still in operation.

I’ll admit that my aversion to halos/canopies is cosmetic, but – in terms of motor racing’s essential appeal – I don’t believe it is at the same time flippant. These days everyone goes on about the sound – or lack of it – from the ‘hybrid’ generation of F1 cars, but the appearance of them is no less important. Already the top of a driver’s helmet is the only sight his fans have of him, and halos/canopies would rob them even of that.

I’m anything but a callous man, I hope, but for all I lament the loss of Stacey and Surtees and Wilson, I think we ruin the look of Grand Prix cars at the sport’s peril. Many will take issue with me, but I suspect that the late Ken Tyrrell, for one, would not. “Of course we have to focus on safety,” he said to me once, “but at the same time we have to be careful not to finish up with something no one wants to watch any more…”