From the 50 shades of McLaren to the dank Welsh forests, Joe Dunn casts his eyes over recent news 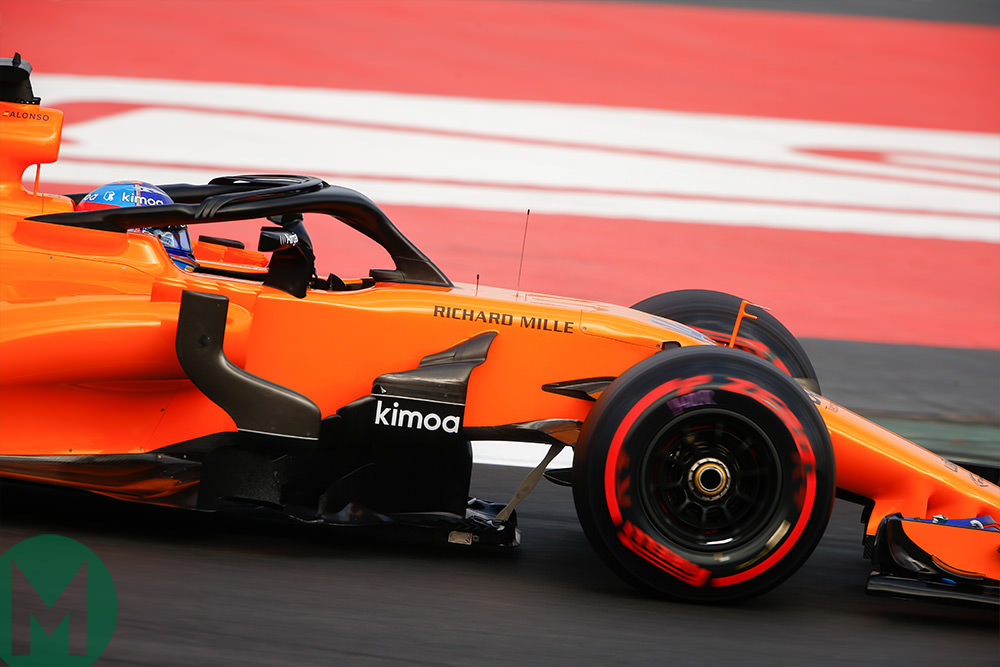 McLaren launched its 2018 Formula 1 car last week with a new paint scheme that mimics its famous papaya shade from the 1960s. Commentators cooed, but what’s the history of the edible fruit with Britain’s most hi-tech car firm? The colour was first used on McLaren’s F1 cars in 1968. Before that the company had used a variety of colour schemes: the team made its F1 debut at Monaco in 1966 in white with green stripe, the following year Bruce McLaren tried a red colour scheme for the Canada GP before pinching the idea of orange from rival Can-Am teams as a way of standing out from the crowd – especially on TV. It is the colour that has since been indelibly linked with the brand – perhaps thanks more to the M8A and M8B of the late 1960s than to any F1 association. In fact, from 1972 the livery was dropped in favour of a kaleidoscope of colours including white, red and white, yellow, silver, chrome, grey and black.

Last year in a heavily trailed move to reconnect with its past (and signal its split from Ron Dennis) McLaren resurrected the famous colour scheme. However, in what can now be seen as a harbinger of the 2017 season it got it wrong: the orange it came up with was more pumpkin than papaya – an embarrassing misfire that the team couldn’t blame Honda for. Perhaps this year’s more accurate rendering and the switch to Renault heralds a return to more successful times.

Zak Brown, executive director of McLaren, knows a thing or two about marketing and the value of a brands heritage (in a previous life he set up what was to become the world’s largest sports marketing agency) and he would surely have been impressed with Jaguar’s decision to mine its past with the launch of so-called continuity D-types.

For those who may have missed the announcement, these are period correct versions of the car that went on to win Le Mans in 1955, 1956, 1957 meticulously recreated and hand built using the original drawings and some of the original production techniques. Jaguar has previously raided its back catalogue with continuation models of the Lightweight E-type and XKSS.. Each D-type will cost “in excess of £1 million”. That might sound a lot but compared to the real thing it’s a snip: last year the D-type that won Le Mans in 1956 became the most expensive British car ever sold, when it was auctioned for £16.64m during Monterey Car Week in California.

The first of the continuity models was unveiled at Retromobile in Paris earlier this month. To my eyes it looked stunning in the flesh and it was certainly drawing crowds of admirers eager to bath in the warm nostalgia of it. But was there a hint of cynicism reflected in its expensively polished grey panels?

Related: How (not) to solve F1’s halo problem

One of the great joys and privileges of working for a magazine like Motor Sport is that people take your calls. Collecting thoughts about the upcoming season from world champions for a feature that will appear in the April issue of the magazine, we spoke to Mario Andretti, Damon Hill, Sir Jackie Stewart, Jody Scheckter and Alan Jones (what’s the collective noun for a group of world champions? A podium of champs? An ego? Answers in the comments). JYS was particularly articulate and mischievous on the phone from his home in Switzerland, arguing that Ferrari usually only did well when they had a British talisman like Allison, Brawn or Barnard to rally round, so he didn’t fancy their chances this year.

But what was interesting was that every one of them, when asked about hopes for the 2018 season said they wanted to see closer racing. Surely if such a feeling is so common among some of the wisest heads in our sport the authorities will find a way of making it so, won’t they?

One thing that hasn’t gained much attention amid the flurry of car unveils and acres of news print about the new halo, has been is just how heavy they are. Nick Trott, who braved the media scrum at the launch of the Mercedes W09 at Silverstone, cannily makes the following point though: “Accommodating the new halo device has forced the rulemakers into increasing the minimum weight by 6kg (to 734kg) to compensate, but the actual impact of the device including the mountings is thought to be as high as 14kg – much of which is placed high up, thus affecting the centre of gravity. When Hamilton won his first F1 World Championship, in 2008, the cars weighed 605kg…”

Bear in mind that today’s F1 engineers have at their disposal super-light materials that previous generations of car designers could only dream of, and it becomes clear that modern cars are literally the opposite of Colin Chapman’s famous dictum. The increase in weight due to safety equipment mirrors that of today’s road cars which have ballooned for the same reason. Far from F1 innovation trickling down to road cars it appears the flow is in the other direction: perhaps in future we will see single-seater air-bags.

And finally, to the forests of Wales… Readers may be aware that the current deal with the Welsh government that allows the British round of the World Rally Championship to take place in the principality, comes to end this year. The IMS, a subsidiary of the MSA, which organises the event is currently in discussions with the Welsh government about extending the deal and thereby securing its future. Anyone who has been to the Wales Rally GB over the past couple of years will wish them well: quite aside from the estimated £10m economic benefit that it brings to region, it has, under the stewardship of Ben Taylor, the managing director of the IMS, led to a renaissance in rallying in this country. A decision from Cardiff is expected shortly…