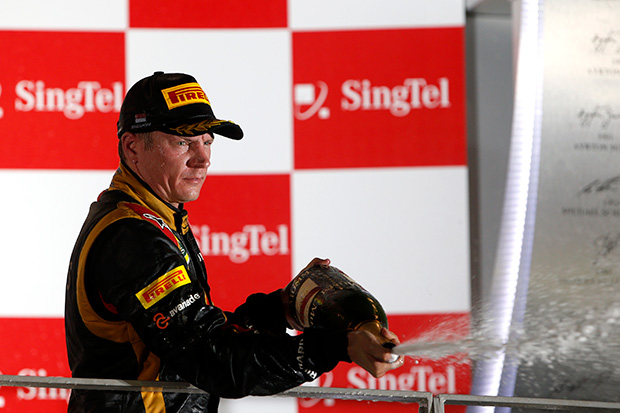 The fact that the Finn could even take part in qualifying on Saturday was being talked about by those in the know as amazing. Kimi isn’t one to complain unless he is in real trouble and between practice three and qualifying there was much activity by the various team doctors as they all worked together to try and ease some of his troubles. A pain killing injection was given and an hour later he was on track on the hottest and bumpiest circuit on the calendar.

Spin forward 24 hours: after starting 13th, 61 laps and over two hours later Rӓikkӧnen was standing, still in pain, on the podium.

It is this tenacity that teams love about Rӓikkӧnen. He is more steel than ice because eventually ice melts. Kimi is very tough and despite a perceived devil may care attitude, he absolutely wants to win and loves nothing more than defying the odds.

In the same way as Fernando Alonso, starting position on the grid isn’t too much of a problem for Kimi. Both 2014 Ferrari drivers seems to find their way onto the podium no matter how many cars start in front of them. While this is a fantastic skill to have, it would be better if Ferrari could sort out their Saturday pace and give Alonso, certainly this year, a fighting chance of getting close to Sebastian Vettel in turn one. 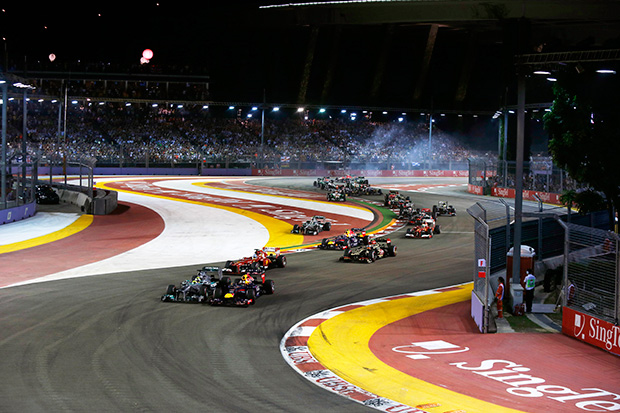 For the fifth time this season, Alonso was outqualified by his outgoing team-mate Felipe Massa. Next season Rӓikkӧnen will be pushing the Spaniard like no other team-mate has before. While both drivers claim they are older, wiser and can better deal with issues when asked about possible fireworks at Ferrari next year, it will be interesting to see what happens when one tries to assert himself over the other. In Massa they had a talented but compliant driver; in eight weeks’ time that will be over.

As the rumour mill went into overdrive by Friday night there were reports of Alonso going to McLaren. Then Massa would stay at Ferrari to be Rӓikkӧnen’s team-mate. There was also Massa to Lotus, Force India and Williams! Everyone had a different version of events and in the floodlit paddock discussions and debates rumbled on well into the early morning before being taken on to bars and roadside food courts as the F1 world desperately tried to stay awake until 6.00am.

Staying on European time is an odd novelty of the Singapore Grand Prix but even so, there do seem to be 27 hours in a day there. You get up around 1.00pm, head to the circuit at three-ish, having just eaten breakfast. Eventually, after work and interviews well after midnight, you all head off about 2.00am and stay away until 5.00 or 6.00. There’s no jet lag and generally everyone seems to enjoy it. 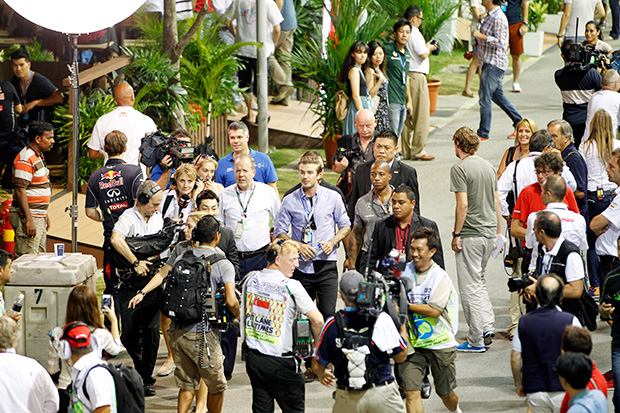 You at home may disagree, and a lot of you were not too pleased by a ‘processional’ race on Sunday. There were certainly times when it would have been good to have some excitement on track but when you know a strategy is going to play out right until the last lap I think the anticipation outweighs the boredom.

Normally we head to Japan next but in a change to the calendar for this year, South Korea is our next destination. Out of the three previous events, Vettel has won the last two whilst Alonso claimed the first victory at the Yeongam circuit. It would seem naive to bet against Vettel to score his third consecutive win at the venue and fourth in a row this season. While the championship seems to be a done deal, there are plenty of points to be proven by drivers and jobs up for grabs up and down the grid. The title might be written but there are definitely still a few tales in the book to be told.