For more information about the investigation into the green/yellow flag incident, please check back later this morning.

Usually I finish my blogging process knee-deep in reference works and/or up to my elbows in screwed-up statistical scrawls.

Not this time. This one is subjective to the max. Nary a glance at the final points standings and not so much as a reminding peek at the list of 2012 winners, never mind a dissection of lap times, miles led and who was on what tyres when.

Rather I have let a long, frantic and complex season wash over me before wringing the following Top 10 from it: 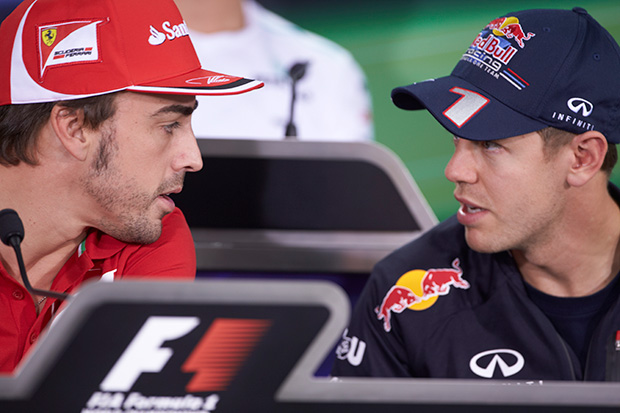 His ability to coax the last drop of juice from a Ferrari that was more of a lemon than a peach marks the Spaniard with the ‘Dolmio’ eyebrows as the category’s most complete performer. His cavernous spare capacity allows him to keep track of all those around him and grab any opportunity that comes his way. He’s not perfect, of course: he cannot deflect all the blame for his team’s inability to keep developmental pace with Red Bull  – all it did was make the car easier for Felipe Massa to drive – and for the second time in three years his strategic radar went on the blink at the crux. Brazil was a race that realistically he had to win if he wanted to become a three-time world champion and thus an early gamble to stick with slicks was surely the call to have made. Erk! Tyres. Time to move on…

In the manner that Alonso’s inferior equipment has allowed his talent to shine, so this young German’s hot line to Adrian Newey has clouded his. There can, however, be no doubt now that he is the Herr McCoy. In 2010, he snuck up on the rail. In 2011, he disappeared into the distance. And in 2012, he did a bit of both: patient when the Red Bull was pawing the ground and soaringly assured when it earned its wings. The onboard evidence of his calmness as he rolled backwards down the hill at Interlagos, the oncoming pack slithering scarily either side, bore witness, in a weird way, to a talent who has every base covered. Christian Horner’s twitchy foot went haywire, but suddenly I knew his charge would be crowned. (Easy to say when all you have invested is a love of the sport.) Vettel’s next 20 or so laps – car holed just above its aerodynamic water line, conditions changeable, rivals in a school’s out mood – promoted him from the rank of extremely, absolutely, jolly bloody good to genuine great.

The mood lifted once he had made his decision, one party starkly aware of what he was giving up, the other of what it was about to lose, but both dealing with it and benefiting from the process. The joie de vivre of that startling 2007 rookie season was not recaptured – how could it be? – but finally the Brit’s evolution and experience overcompensated for its absence and tipped his balance deep into the positive: the fastest man in Formula 1 – so the number-crunchers tell us – has never driven better than he did this season. That this still wasn’t enough was due to the failings of the team; Hamilton more than kept his part of the bargain. His move to Mercedes-Benz will prove whether he is ready to lead with his head as well as with the seat of his pants. That he was unable to prevent smoothie Jenson Button from getting under his skin and into the team’s veins shows that he does not yet wield the armoury of the current Alonso. 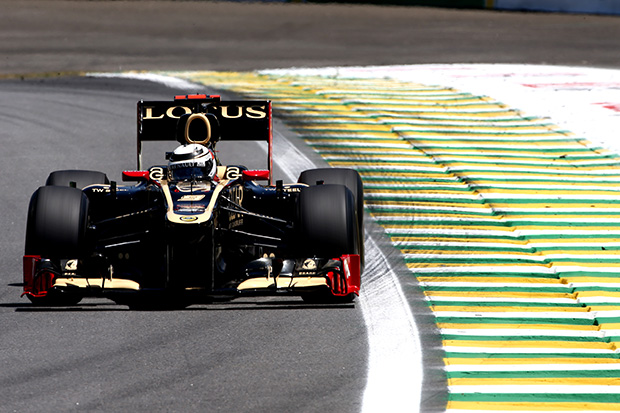 I was a naysayer – well, my middle name is Thomas – a disbeliever. This comeback was surely doomed. Lotus would not come up to snuff and the taciturn Finn, hardly the most patient of men, would leave in a huff sometime before mid-season. Instead he was unwaveringly terrific, as buoyant as his downbeat demeanour allows, in a car that almost broke through to make it a Top Four. Both man and machine fell short – Kimi displayed some ring-rust and hesitancy when wheel-to-wheel – but only by whiskers. Free to do his own thing, Räikkönen stripped the process to its bare essentials to remind us that being a modern racing driver has become much too frilly. He can go a monosyllable too far the other way for my tastes, but hats – and silly baseball caps – off to him for the most stylised and focused return since Niki Lauda’s of 30 years ago.

Cor, he can make it look so easy: his wins at Melbourne and Interlagos book-ended a Spa that oozed imperial progress; there are days when he can look more untouchable than even Vettel. Yet equally it can all drain frustratingly away to leave him with only a bemused smile, a shrug and a few quips, plus a mid-grid slot and a short shrift of points. Giving him a shake would be counterproductive – he’s too set in his set-up ways, knows too well his own mind – but occasionally I have the urge. There can be no excuses in 2013 when presumably McLaren will base its design around his needs, but still I expect his adaptable new team-mate to occasionally barge him aside.

It went to pot once his near future with McLaren was assured, and there were rather too many stand-aside lunges and petulant, pointless hand gestures. Sorry, Sergio, but not everybody knows who you are – yet. Luckily, he had already proved his point: it sounds woolly, I know, but there is something about him. That ability to meter his tyres, to hound the best of the best in the trickiest of conditions – he’s different. McLaren had its pick and it too was wooed by the cocky Mexican’s potential and the buzz that that brings. It’s good to know there might be some data to confirm my gut instinct. Or has the silver-grey team from Las Woking gone wild and wacky and taken a punt? Pérez is that sort of (well-funded) driver.

Most like: it’s too easy to say Pedro Rodríguez, but I’ve said it nevertheless 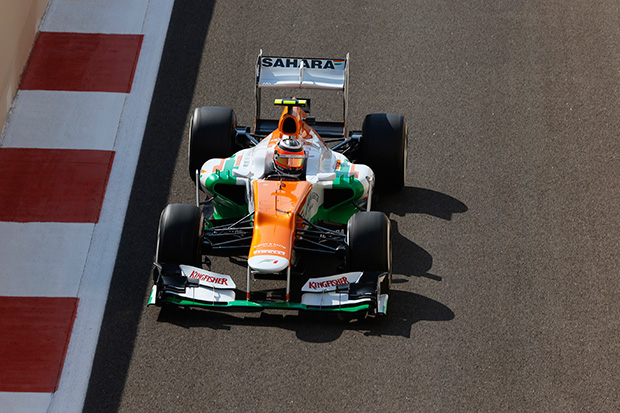 The sensible choice might also have been a wise one for McLaren, for although the German has been going about his impressive business unobtrusively, anyone who saw him tame and aim a wayward A1GP car will be aware of the balance and speed that provides the foundation of a career that many expect shortly to include a spell at Ferrari. He’s not showy, but he’s steely. He could have settled for second at Interlagos to top off a season that saw him wrest control of Force India from the incumbent Paul di Resta, but instead he went for bust, albeit in a calculated way that should have earned him praise and respect but instead resulted in his taking a ludicrous drive-through penalty.

Having sat motionless at my keyboard for 20 minutes musing this one, I have decided to simply let it ride bar assuring you that, no, his selection was not made merely for controversial effect and, yes, I have turned a blind eye to his blind spots.

His pole laps are picture-postcard models of the ideal culled straight from the coaching manual. I could happily watch them, billing and cooing, for hours. But when a Newey design demands something counterintuitive from its driver, Aussie Grit remains stuck in a groove that is beautiful rather than bountiful. His dealings with the pack also lack variety and wisdom and he can look like an overwhelmed rookie on occasion. Of course, he is undoubtedly number two at Red Bull, but that’s only right and proper; witness his re-signing. His time was ripe for a Hamilton-like move, a cold, invigorating plunge to locate the missing piece, but, too grounded to suffer a mid-life crisis, he ducked it. Because of that I’m predicting that he will never find it. 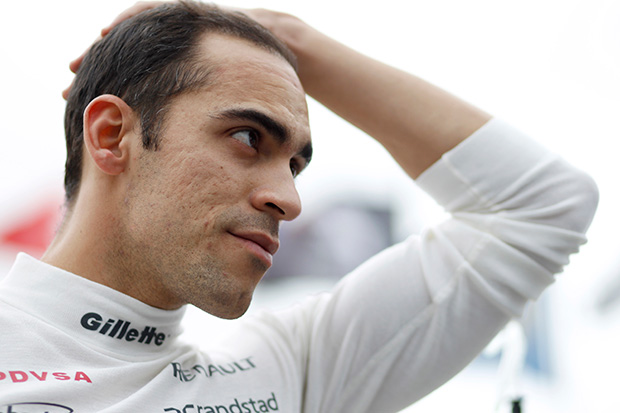 Yes, points mean funding, but I like to think that the racers at Williams would swap any number of what-if fifth places for that unexpected victory at Barcelona. I would. Sense and strategy can be dialled in and learned by rote in a way that raw speed cannot. And the Venezuelan is unquestionably a raw nerve of a racing driver: all twitch and reflex or, as Frank Gardner might have put it, balls and eyesight. Those are no bad things. Yet.

Most like: Vittorio Brambilla, with the potential to become the next René Arnoux