Everyone is familiar with the excellent record Roger Penske’s racing team has accumulated over almost 50 years. Since Roger founded his team in 1966 what is now known as Team Penske has amassed a tally of 15 Indy 500 wins, 13 Indycar championships and 173 race wins, plus another 13 American racing championships from Can-Am to NASCAR with a grand total of more than 400 wins and 450 poles. 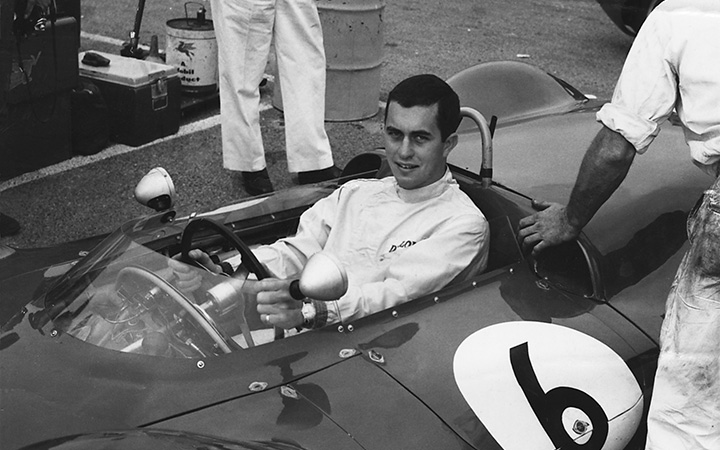 But few people appreciate how accomplished Penske was as a driver in the seven years he raced from 1958-64, before starting his team and establishing himself as one of the world’s leading independent businessmen. Roger started 155 races during that time and won no fewer than 53, more than a third of them. He also finished in the top five in another 60 races, surely as good a record as any of the greatest drivers. 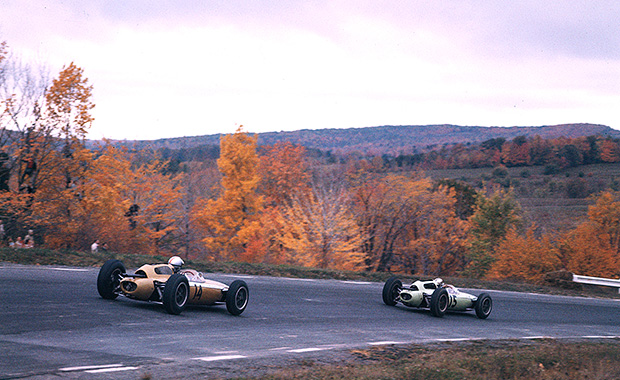 In 2008 I wrote a story for Motor Sport about Roger’s driving days that provides plenty of conversation about those years from Roger and his mechanic Karl Kainhofer. But to refresh everyone’s memories allow me to briefly itemize Penske’s career behind the wheel.

He made his racing debut in 1958 driving his own brand new fuel-injected Corvette. At the time he was a student at Lehigh University but soon dropped out of college to work as a salesman for Alcoa Aluminum. Roger raced his Corvette six times, winning three races, before buying a Porsche RS which he raced three times at the end of the year.

In 1959 he got serious, running 21 races and winning 10 of them. In the middle of the year he traded up to an RSK Porsche and co-drove Harry Blanchard’s similar car with Blanchard to win the Road America 500 and a six-hour race at Harewood in Canada.

The following year Roger started 30 races and won 12, including a sweep of four races on Daytona’s road course in June. Early in the year he traded up again to a Porsche RS60 and then at the end of the year to an RS61, winning aboard the new car at Nassau in December. 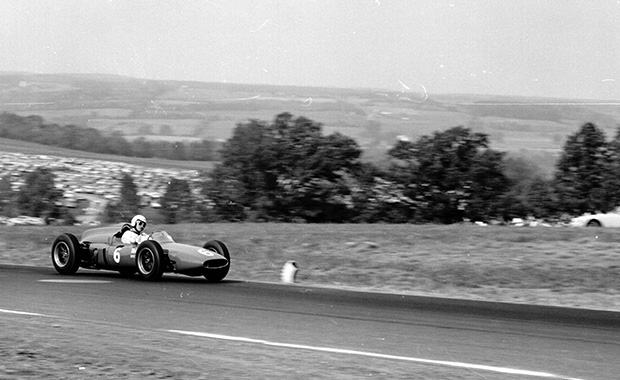 In 1961 Penske raced first the RS61, then a Birdcage Maserati T61 and finally a Cooper Monaco. He won five races in the Birdcage and won again at Nassau at season’s end aboard the Cooper sports racer. He also drove a Lotus Formula Junior car in half a dozen races and made his Formula 1 debut in the United States GP at Watkins Glen driving a rented Cooper. He finished eighth.

The next season Roger started 29 races, won nine of them and finished second in five other races. He drove a rented Lotus 24 to finish ninth at the US GP before debuting and winning aboard his rule-bending Zerex Special at Riverside in October.

Roger was one of the first American road racers to sell sponsorship but whenever he showed up with a small decal on his car the SCCA – mavens of amateurism that they professed to be – insisted that he take it off or cover the offending brand name. With the Zerex Special he solved the problem by giving the car his sponsor’s name.

Built by Roy Gayne in a little shop in Pennsylvania, the Zerex Special was based on a wrecked Cooper F1 car. The car was powered by a 2.6-litre Climax engine built originally for Jack Brabham’s F1 Cooper-based Indycar that Brabham raced in the 1961 Indy 500. The Zerex also featured a centrally located seat, raising the ire of Penske’s competitors who claimed Roger’s first ‘unfair advantage’ contravened the rules. 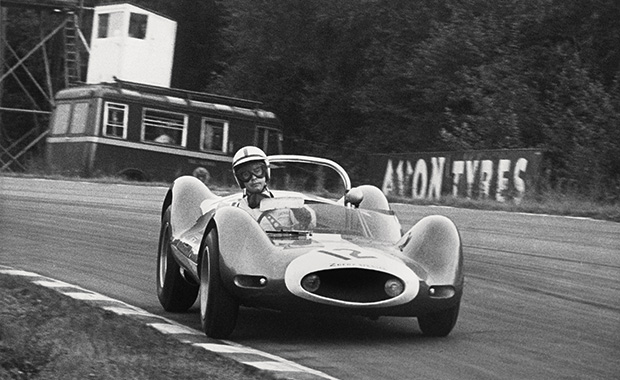 Penske was thus forced to make the Zerex into a two-seater for 1963 but he continued to win with the car. He ran seven races with the Zerex that year and won three times, including the Guards Trophy race at Brands Hatch in August. Roger also drove John Mecom’s Ferrari 250GTO at Daytona, Sebring and Le Mans, and made his stock car debut driving a Pontiac for Ray Nichels in two races. He won the second and last stock car race of his career, a 250-mile NASCAR race at Riverside in May.

At the end of ’63 Penske drove Mecom’s Cooper-Chevrolet sports racer at Laguna Seca and Nassau. He won in Nassau where he also raced one of the new Corvette Grand Sports. In 1964 Penske started only 16 races, scoring half a dozen wins. He started the year co-driving a Corvette Grand Sport with Jim Hall at Sebring, finishing 18th, then took Mecom’s Cooper-Chevy to second at Pensacola.

For the rest of his last year in the cockpit Roger focused his efforts on driving Hall’s new Chaparral 2 in the United States Road Racing Championship. He won two times and finished second in four of nine races he started aboard the Chaparral before sweeping the end of season races at Nassau. He also drove a Corvette Grand Sport to win Nassau’s two GT races, thus scoring a clean sweep of all four Bahamian races.

“That’s when I decided it was the end,” Penske says. “I won all the races at Nassau with the Chaparral and the lightweight Corvette. I won all those races against all the best road racers of the time and I said OK, I’m going to quit racing and become a businessman full-time.” 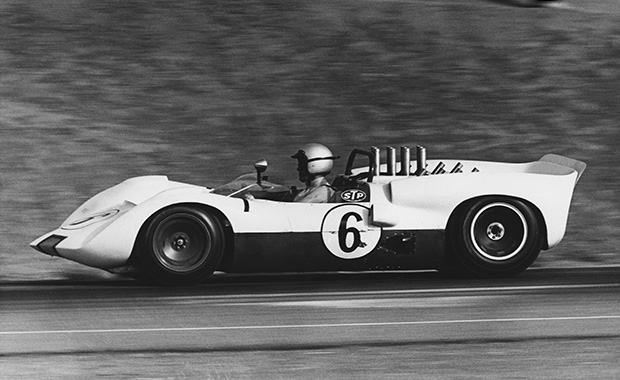 Earlier in 1964 Roger was offered a test drive by Clint Brawner in one of Al Dean’s USAC Indycars but he turned down the opportunity in order to retire from driving and begin his career as a car dealer, entrepreneur and team owner. The Dean/Brawner ride was taken up instead by a hotshot young midget and sprint car driver from Pennsylvania named Mario Andretti who rapidly shot to worldwide prominence.

“Jim McGee and Clint Brawner asked me to take a test at Indy,” Penske remarks. ”But because I had a job I couldn’t get the time off and Andretti took his rookie test in that car. He became the driver and I went the other way. I had an opportunity to go into business and I took it.”

In 1965 Penske opened his first Chevrolet dealership in Philadelphia and the following year he formed Penske Racing. He chose Mark Donohue to lead his new team and Donohue won the USRRC title in 1967 and ’68, winning six of seven races in ’67 aboard a Lola T70 MkIII and taking five of nine races the following year driving a McLaren M6A. He also won the Trans-Am championship in ’68 scoring nine wins from 15 starts aboard a Chevy Camaro and took the title again the next year winning six of a dozen races. Two years later Donohue won his third Trans-Am championship winning seven of 10 races with an AMC Javelin and in 1972 Donohue scored Penske’s first of 15 Indy 500 wins.

Penske went on to build a company which today employs 40,000 people and generates $17 billion annual revenues while his NASCAR and IndyCar teams have become some of the most successful in American racing history, all of it built on the relentless drive for success Roger showed more than 50 years ago as a young racer in his 20s.