Everything changes but nothing changes. That’s always been the way with Grand Prix racing and it probably always will be.

Granted, the rules never stay the same for long, the drivers come and go, and we find ourselves racing in the desert at night – but always there is politics, vested interests, and today the sport appears to be sleepwalking towards yet another crisis.

I am reminded of this by the latest Track Torque radio programme from our Motor Sport audio archive. We go back in time to the summer of 1980, to Brands Hatch for the British Grand Prix on July 13th. If you remember, Ligier had a very good car that year, as did Williams and towards the end of the year the Brabham BT49 was flying too, in the hands of Nelson Piquet. It was an enthralling season; Alan Jones taking the title for Williams, with Piquet climbing to runner-up as the Ligiers began to fade.

So to Brands in July where the Ligiers locked out the front row, Pironi on pole with Laffite alongside him and the Williams of Jones and Reutemann filling the second row. Sadly, much of the excitement dissipated when both Ligiers retired with punctures caused by cracked wheel rims. Jones went on to win comfortably from Piquet and Reutemann, these three the only ones to finish on the lead lap. That weekend saw AJ’s third victory of the season in the Cosworth-powered FW07B, its solid engineering and reliability helping him to the 1980 World Championship. 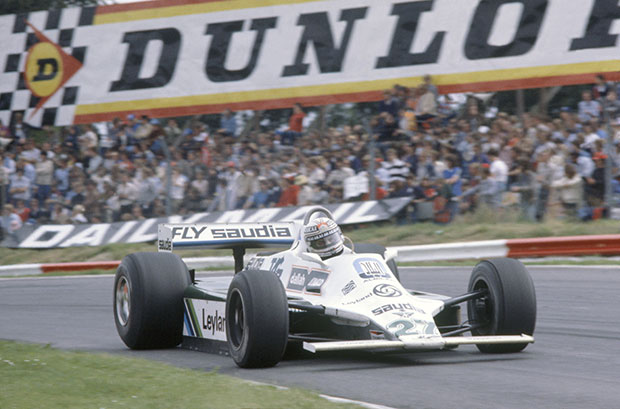 This rather silly complication was nothing, however, compared to the politics in the paddock as FISA and FOCA continued to fight over who actually controlled the sport. Nothing changes. As I write we are three races into the 2016 season and the politics, the bickering and the vested interests are threatening to bring disrepute, and chaos, upon Grand Prix racing.

We start this edition of Track Torque in the paddock at Brands, not with news of the race itself, but with Mr Ecclestone talking to my Producer Mike Lawrence about FISA and FOCA. Mike does his best to get Mr E to clarify the on-going feud but, as ever, the man who “modernised” the sport into the F1 we know today dodges the bullets.

It’s not all political games, however, as Bernie also talks about a deal he has done to bring new turbocharged BMW engines to power his Brabhams – an altogether more exciting subject and the beginning of a hugely successful partnership for Brabham. 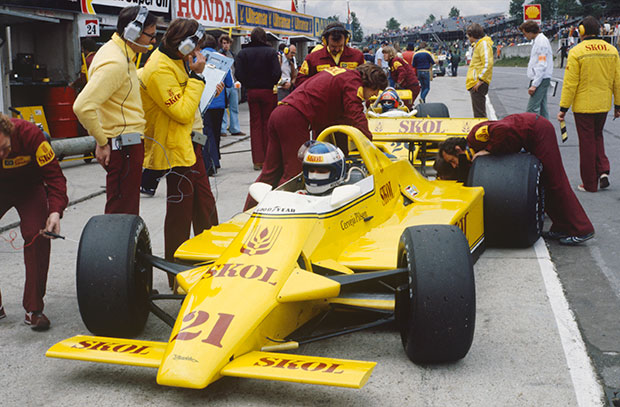 You will also hear from those who came to race their cars that weekend, rather than talk politics in shuttered motor homes. Among those we captured on our tape recorders is another politician… Max Mosley, but the rest are racers including Frank Williams, Alan Jones, Nelson Piquet, John Watson, David Kennedy and Desiré Wilson, the only woman ever to win a Formula 1 race, though she failed to qualify at Brands Hatch.

Back to the future we go then, and I hope you enjoy another journey into the archives. There’s plenty more to come, as the months go by, and we revive the first ever radio show devoted entirely to the business, sorry – the sport, we all love to watch.