The already much-missed Peter Gethin scored a singleton Grand Prix victory. But what a win it was.

On the final lap of the 1971 Italian GP at Monza, in only his second start for BRM, he overtook three cars to take a lead that he tenaciously clung to as they flashed, as one, across the line. His hundredth’s margin is the narrowest on record. His average speed remained the fastest for 32 years. 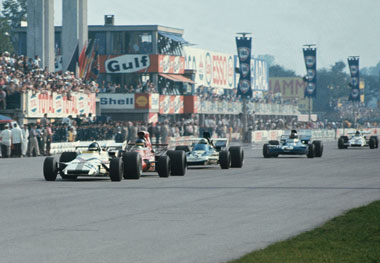 One-offs are intriguing because of their solitariness alone. Each represents the day of days when a driver fulfilled a long-held dream. Right place, right time, (sometimes) right car – when it just sorta clicked.

But there is a mysticism about them too that reaches beyond the individual to grasp the sport’s fabric. It’s rare for them not to carry significance beyond the obvious. Sure, you can always unearth a nugget if you dig deeply enough – but these World Championship facts were revealed by blowing off the dust. 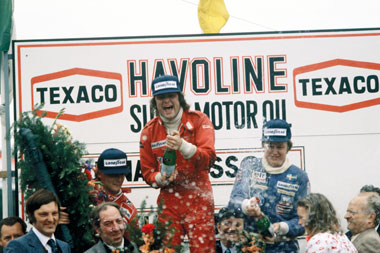 Boy, when destiny kicks in, it really gives it a hoof.

The ‘singular’ men missing from the list – excluding all the Indianapolis 500 winners bar Bill Vukovich from 1950-60 – are Luigi Musso, Jean Alesi and Jarno Trulli.

Musso shared a Lancia-Ferrari with team leader Juan Manuel Fangio to win the 1956 Argentinian GP at Buenos Aires. Although a rare occurrence, this being the second of three occasions that it happened – Fagioli’s win was also shared by Fangio, albeit in an Alfa Romeo – I deemed it insufficiently striking.

It’s the same for Alesi’s victory at the 1995 Canadian GP, although I am sure that you will join me in giving thanks that this most charismatic of drivers, a racer born at least 30 years too late, was able to break his duck, and to do so at the wheel of a V12 Ferrari. (Has ever an engine’s note better suited its driver’s nature?) Jean’s ‘surfing’ celebrations on the back of Michael Schumacher’s Benetton were memorable and uplifting, but not historically significant.

And Trulli’s success at Monaco in 2004 was the dullest of the lot – he will disagree, of course – the thoughtful Italian driving his Renault flawlessly to control proceedings from his first pole position. 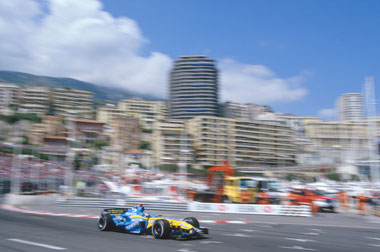 Nineteen out of 22 is a spooky statistic.

GP motor racing is scientific and evolutionary. But occasionally – no more than once every 38.5 races, in fact – it gives you reason to wonder.