In the aftermath of the Mexican Grand Prix, Nigel Roebuck asks whether drivers should be penalised on track rather than in the stewards’ office 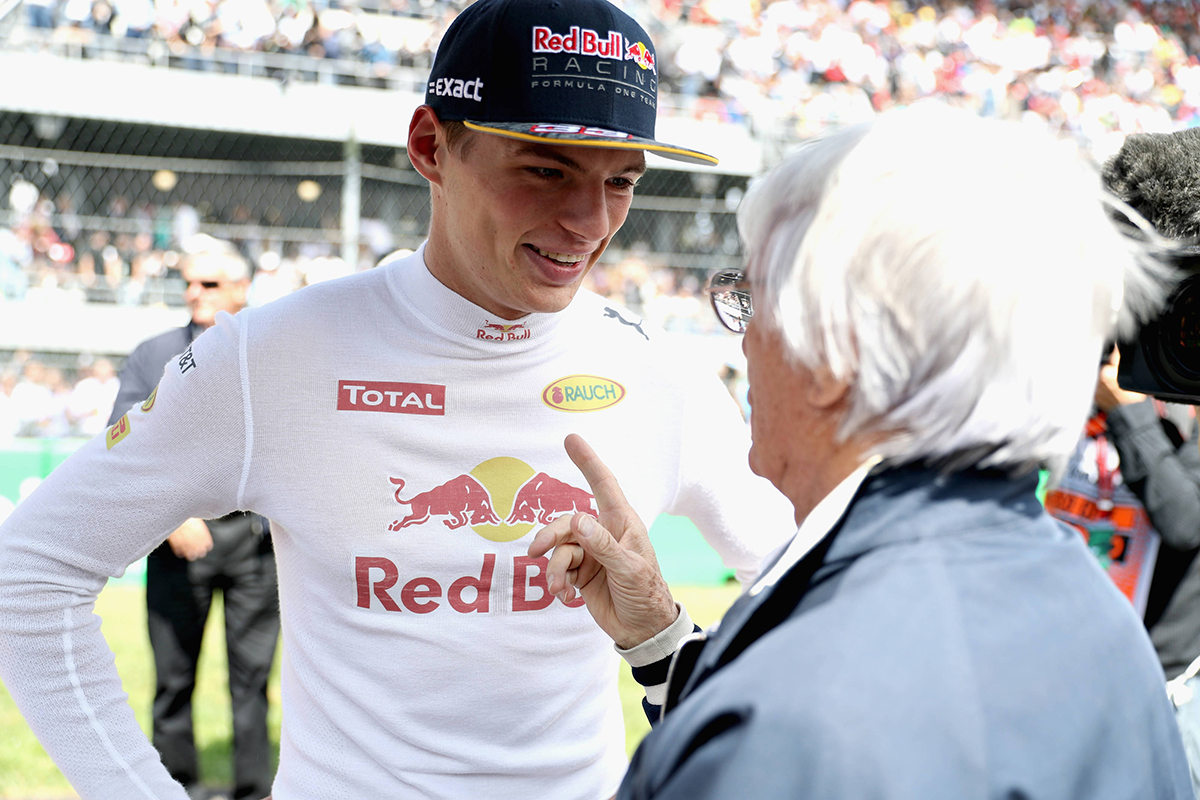 My, my, what a collection of cross little boys! With the two Mercedes away down the road, as usual, a largely dull Mexican Grand Prix finally came to life only in the last few laps, when Sebastian Vettel was closing on Max Verstappen for third place and Daniel Ricciardo was closing on both of them. It was an untidy scrap, and their comments afterwards were unusually fractious.

In one of my earliest interviews with Bernie Ecclestone, back in 1972, he suggested that racing drivers were interested in improving safety – but only up to a point. “We’re not going to Spa (the old Spa, of course) any more because they say it’s not safe, but if you put on a race there – with barbed wire all down both sides of the Masta Straight – and told them it was a million dollars to win, they’d all turn up…”

Many drivers today wouldn’t get out of bed for a million dollars, but 40-odd years ago Mr E’s statement might have had some validity. At the same time, though, I remember doubting that Jackie Stewart – who had long campaigned for the end of Spa, following his accident there in 1966 – would turn up, and Bernie accepted that was probably the case. “Well, all right, not him maybe – but the rest, for sure…”

This was an infinitely more perilous time in motor racing, with carbon fibre monocoques and vast run-off areas far in the future. It was only after Stewart’s accident at the Masta Kink that he pioneered the use of seat belts in Formula 1 cars, and full-face helmets did not become commonplace until 1970. For all Jackie’s ceaseless campaigning for increased circuit safety, many of the tracks that made up the World Championship were primitive, outgrown by ever faster cars. 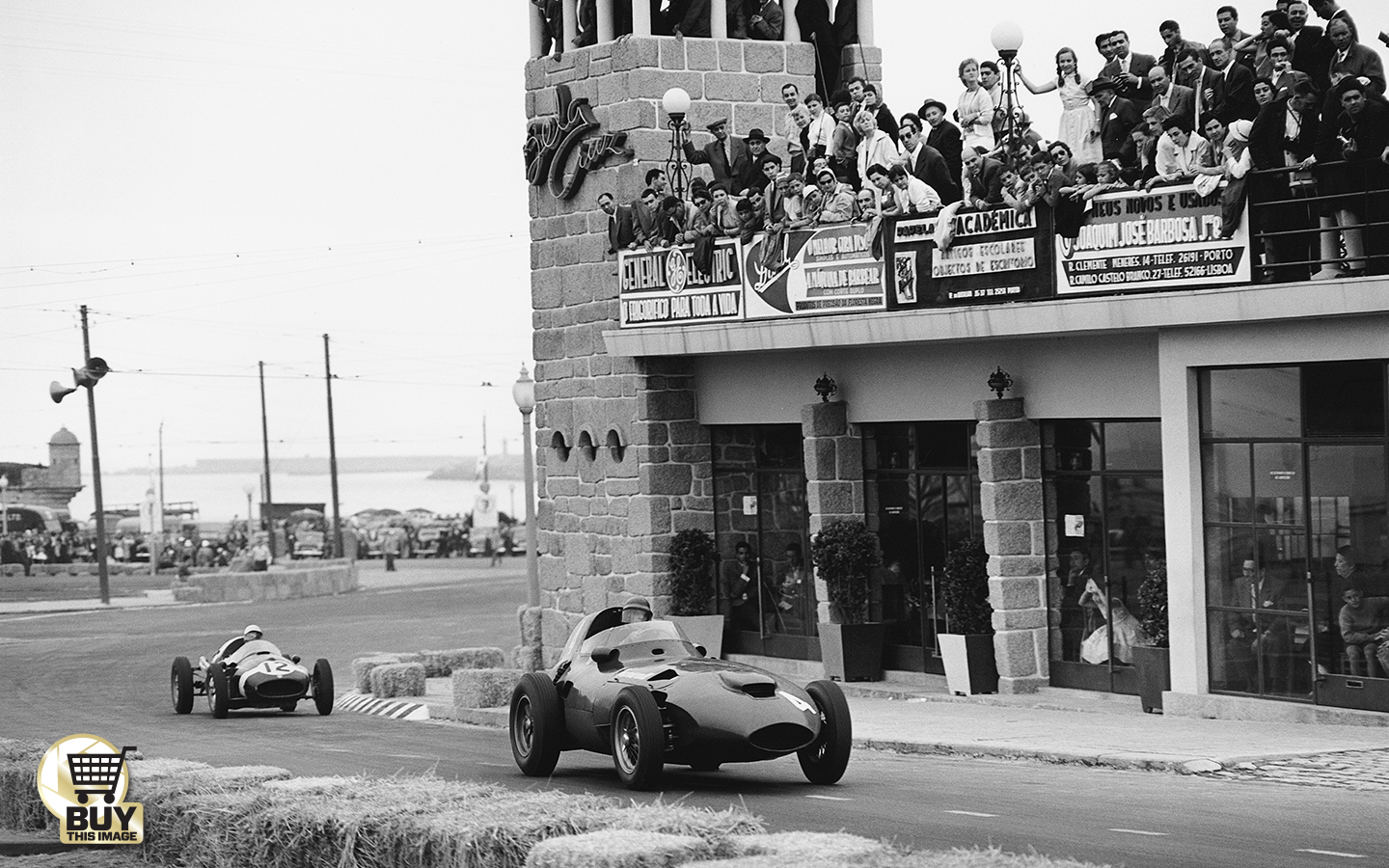 Much had not changed substantially since Job was a lad. Tony Brooks, one of the greatest drivers of the 1950s, told me how those of his era had looked upon their sport: “Safety was never really talked about – the attitude was that the spectators had to be protected at all costs, and that was it. The big attraction was driving a racing car on closed roads, and we accepted that the name of the game was keeping the car on the island. If you went off, you were in the lap of the Gods – you might get away with it, you might not. Nobody will persuade me that there isn’t more of a challenge to the driver if he knows he might hurt himself if he goes off the road.”

Brooks’s last point is surely irrefutable, supported by Phil Hill’s response a decade ago when I talked to him about the antics of drivers in the modern era. “Some of the stuff that goes on today… I just don’t know what to think. I guess they behave like that because they know they can get away with it – that’s the only possible explanation. If guys drove like that in my time, they usually sorted themselves out pretty quickly. What I find kind of ironic about today is that they drive like that – and at the same time spend half their lives talking about safety!”

When the Mexican Grand Prix was all done, Ricciardo and Verstappen were upset with Vettel – who, in turn, seemed upset with most of the world, including race director Charlie Whiting. No one has been more vociferous than Sebastian about Max’s habit of changing his line under braking, to block another car, yet here he was – after a new rule amendment specifically forbidding it – doing exactly that to Daniel.

As you might expect, in his remarks Ricciardo was by far the most measured of the three, but for all that his anger with Vettel plain to see. Sebastian, in his turn, furiously suggested that Verstappen had been ‘backing him up’ into Ricciardo, and was further incensed that Max had not been given an instant penalty for gaining an advantage when he cut across the run-off area at the first corner.

At this point in the debate other drivers suggested that Lewis Hamilton, too, should have been penalised for doing the very same thing on the first lap, emerging still with a good lead. On and on and on… 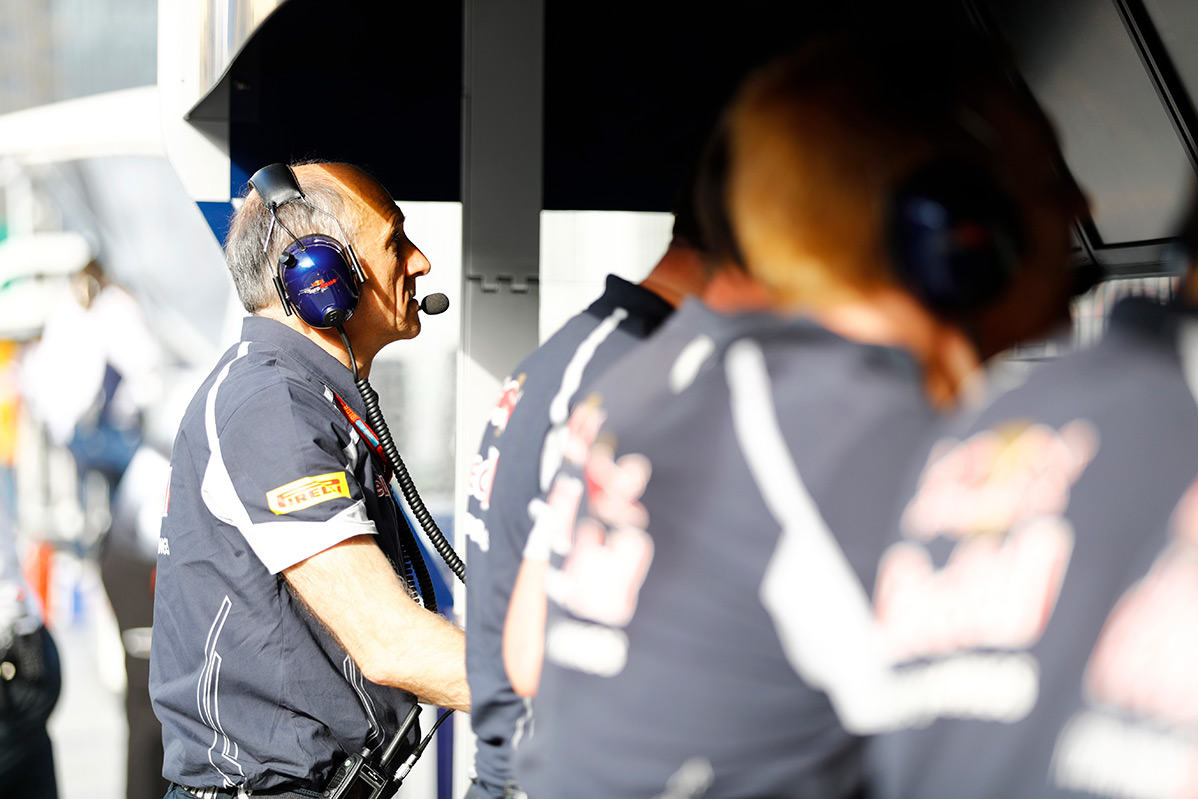 During the team principals’ press conference on Friday, Toro Rosso’s Franz Tost, responding to Ecclestone’s suggestion that walls would be a good way to keep drivers from exceeding track limits, came out with some contentious remarks of his own.

A touch over the top, I thought, and apparently a prescription for anarchy on the race track, but I could sort of understand what Tost was trying to get at. Like him, I groan every time ‘Investigation into incident between…’ flashes up on the screen, but I think we’re all missing the point here. 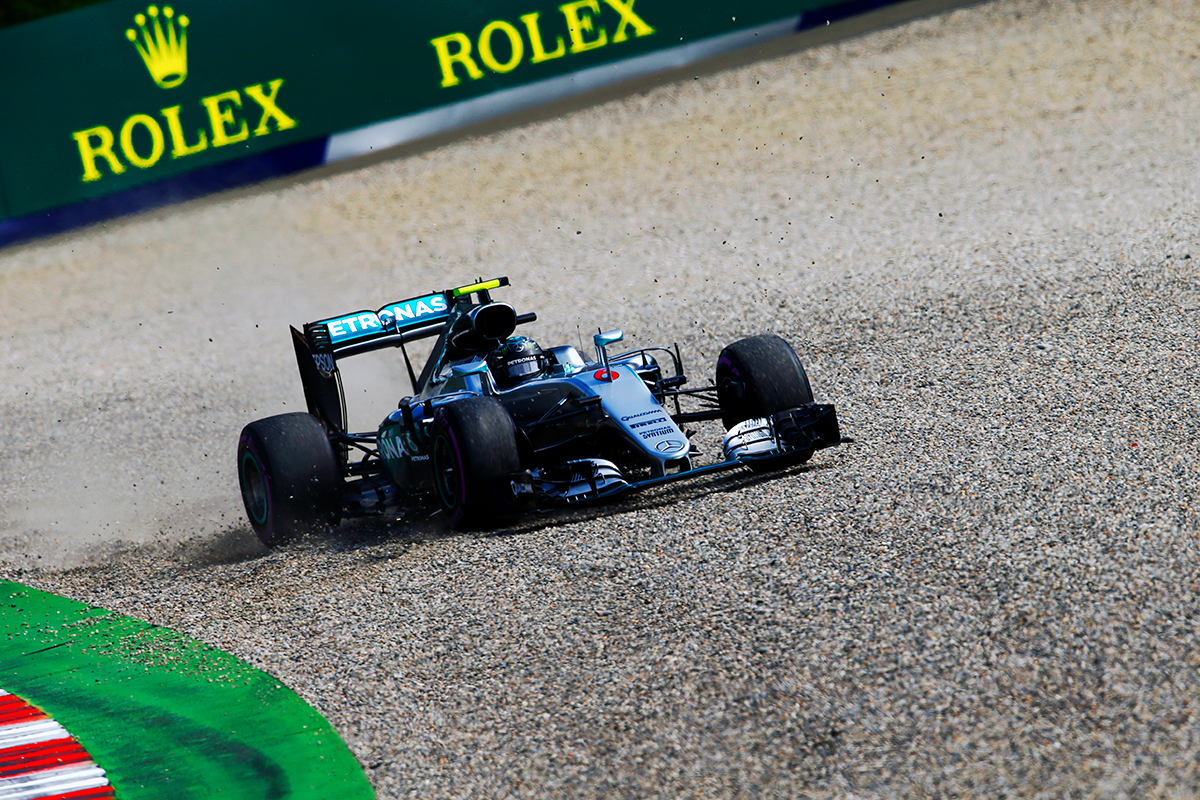 It is still entirely possible sometimes to classify contact between two drivers as ‘a racing accident’ of the kind we have seen for ever. And if a driver screws up, and ‘exceeds track limits’, perhaps then going way off the road and into a run-off area, I think he should be penalised – but by necessarily losing a conspicuous amount of time, rather than by a decision of the stewards, sometimes arrived at quickly, sometimes not until after the race.

Run-off areas have been with us a very long time now, and they grow ever larger with every new or re-worked circuit. As well as that, where once we had gravel traps, now we have great expanses of asphalt making it possible to go off the road with impunity – sometimes to gain from it. As Martin Brundle says, the only reason – save taking evasive action – for a driver to ‘exceed track limits’ is that it’s faster than observing them.

Therefore it seems obvious to me that they should be greatly discouraged from doing so. If the track in Mexico or anywhere else were still bordered by gravel traps, rather than asphalt, there would be no need of automatic investigation by stewards when a driver went off, for even if he were able to avoid instant retirement and drive his way out already he would have been punished by loss of time and positions. 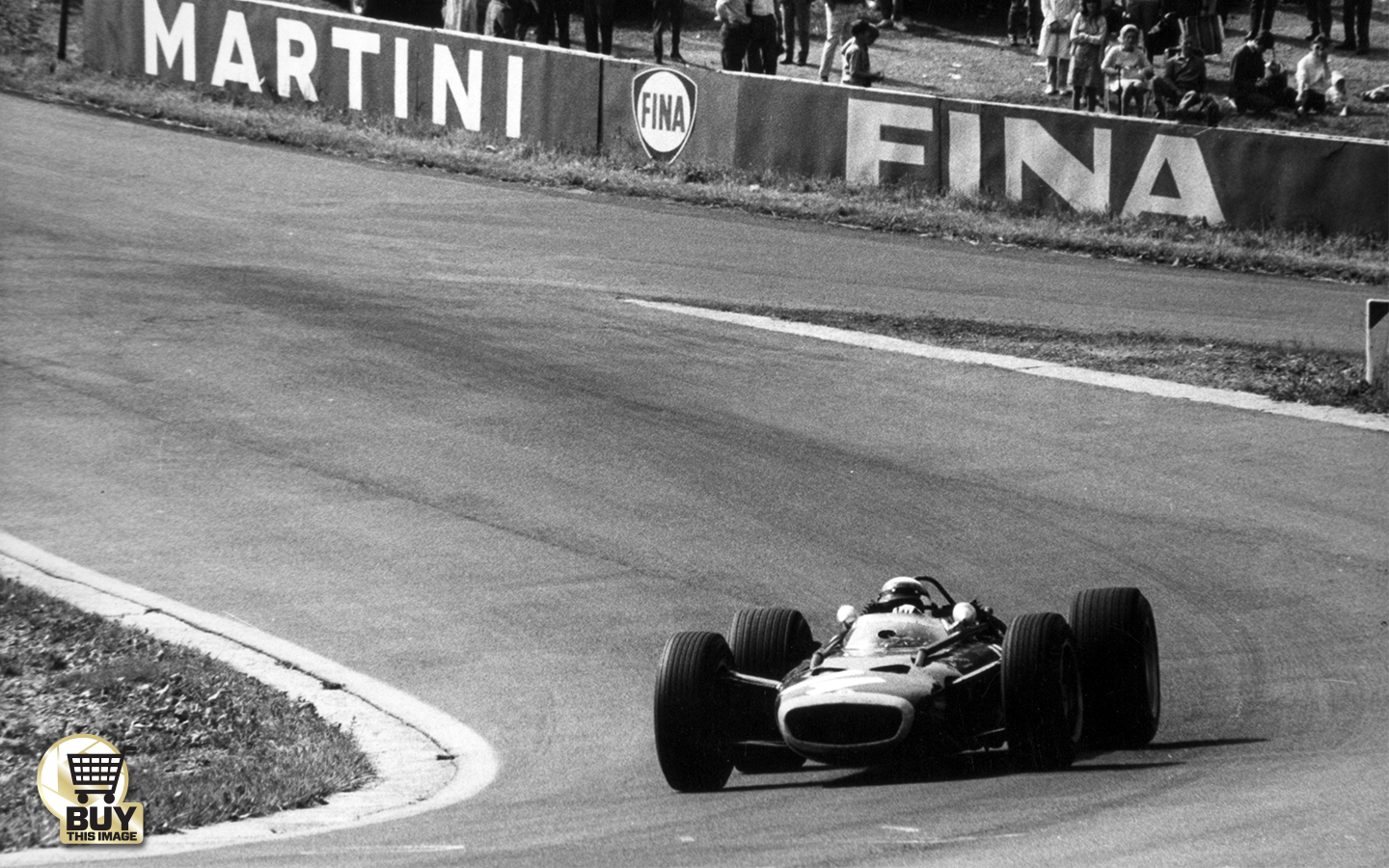 Interestingly, given his life-long commitment to safety in motor racing, Jackie Stewart is no fan of asphalt run-off areas, feeling that they do not sufficiently penalise errant drivers, and therefore inevitably lead to a lack of discipline. “I think it’s completely wrong that people can go off the race track and regain it on almost every occasion with no penalty, in terms of time or position.

“Take a track like Abu Dhabi, where the run-off areas are huge and with a surface compatible with the circuit. Back in 2010 at the last race four drivers were in contention for the championship, including Alonso and Webber. They made early first stops, which was a mistake, and then found themselves stuck behind Petrov’s Renault. To win the championship all Fernando had to do was pass Petrov – but the Renault was quick in a straight line, and this was the last race before DRS was introduced.

“As you know, I admire Fernando’s driving enormously, but in his efforts to get by Petrov, he went off the road four times – and Mark was unable to benefit from that because there was so much grip in the run-off area that running wide on any corner didn’t penalise the driver – or provide an opportunity for the one staying on the road to overtake. Can’t be right.

“The new culture of building race tracks with such enormous run-off areas – not gravel now, but hard surfaces that in some cases give even more grip than the race track itself – has allowed drivers an unrealistic amount of privilege in terms of consciously using more than the track without penalty. I know they have a system whereby someone can be penalised for doing that, but it seems to apply at some tracks and not others – and, as well as that, it takes time for it to be judged by the stewards, and that doesn’t help the spectators or the TV audience.

“Personally I believe precision should be rewarded, and we really shouldn’t have drivers routinely running off the road by a metre, sometimes more, and still retaining their position. I think they should change the road surface to such an extent that there will still be the deceleration factor beyond a certain point, but on the outside of the kerb – two or three metres – there’s a slick surface before you get grip again, so that a car would lose time, yet still be slowed down before possibly hitting the deformable barriers.

“Whatever, we have to do something. The privileges the modern racing driver has with no punishment are totally wrong. We can’t have it the way it is now – it’s gone way too far.”