Formula 1 chiefs have come under renewed pressure from human rights groups over staging the European Grand Prix in Azerbaijan which takes place on June 17-19.

Representatives from Sport for Rights, an international coalition of organisations working to draw attention to abuses in Azerbaijan, held closed-door meetings with the FIA on Monday in a last minute attempt to pressure the sport’s governing body to recognise the problems in the former Soviet state. According to people present at the meeting the discussions were “constructive”.

The backlash among human rights groups will come as an embarrassment for the FIA after it was roundly criticised for holding races in countries with dubious rights records including Bahrain and China.

Before the 2012 Bahrain GP Bernie Ecclestone dismissed the controversy, saying it had “nothing to do with Formula 1. We don’t go into a country and interfere with their politics. I don’t think sport should.”

Nonetheless, in the aftermath of the race the FIA did introduce a human rights code of practice, “committed to respecting internationally recognized human rights in its operations globally,” a move welcomed by campaigners. 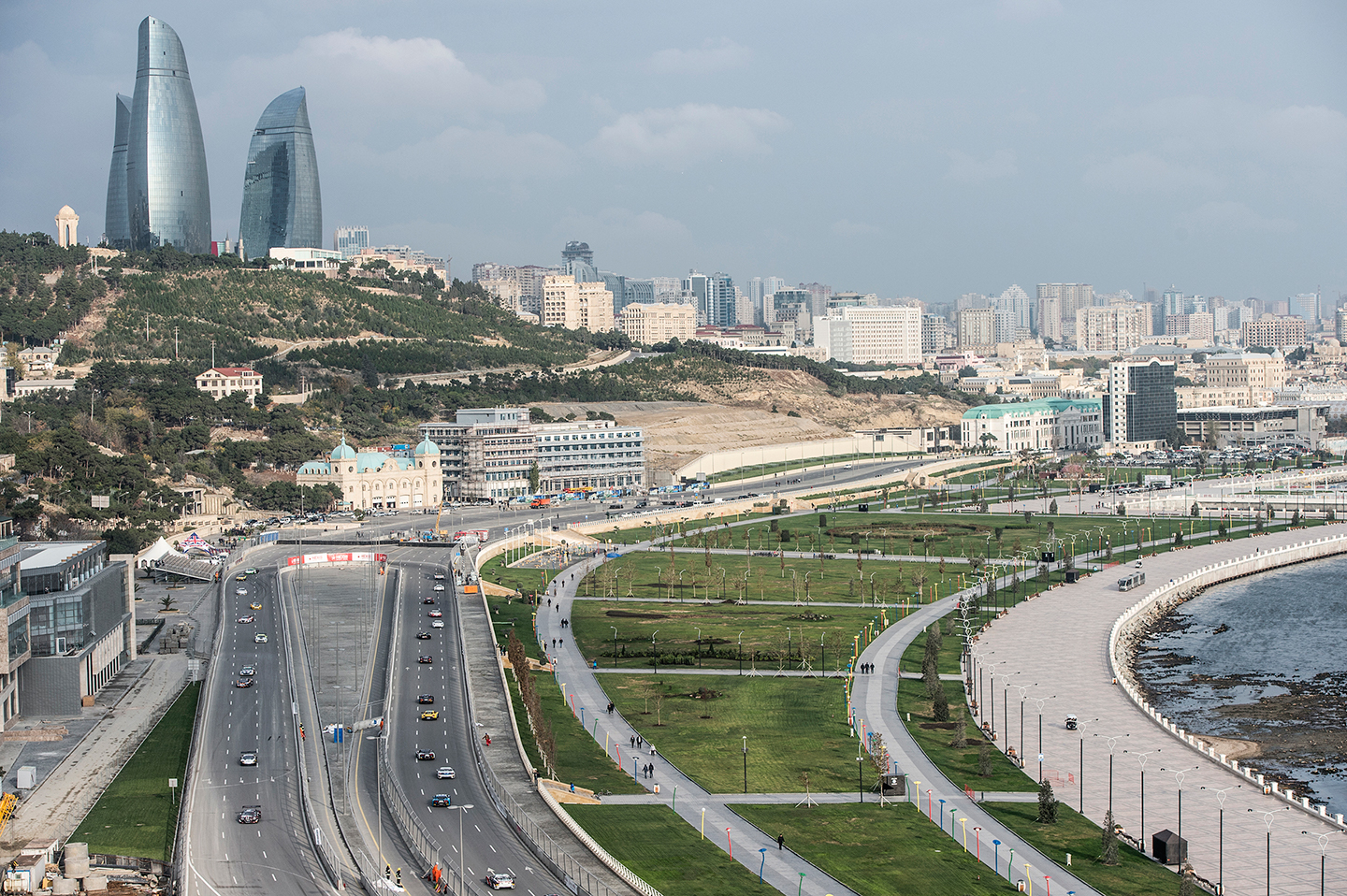 However, in a briefing to reporters on Tuesday, Rebecca Vincent, a former US diplomat and coordinator of the Sport for Rights campaign, said the upcoming race in Baku, the capital of Azerbaijan, was an affront to human rights and would bestow legitimacy on a regime that has imprisoned journalists and is currently embarking on an unprecedented crackdown on political opposition. She said that in addition to lobbying the FIA, the group had also asked for celebrities booked to perform at the race, including the American singer Pharrell Williams, to cancel their appearances.

As well as embarrassing F1 chiefs, the campaign could spell trouble for the sport in the long term. In an age when sponsors are highly reactive to public opinion, being associated with a sport that is accused of ignoring concerns about human rights could lead to them withdrawing their support. Campaigners point to the example of FIFA, where major football sponsors including Visa and Coca-Cola joined calls for Sepp Blatter to stand down in the wake of corruption allegations.

Formula 1 can ill-afford to lose sponsors: last year the 10 F1 teams raised $750m in sponsorship, down from $950 three years before. “Sponsors are running out of patience with bodies, including F1, which are associated with poisoned regimes,” according to Phil Bloomer, executive director of the Business and Human Rights Resource Centre. “Some are tied in to long term deals, but we are seeing them becoming more activist.”

The race in Baku takes place on closed roads through the historic city. It is the latest global event to be held in the oil rich country: in 2015 the country hosted the European Games and in 2012 it hosted the Eurovision song contest, the same year it began holding a round of the Blancpain Sprint Series.

View the remaining races of the 2016 F1 season